It’s fair to say that League of Legends: Wild Rift is a complex game. Sure, you can pick it up and give it a go, but there’s an awful lot you’re going to have to learn if you want to actually get good at it. So much so, in fact, that it can feel pretty darn overwhelming when you first start to play.

Which is why we’ve put together this League of Legends: Wild Rift guide that’s going to explain some of the deeper elements of League of Legends: Wild Rift. If you’re brand new to the game, it’s a great way to start to better understand, well, what you’re supposed to be doing. And if you’ve been playing for a while, it might give you an idea of where you’ve been going wrong.

Whatever the case, you’re going to find something that can help you out here. We’ve tried to put everything in pretty simple language, but there’s going to be some Wild Rift specific jargon here as well. But, if you want to become a better League of Legends: Wild Rift player, you’re going to have to understand that jargon too.

First up we’re going to take a detailed look at the six different classes that the characters in League of Legends: Wild Rift fit into. Some of them have some crossover between different classes, or a secondary class, but these are the six core classes and understanding what they do is key to succeeding in Wild Rift. You wouldn’t try and drive a car without knowing what the pedals do, and you shouldn’t play League of Legends until you know what the classes do.

Fighters are also sometimes known as bruisers, and they’re great at dealing out and soaking up damage. They’re front line attackers who need to be in the heart of the battle, protecting their team and focusing their damage on high priority targets. If anyone tries to flank your team, it’s your job to fight them back.

Fighters are weak against ranged damage dealing characters like Mages and Assassins, but strong against Assassins and Tanks. There are two Fighter subclasses – Divers and Juggernauts. Divers are the more mobile of the two, playing like a tougher assassin. Juggernauts are essentially damage-dealing tanks, but they sacrifice a lot of mobility in the bargain.

Tanks are, as you might imagine from the name, hulking brutes that can soak up enormous amounts of damage. They also use crowd control to stay in charge of the battle, keeping the attention of the other team focused on them. The main job of the tank is to stop the other team from doing what they want.

Vanguard Tanks lead the charge, using offensive abilities and dealing out AoE damage. Warden Tanks are all about the defense, and protecting the rest of their team from the attention of the opposite team.

Mages wield their magical powers to deal damage to opponents and stay on top of the flow of the fight. They’re strong against FIghters and Marksmen, but they struggle against Tanks because they can’t deal damage quickly enough to take them down. They’re vulnerable to Assassins as well. 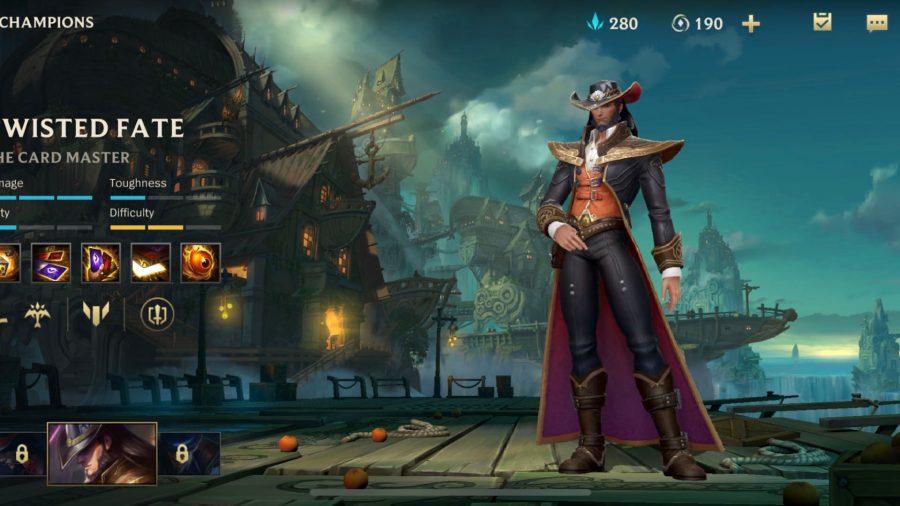 Artillery Mages fire out long range burst damage, but they’re vulnerable when anyone gets close to them because of their general squishiness. Battle Mages play more like Fighters, getting into the thick of the fight, but you’ll need to augment them with defensive items. Burst Mages are super tough slaughterers that can kill people lickety split.

Assassins get up close and personal and deal massive amounts of damage to single targets. They’re fast moving, and they need to be, because they have pretty low defensive capabilities. They can take down Marksmen and Mages, but they’ll struggle against Tanks and Fighters and their big HP.

You’ll want to learn all about ganking – coming out of the jungle and overpowering unsuspecting enemies – if you want to perfect your role as an Assassin. Assassins are fast-moving, and can draw the opposing team’s attention and bait them into wasting their abilities.

Marksmen are the back line of your offence, taking long range shots to destroy enemies before they can get in close. If you’re playing as a Marksman you’ll need to farm plenty of gold from the get-go, since you’ll need to build up your strength with items. Once you’ve done that, though, you’ll be incredibly powerful.

They can take down Tanks and Fighters with fast auto-attacks, but they’re vulnerable to Mages and Assassins who can take them down super quickly if you’re not careful. Marksman characters should be all about securing objectives and towers.

Support characters are – shock horror – all about the support. They’re incredibly vulnerable on their own, but when you team them up with other classes they’re super powerful. If you’re playing a Support character and you find yourself on your own, then it’s a good bet you’re about to be in trouble. 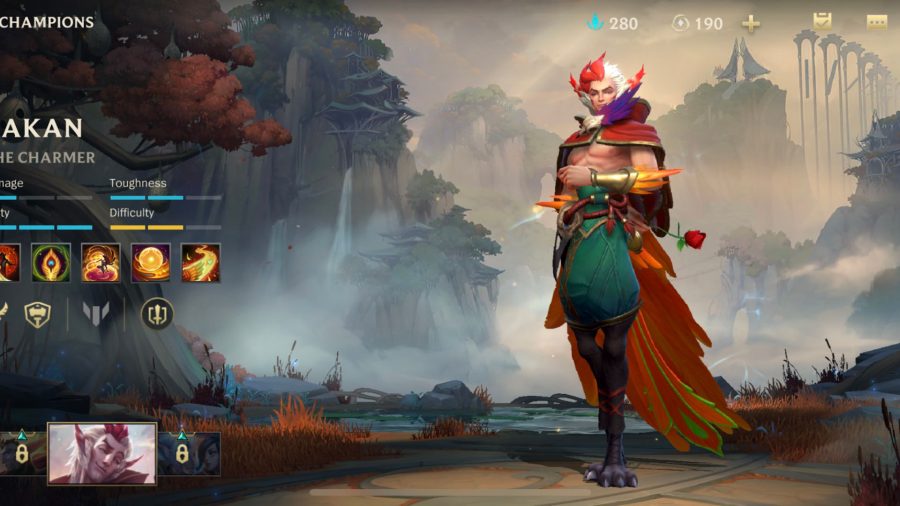 There are two different kinds of Support characters – Catchers and Enchanters. Catchers use crowd control abilities to support the offensive capabilities of their team. Enchanters buff and heal for the main part, although they have limited crowd control skills of their own.

Now we’re going to look at the different lanes and the roles associated with them. These are some of the most important things to get to grips with in League of Legends: Wild Rift, and they can be pretty complex when you’re getting started. But once they start to click, you’re going to get even better.

The Baron Lane is called that because it’s close to the area where Baron Nashor and the Herald spawn. It’s a 1v1 lane, and it’s probably the best place to be when you’re first learning how to play the game. It’s usually populated by Fighters, Tanks or Assassins.

You’ll need to get some map awareness if you want to do well here, keeping an eye out for gankers coming from the jungle to make sure you don’t get overwhelmed. It’s also a good space to learn about trading (dealing damage to other champions) and last hitting minions.

The quicker you win the lane, the better position your team is going to be in when it comes to split-pushing (overloading fights in other lanes) and joining in on team fights. Winning the lane will make you a mid-game powerhouse as well.

The Mid Lane runs through the centre of the map, and it’s another 1v1 lane. Usually you’ll find Assassins and Mages fighting it out for this central ground. It’s the key point for ganking from the Jungle, so it’s a tough place to be if you’re just starting out in Wild Rift. 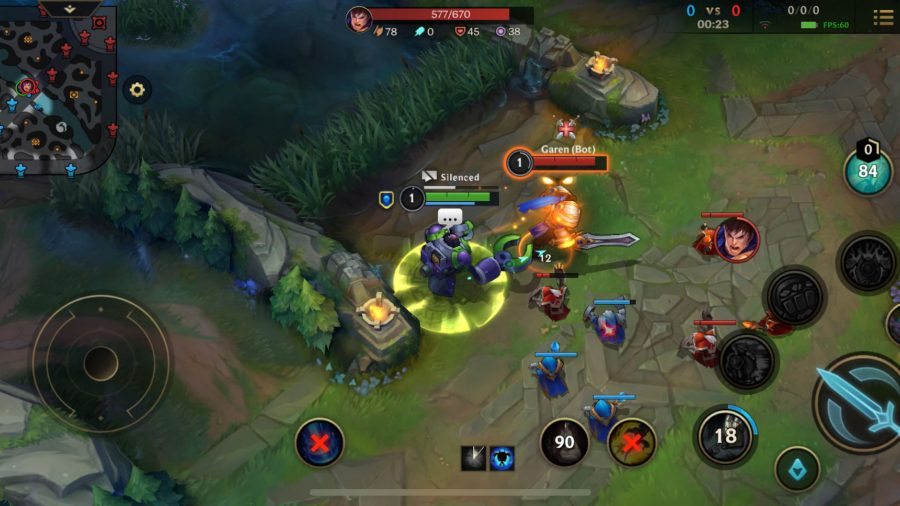 Because the Mid Lane is the shortest of the three lanes, it’s usually the quickest to resolve. That means winning the Mid Lane will give you your Ultimate much faster than the other lanes.

Players taking on the Mid Lane role need to be adaptable, ready to help out players in other lanes when they’ve won their lane and aid the Jungler in some of their tasks as well. They should always be looking to kill when they’ve got their Ultimate as well.

The Dragon Lane is the lane closest to where the Dragons spawn. Unlike the other two lanes, it’s a 2v2 lane. The most usual team here is a Support and a Marksman. Unsurprisingly, it’s also the most complex of all the three lanes to get to grips with.

Marksmen have to farm items and gold to get their stats up, last-hitting minions and staying away from the heart of the fight. The Support character needs to protect the Marksman as well as controlling the lane and keeping the other team at bay.

Players in the Dragon Lane need to farm the dragons, protect the Jungler when they’re in trouble and a whole lot more. The Dragon Lane can become a real battle of attrition, so try not to get stretched too thin or you’re liable to get overrun.

The Jungle is the space in-between the lanes, and it’s a really difficult role to fill for new players. The main goals here are farming the Jungle monsters to get tougher and drop buffs for other players, and gank other lanes when you have to. 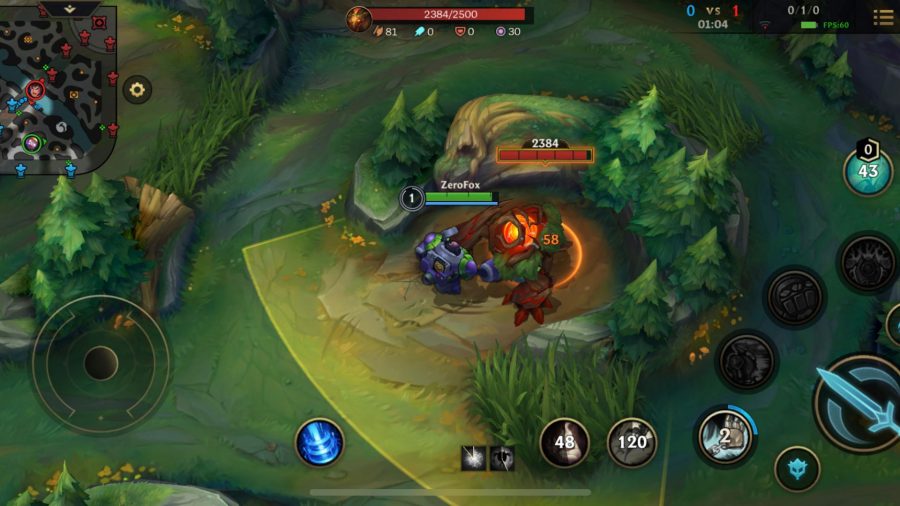 Securing the drakes and the scuttlers is super important and can really change the flow of a battle and give your team boosts and buffs as they move between lanes. Juggling this and ganking is the key to success when you’re the Jungler, and you can’t just focus on one thing.

The best classes to use in the Jungle are Fighters and Tanks. Remember though, you should only be playing as the Jungler if you’re confident with everything that’s going on in Wild Rift.

Last but not least we’re going to check out the different kinds of items that you’re going to be spending your gold on. These are how you toughen up your character in the middle of a game, and spending wisely can make you an unstoppable killing machine.

These items are all about upping the power of your magical spells, making them do more damage, shortening their cooldown times and more. Mages and Support characters are the most likely to be spending their gold here, but some Tanks will as well.

You guessed it – these items are essentially the armour of Wild Rift. They up your HP, Armor and Magic Resistance stats. Tanks and Fighters are going to need to be spending their gold here, but there are going to be situations where any character can benefit from adding some defense to their build. 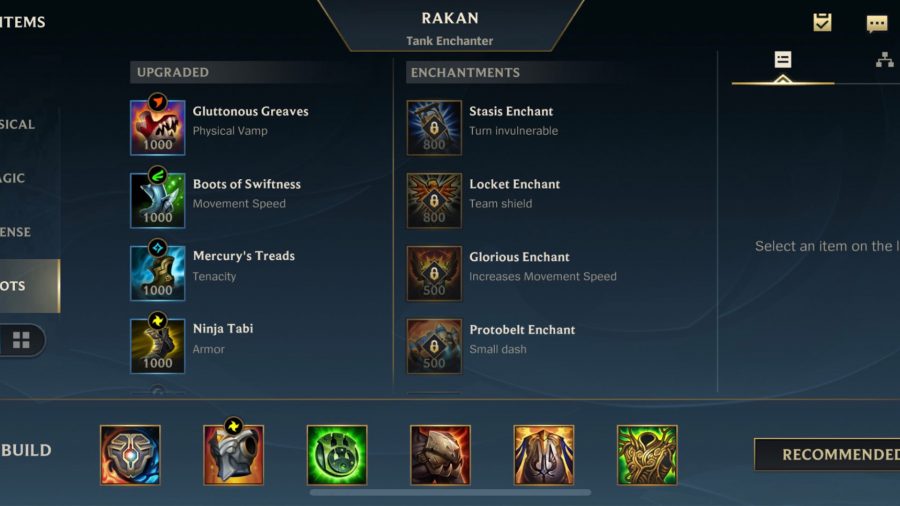 Boots are super important for every character in Wild Rift because they speed up your movement. They’ll also help you dodge skill shots. You’ll also want to think about buying Enchantments for your Boots, which add extra useful powers that can help in different situations.

And that is everything you need to know about League of Legends: Wild Rift. Be sure to check out our Wild Rift Senna, Wild Rift Lucian, and Wild Rift Orianna guides to see what these champions can do. If you’re after something new to play, check out our picks for the best mobile RPGs here.