Immortals Fenyx Rising, the latest RPG to come out of Ubisoft’s seemingly unfatigued game studios, launches on PC and consoles on December 3. And, by consoles, we mean all consoles, including the humble Nintendo Switch. Luckily, we’ve played a bunch already (as you can probably tell from our Immortals Fenyx Rising Switch review) and have a few tips for when you’re starting your epic journey.

First thing’s first: there’s no proper “levelling” system, and you don’t earn any experience. However, you do earn a lot of items from completing missions, slaying enemies, and such, which you can then use to upgrade your stats and abilities. In this guide, we’ll cover the items you need to improve Fenyx’s skills and Godly Powers, as well as tell you how much they cost to unlock, and exactly what they do.

So, if you see a Cyclops roaming about with a health bar half the length of your screen, maybe steer clear until your own health bar is getting to the same stage – or at least until you’ve got a bunch of skills under your belt. For crafting potions you’re best off checking our Immortals Fenyx Rising crafting guide, or for health, stamina, and weapons upgrades, our Immortals Fenyx Rising guide is the place to be.

Everything you need to know about Immortals Fenyx Rising skills and Godly Powers: 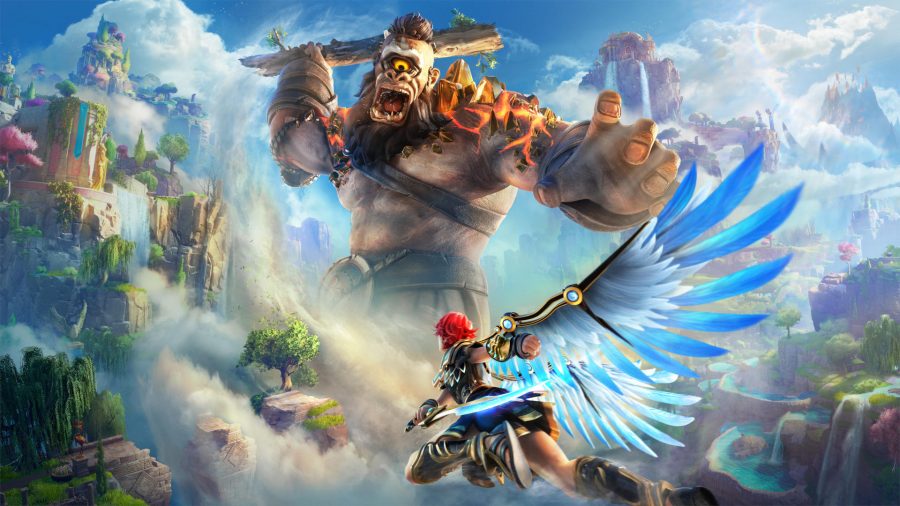 How to unlock all Skills and Godly Powers

Your menu has three sections. A map, an inventory, and then a skills tree. The tree itself isn’t particularly complicated to understand, but you’ll have to work out exactly which skills you’ll want to use before unlocking them, because the Coins of Charon are quite tricky to get hold of. Use them wisely.

Where to get Coins of Charon

You’ll gain Coins of Charon from completing world puzzles. We’ll update this with more information about the specific puzzles you need to complete, and how many coins they reward.

Next, you need to head to the River Styx Cistern – where else would Charon, the shepherd of dead souls, want his currency deposited? There’s one at the Hall of the Gods (your base, so to speak) and you can fast travel there, so we’d recommend using that one. Deposit your morbid coinage in exchange for Skills or Godly Powers. 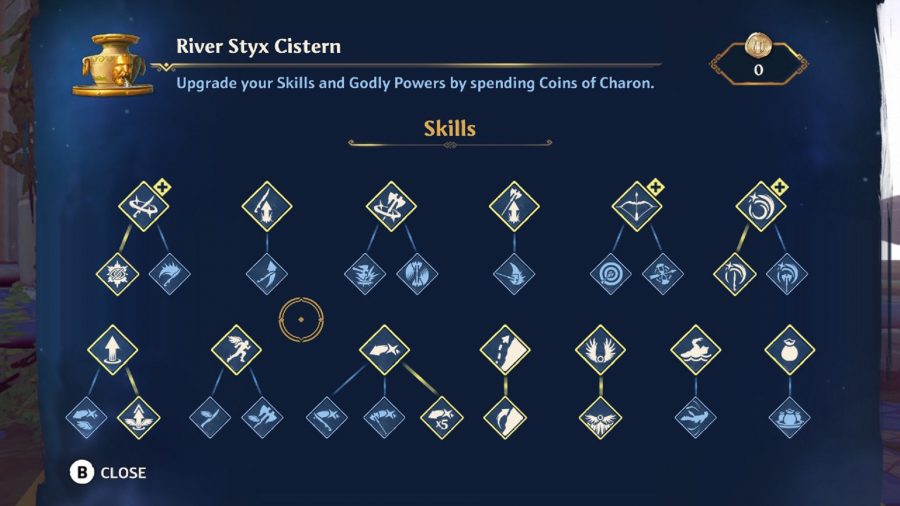 All Skills and upgrades

All of the basic skills are unlocked when you start the game, or through progression. However, you can further diversify your talents by choosing upgrades for your Skills. 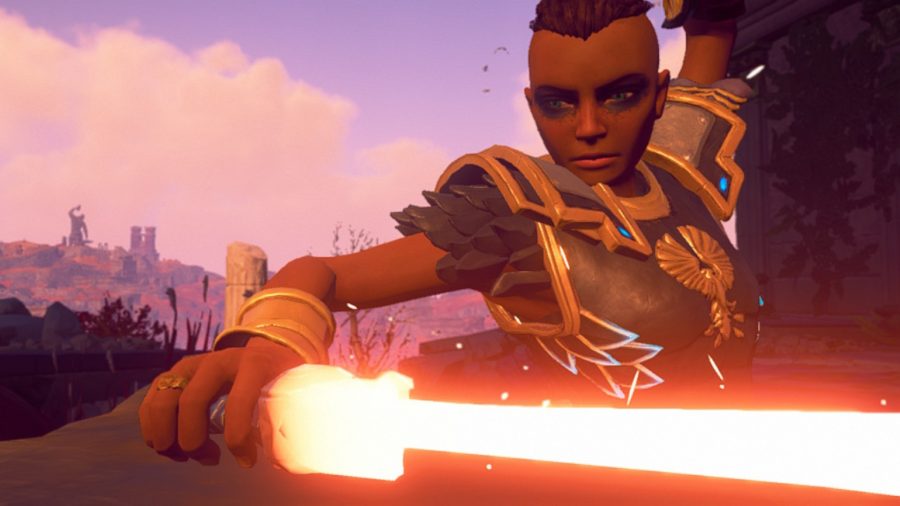 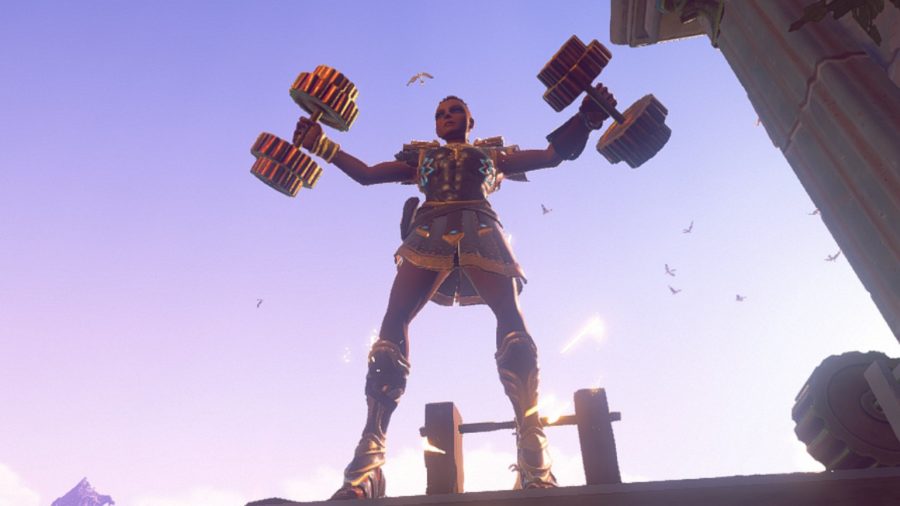 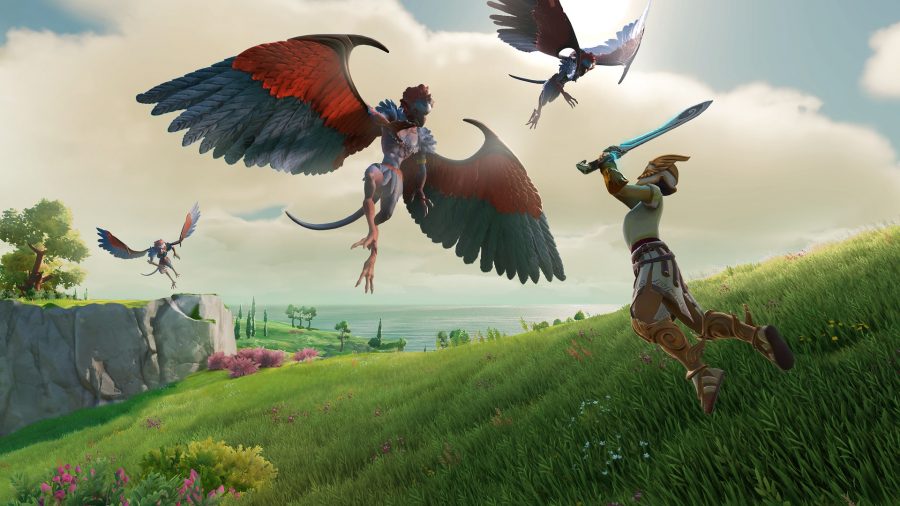 There are all the Skills, and how to upgrade them. Now, you’ve just got to decide how to spend those precious Coins of Charon… Will you be a slow, heavy attacker or a rapid winged foe? Only you can choose. 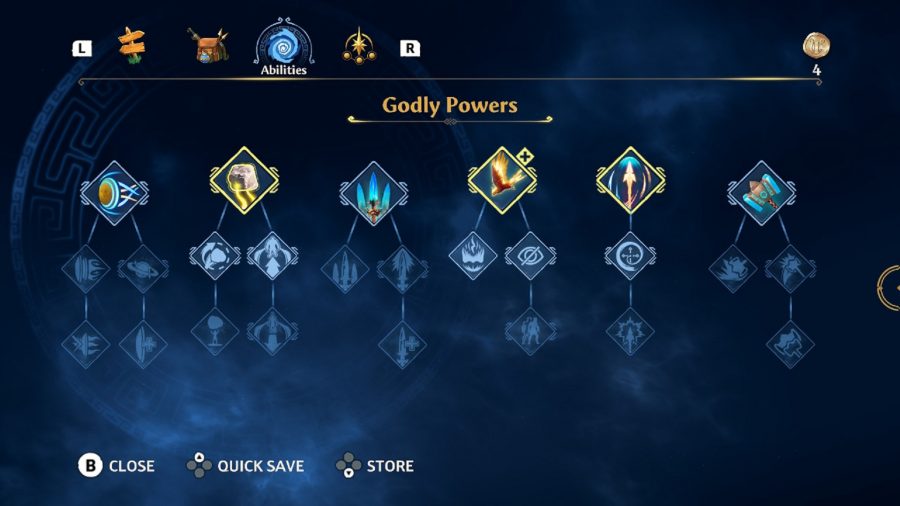 All Godly Powers and upgrades

As well as upgrading your Skills, you can spend Coins of Charon to upgrade your Godly Powers, which you unlock as you progress through the story. This presents another tricky decision, but one you’ll have to face alone. Here are all the options: 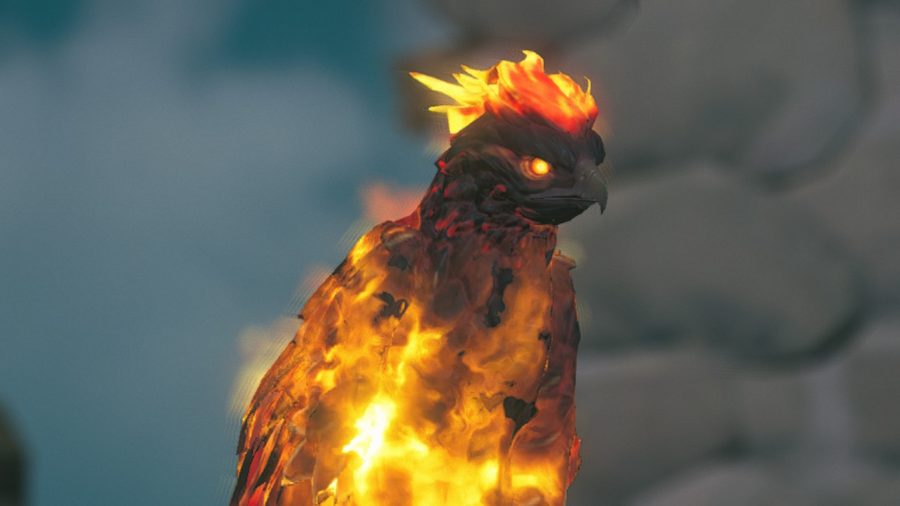 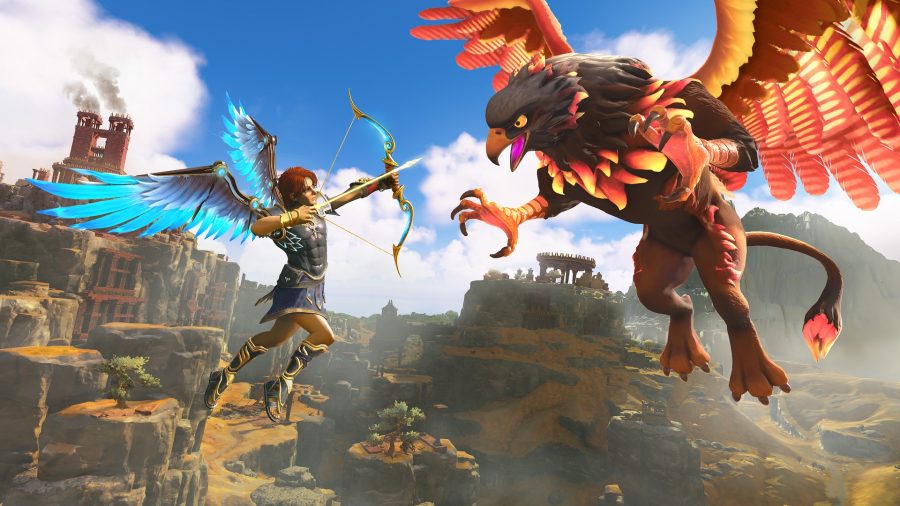 That’s all your possibilities covered, all that’s left to do is choose your poison. You’ll need deep pockets to carry all these Coins of Charon, too, but the ferryman of the Underworld will be glad of your patronage.

If you’re into Immortals Fenyx Rising, you should check out our guide to the best Switch RPGs, or if you want some that fit into a smaller pocket, the best mobile RPGs might be for you.