Gragas is more than just a pretty gut. He’s a super versatile Tank Mage who you can play on pretty much any lane in League of Legends: Wild Rift. You’ll see him most often as a Jungler, but he can also jump in on any other roles. That doesn’t mean he’s an easy Champion to play – far from it in fact. You need to know what’s what to get the most out of Gragas.

That’s where this guide comes in. Here you’ll learn about Gragas’s abilities, his best build and more. You’ll also learn a lot about drinking, because that’s basically his super power. Whether that’s a good message to send, we leave up to you to decide.

Gragas’s passive Ability heals him every time he uses another Ability. It’s hard to overstate how important that can be. If you learn to play him just right, you shouldn’t ever have to recall except to buy your items. 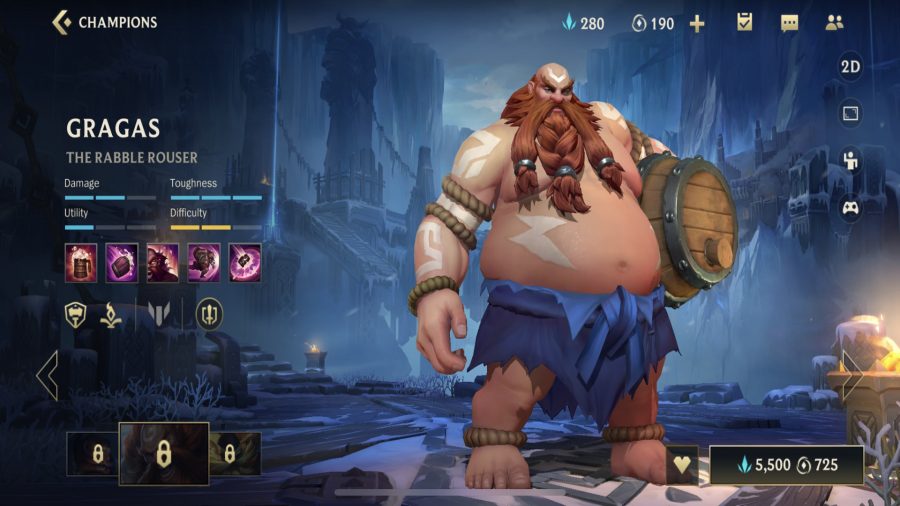 Gragas rolls out a barrel in this imaginatively titled move. That barrel ferments for a moment, then explodes, dealing magic damage and slowing down the enemy. You can trigger the explosion early by recasting. You’ll deal more damage and slow if you let the barrel ferment – you’ll know it’s ready when it turns red.

If you get the timing right you can hide the barrel by comboing it with your Body Slam Ability and pushing your target into the exploding barrel. It’s tricky, but it’s worth perfecting.

Gragas glugs down some booze, reducing the damage he takes while he’s swigging away. It also makes your next auto attack deal splash magic damage to an area. Which sounds a lot like vomiting to us.

You can’t cast or attack when you’re in Drunken Rage, so you’ll want to cast it before you get to a fight to make the most of it.

This one sees Gragas dashing forwards and hitting an opponent. They’ll take damage, get knocked back and then be stunned. A triple whammy of an ability, then. Combining this with Flash can make for some pretty impressive gank possibilities.

This is Gragas’s Ultimate, and it’s pretty cool. It delivers a big chunk of damage over a large AoE and also displaces the enemies it hits. However, it can be troublesome, because you’re never sure where the enemies are going to end it.

Instead of using it to engage, use it to tackle enemies that are already under some crowd control effect. You can also use it to disengage if you’re in danger of getting surrounded and losing a fight.

What is the best Gragas build?

This will power up your magic attacks as well as adding a bit of haste and max mana. Its Discordic Echo passive lines up well with your other Abilities, adding more magic damage when it’s charged up.

These speed up the cooldown of your Abilities, which will help you in two ways. You can use them more, and that in turn will heal you more through your Happy Hour passive. Augment them with the Protobelt Enchantment to get more mobile.

The Infinity Orb has the Inevitable Demise passive which delivers more damage to enemies with less than 35% health. You’ll also get more HP and Ability Power.

Combined with Drunken Rage, the Lich Bane’s Spellblade passive will make your combos even more destructive. 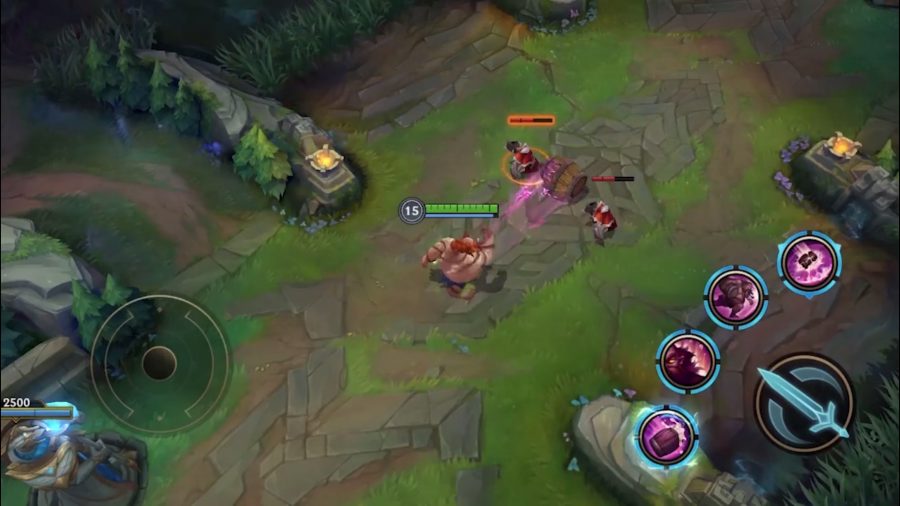 WHAT ARE THE BEST RUNES FOR Gragas?

The extra burst damage on successful combos makes this one a must have.

More damage thanks to extra AP and Magic Penetration. Just what the drunk doctor ordered.

The extra health and CC resistance from takedowns can come in really handy.

Since Gragas is often the Jungler, this one is a no-brainer.

WHAT ARE THE BEST SPELLS FOR Gragas?

You shouldn’t be in the Jungle if you haven’t got Smite. Consider swapping it out for Ignite if you’re playing in one of the other lanes though.

Great for engaging and escaping, and an important part of a lot of Gragas’s potential combos.