Wukong is a cheeky trickster monkey god who is one of the most interesting Fighter class Champions in League of Legends: Wild Rift. He can work as a Baron Lane bruiser or take on the Jungler role and cause all sorts of havoc in the early game. He’s ultimately a versatile Champion with plenty of scope for experimentation.

He’s got a big stick, not to mention some of the most interesting abilities in the game. Jungling with Wukong can set your team up for an early game victory if you play just right, and he mixes up Fighter and Assassin into a heady blend. Basically, League of Legends: Wild Rift’s Wukong is really good if you know how to use him.

Which, hopefully, you will do after you’ve read this guide. We’ve broken down Wukong’s Abilities so you know what’s what, and we’ve got a suggested build to make him even stronger as well.

Wukong can be a super beast if you use him just right, so let’s jump in and find out how to do that. 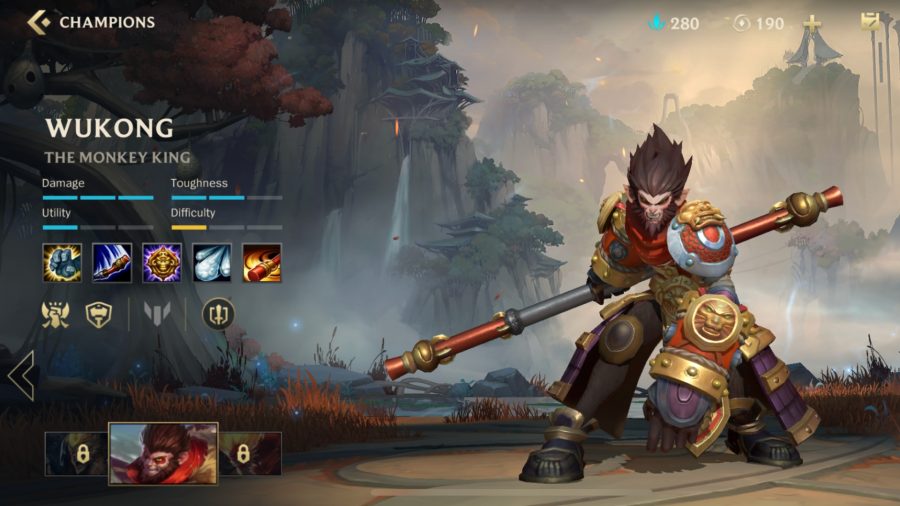 What are Wukong’s abilities?

Every time you land an attack or ability with Wukong you’ll get a 3% damage boost thanks to Crushing Blows. That effect can stack five times, giving you a 15% damage increase ceiling. The more hurt you do, the more hurting you’re capable of.

Wukong’s clones can also add to the stack (Clones!?! More on those in a bit), and hitting an opponent with Cyclone will add four stacks.

This is an auto-attack reset ability with some other tricks up its sleeve – you’ll find that Wukong has lots of tricks up his sleeve. Land a blow with Golden Staff and you’ll increase the damage of your next attack, healing yourself in the process.

Hit a minion and you’ll get half the damage back as HP, while hitting Jungle monsters gets you all of it back as a heal. You’ll also get a range boost to your next attacks, which can come in really handy when you’re up against ranged Champions or you’re trying to kite.

This is where the clones come in. Warrior Trickster sees Wukong darting forwards, turning invisible, and leaving a clone behind. That clone will attack anyone nearby for half the damage that Wukong usually deals.

There’s plenty you can do with this ability, from tricking other players to increasing the reach of your ultimate. You can use the dash and the invisibility to get closer to players when you’re ganking, and loads more besides.

This ability lets you close gaps and engage your foes. You leap towards the targeted enemy, dealing a chunk of damage and unleashing two clones on nearby foes. Those clones will attack the target if there’s no one else around.

Afterwards, your attack speed will get a boost as well. Nimbus Strike will follow enemies, so you can use it to stop them from disengaging with fights if you time it just right. Or, if you’re in trouble, use it to get away quickly by targeting a jungle monster. It’ll even take you through walls if the target is in sight.

Wukong’s Ultimate is an AoE attack that knocks-up Champions the first time it hits them. It also deals damage related to a percentage of your max HP for as long as it sticks around. Plus, you’ll get a speed boost. Clones will also cast Cyclone, but their damage won’t stack – you can’t hit an enemy with it twice.

If you get Cyclone just right, you can use it to knock-up all five Champions on the opposing team. That can cause absolute havoc in team fights and put your side in a great position to do some awesome damage. 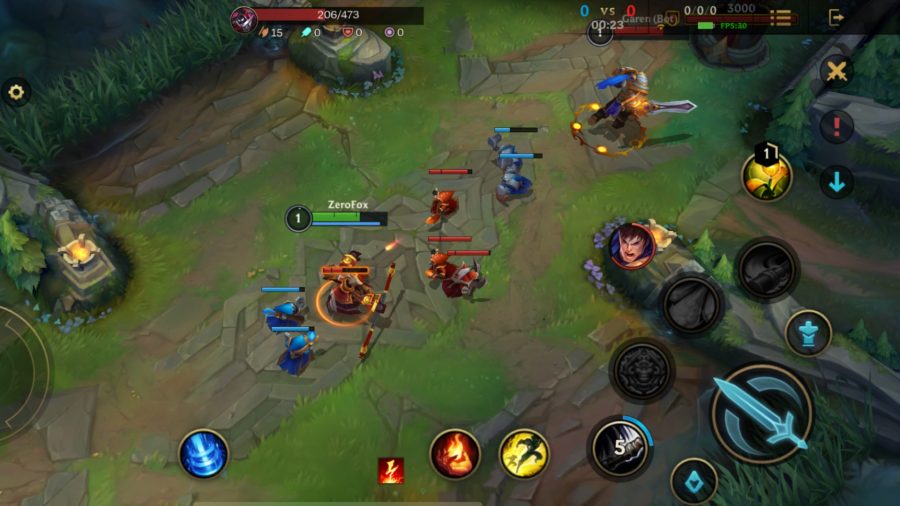 Alongside boosts in health, attack damage, and ability haste, the Black Cleaver gives you two passives. Rage increases your movement speed after attacks and kills, while Sunder reduces an enemy’s armour for every hit you land on them.

With these you’ll get extra magic resistance and tenacity, which helps you overcome crowd control effects quicker. Add the Teleport Enchant to give yourself the ability to split-push lanes and jump where you’re needed.

You’ll get some HP and attack damage buffs from these, as well as the Lifeline passive that gives you a shield when your health drops to a certain point.

This one gives you boosts in health and magic resistance. You’ll also buff healing effects, which makes your Golden Staff even better.

Randuin’s Omen reduces the power of ADC Champions against you by cutting down the damage you get from critical strikes and slowing down their attack speed.

Essentially, Guardian Angel gives you a second life. When you’ve taken lethal damage, it’ll kick in and get you back in the fight, which is super helpful.

What are the best runes for Wukong?

The best rune for Bruiser Champions. It increases your damage up to five times, with an extra bonus when you’re fully stacked. Combined with Crushing Blows you can get a 25% damage boost.

This one will increase your damage and your armour penetration, both of which are going to come in very handy.

With this you’ll get extra HP and tenacity every time you perform a unique takedown.

You’ll get a boost to the healing power of Honeyfruits and get extra gold every time you eat one. If you’re playing as the Jungler, consider taking Pathfinder instead.

What are the best spells for Wukong?

The more kills you get early in the game, the more useful you’re going to be later on, so use Ignite to bring the pain early. If you’re the Jungler, swap this out for Smite.

Flash opens up offensive and defensive possibilities that don’t exist without it, so it should be your first choice every game.