League of Legends: Wild Rift Malphite is a popular Champion because he can take more physical damage than any other. He’s also super useful when it comes to team fights, and his Ultimate, if you learn to use it just right, can turn the tide of a battle. If you’re thinking about tanking, then Malphite should be close to the top of your list.

In this guide, we’re going to break down all of Malphite’s abilities, as well as suggesting a super strong build that’s going to enhance his powers even more. We’ll even look at the Runes and Spells you should be equipping him with.

Basically, we’re going to tell you everything you need to know to become an awesome League of Legends: Wild Rift Malphite player. So let’s get on with it, shall we? 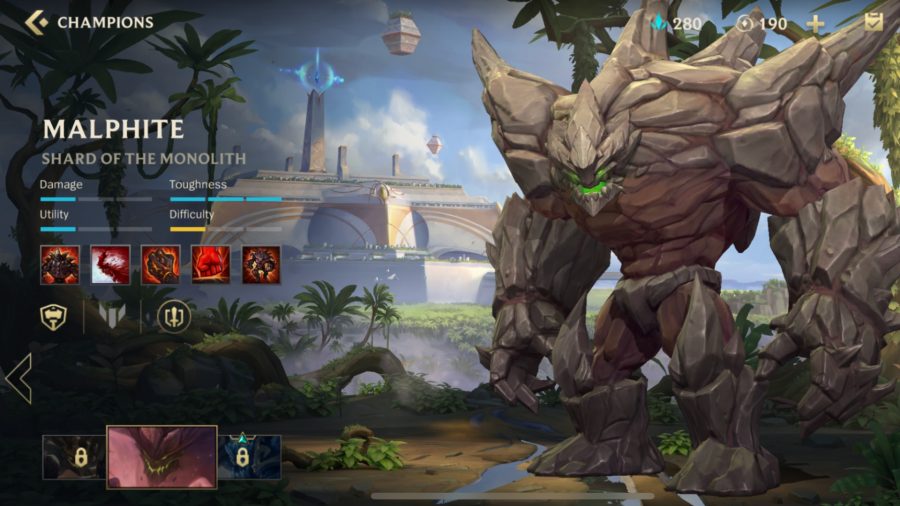 This passive ability gives Malphite a shield based on his max HP. You have to be out of combat to generate the shield, but only for a short time. This comes in super handy for building up a HP advantage over the opposing Champion in your lane.

A single-target spell that deals magic damage. It also slows down the target and speeds up Malphite to the same degree. You can use it in the early game to poke other players, since it’s unavoidable once cast.

Later in the game, you can use it to keep enemy damage dealers away from the scrap if you use it right.

This is the core of Malphite’s defensive arsenal. The passive part of the attack gives him a boost to his armour, which, as you might imagine for a tank, can come in super handy. It fires out in a cone in front of Malphite, dealing more damage to the first opponent it hits.

It’s also an auto-attack reset, so if you get your timing right you can bookend it with auto-attacks for even more damage.

An AoE attack that scales with your armour. The higher your armour stat, the more damage it’s going to do. It also slows down the attack speed of any enemy that gets caught in the blast, letting you mess up the damage output of other Champions.

Malphite’s Ultimate is, as you might be able to tell from its name, unstoppable. The move itself is an almost instant dash forward that deals damage and knocks up anyone caught in it – throwing them into the air.

It’s a great move because of the way it incapacitates attackers, giving your own team a chance to take them out. The dream is catching the whole opposing team in your Unstoppable Force. 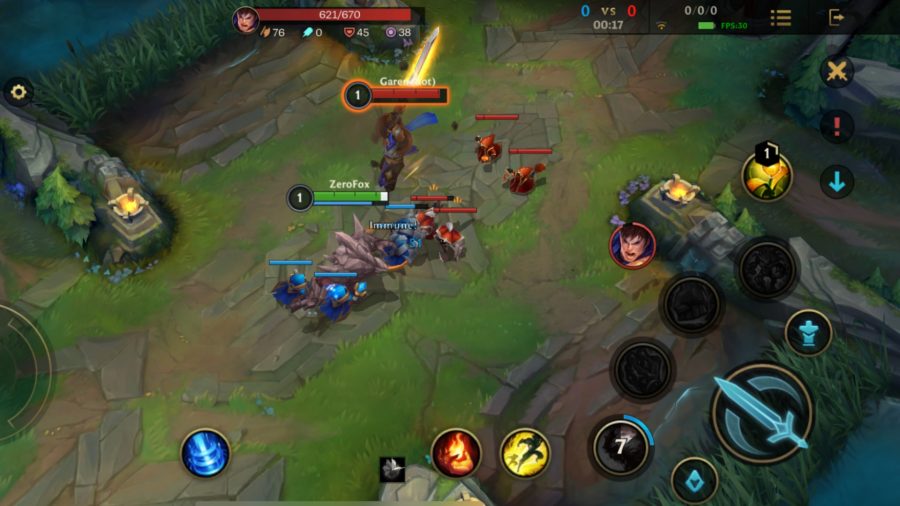 This will give you extra mana and armour, and the Spellblade passive to increase your attack power. You’ll also slow down enemies and gain haste which can shorten the cooldown of your moves.

More armour, but Ninja Tabi also lowers the amount of damage you get from auto-attacks. Depending on how the game is going, you can enchant with the Gargoyle Enchantment to get more HP, or the Glorious Enchantment for more speed.

Even more armour, more HP, and a boost to your movement speed. Dead Man’s Plate is the triple tank whammy.

This reflects a portion of the damage you take back on your enemy, and the damage you deal increases with your Armor stat. It also deals Grievous Wounds to attackers.

This gives you more HP, Mana, and Magic Resist. It comes with the Abyssal passive that increases the amount of magical damage those around you take.

This reduces the damage and attack speed of anyone taking you on, giving you a boost in trades.

What are the best runes for Malphite?

A double whammy of an initiator rune. You’ll gain a defensive boost after you use an AoE attack and then, after a short amount of time, you’ll deal a burst of magic damage to anyone around you.

This increases the damage you deal to any enemies you slow or knock up, which you’re going to be doing a lot.

This gives you a boost to whichever of your resistances is lower, and can help protect Malphite against magic.

Every time you perform a unique takedown, you’ll get a boost to your haste. This will speed up your cooldown times, which is great because Malphite’s Ultimate is slow to recharge.

What are the best spells for Malphite?

This will let you set opposing Champions on fire, which is handy if you haven’t managed to finish them off and they start running away.

Using this spell gives Malphite a bunch of extra options when it comes to offence and defence, which is exactly what you want.