Whether that’s new exciting game modes like Labs or Gauntlet, expansions like Call of the Mountain, or in-game events, like the Spirit Blossom Festival. We’re going to round up all of the Legends of Runeterra news worth knowing, and put it in one place – handy, huh?

If you find this article useful, be sure to check out our Legends of Runeterra decks list.

Legends of Runeterra’s latest expansion has been announced. Empires of the Ascended introduces the new desert region of Shurima alongside 110 new cards for the game. You can see some of the region’s new cards in the announcement post, but as with previous expansions, even more will be revealed on Twitter every day from now until release.

Empires of the Ascended launches on March 3 and you can check out the trailer below: 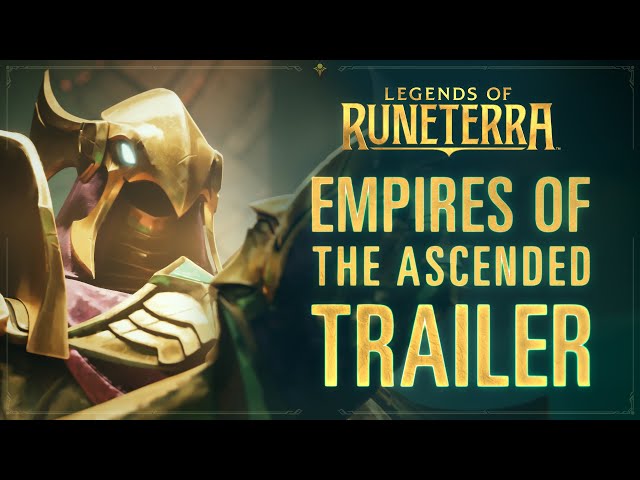 riot releases a call of the mountain design dive

Riot has released a Call of the Mountain Design Dive, explaining how they developed the champions and mechanics for Legends of Runeterra’s most recent expansion. The dive also explains the mechanics behind new champions for pre-existing factions, such as Nocturne, Trundle, and Lulu. The post mentions that the two further Targon expansions that are on the way will flesh out the region even more. 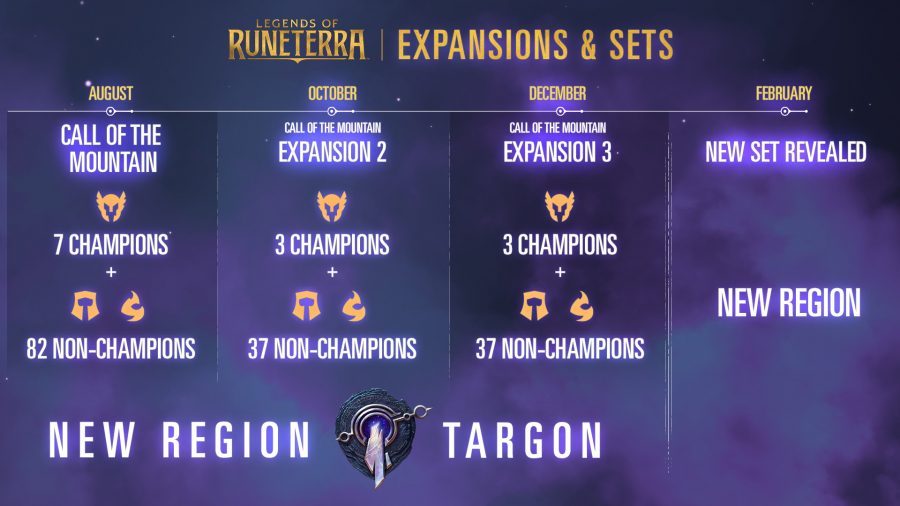 The first expansion of the new Mount Targon region releases on August 26 at 11:00 PT (19:00 BST) and brings with it 89 cards, and 7 new Champions. 51 of these cards are unique to the Targon region, but the other 38 are split across existing regions such as Freljord, Ionia, and the Shadow Isles. For specifics on the new Champions and patch 1.8, see our Legends of Runeterra update guide.

We’ve been covering the card reveals for Mount Targon over the past few weeks, and it seems to be a region of light and darkness, with the Lunari and the Solari as the two primary factions. There are also some pretty crazy looking celestial creatures, like Aurelion Sol, who is basically a space dragon. For further details of future Targon region expansions, you can see the story below, or the useful infographic above. We’ll see you on the mountain!

Some big Legends of Runeterra news has arrived! Mount Targon is to become the card-battler’s newest region, adding 169 cards to the game, along with 13 champions. Here’s what you need to know:

Be sure to grab what you want, as once the festival is done, there won’t be another chance.