Which are the best Minecraft PE mods to play in 2022? Well, that’s a good question, and that’s exactly why we decided to write this article. Minecraft is already a game that essentially allows you to do whatever you want, but by using free mods, you can expand the scope of the game even further.

Minecraft PE mods come in many shapes and sizes, some of them will add new creatures to the game and help make the Minecraft world more exciting, while others add awesome new skins that enable you to bring all kinds of characters into the game, and some of them even add in new items and mechanics which will completely change the way you play.

The imagination of Minecraft fans seems to know no bounds, and this selection of fan-made mods will expand your horizons and help you get even more hours of fun out of this iconic game. Please keep in mind though, that as they are all fan-made, the compatibility with different devices is not guaranteed. 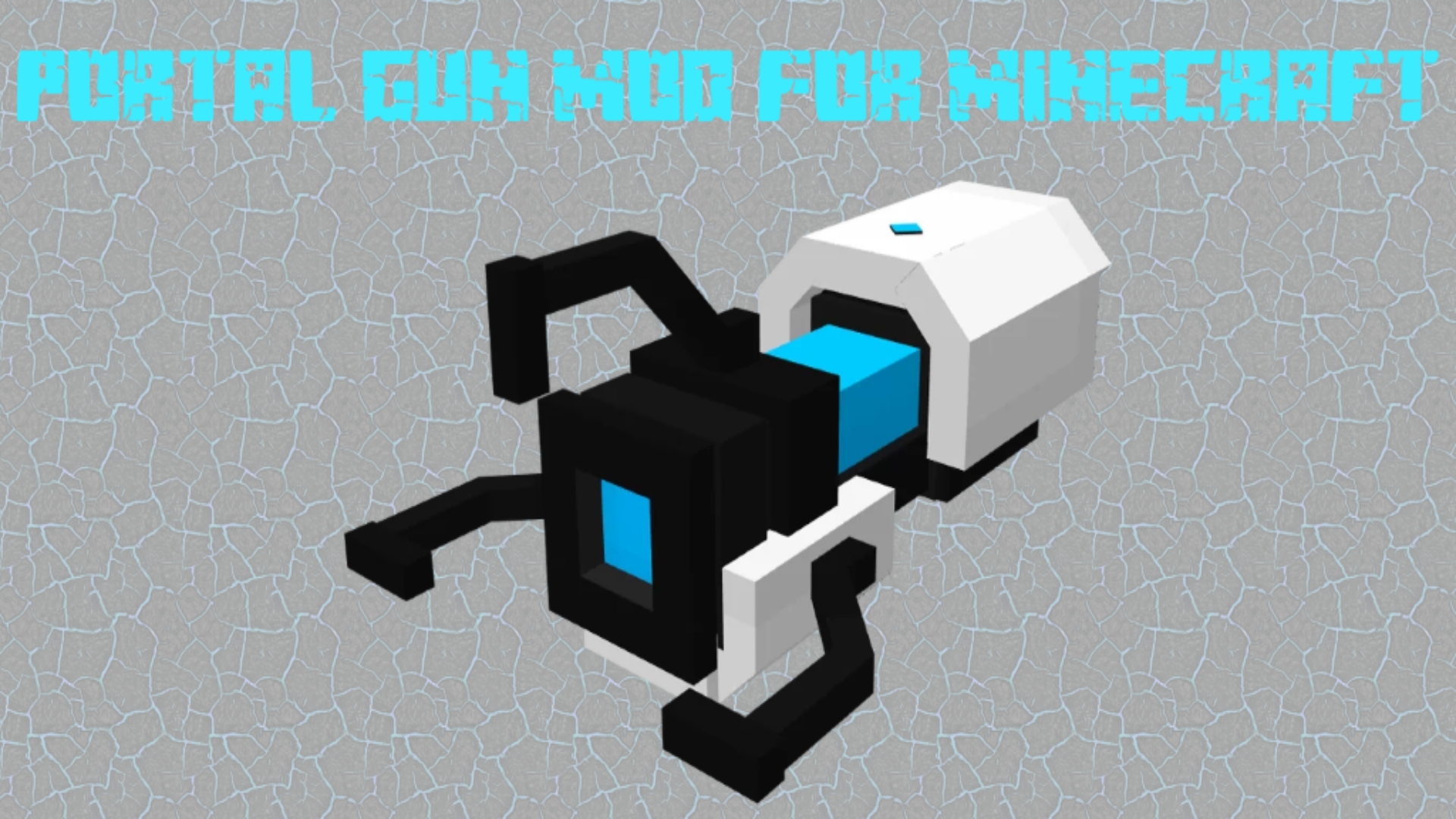 For those who have never played Portal before, the concept of the Portal Gun is sheer genius. You fire the gun at one area, creating a portal, then at another, creating a second portal. These are then connected to each other and you can pass through one and into the other (and vice versa). It gives you a whole new way to explore.

While the Portal Gun itself is the main attraction for this mod, it also adds several other items from the Portal universe, including Companion Cubes, a turret, and more. 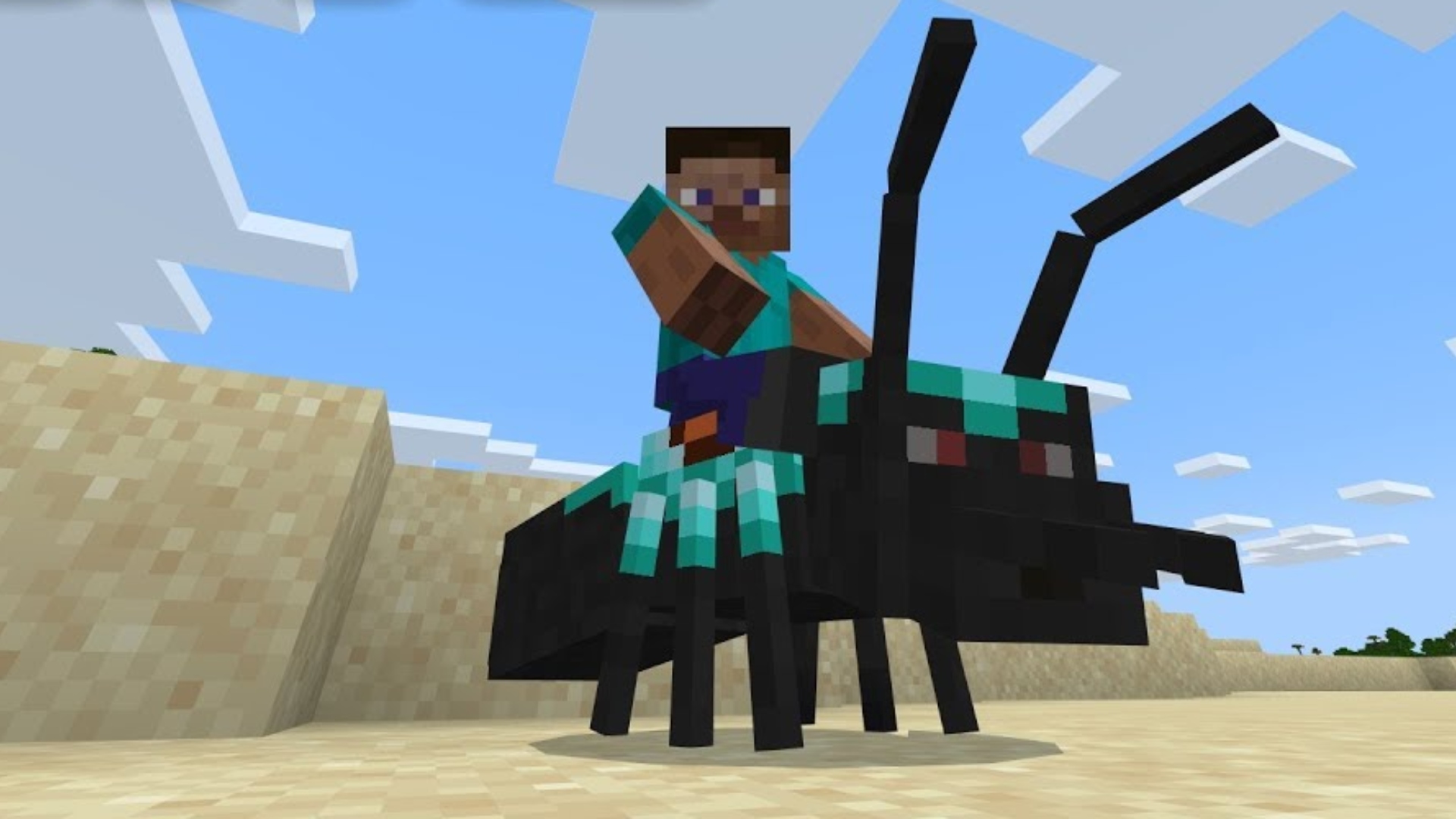 Any guesses what the Ants Mod does? It adds ants. Nothing more, nothing less. But what do ants do in the Minecraft world? Well, there are two types: the first are tiny little ants that, though bigger than their real world counterparts, are a fairly standard Minecraftisation of them who’ll try to bite you if you aren’t careful. Meanwhile, the second type of ants are much larger, and you can even tame and ride them. If you have a soft spot for these six-legged creatures, their addition to Minecraft is something you won’t want to miss. 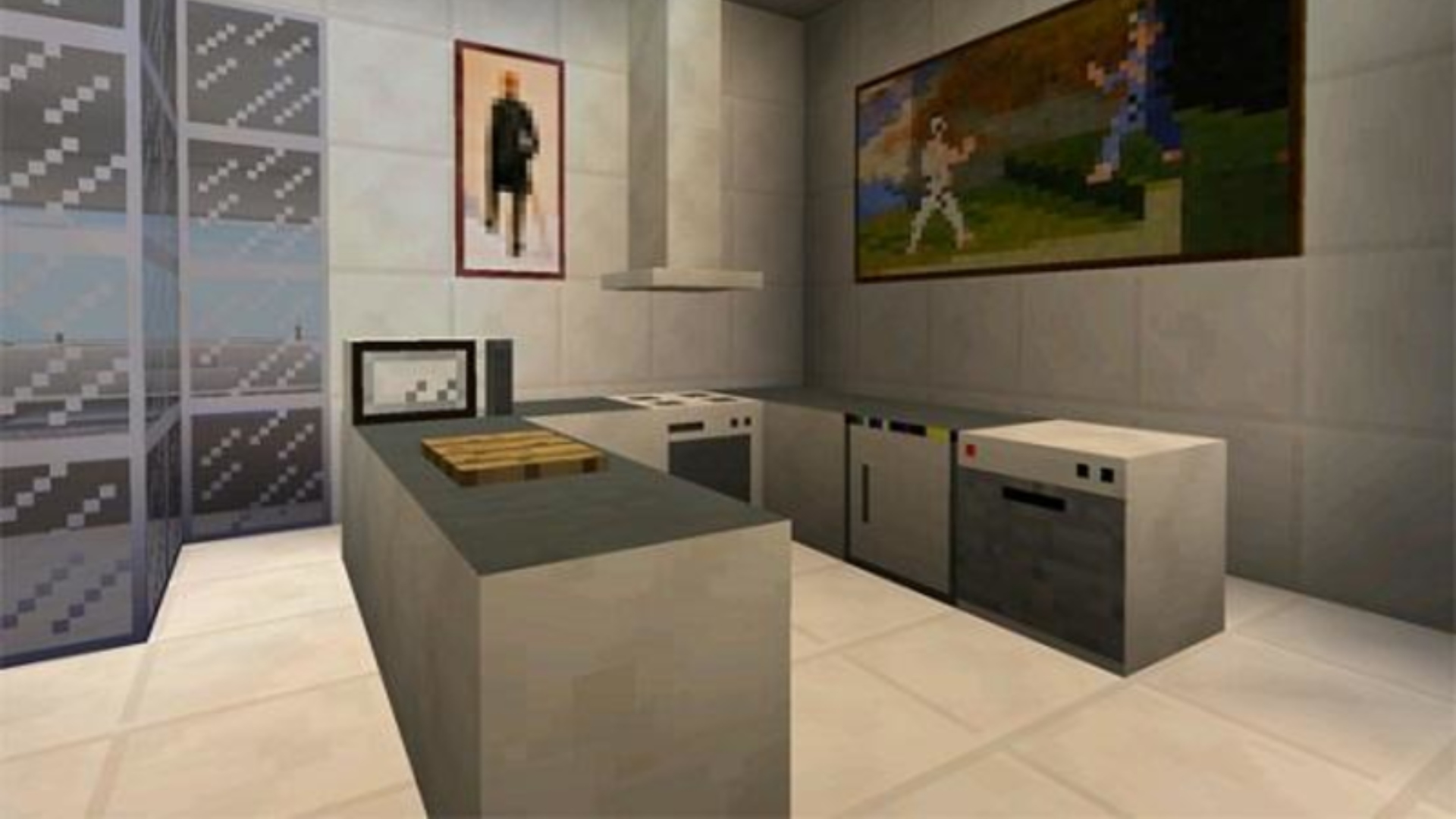 While you probably think of Animal Crossing: Pocket Camp or other decorating games if you want to be able to create a beautiful home, Minecraft can do a pretty good job of scratching that itch too. Of course, the wooden and stone options in the base game leave something to be desired, but that’s where this Furniture Mod comes in.

If you use the Furniture Mod, instead of having Steve living like a caveman, you can give him a vast selection of modern conveniences. Indeed, maybe you’d even be able to build an accurate representation of your own home. There is a special thrill to be had in re-building real-world locations in Minecraft. 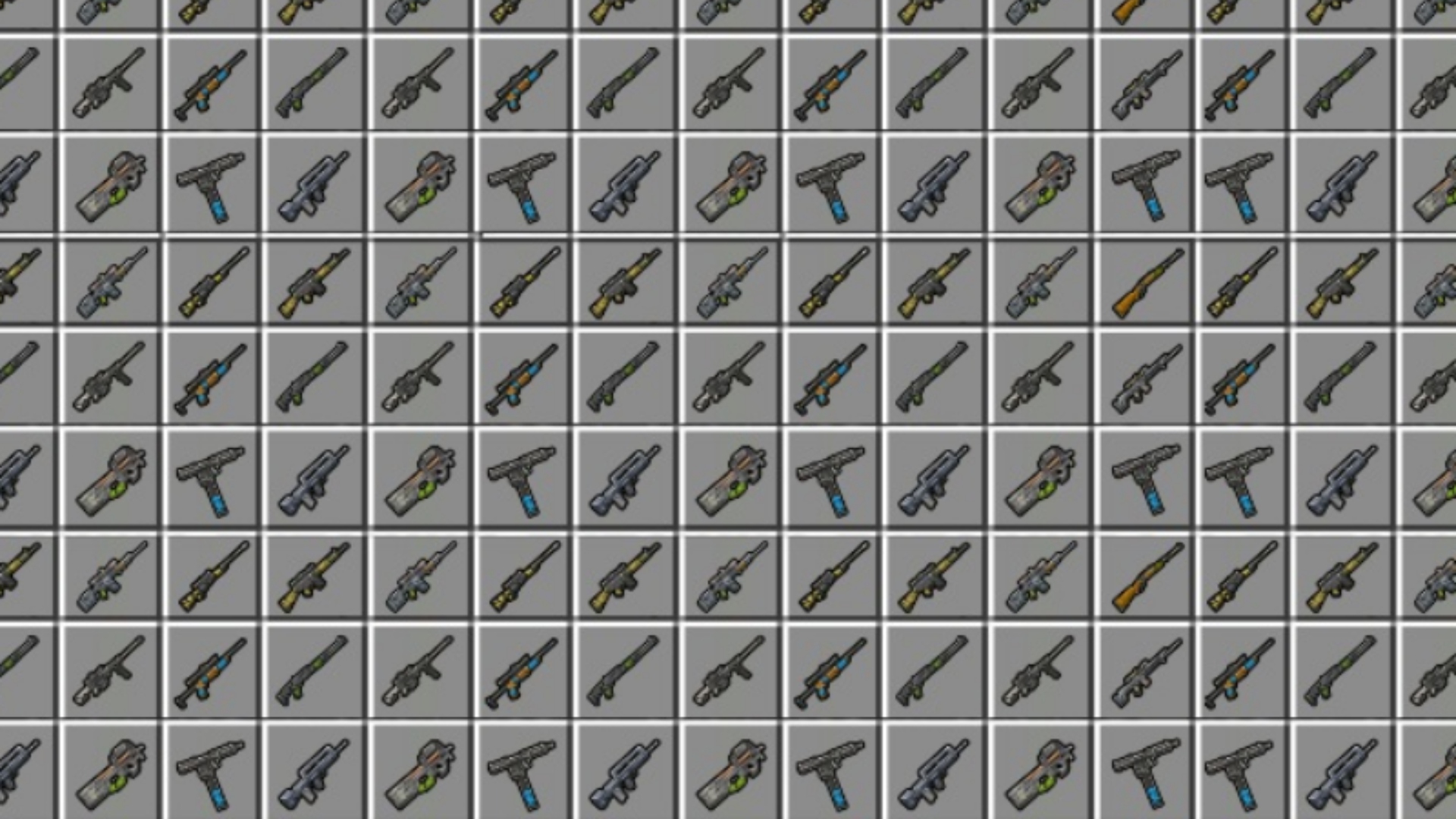 Since most people play Minecraft in the first-person perspective (because, let’s be honest, the third person mode is only really good for taking screenshots), it was only a matter of time before somebody decided that it would be fun to add guns to the mix.

With a selection of different weapons in your arsenal (including not only guns, but grenades, landmines and other explosives), you could use this to create your very own FPS game. Build maps in Creative Mode with friends, place the weapons in strategic locations, then you’re ready to go. 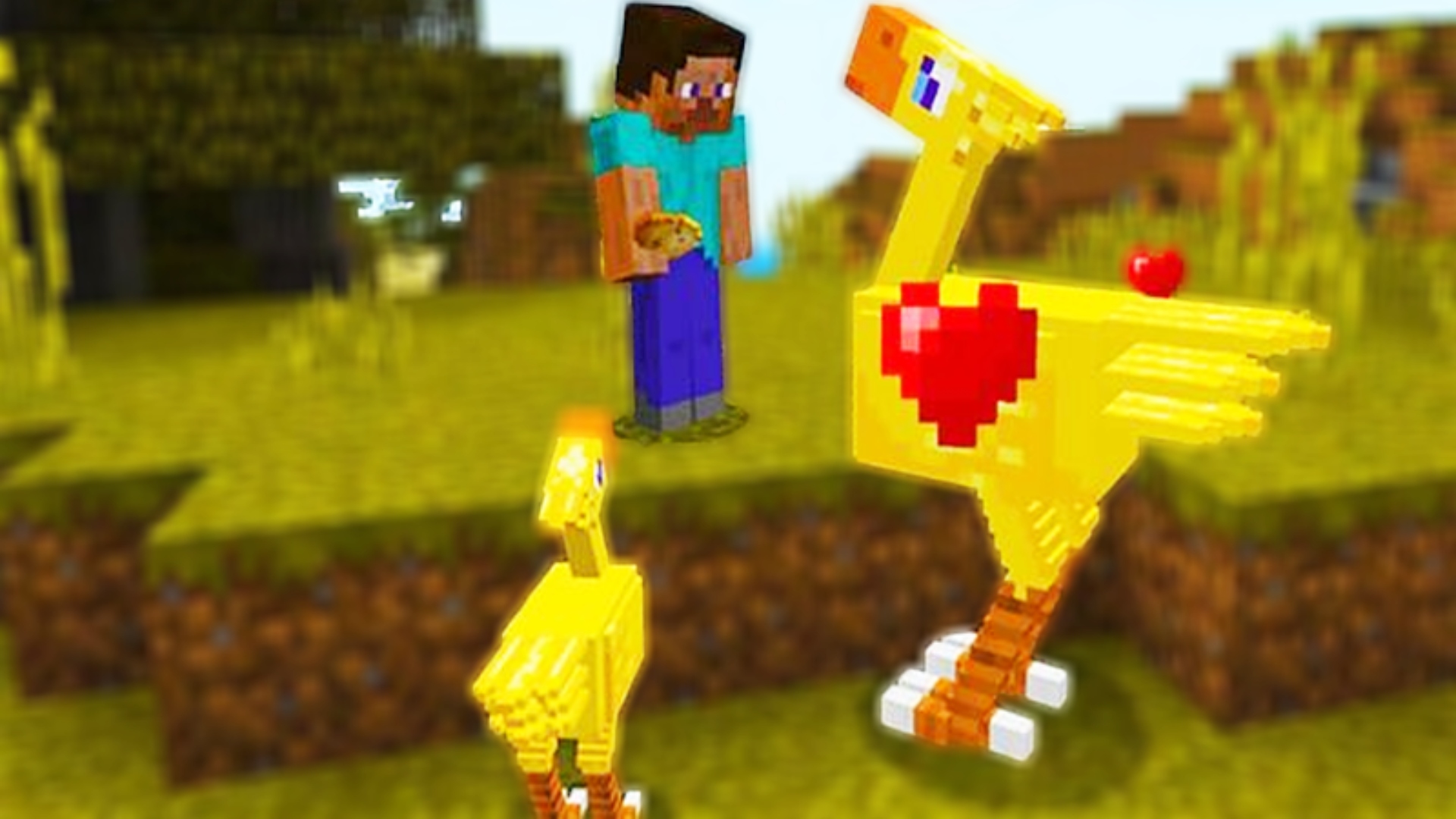 The Chocobos of the Final Fantasy series are up there alongside Yoshi in the Video Game Mounts Hall of Fame, and this mod gives you the chance to add them to your Minecraft world. You’ll encounter these majestic creatures out in the wild, and they can then be tamed and ridden, just like horses (or, indeed, pigs).

If you’re a fan of Final Fantasy, you won’t want to miss this wonderful fan-made homage to Square’s most iconic series. Imagine you and your friends travelling across the infinite Minecraft plains on the back of a beautiful yellow Chocobo. Gosh. 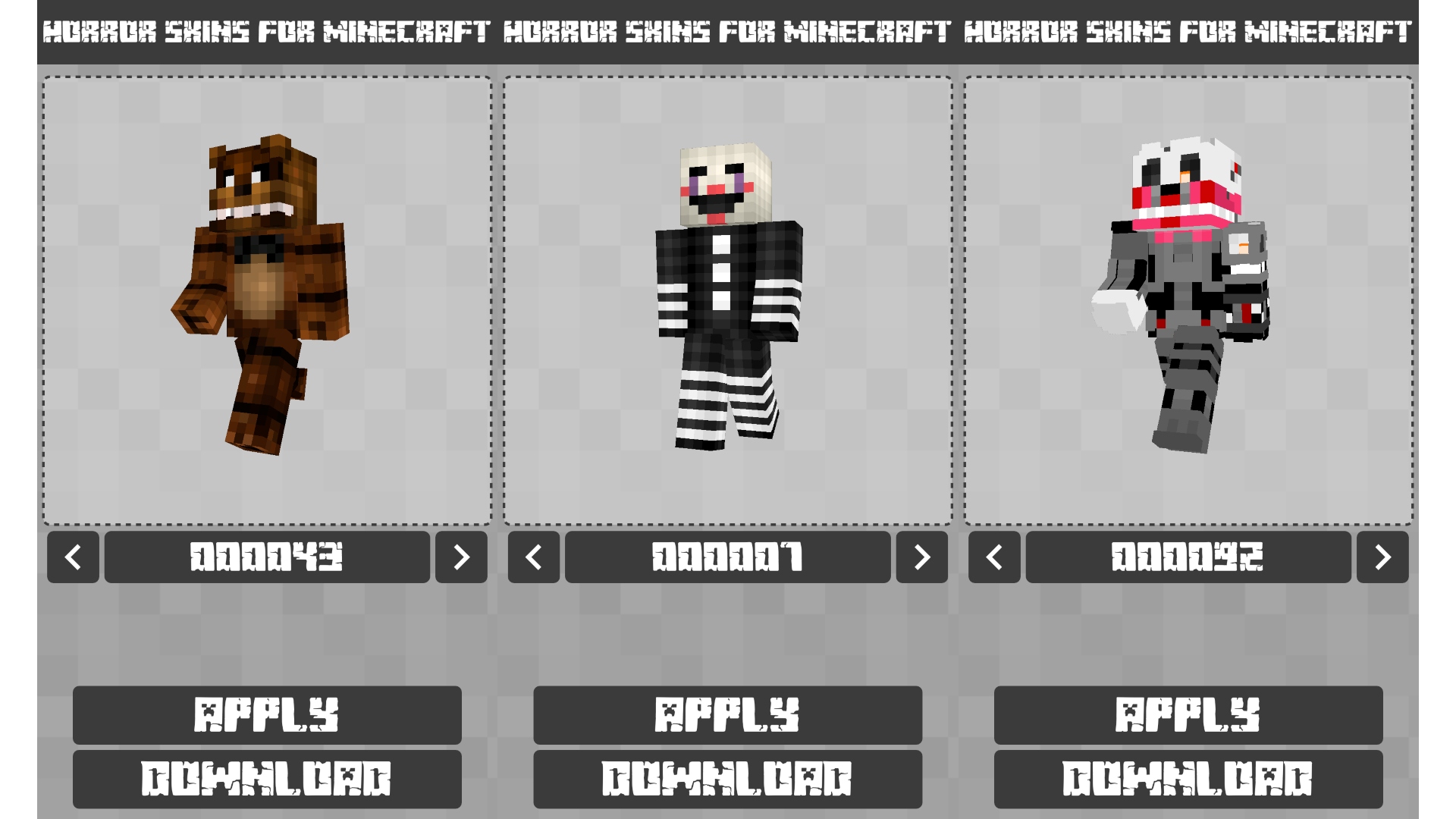 Getting tired of looking at Steve all the time? Well, there are literally thousands of fan-made skins that you can try and we want to bring your attention towards this Horror Skins Mod in particular. It includes over 100 new skins for you to choose from, many of which are inspired by the Five Nights at Freddy’s series.

Now you can represent Freddy Fazbear and all of the other animatronic abominations while playing with people in the many worlds of Minecraft. An enticing prospect to fans of the popular horror games, we’re sure.

We hope that at least one of these mods is appealing to you and that you will have fun experimenting with them. There are so many cool mods out there, and these are just a few highlights. It’s worth having a look into other things that savvy Minecraft fans have created, because you never know exactly what you might find.

For more Minecraft content, check out our guides on cool Minecraft houses you could make, and on the best games like Minecraft. Happy crafting.