It’s official, gen nine is coming! At the end of a special Pokémon Presents, Game Freak revealed that Pokémon Scarlet & Violet are arriving in late 2022. Considering many Pokémon fans kept their expectations low with so many recent series titles, it’s a very welcome surprise to know that we’ll soon adventure through another brand new Pokémon world before too long.

With a half live-action trailer, the Pokémon Company caught many off guard with the sudden announcement of the next generation of mainline Pokémon games. It’s clear that Game Freak want to keep the momentum up, and the big reveal of Pokémon Scarlet and Violet will certainly help to reinvigorate the franchise further.

While we know very little so far, it appears that the new region for Pokémon Scarlet and Violet is Mediterranean inspired, with multiple different environments, from scenic coastlines to Stonjourner filled desserts, it really does look like the next step up graphically from Pokémon Legends: Arceus. It also seems that Pokémon has gone back to the future, as we can see fully developed cities in what looks to be a massive game world, as well as some modern technology like the Switch itself.

It looks like you won’t have too long to wait for the new Pokémon games, with the trailer revealing a worldwide release period of ‘late 2022’. 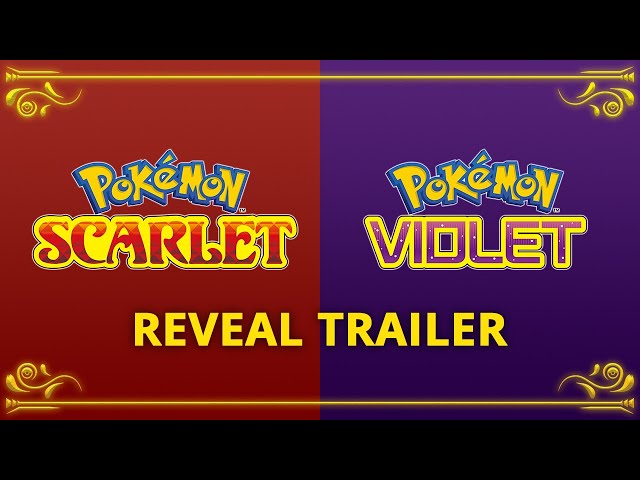 Who are the POKÉMON SCARLET & VIOLet starters?

In a rare move from the Pokémon Company, we also got a good look at the next generation of starter Pokémon, Sprigatito, Fuecoco and Quaxly, months before release. As to be expected, all three look cute as a button, and we can make out that the Quaxly closely resembles a duck, Fuecoco is some kind of croc, and Sprigato is another cat-like Pokémon.

Serebii Update: The English names for the new starters are Sprigatito, Fuecoco and Quaxly https://t.co/gDbXkHSvkT pic.twitter.com/WYsb2BGn8G

We’ll be sure to keep you up to date with all the latest information, so bookmark this page for any further announcements. Until then, check out all the other reveals that came as part of the Pokémon Day 2022 Pokémon Presents.