The resurgence of retro games has been great to see. Sure, it’s still happening, but the last ten years have shown great growth in interest from audiences. Now, it’s not just indie studios honouring the pixel art of old, but companies like Square Enix reimagining retro games with new technologies, like in Triangle Strategy.

With the influence of retro games pervading more and more each day, it can be hard to find the ones that are best for you. Some can be so fiddly and archaic that they require a strategy guide, or some might just be jumping in on the growing trend of retro ports.

That’s not the case here, however. We’ve got all the best retro games on Switch and mobile, whether old or new, these are all absolute bangers. If you’re a fan of the 2D-HD titles from Square Enix, check out the Octopath Traveler: Champions of the Continent beta to get in there as early as possible.

Anyway, let’s get on with it

Retro games on Switch and mobile 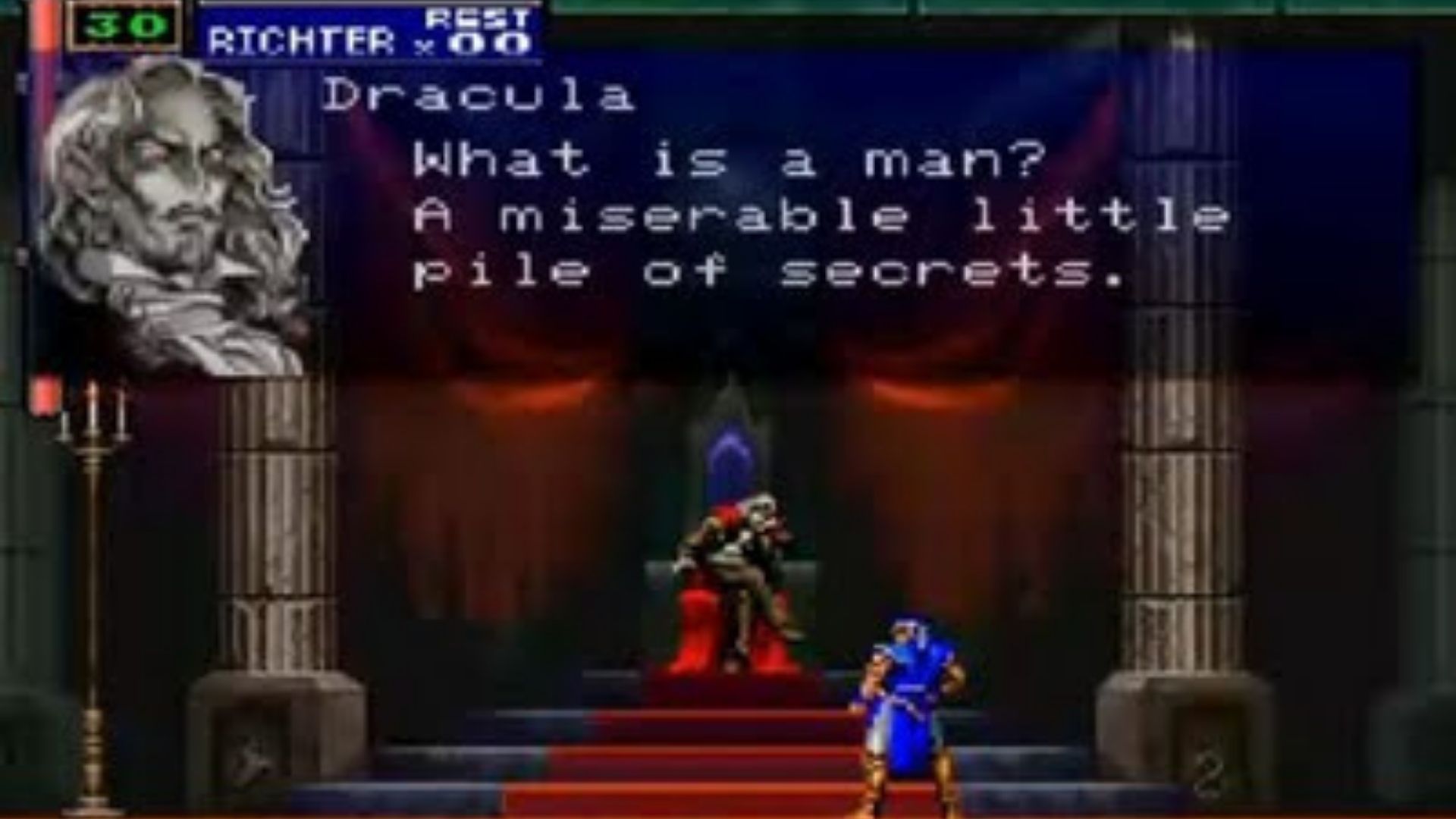 Castlevania: Symphony of the Night – Switch and mobile

The best game ever made? Probably not, but it sure is good. Castlevania: Symphony of the Night is the height of a series that spawned a whole new genre that now covers the Nintendo eShop (Metroidvania, but more on the other half of the genre later). With all the style needed for a classic – gorgeous atmosphere and an epic soundtrack – it’s easy to forget the gameplay innovations. Either way, it’s one of the best games ever, and a must-play for any fan of Metroidvanias. 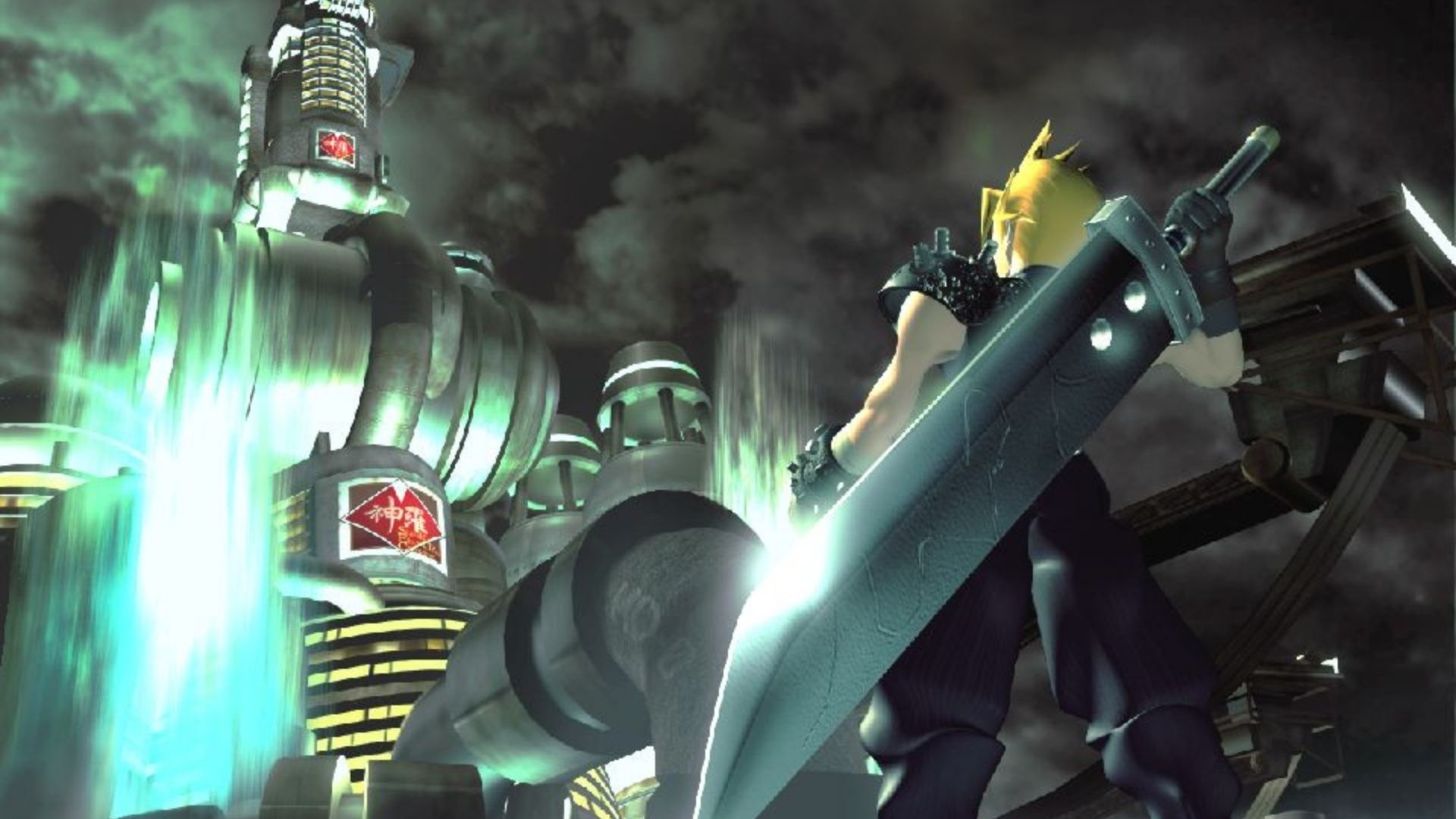 The best game ever made? Still, probably not, but it’s close (my editor thinks it is). The Final Fantasy series got its name due to the many failed projects that came before it. Final Fantasy could have been the last.

Rather, it spawned a series that has numerous classics in it, and Final Fantasy VII is the de facto king of the bunch. With a grand story, excellent world-building, groundbreaking graphical presentation, and legendary characters, there’s very little quite like it. It’s amazing. If you want to dive in check out our Final Fantasy VII characters guide to get up to speed. 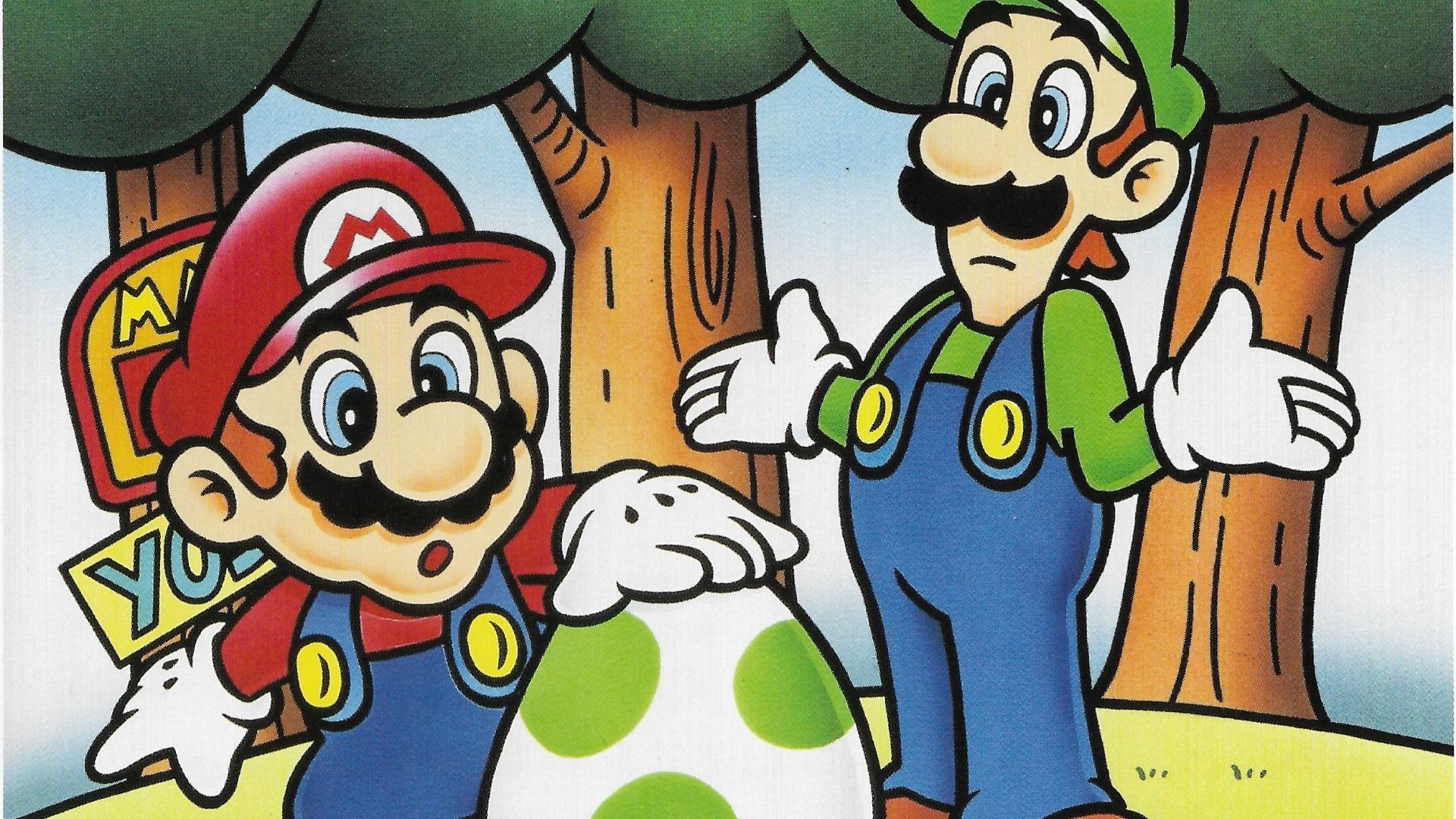 The best game ever made? Yes! Well no, actually, but the best one on this list (in my (correct) opinion). Super Mario World came out in 1990, after fifteen years of building on top-tier 2D platforming experiences, and it brought together everything perfectly. It’s the most exciting platforming experience I’ve ever had, and features Yoshi, so deserves to be considered the best game ever. 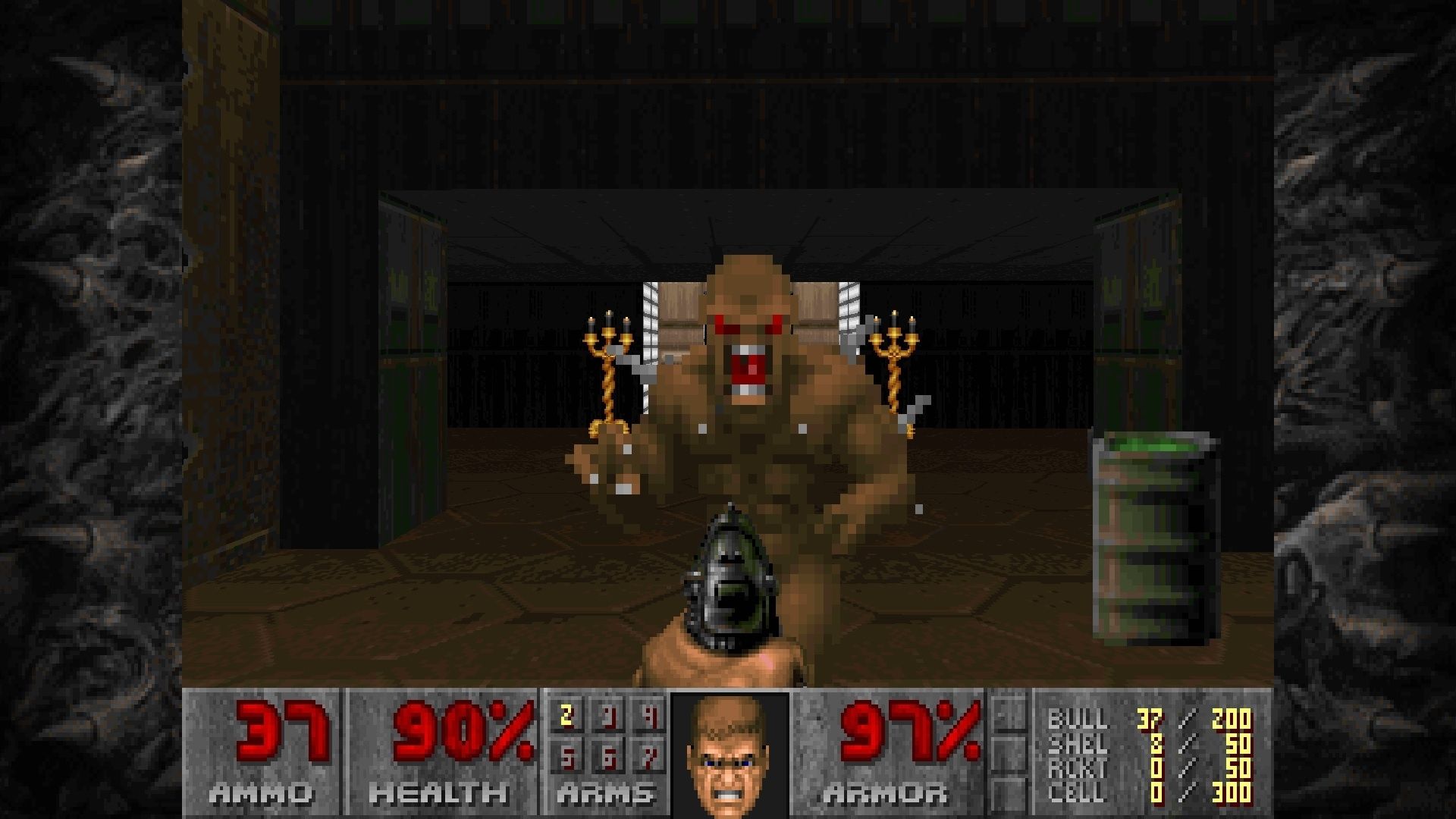 Hmm, seems we can’t get away from the “list of video games considered the best” page on Wikipedia. Doom wasn’t really the first first-person shooter, but it basically was, as nothing had managed to combine the speed and responsivity that John Carmack and John Romero did. Not only was the tech groundbreaking, but the level design is stellar and full of high-octane metal energy throughout. Play any of them and you’ll have a good time, but the first is where to start. 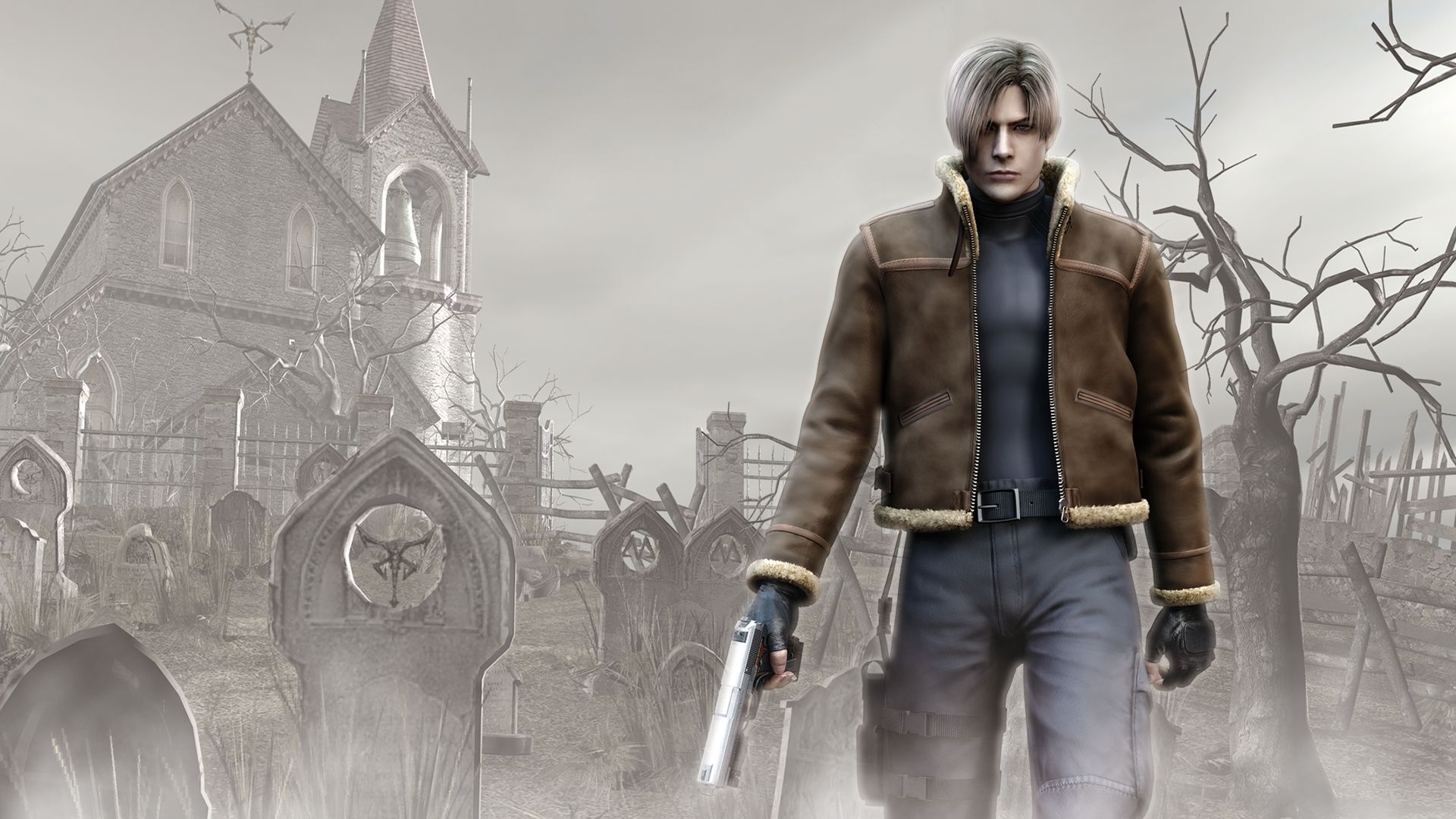 Resident Evil 4 is a legendary combination of survival horror and third-person shooting, combining gorgeous graphics and a wacky story masterfully. It’s another all-time classic and influences the genre to this day. Simply the use of the offset third-person camera helped to popularise it in so many games that came after it. Get it played. 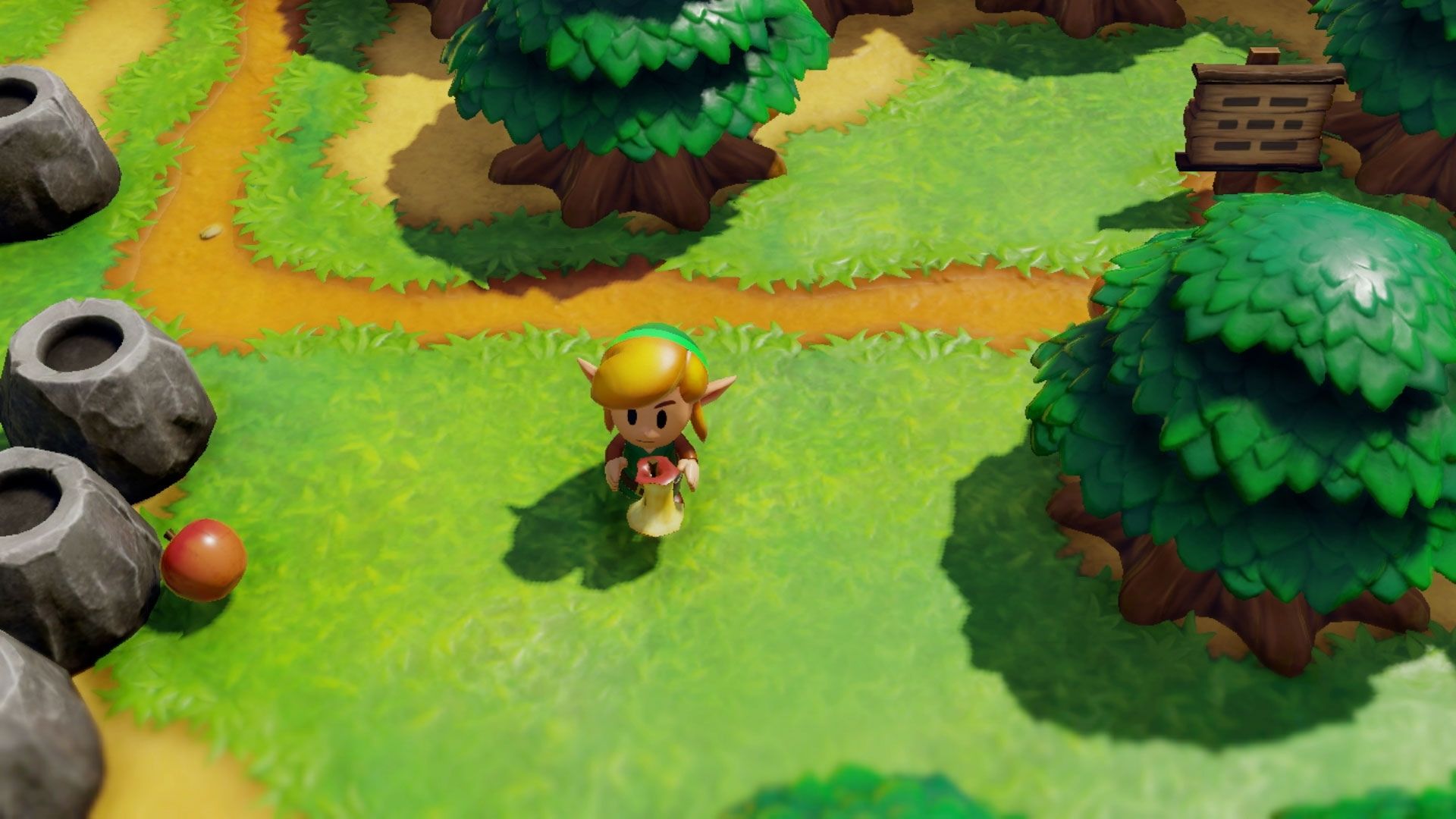 The Legend of Zelda: Link’s Awakening started life as an attempt to port A Link to the Past to the Game Boy. Under the leadership of Takashi Tekuza, the game grew beyond its original aims, into probably the strangest Zelda game to date. The strange atmosphere (influenced by David Lynch’s Twin Peaks) combined with classic Zelda gameplay makes for an unforgettable experience. Oh, and there’s a full toyetic remake on the Switch which runs at about seven frames per second if you fancy that (it’s really great, just runs like rubbish for some reason…). 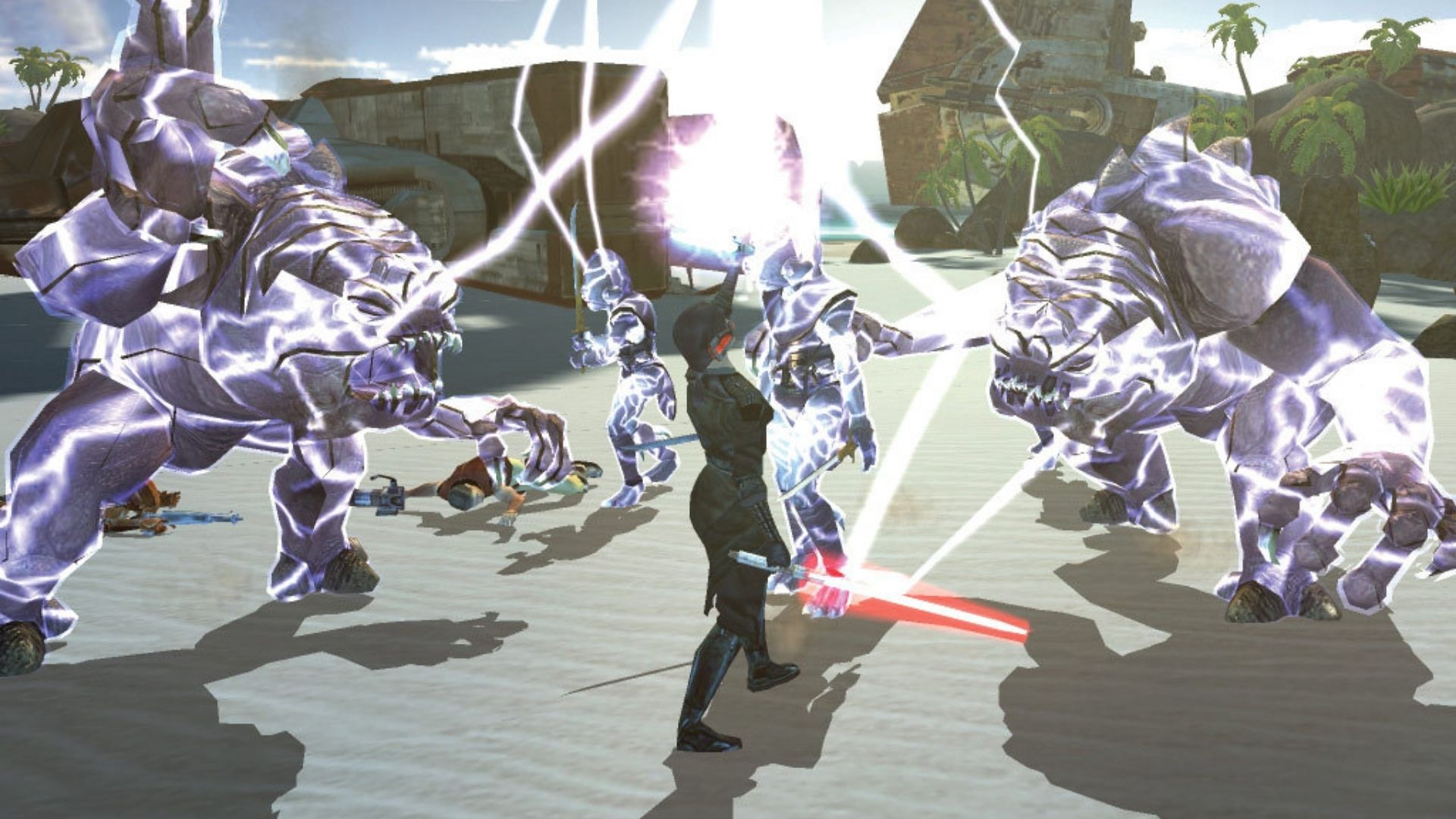 Star Wars: Knights of the Old Republic – Switch and mobile

Bioware is probably most famous for the Mass Effect series, or maybe Dragon Age for some. But before all of that, there was Star Wars: Knights of the Old Republic. Known as KOTOR, it’s a hefty, engaging RPG with one of the best Star Wars stories out there. It gives you the chance to live the Jedi life you’ve always dreamed of, or be a smuggler on the wrong side of the law. A proper Star Wars fantasy. Check out our Star Wars: Knights of the Old Republic Switch review if you’re thinking of giving it a go. 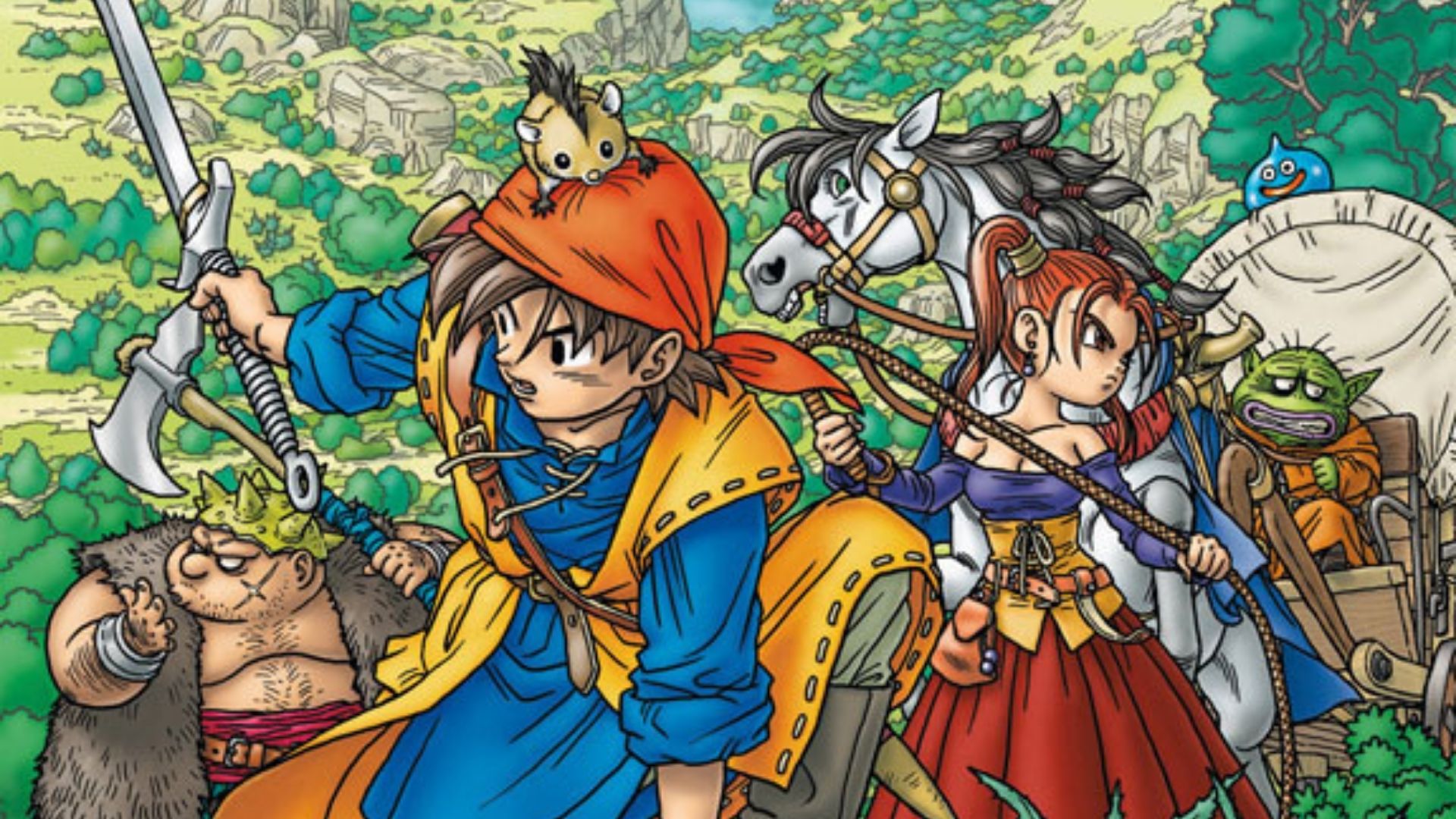 Dragon Quest VIII is probably the best Dragon Quest game, but any of them will do. Of course, more modern entries are a tad easier to get into, but VIII isn’t exactly old. Released in 2005, the game got 39/40 from Famitsu, and is seen by many as a return to form for the series. I don’t know about all that, but the series is a must-play for any retro fan. If you fancy something older, the first three games in the series are also on Switch. 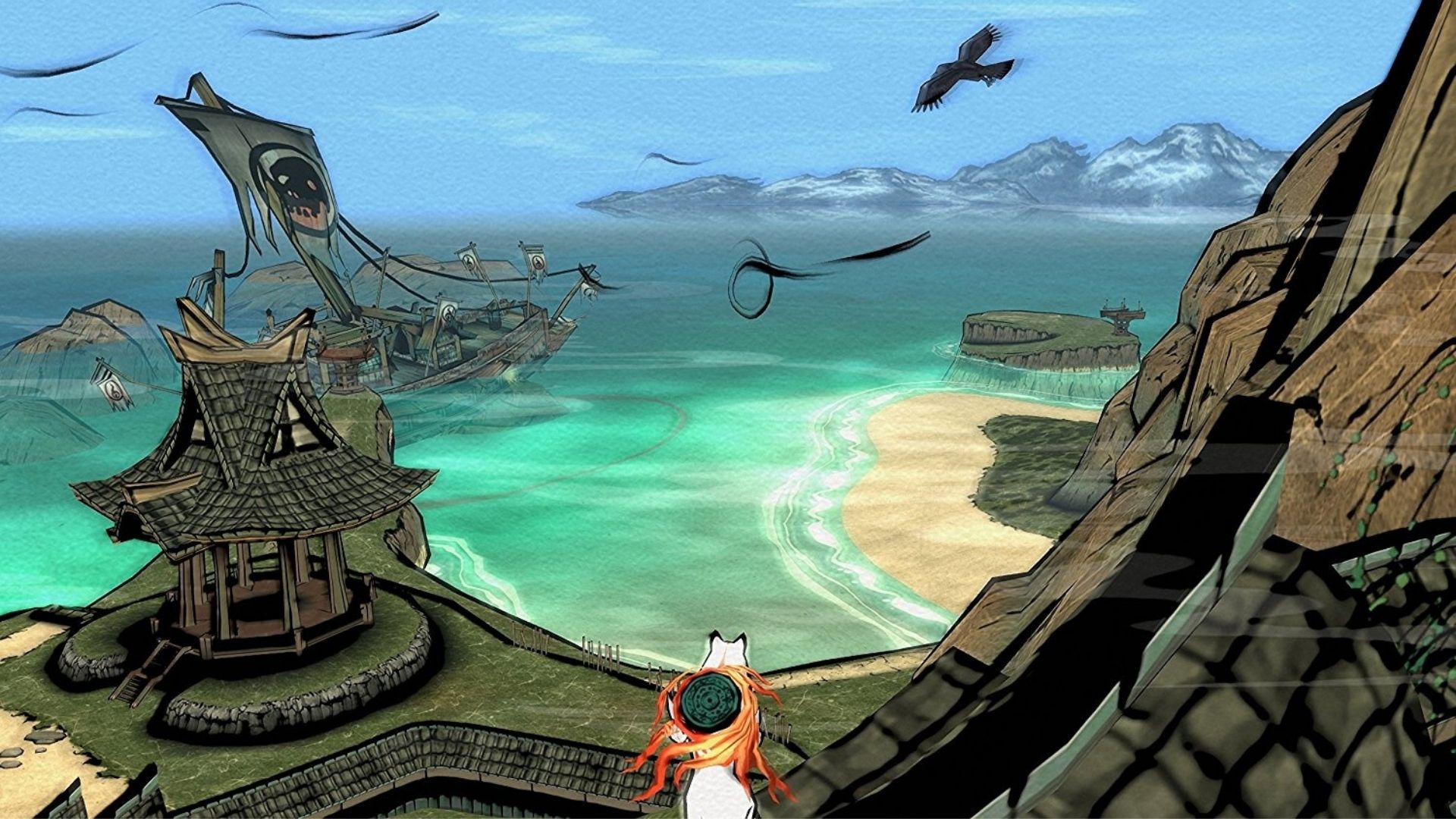 The best Zelda game that isn’t a Zelda game, Okami is the story of a wolf god saving the world after a disaster. You use a paintbrush to control the wolf’s different powers, complete different tasks, and adventure through the game. It received universal acclaim at launch, and the recent HD remaster that came to Switch is one of the best experiences on the console. 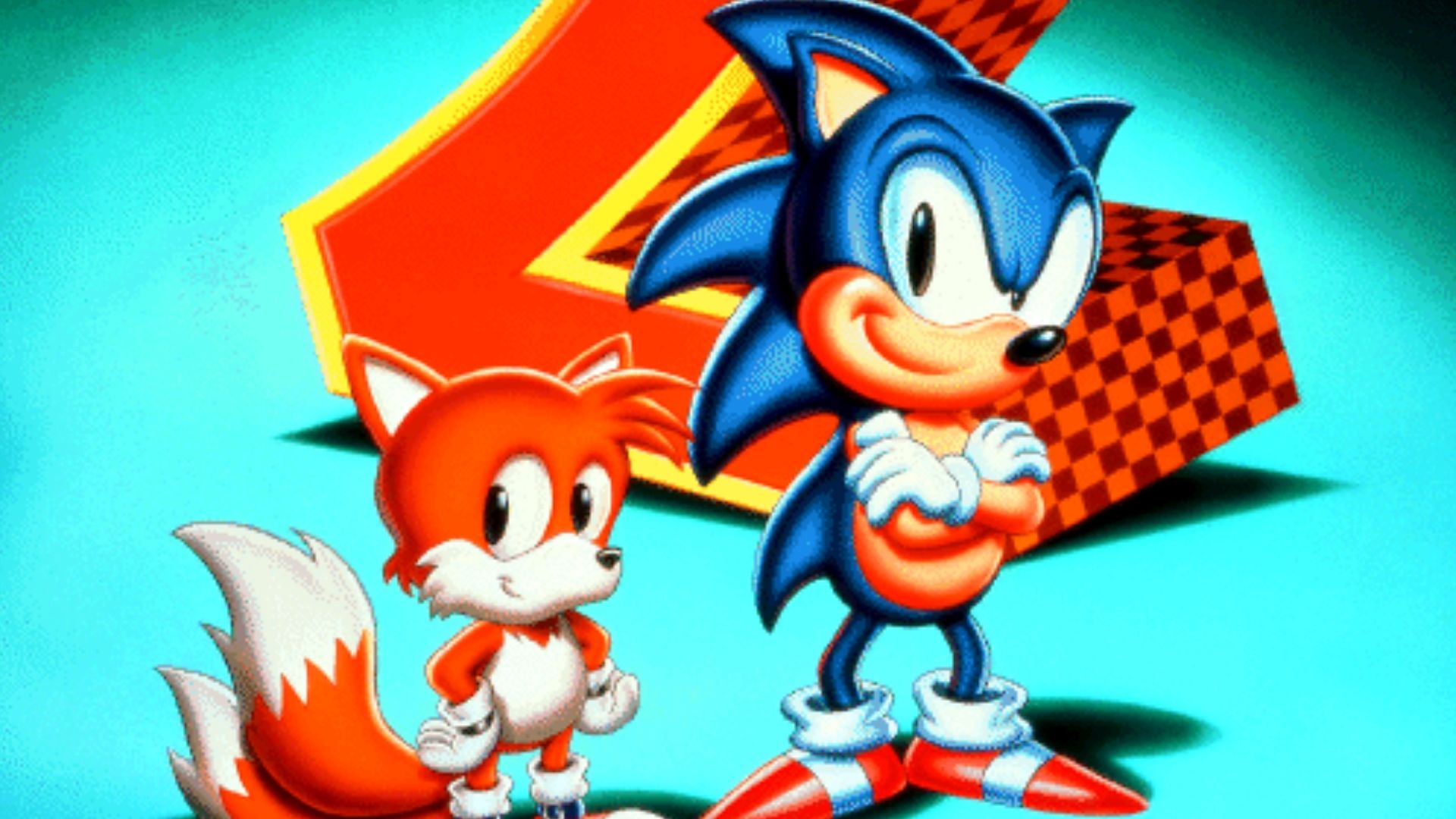 Hey, I’ll level with you. I don’t like Sonic. I own two Sonic shirts and one Sonic mug. But I don’t like the games. I’m sorry. But if I did like the games, this would be the one I like most. It improves on the first game in almost every way, and has a vital part in the history of Sega. If you like Sonic and haven’t played it, you probably should. 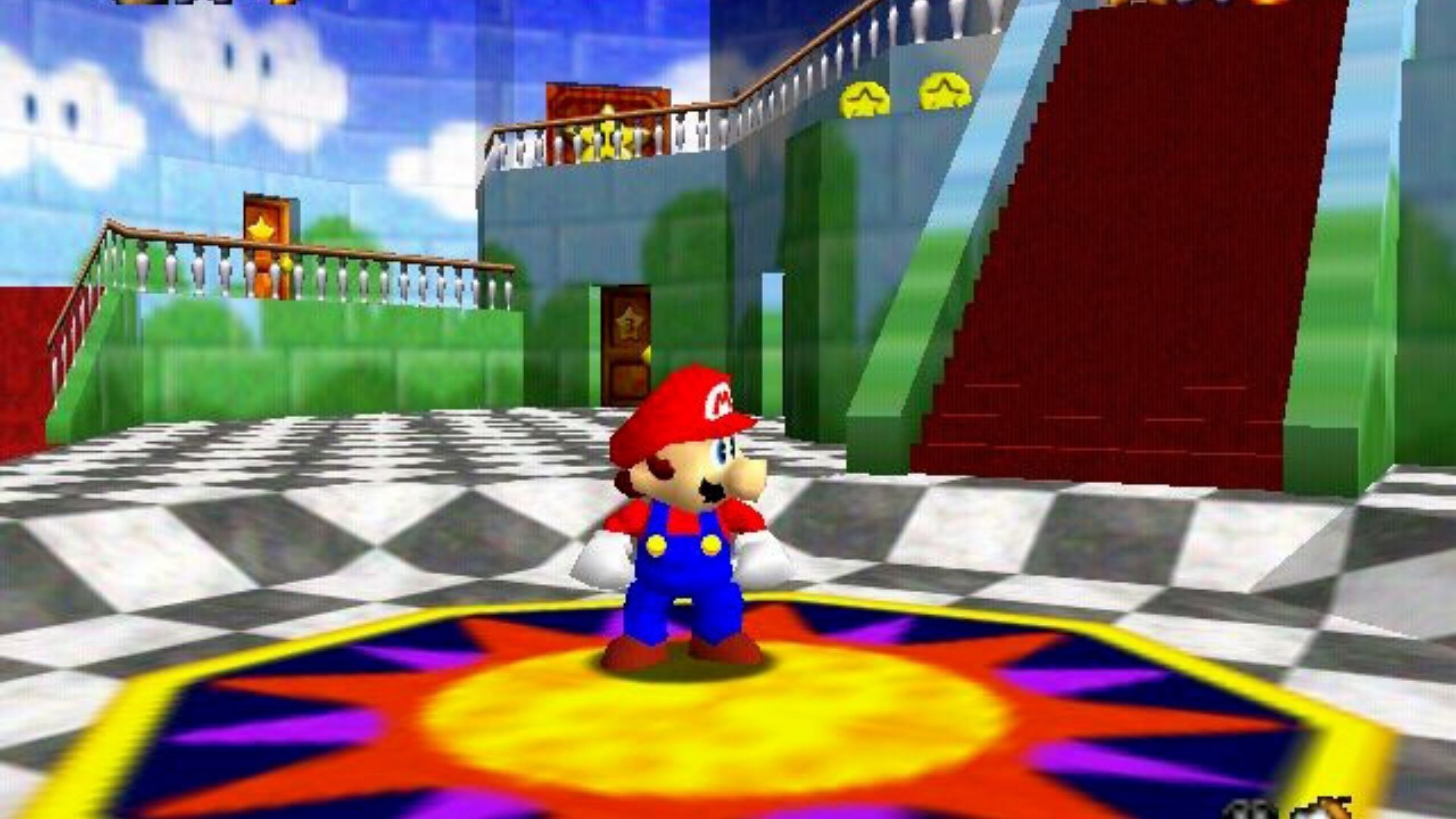 The best games ever are often just the first games to get something right. A working camera in a 3D space has been a struggle for game developers forever, and many modern games still have wonky cameras. But what Super Mario 64 did was a bit of a miracle. It transformed Mario’s magic into a 3D world without breaking it, all while having good enough camera control. It’s not perfect, but it was groundbreaking. Check out our Super Mario 3D All-Stars review to see if the retro collection is worth it. 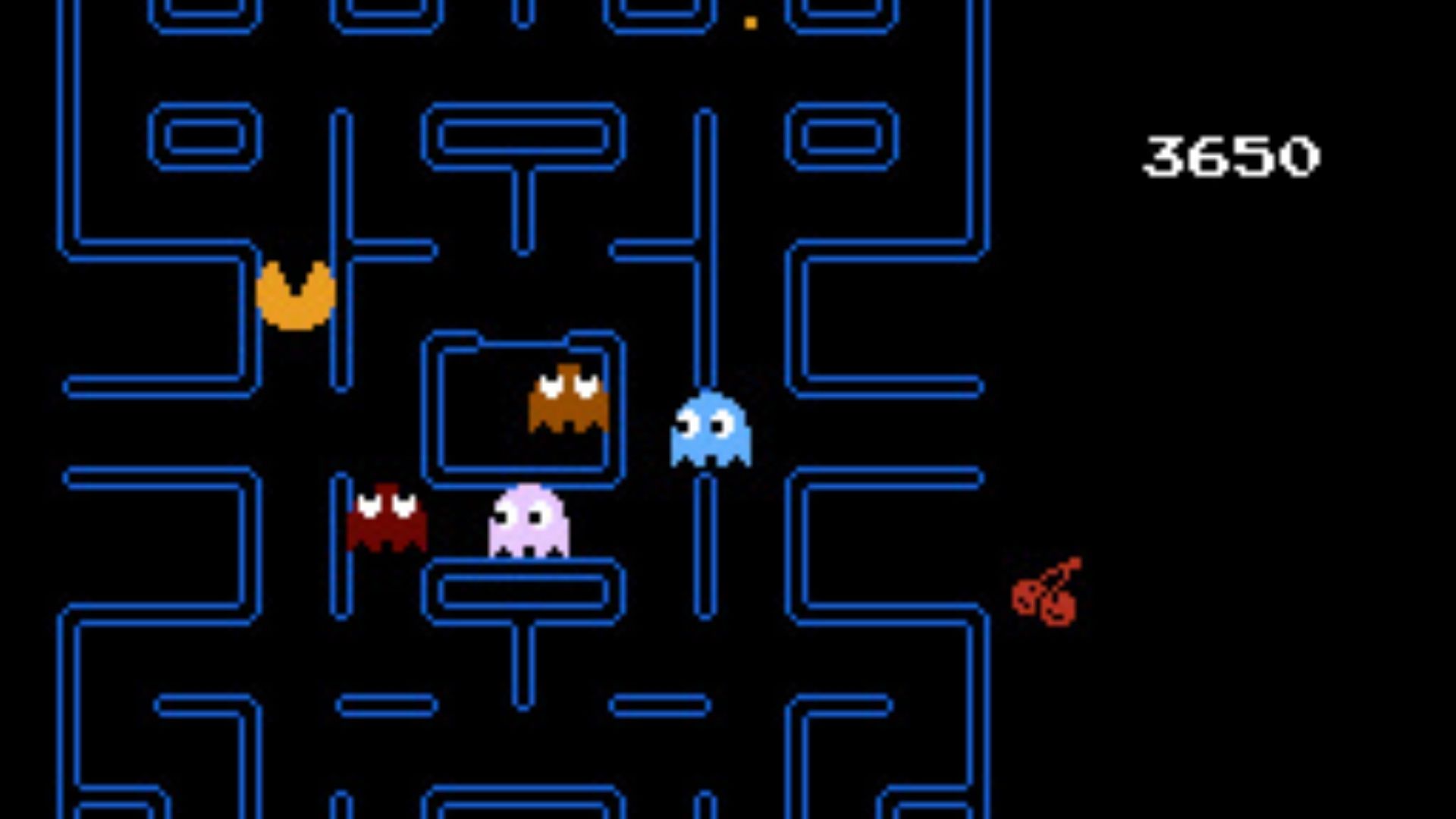 Pac-Man is pretty amazing. Anyone who’s played it knows, but people who haven’t may not realise just how engaging it still is to this day. It’s legendary, with a character based on a pizza with a slice taken out, its design eschewing the mainstream trends of the time, and the sensation it caused still being talked about today. Games have come a long way since Pac-Man, apparently, but I’ve played more Pac-Man than Cyberpunk, so… 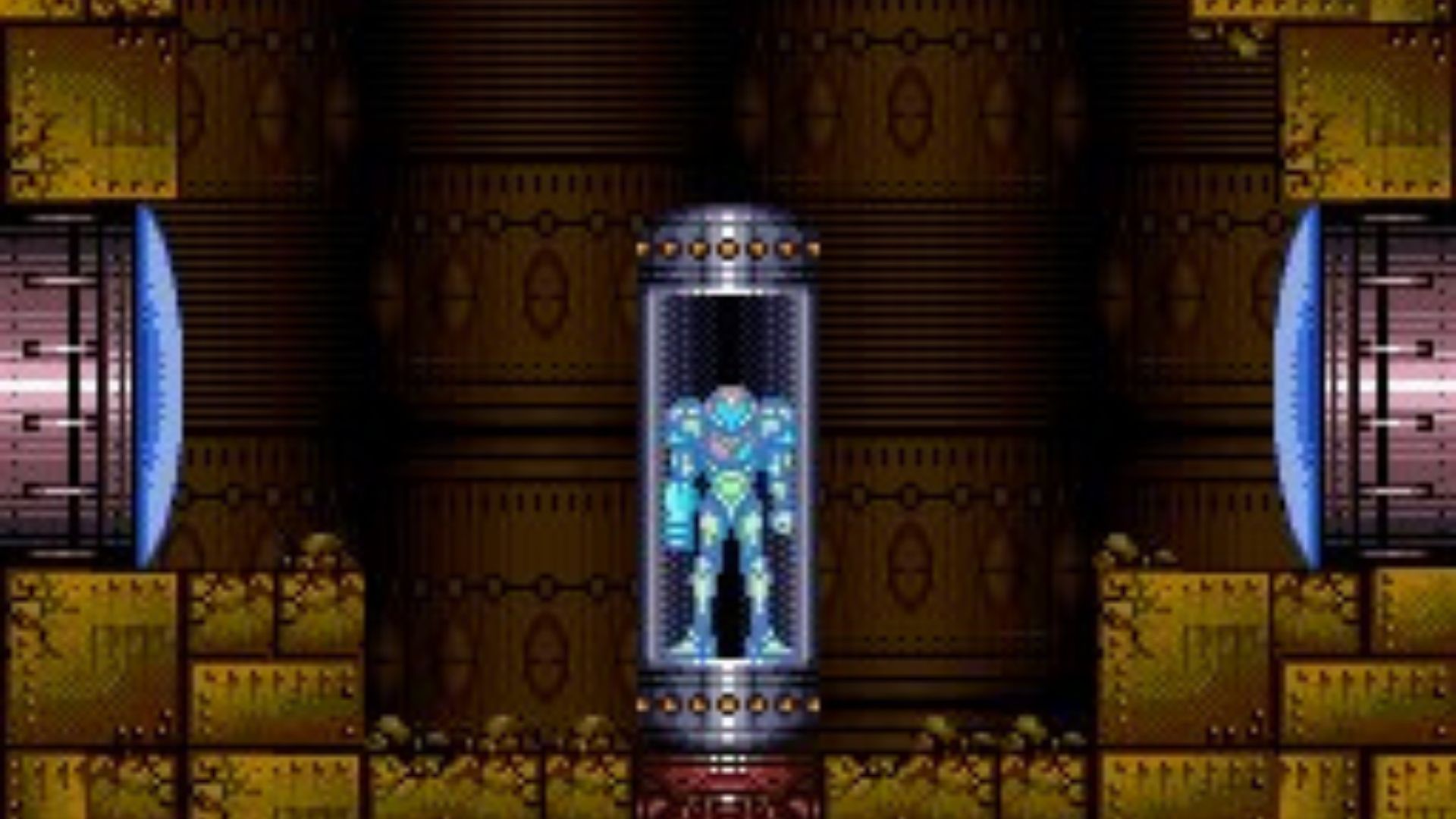 The other half of the Metroidvania genre (in case you hadn’t realised), Super Metroid was one of the biggest surprises for me when I first started digging into old games. Most of my experiences still felt a little clunky, but I pushed through knowing it would be worth it to see everything. But not with Super Metroid. It sucked me in, and I was engaged to the very end. It’s great, and much better than Metroid Dread… 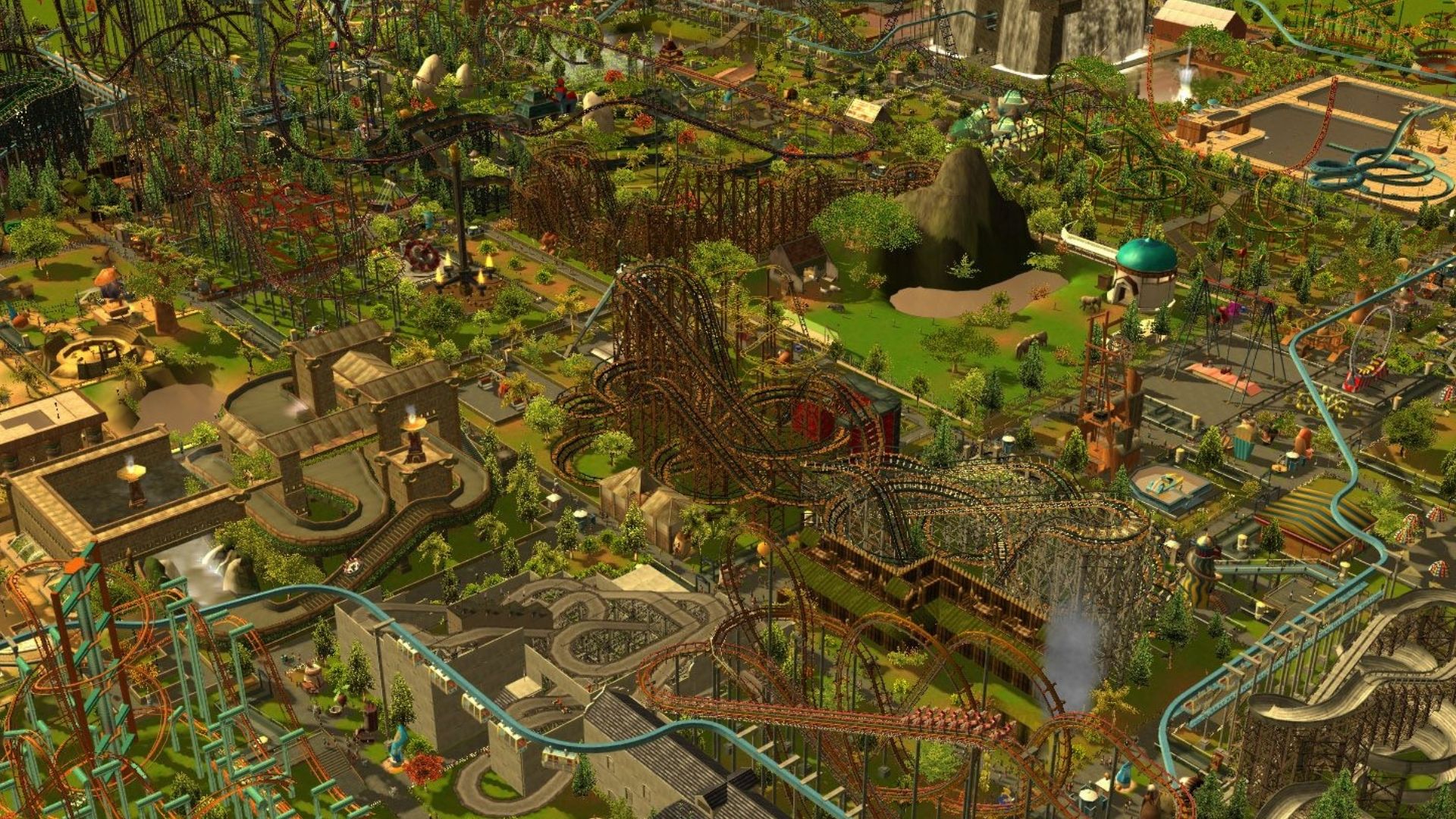 I used to play sim games for hundreds of hours when I was younger, and one of the many that I love is Roller Coaster Tycoon. Putting you in the shoes of a theme park manager, you get to design your own park with custom coasters, manage the staff, and keep your customers happy. It’s super entertaining, and something any sim fan will enjoy. 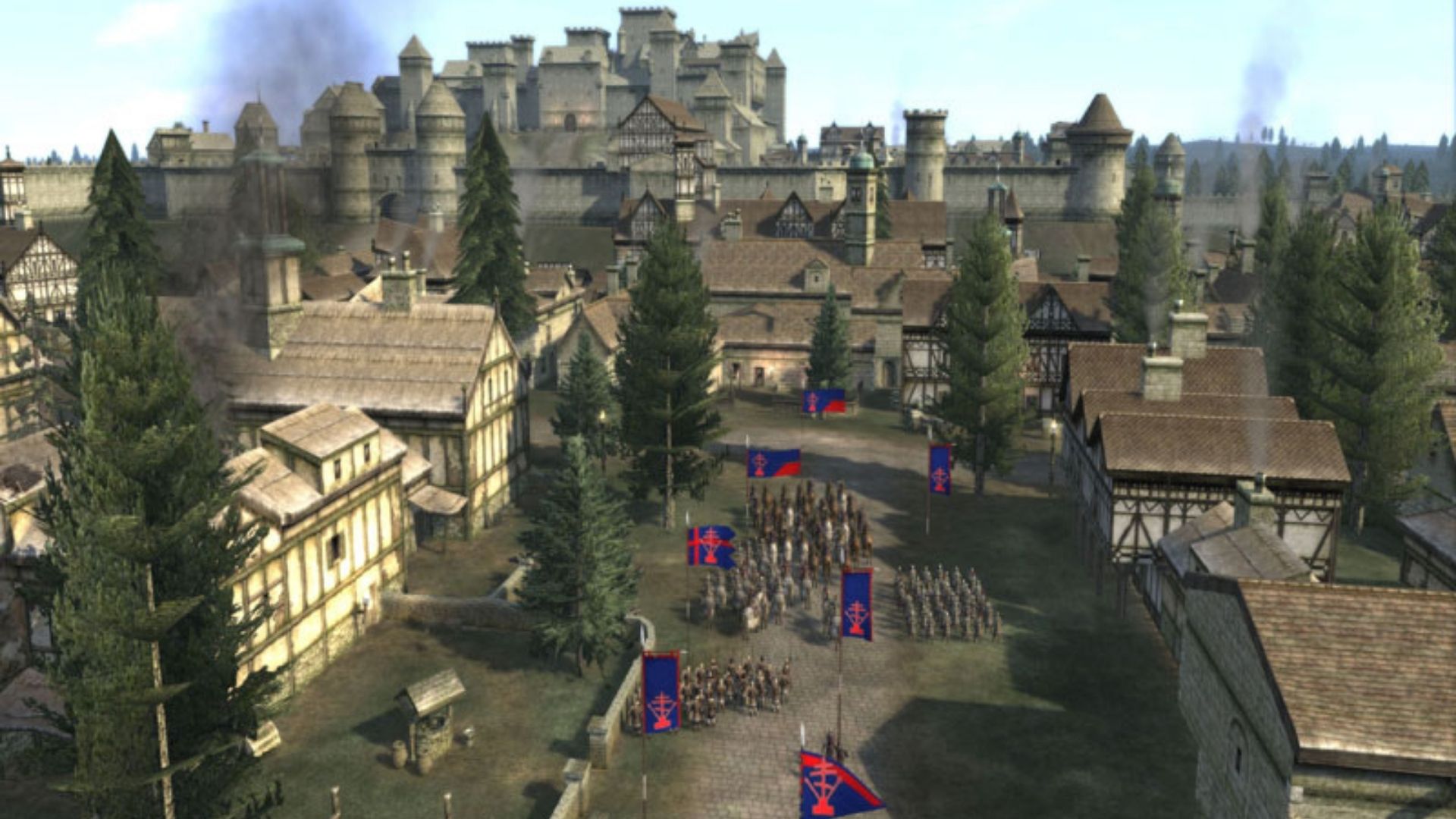 Another game I played for way too long, Medieval II: Total War tasks you with conquering the medieval world, managing soldiers and diplomacy, taking part in crusades, and even directing your soldiers on the battlefield. Both Rome and Medieval II are on mobile, and offer an unmatched strategy experience. I also wrote a Total War: Medieval II mobile review if you want to check if it’s for you.

There you are, hopefully those are enough retro games to keep you happy. We’ve also got a mystery games guide for any amateur sleuths out there.