Since then I’ve covered talks about Sky’s social play and how its art was created, and I even got to speak to Sky’s composer and some of the musicians that are part of the game’s burgeoning community.

But what makes Sky: Children of the Light so special? Why do I still continue to play it almost every day? Well I figure the best way to show you that is to talk to you about some of my adventures in the game.

Sky lets you explore a world of clouds, spirits, and landscapes, as you travel from your place of birth to the eye of eden. Along the way you encounter others of your kind, a migration of players all heading to the same endpoint. But it doesn’t stop you kicking back, having some fun, and even befriending these strangers.

I’ve had other players guide me through the game, play music with me, mess around, and have formed some close connections with a fair few of them. I don’t know their real names, their age, where they live, or what they’ve done with their lives. What I do know is that for a time most days, I can connect with them and have some fun. 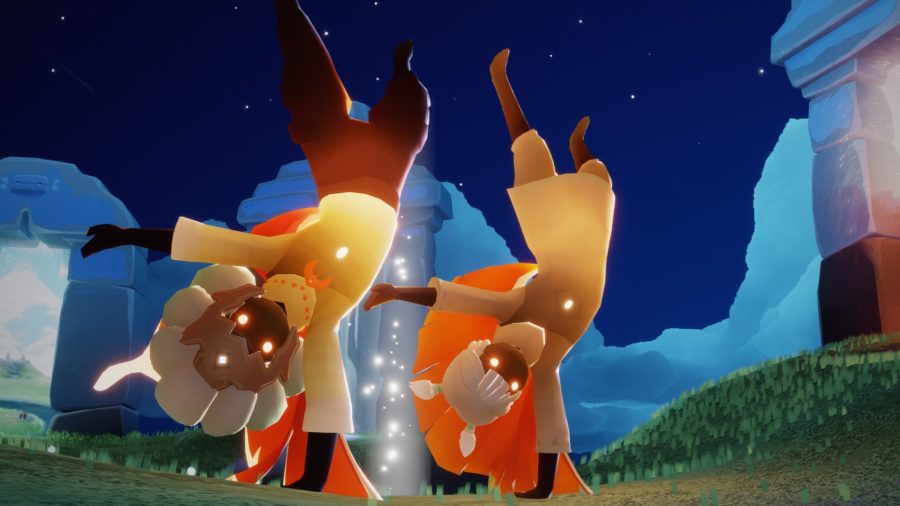 This lack of pressure is part of what I personally love about Sky, how it allows people to interact and form connections with each other in a safe, fun environment. In 20 years of gaming, Sky’s community is the nicest I have ever come across, co-operating through the game, but just generally supporting each other and showing acceptance.

And this altruism is the heart of Sky, whether it’s a player holding your hand through a section you can’t get quite right, or sitting with you as you play music, and clapping when you’re done (even if you made mistakes). I think this is partially due to how Sky as a game is designed to eliminate toxicity and create real social interactions, but it’s also just human nature – people are searching for connection all the time, and Sky offers a way to easily do that. 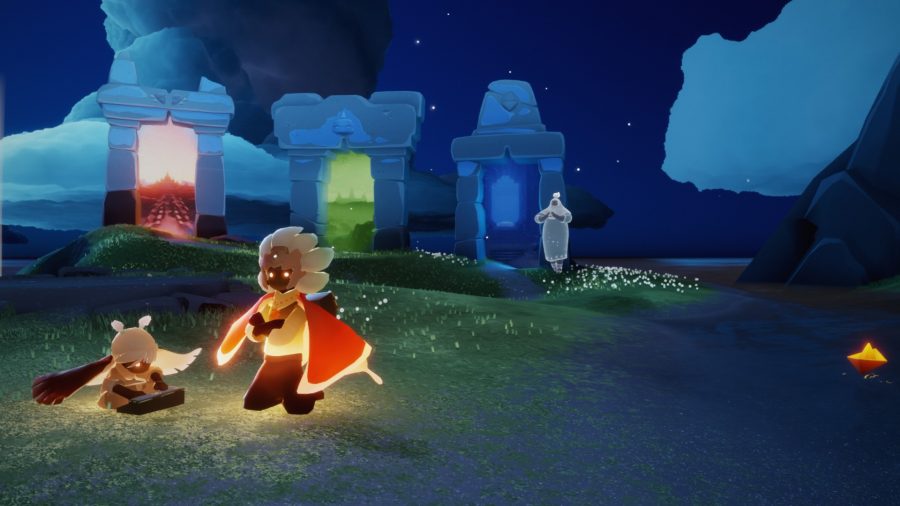 And that’s not even mentioning the beautiful soundtrack, art style, the excellent flying mechanics, or the general sense of relaxation and ease that the game provides. In some ways, Sky often reminds me of that typical college or university campus you see in films and TV series, with groups of people lazing on the grass, playing instruments, or just hanging out. 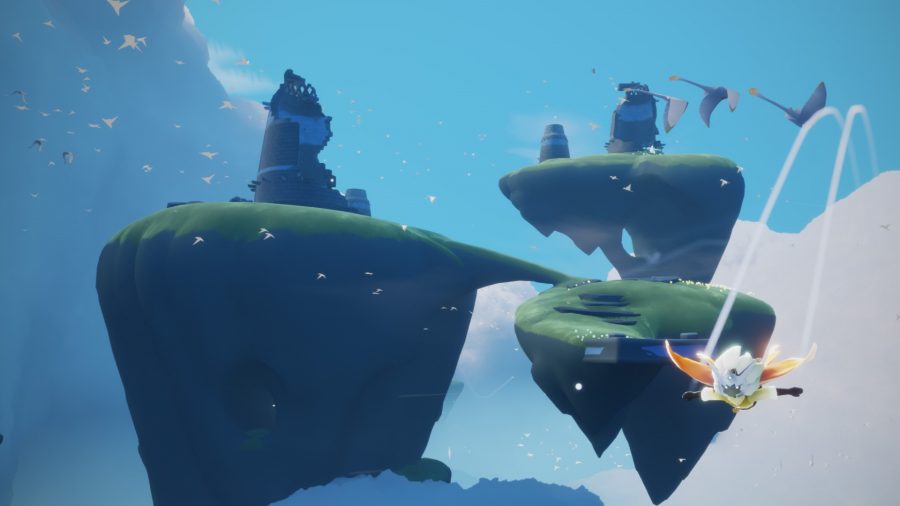 One thing’s for sure, this year in particular, Sky gave me a way to escape, and get away from the world for a while. During a period of fear and disconnection, it has provided a safe space for people to interact and connect with each other on a daily basis, and I don’t think that should be overlooked. I honestly treasure my time with the game as well as the wholesome and humanity affirming interactions it has given me. For that reason, among many others, Sky: Children of the Light is undoubtedly one of my favourite mobile games of 2020.

{"schema":{"page":{"content":{"headline":"Friends in high places – a year with Sky: Children of the Light","type":"feature","category":"sky-children-of-the-light"},"user":{"loginstatus":false},"game":{"publisher":"thatgamecompany","genre":"Platformer","title":"Sky: Children of the Light","genres":["Platformer","Android","iOS","Free to play"]}}}}
Best mobile gaming deals
Legend of Zelda Switch Case and Joy-Con Covers