Much like in the real world, you’re no one in Terraria if you don’t have a Cell Phone. That’s probably why getting one is one of the most complex and time-consuming ventures you’re going to take on in the side-scrolling craft-’em-up. But here’s the thing – it’s worth it.

The Terraria Cell Phone is a brilliant tool that gives you loads of pertinent information and lets you warp back home (here’s how to build a Terraria house, by the way) with no fuss or muss. Which begs the question – how do you actually make one? Well, that’s where this guide comes in. We’ve broken down the process into easy to digest steps. You’re going to find out everything you need to know to build your very own Terraria Cell Phone.

As we’ve said above, this is a time consuming process – there’s only one other item in the game that’s going to take you longer to make. But if you’ve got your heart set on being able to say ‘new phone, who dis?’ in Terraria, then it’s time that we got started. Speaking of essential tools, we’ve also put together a guide on how to get a pair of Terraria wings, as well as Terraria armor sets and Terraria NPCs.

What crafting materials are needed to get the Terraria Cell Phone?

You’re going to need a Magic Mirror or an Ice Mirror to make your Cell Phone – it doesn’t matter which, the end result is the same. You’ll find the Magic Mirror in chests in the Underground or Cavern Layers. The Ice Mirror, which is essentially exactly the same thing, can be found in Frozen Chests in the Ice Biome. If you’re playing Journey Mode then any new character you create will get a Magic Mirror to begin with. 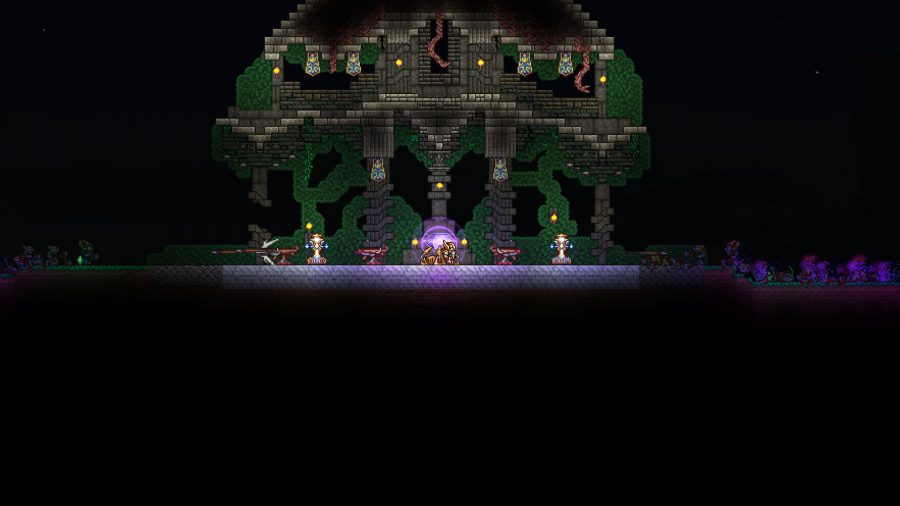 Next, you’ll need to make a GPS. Start with ten gold or platinum bars and a chain and turn them into a gold or platinum watch – it doesn’t matter which you go for – on a Table and Chair. You’ll then need to combine that watch with two other items – the Depth Meter and the Compass – on a Tinkerer’s Workshop to create a PDA.

You’ll need to combine the Radar, Tally Counter, and Lifeform Analyzer at a Tinkerer’s Workshop. You’ll find the Radar in surface chests, or in the Wooden Crates and Pearlwood Crates you find when fishing. The Tally Counter has a 1% drop rate from Angry Bones, Curse Skulls, and Dark Casters in the Dungeon. You can buy the Lifeform Analyzer from the Travelling Merchant for five gold.

To make the Goblin Tech you’ll need a DPS Meter, which you can buy from the Travelling Merchant for five gold. You’ll also need the Stopwatch, which, again, you can purchase from the Travelling Merchant for five gold. Lastly you’ll need the Metal Detector, which you get from Nymphs in the Cavern. There’s a 50% drop rate, unless you’re playing on Expert or Master Mode, when it’s 100%. Combine all three items on a Tinkerer’s Workshop to get the Goblin Tech. 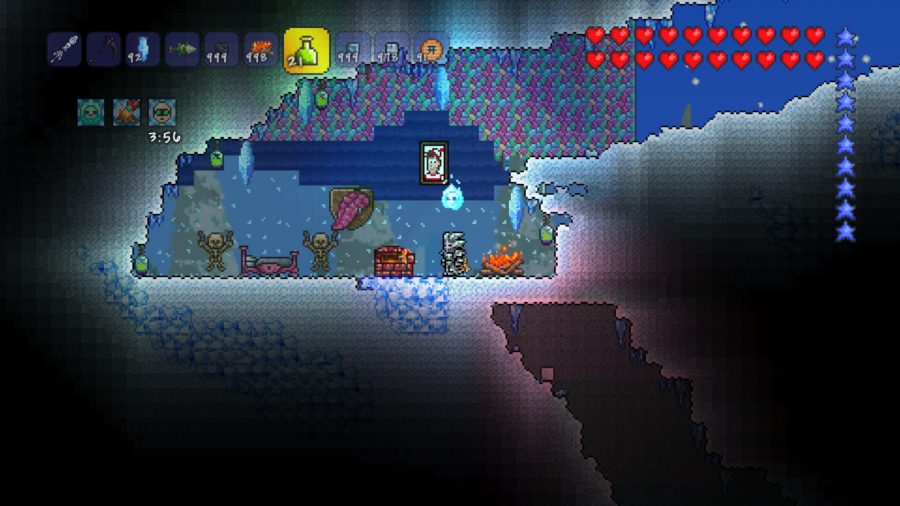 If you want to find more games on you real-life cell-phone, we’ve got lists of the best mobile RPGs, the best location-based games on mobile, and more.