Toby Fox’s iconic indie RPG has it’s fair share of freaky creatures and imaginative monsters, but few more so than Undertale’s Temmie, the half-dog-half-cat that has its own village, shop, and even set of armour. But still, many players don’t know exactly who or what a Temmie is, and what to do when you come into contact with them.

That’s where we come in with our Undertale Temmie character guide, detailing all the key information about this elusive easter-egg inspired monster, so you don’t pass them by on your next playthrough. Despite not having un-official mascot status like Sans, Flowey, or the annoying dog, Temmie is an important part of Undertale’s story, both behind the scenes and in the main narrative.

For more lore taken from the mind of Mr Fox, be sure to check out our Delatune characters list, as well as individual character guides for Undertale’s Frisk, Undertale’s Chara, and Undertale’s Papyrus. Or, for those who have rinsed both Undertale and its pseudo-sequel, why not take a browse through our list of the best games like Undertale for your next unforgettable experience.

Rather than an individual character, Temmie’s are a species of monster in Undertale, named in honour of Toby Fox’s single collaborator, and the primary artist behind the development of Undertale, Temmie Chang. Temmie’s themselves are a strange mixture of cat and dog, and function as residents of Temmie village, as well as shopkeepers in tem shop. 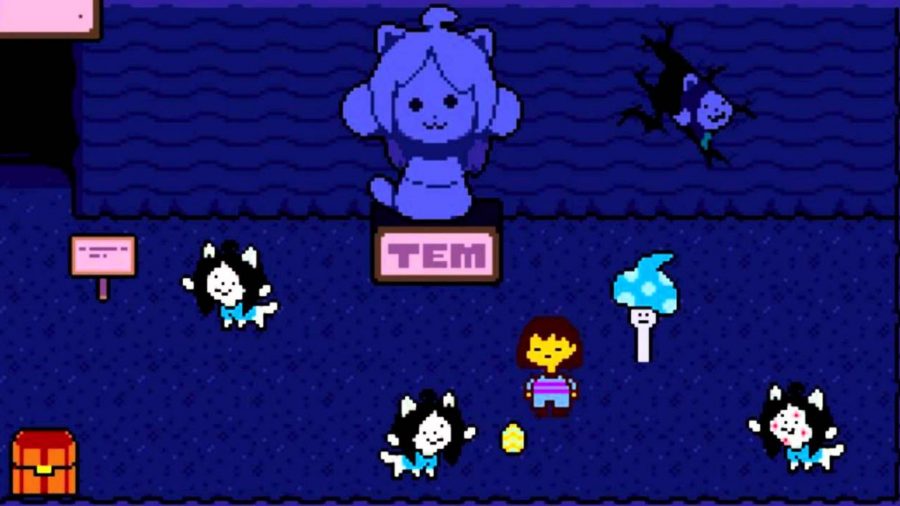 What is Undertale’s Temmie village?

Temmie’s village is a location in the Waterfall area of Undertale, home of most of the Temmie’s, as well as a tem shop, the only place you can sell your items in the entire game. Outside of the tem shop, there isn’t too much to do in Temmie village besides amusing yourself with some of the Temmie related puns – replacing determination with detemmienation is a personal favourite – before heading into Hotland and the crux of the game.

What is Undertale’s Temmie armor?

Temmie armor is the most powerful equipable armor in the game outside of the genocide route, and the second most powerful across every individual route. Unsurprisingly you can only pick up Temmie armor from, yeah, you guessed it, the tem shop, but it’s definitely worth doing, especially if you’re on a pacifist run and need to tank some hits in battle.

There you have it, our comprehensive character guide for Undertale’s Temmie. For more titles with narrative at their core, be sure to take a browse through our picks for the best games like Life is Strange on Switch and mobile.