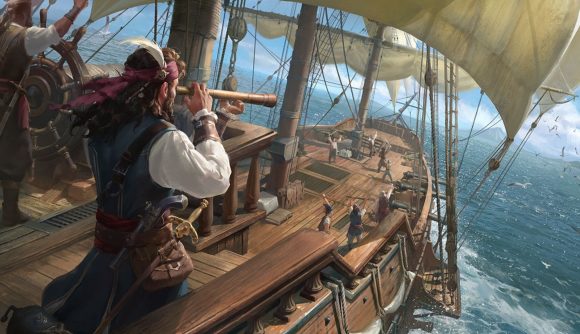 NetEase Games has announced that players can now pre-register for their open-world mobile game War for the Seas, in anticipation of its release on the App Store on February 14. It’s already available now for Android and Huawei devices.

Developed by Chinese gaming juggernaut NetEase, the game is being localised into English, Arabic, and Turkish, and promises an epic open-world pirate adventure, with combat, exploration, romance, and trade at its core. War for the Seas has a laundry list of mechanics too, letting players build and customise fleets, engage in naval battles, become a merchant, and romance some of the characters as well.

It’s definitely an ambitious game, featuring real-world locations that the player can visit, from America and Europe to Africa and the Middle East. If you’re looking for a grand adventure you can put in your pocket, this might just be it. Also, if you’re a fan of NetEase’s games, then check out the “best-in-class” Racing Master, or find out more about Lost Light, a hyper-realistic mobile shooter.

You can check out the official War for the Seas trailer below.

There’s clearly a lot to do in NetEase’s War for the Seas. Any aspiring adventurer should have their hands full, but if not, you’ll be able to get your fill with the Total War: Medieval 2 release date coming soon to mobile platforms.