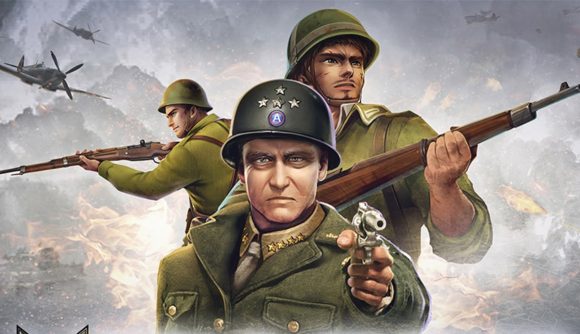 We can all agree that simulation games offer hours of entertainment, which is both a blessing and a curse, if we’re being honest. It’s too easy to get engrossed and forget what else you’re supposed to be doing. Well, here comes another game that’s sure to hook you. World at Risk isn’t just any old SLG title. The game is set during World War II, and offers a ton of content that takes you back in time.

Now that the World at Risk release date is here, let’s look at what the game entails. It has a fully-fledged campaign mode that features 36 missions, with your tasks becoming more challenging the further through you get. Not only that, but the story takes you on a long journey, one that spans the entire length of World War II. Quests start in 1939 in Poland, with the campaign concluding in Berlin in 1945. Pivotal moments of the war feature, and it’s a long road to victory – seriously, it can take months to complete this game.

Of course, given this is a war game, there are several units at your disposal, including tanks, artillery, infantry, and tank destroyers. Deploy these carefully, and take into consideration what the opposition is doing. This is war, you want to win, and the way to do that is with counter-tactics, as well as launching assaults of your own.

It’s not just units you need to consider either, you also have a variety of officers at the ready, and they play a pivotal role in securing victory. The right soldiers can upgrade your units, upping your chances of leaving the battlefield alive. Speaking of which, if you’d like to test your merit, you can enter the war games mode. Successfully claiming victory here means you climb the leaderboard.

Perhaps one of the biggest pulls for World at Risk is the war map feature, one of the main components of the game. This sees you head to 30 different locations, all of which link to real-life battles that took place between 1939 and 1945. You must form alliances, fight off the enemy, and expand upon your territories. War isn’t easy. It’s a struggle, and staying on top of the mountain is challenging.

What is the World at Risk release date?

The game is already here. The declaration of war has been laid, so get out there and fight the good fight.

To help you get started, you can use our promo code, PTWAR.