If you have ever looked for war games on your iPhone/Android device you will know what we mean when we say it’s akin to walking into a swamp to find your wallet. Hundreds upon hundreds of tower defence, sniper-and-risk, and RTS clones can often feel like they’re drowning out any other kind of game. That’s why we decided to create a list of the best mobile war games, to celebrate this genre which can often feel drowned out by ‘strategy’ at large, with free-to-play gacha games and MOBAs proving nigh-on impossible to resist.

PC isn’t the only place to find good war games. Plenty of the best mobile war games are gems hidden in plain sight, adapting both the conflicts of the ancient world, of military history, and modern warfare. War gaming is very much alive and kicking, and that can be seen in any of the games in this list.

Equipped with the latest in swamp-draining technology, we’ve been able to bring together a crack squad of some of the best mobile war games currently available on Android and iOS. 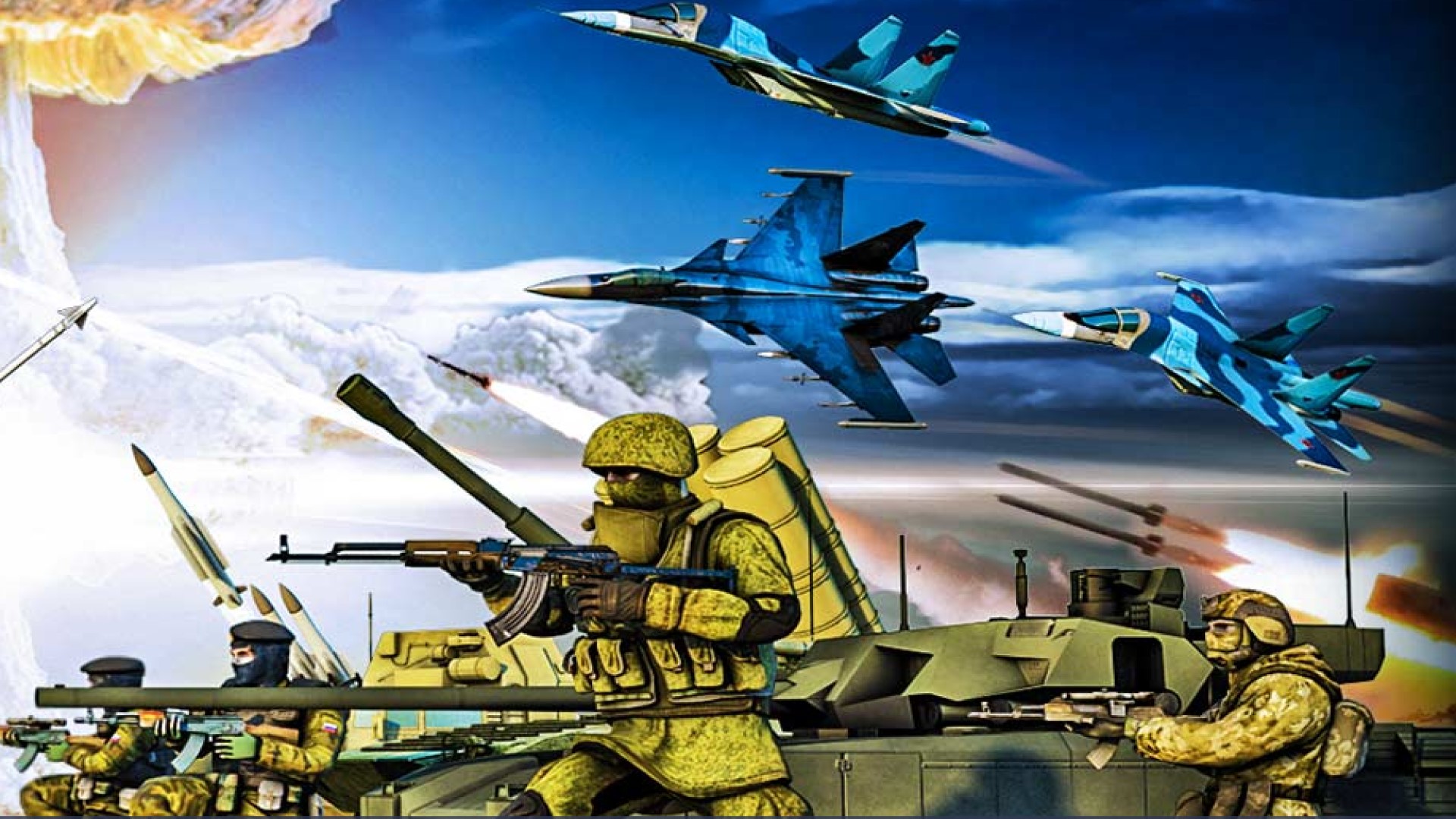 This long-term strategy game sees you playing against up to 100 players from around the globe in a match that can last weeks, and sometimes even up to a month, as you slowly build your strength and eliminate other players. It’s a free-to-play strategy game with a decent level of depth that can even be played through your web browser. For more thoughts on the game, see our Conflict of Nations: World War 3 review. 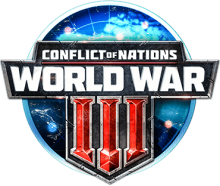 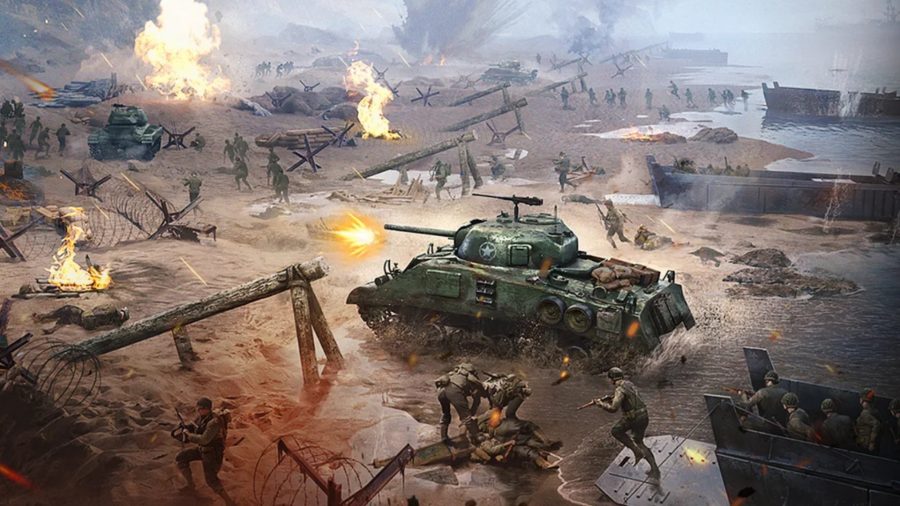 Warpath is an alt-history WW2 strategy game where you must command a variety of air and land units across familiar battlefields, including the Eastern Front and the beaches of Normandy. Starting out with only a small militia, you’ll soon grow your army in size and strength in a bid to take down the dreaded Raven faction. If you’re just starting out, be sure to take a gander at our list of Warpath codes for some free goodies. 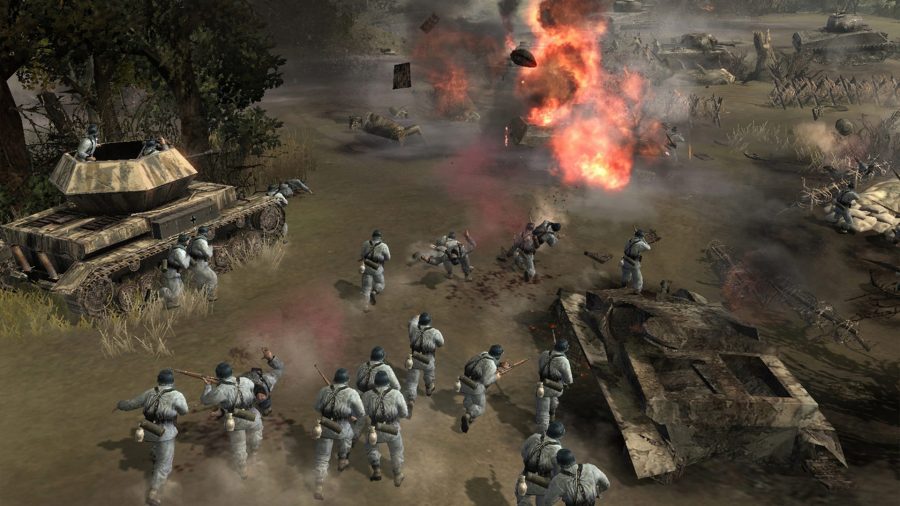 While it may not fit the traditional definition of ‘war game’, Company of Heroes is nonetheless one of the finest WW2 RTS experiences of the past twenty years, and it’s finally on Android and iOS. Feral Interactive has done a great job of porting over this classic to mobile, offering a reworked interface and some smart touchscreen controls. It’s still a bit fiddly in places, but it still plays very well. For more info, see our Company of Heroes review. 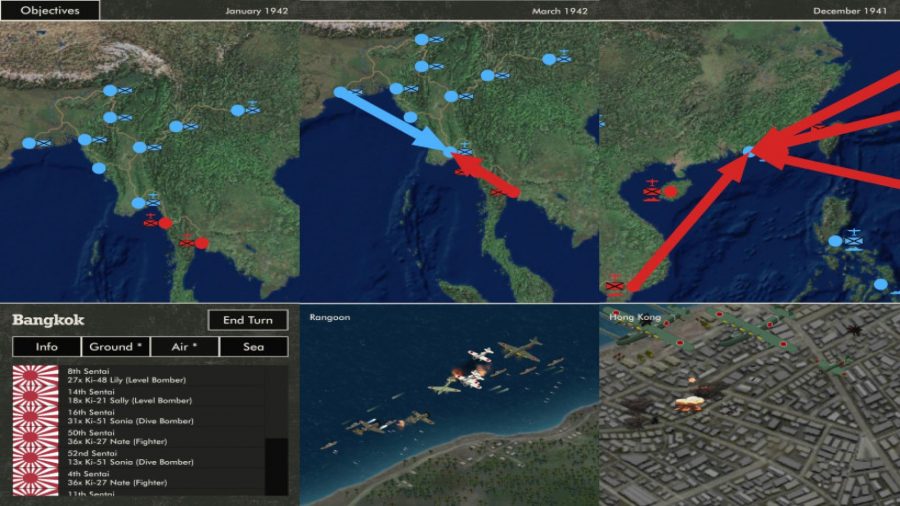 Genuinely new entries into this category are rare, but thankfully 2019 gave us a real indie gem to add to this list. Wirraway’s Pacific Fire is a cheap, but surprisingly deep, combined arms war game that throws you into the pacific theatre of WW2. There are plenty of scenarios on offer that portray both sides of of the conflict, and it’s your job to make the best use of the ground, sea, and air assets you have available in order to capture and secure your objectives.

This is a solitaire experience, but the developer has stated several times that it’s fully committed to adding content to this game, as well as working on new titles that follow the same format. What’s especially compelling about this is that it uses a ‘WEGO’ turn-based format, where all turn orders are resolved simultaneously. This is a great war game available at at great price. Have a look at our Pacific Fire review for more details. 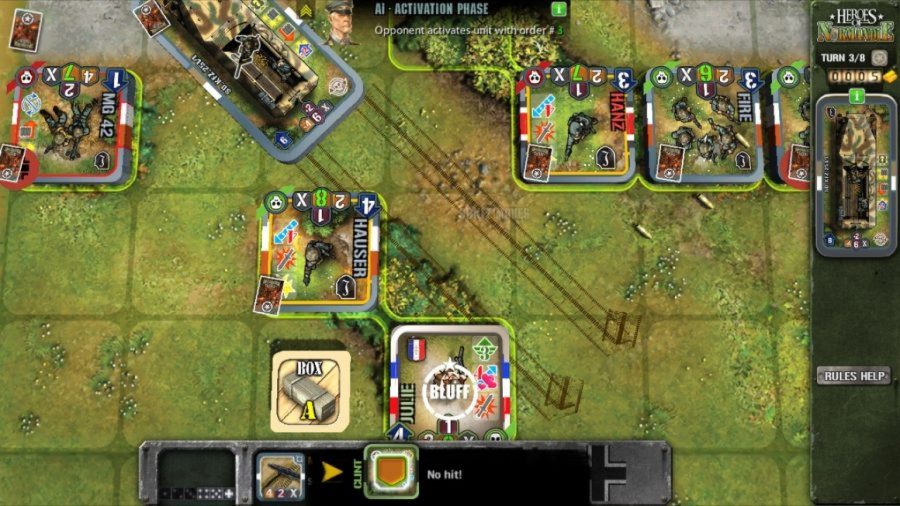 Not only is this an adaptation of a pretty decent physical war game of the same name, it’s a pretty decent war game on its own merits as well. Taking inspiration from classic hex-and-counter style games, Heroes of Normandie instead used a square grid and more ‘to scale’ counter pieces that depict squads of troops, vehicles, and individual commanders. Really, it’s a squad-level tactics game that involves die-rolls and action cards, but also careful use of your units’ abilities and the surrounding terrain.

Slitherine did an excellent job of adapting this game to digital, retaining the larger-than-life art style of the board and playing pieces, while offering a way to play the game without having to try and read the convoluted rule book, or deal with all of those pieces. Slitherine was perhaps a little ahead of the curve when it launched this in 2016, as it hasn’t really been getting the post-release support we’d expect, despite the growing popularity of digital board game ports. At $14.99 (£12.50) it’s definitely one of the more expensive games out there, but if you want something meaty yet portable, this is worth that expense. Unfortunately, Slitherine has always been Android-averse, so we doubt it’ll ever appear appear over there. 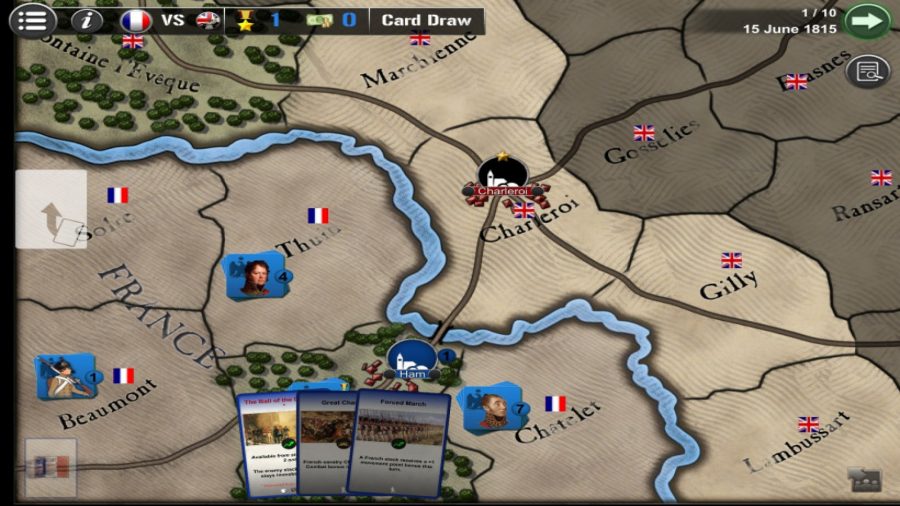 Wars Across the World

Presenting a universal take on the war game system, Wars Across The World tackles a range of scenarios and settings from across history. You could be fighting in the forests of Tannenberg one minute, storming the beaches of Normandy the next, before finally taking on the Syrians in the Six Days War.

We were very impressed with how well the mechanics translate from era to era, offering a consistently fun and challenging experience. Bespoke flavour is introduced via the card system, which can offer meaningful tactical and strategic choices. The base game only comes with the tutorial and one additional scenario -hence the cheap price – but so far none of the cheap scenario offerings have disappointed. The Berlin 1945 scenario is currently our favourite. 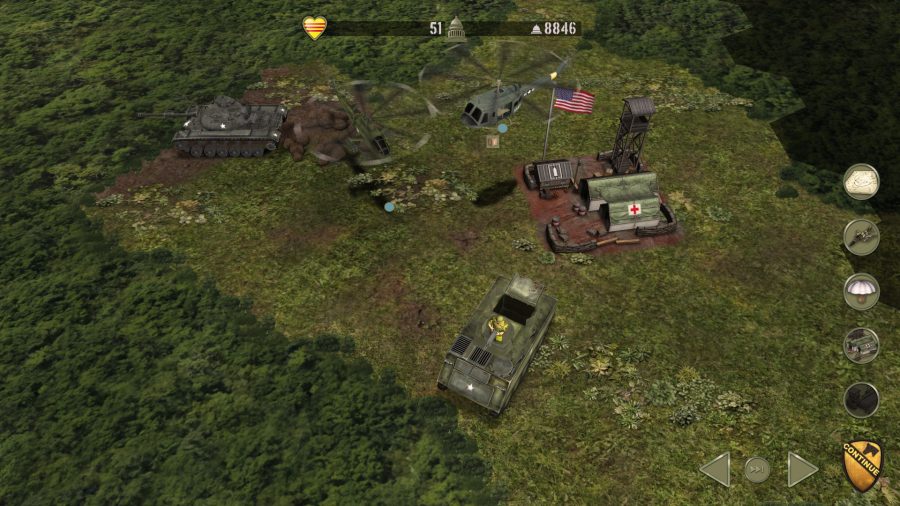 The core mechanics of Vietnam ’65 simulate the nature of counter insurgency warfare in a plausible and realistic manner. Constant pressure to keep a presence in the field makes it hard to gather the forces you need to destroy the enemy’s bases without compromising somewhere else. The result is a demanding just-one-more-turn experience.

The developer made a follow-up game, Afghanistan ’11, which is also really good and covers the events following the 2001 War in Afghanistan. You’re put in charge of American forces as you try and build up the ‘hearts and minds’ of the local populace, whilst also tackling Taliban-sponsored insurgents. Sadly, Apple removed the game from the App Store and it has yet to return. You can still pick it up on PC if you want. 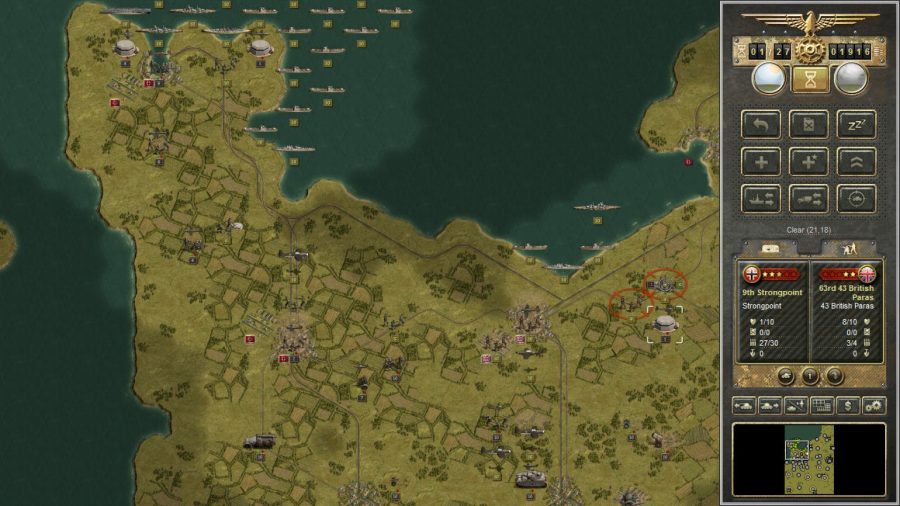 This war game is often hailed as ‘the spiritual successor’ to the wildly successful 1990’s series, Panzer General. Panzer Corps is a light-weight operational level WW2 game that allows you to play a series of linked scenarios in which your forces upgrade over time through around 800-unit types. The challenge is taking a specific objective within a time limit, whilst also retaining your force. But it’s probably not a good choice for anyone who is more interested in actual simulation or order-specific battles. 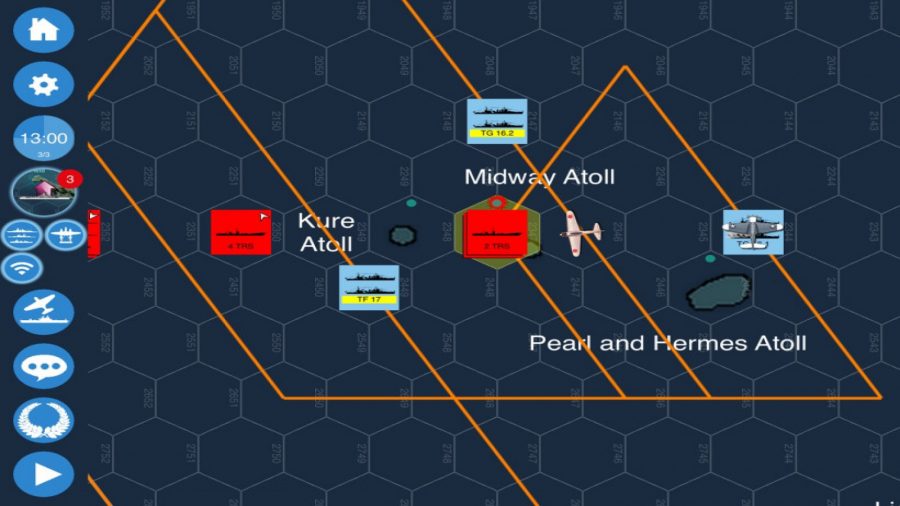 This is an outstanding carrier-battle war game played out at the operational level in the Pacific. The excellent AI, easy interface, and accessibility, combined with its realism and plausibility, make this a must-buy if you have any vague interest in naval operations. Most of all we love how this game spares no time in confronting you with challenging decisions, while also throwing you into the thick-of-it.

A successful Kickstarter means that this game will also be coming to Android – and Desktop PC – in the near future. 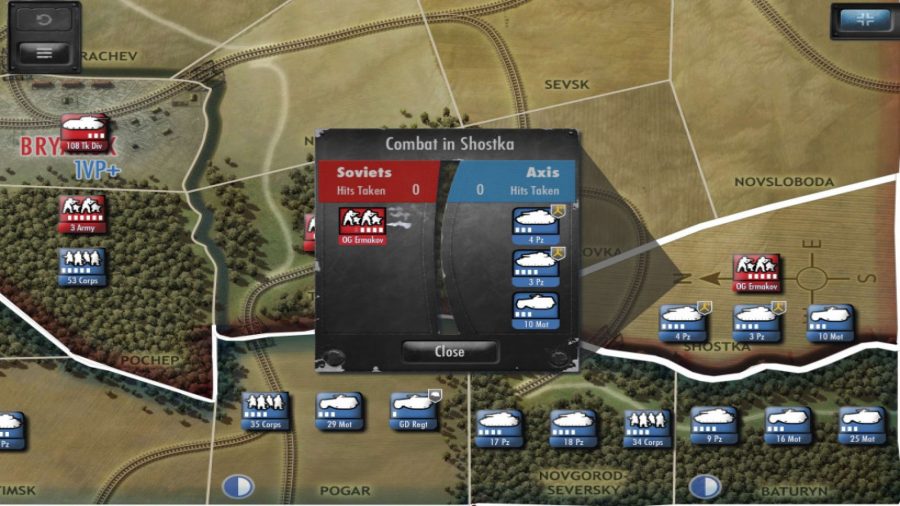 This is an operational-level, area-activation game that allows you to defend or drive on Moscow. Battling with realistic units and the clock, you’ll face a series of agonising decisions. Drive is a war game that keeps you on the precipice, trying to work out whether it’s a good time to push ahead, or fall back.

The outcome is determined by your skill in judging those moments correctly. Realistic, tense, and accessible, this a most excellent game indeed. 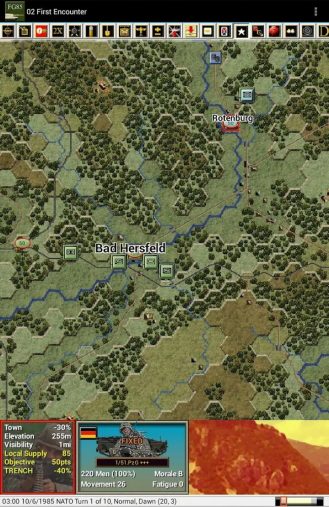 This is a series of four operational level games, covering the Arab-Israeli wars, a hypothetical cold war in 80s Germany, and the Quang Tri offensive in 1972. These games provide a detailed order of battle, great fog of war, and a realistic tactical combat element. However, the core system is admittedly dated, the AI isn’t great, and the experience doesn’t provide a particularly plausible command simulation if that matters to you.

If you don’t like endless drop-down menus then these games won’t be for you; accessibility is not a key strength here. 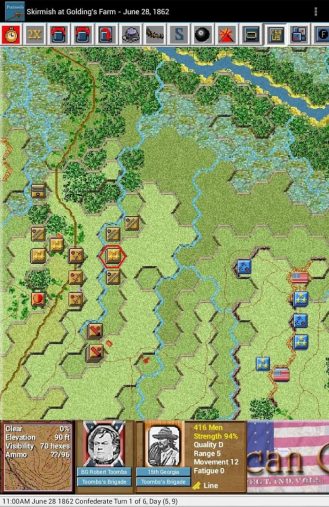 There are a tonne of Civil War battle games on various storefronts and most of them are a complete waste of time from a war gaming perspective. However, the JTS Civil War Battles series does provide a tactically solid game with a strong order of battle, backed-up with good combat mechanics.

However, like Modern Campaigns, the core system is dated and the overall simulation of the command experience doesn’t feel right. You will be hard pushed to find a better hardcore tactical War Game out there, and with 11 games in the series, you’ll have plenty to play with. It’s important to note that, unlike the Modern Campaign games, not every instalment in this series has been released on Android yet:

There are more JTS games on iOS than Android, but in addition to the above, JTS has put out some of it’s Panzer Campaigns, as well as both an air warfare, and a naval warfare game. All are worth checking out, and some are even free! Also be sure to check out our best mobile strategy games list, if you want something more general than war gaming. 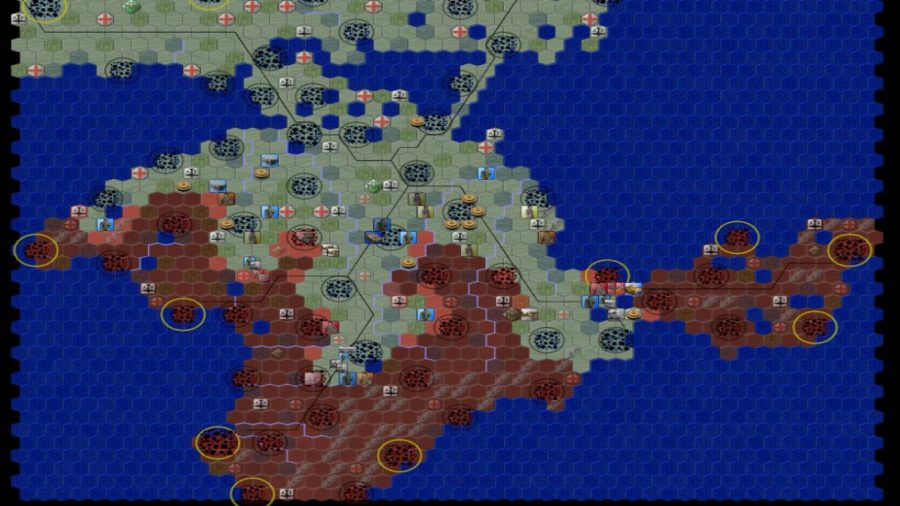 The Conflict series covers a huge series of WW2 operational level games. The main thing about these war games is that they are very accessible, and it’s probably the main reason for their success, as well as their reasonable pricing, and efficient design. On the downside, these games don’t look especially great; they are all pretty similar from a visual perspective. The AI can also be poor, which without two players makes the games’ long term viability somewhat limited.

Nuutinen’s titles are a bit too numerous to list here, so check out this link for the full catalogue of games he’s created. Also if you enjoy tile based games, you’ll certainly enjoy our guide for the best digital board games on mobile. 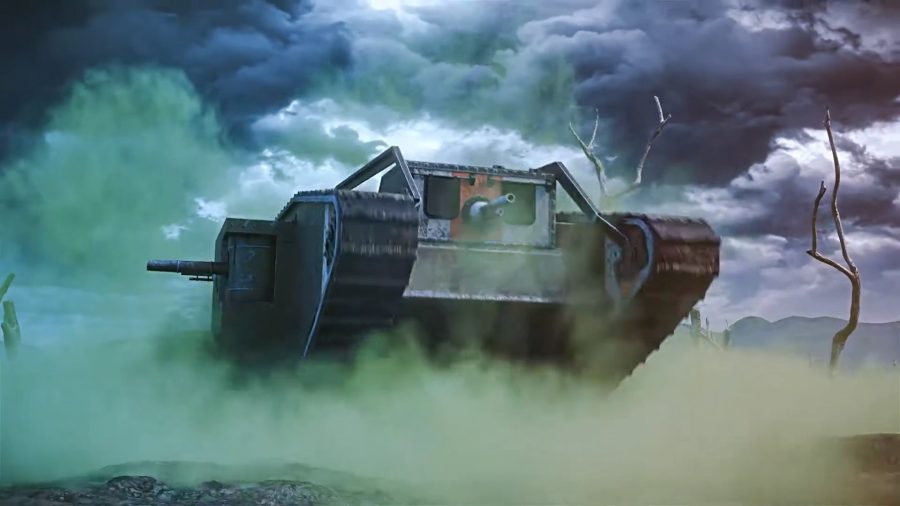 If you’re a fan of long-term strategy games, then Supremacy 1 might be for you. Much like Conflict of Nations: WW3, your battle plays out on the global stage as you fight against up to 83 players in real-time, slowly making advances and gaining ground. Supremacy 1 is free-to-play, cross-platform, and can also be played in your web browser, making it a pretty accessible war game.