With Yu-Gi-Oh! Master Duel having launched to great success, Konami is looking to capitalise on its growing player base by introducing limited format events. Following the popularity of the XYZ festival, the second event is an N/R festival, celebrating all the normal and rare cards from the massive catalogue.

In this guide, we tell you everything you need to know to build a top-tier Yu-Gi-Oh! Master Duel N/R deck. From staple cards, to an arsenal of archetypes, there’s more firepower than you might think in amongst the ranks of the lower rarity cards. The limitations also cut out almost all current meta threats, so it’ll be interesting to see what new builds and combos emerge.

If you still need more solid deck-building advice, be sure to check out our guides to Yu-Gi-Oh! Master Duel meta decks and Yu-Gi-Oh! Master Duel dragon decks. Or, if this particular card-game simulator doesn’t tickle your fancy, see our Magic the Gathering: Arena codes for a head start in Wizard’s duelling alternative, or our guide to the best Hearthstone decks.

As you’d anticipate, all SR and UR cards are out of action for this limited format event. However, Konami has also included a fair few N and R cards in the banlist to keep any broken mechanics at bay, and try and put a stop to the self-OTK decks that were so prominent during the XYZ festival.

UR and SR cards aren't the only strong cards!

Get your Deck ready for the N/R Rarity Festival, starting next week!
Make sure to check in-game for the start time for your time zone.#YuGiOhMASTERDUEL pic.twitter.com/yZkyW5hltk

To find the full list of banned and limited cards for the N/R festival, first go to the duel menu. From there, select the event duel option on the side of the screen, then click on event info. The following page should have a complete catalogue of all the banned cards for the event. Just keep in mind, it’s a long one, and it might be quicker to search any cards you’re unsure of.

As most deck staples are either SR or UR rarity, there aren’t really any cards that belong in every deck for this event. However, It’s the first time that you don’t have to think about hand traps, like ‘Maxx’ C and Ash Blossom & Joyous Spring, which means you can get a bit more creative without worrying about negates. 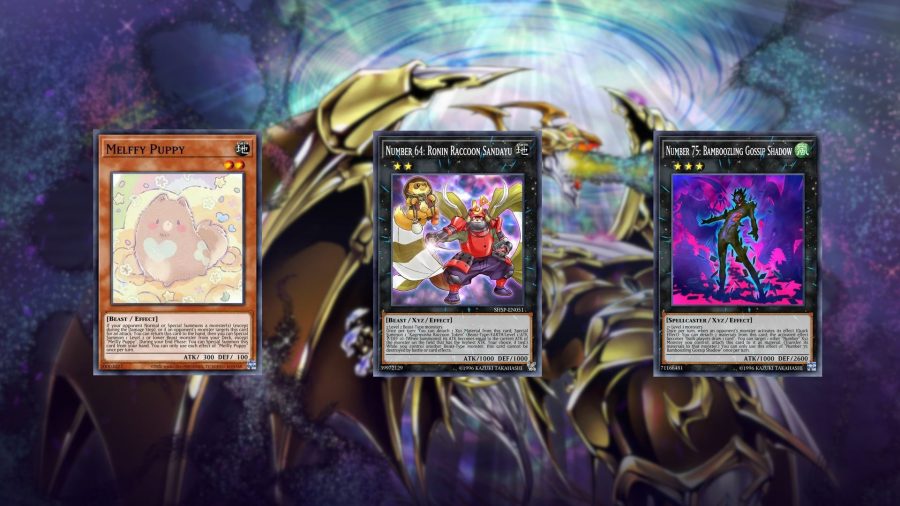 Despite appearances, these fluffy friends come into their own in a limited format, with almost the entire archetype eligible for play. The star of the show is Number 64: Ronin Raccoon Sandayu, an XYZ monster with the effect to summon a token with equal ATK to your opponent’s strongest card. Add in an extra copy of Number 75: Bamboozling Gossip Shadow to boost resources for your Ronin Racoon, and you’ve got a deck sure to frustrate opponents.

If you want to bring some pendulum summoning power to the N/R festival, the Dinomist line is a good starting point. Get some level five monsters on the field as quickly as possible to summon either Cyber Dragon Nova or Number 5: Doom Chimera Dragon for some XYZ firepower, or use the quick summoning effects of Dinomist monsters to bring forth Triple Burst Dragon and see out the game. 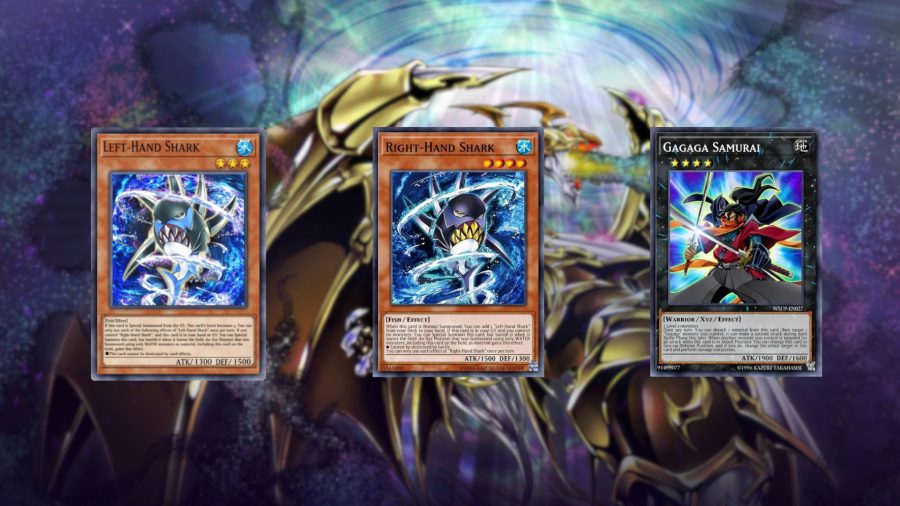 With both Left-Hand Shark and Right-Hand Shark playable in the format, there’s a lot of scope for bringing out unstoppable XYZ monsters like Number 70: Malevolent Sin or Gagaga Samurai. Drop a well-timed combo with Gagaga, or keep boosting ATK with Malevolent Sin, and leave your opponent swimming with the fishes.

We’ll take just about any opportunity to play gadgets in a competitive setting, and those opportunities don’t come around often. However, in this limited format, the gadgets are the most playable they’ve been in Master Duel yet, with a good chunk of the core cards eligible for use. Dovelgus, Generaider Boss of Iron is a crucial inclusion in any gadget deck, overwhelming your opponent with summoning prowess.

One of the better alternative win condition N/R decks is the Ghostrick set, providing enough eligible cards to create a highly annoying deck-out technique. Ghostrick Doll into Ghostrick Stein into Ghostrick Skeleton is a triple combo that will dig away at your opponent’s resources. Just be careful of enemy graveyard effects, as there are a decent amount of archetypes that activate from the beyond that the spooky spirits struggle to counter. 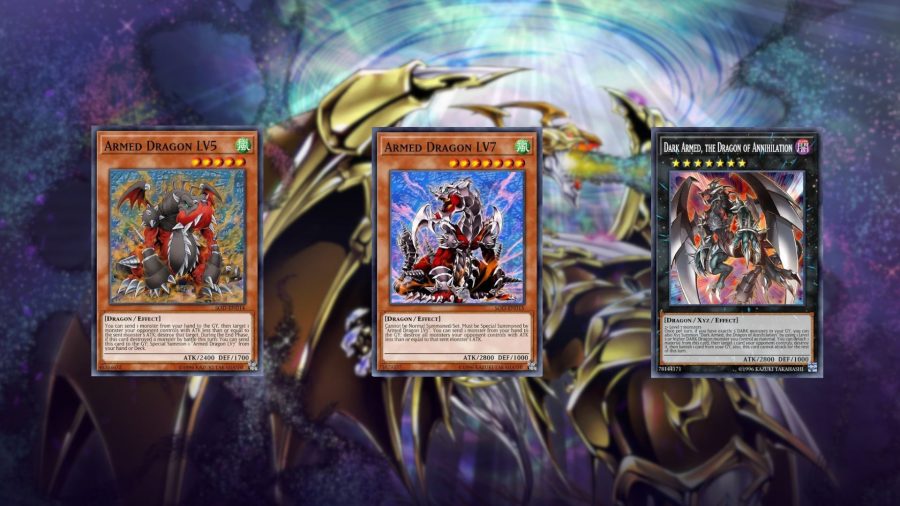 Thunderbolt in the Far North

The Thunderbolt in the Far North is a surprisingly competent deck for a loaner. Anchoring around the Armed Dragon line, with a few good options in the extra deck, there are a bunch of combos embedded in the set with a very steady learning curve. It has the best board control of the three decks, with Armed Dragon LV5 capable of using its effect to take out enemy effect monsters.

A Bond Through the Passion for Cards

This equip card orientated set is the most hit or miss of the three, but when it hits it gets the job done in style. For example, equipping Mage Power to Seven Sword Warrior will boost ATK points and deal burn damage to your opponent, with an option to destroy the equip card and one of your opponent’s monsters. If you can’t get to your equips quickly, then this deck can be frustrating to play, but it’s worth trying out if you don’t want to build a new set for the event.

This deck combines the Iron Chain archetype with some of the eligible Psy-Framer cards for a set that has some strength, but is admittedly a little underwhelming compared to the other options. There are some high-level psychic synchro monsters that you can summon without losing too many resources, but the lack of potent effects leaves this set as a bit of an outlier.

There you have it! With that advice, you should be ready to celebrate in style with your own Yu-Gi-Oh! Master Duel N/R deck. For more deck-building delights, check out our list of the best card games on Switch and mobile.