The Angry Birds characters you come into contact with through your adventure across the Piggy Kingdom are an interesting bunch. Since the inception of the series over a decade ago, Red, Chuck, King Pig and the rest have been fighting for the fate of the bird eggs, but with so many titles now part of the franchise, it isn’t difficult to lose track of the major players.

Fortunately, our Angry Birds characters guide has all the information you need to get to know Red’s flock and the King Pig’s henchmen without firing a single catapult. Despite the Angry Birds being veritable film stars in this day and age, we’re going to be concentrating on the in-game appearances of the famous avians, as well as their oinking counterparts.

For more on Rovio’s smash-hit destruction game, check out our Angry Birds download guide, as well as a comprehensive list of all the Angry Birds games you can play right away. Or, if you’re looking for something a little different, but still airborne, take a browse through our picks for the best flying games on Switch and mobile. 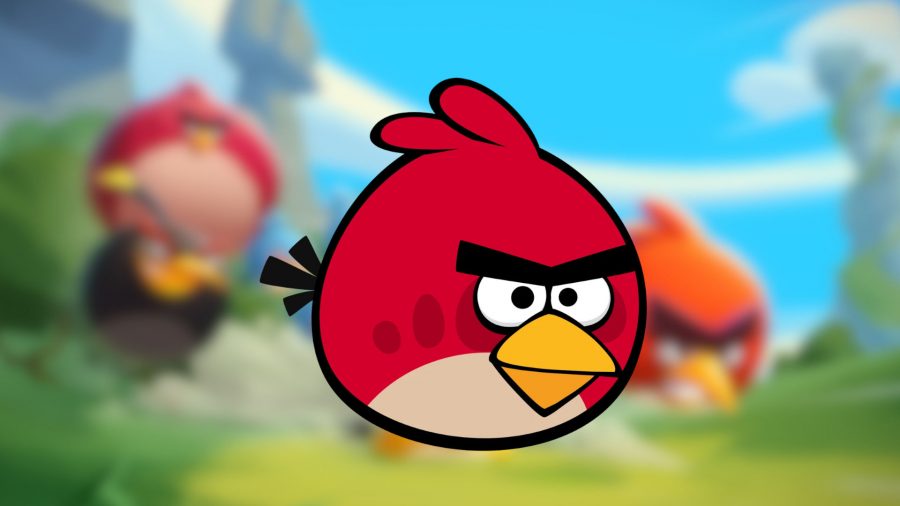 The de facto leader of the Angry Birds, Red sums up the group perfectly with his grumpy demeanour and defiant attitude that fuels his fight against the pigs. With his best friends Chuck and Bomb, as well as the rest of his flock of angsty airborne assailants, Red has led many assaults against the Piggy Kingdom, in order to save the precious bird eggs from the stomach of King Pig. 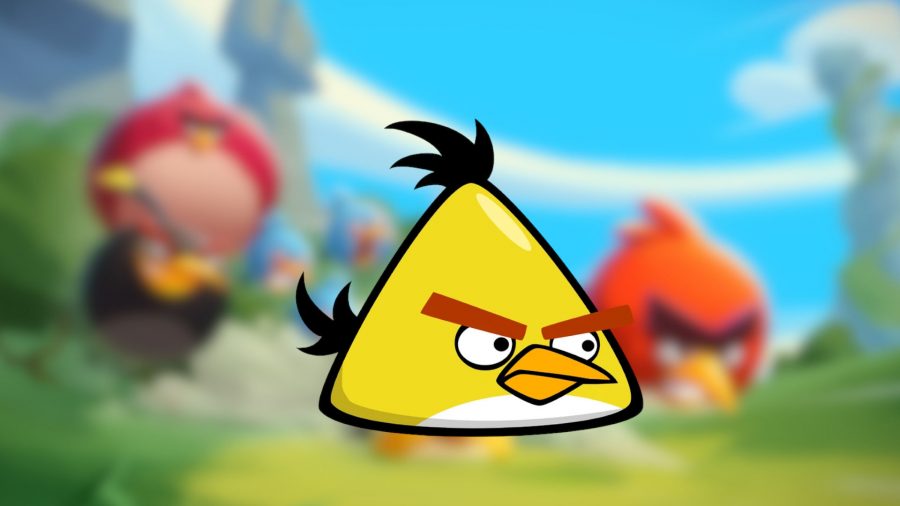 Red’s yellow best friend is Chuck, the informal second-in-command of the Angry Birds troupe, and quite possibly the fastest bird in the world. His super-speed abilities to do anything from stopping time, to manifesting miraculous air boosts, makes him an invaluable member of Red’s Flock, and his mischievous nature cements him as a fan favourite too. 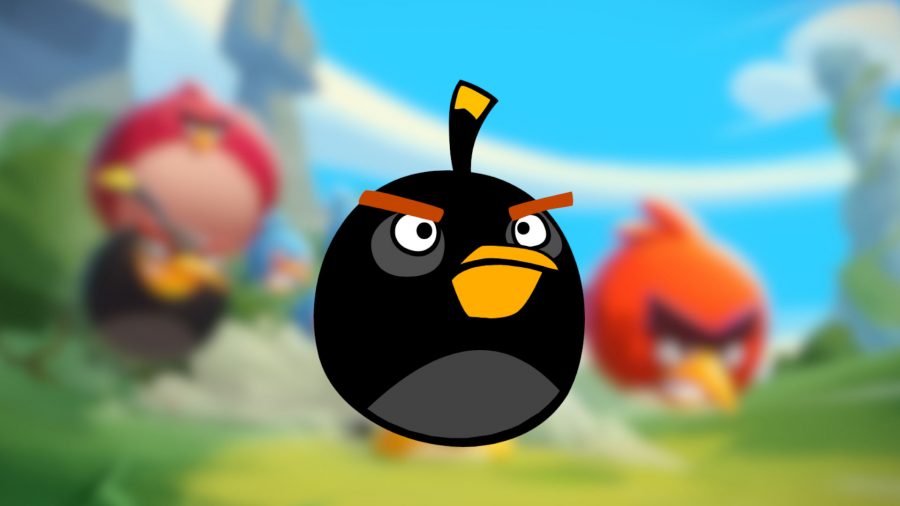 The most explosive of the Angry Birds, with the least imagination in their name, Bomb is a trusted friend of Red and a consistent member of the team. With his destructive powers, he’s one of the most well-equipped to take down strongholds and fortresses, and his fitting short-fuse attitude makes him even more of a danger to the short-snouted inhabitants of the Piggy Kingdom. 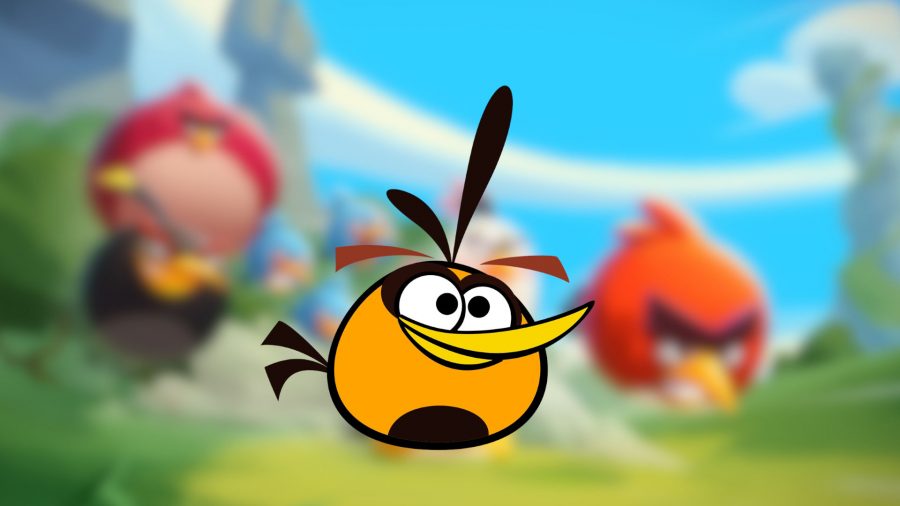 While not part of the original line-up, the self-inflating Angry Bird Bubbles has been around since Seasons, helping to take down the egg-stealing pig scourge. This bird’s ability is to blow up, as in inflate, rather than explode, 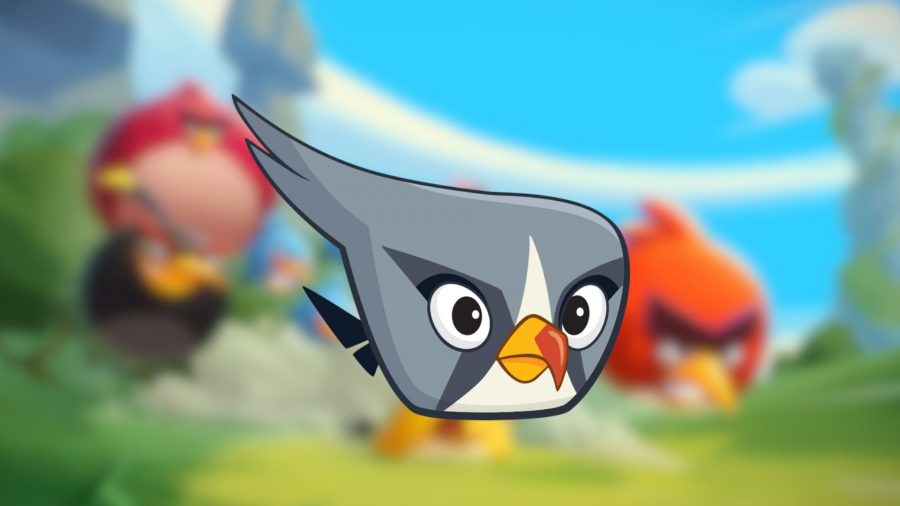 Raised by pigs, Silver starts out as an outcast among the Angry Birds crew, thanks mainly to her acting more like one of the snouted mammals who Red’s flock are striving to take down, but thanks to her can-do attitude and helpful mid-air looping ability, these days she’s an established member of the gang. 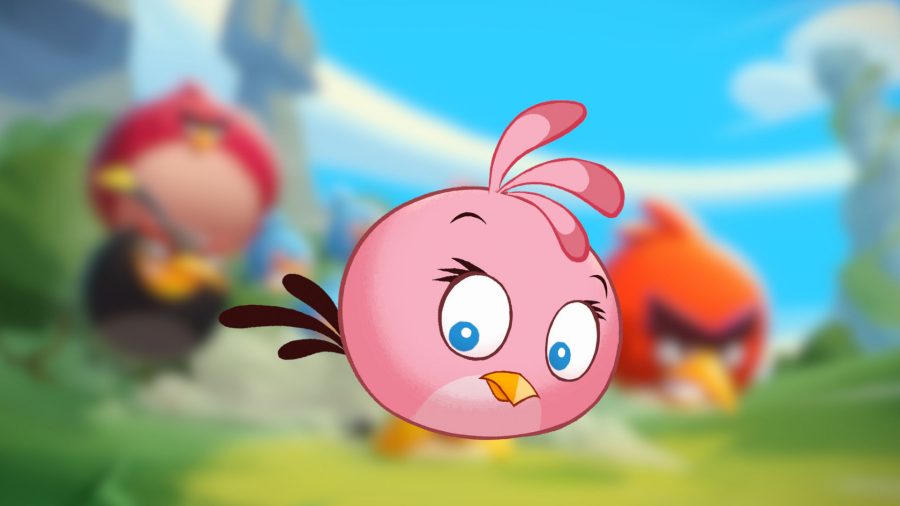 Another late-comer, Stella is one of the few Angry Birds members to come from Golden Island rather than Bird Island, but this doesn’t mean she doesn’t give it her all to save the precious eggs. After joining the group when her friend Gale defected to the enemy, Stella has since channelled her vengeance into her special bubble attack that floats debris into the path of the pigs. 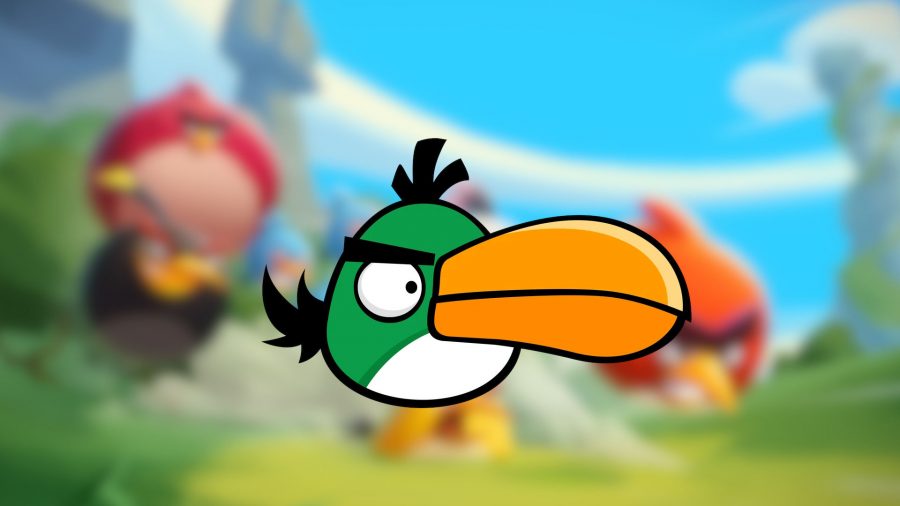 Hal, the green boomerang bird, is another welcome member of Red’s flock. He’s also the musician of the Angry Birds gang, often seen with his trusty banjo (when he’s not boomeranging his way through piggy bases, that is). 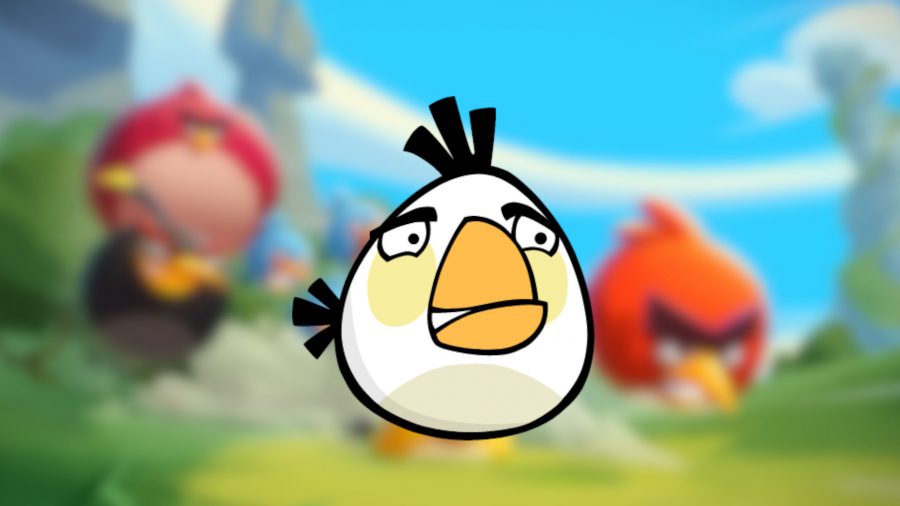 Matilda is the least aggressive of the Angry Birds by far, but that doesn’t make her useless. In fact, Matilda is one of the better weapons against the Piggy Kingdom, with her special ability to lay explosive eggs all over the hideouts standing in her way. She’s also married to Terence, the next bird on our list, and has since become the unofficial matriarch of the group. 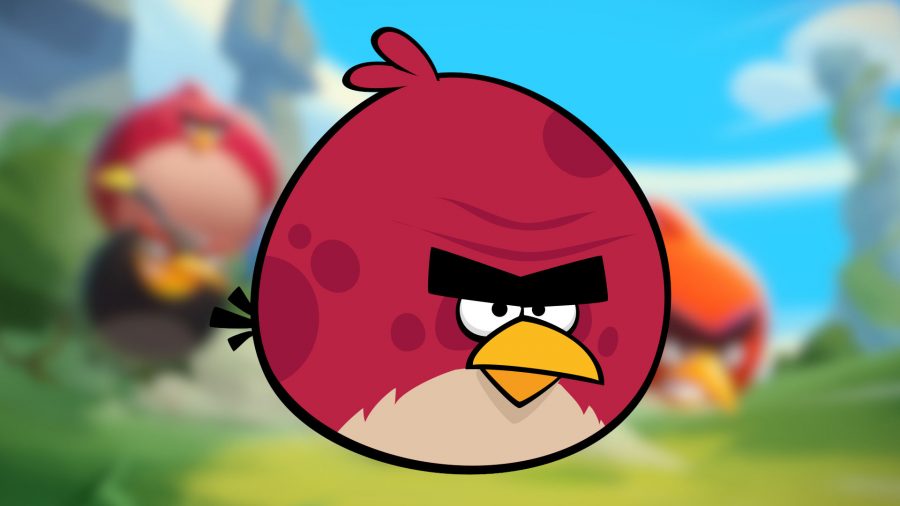 As the strongest avian of the core Angry Birds crew, Terence is the last thing an unsuspecting pig wants to see rain down on them. He’s also the archetypal strong but silent type, hardly ever dipping into conversation with Red and the rest of the flock, but he’s shown his heart a few times over the long history of Angry Birds titles. 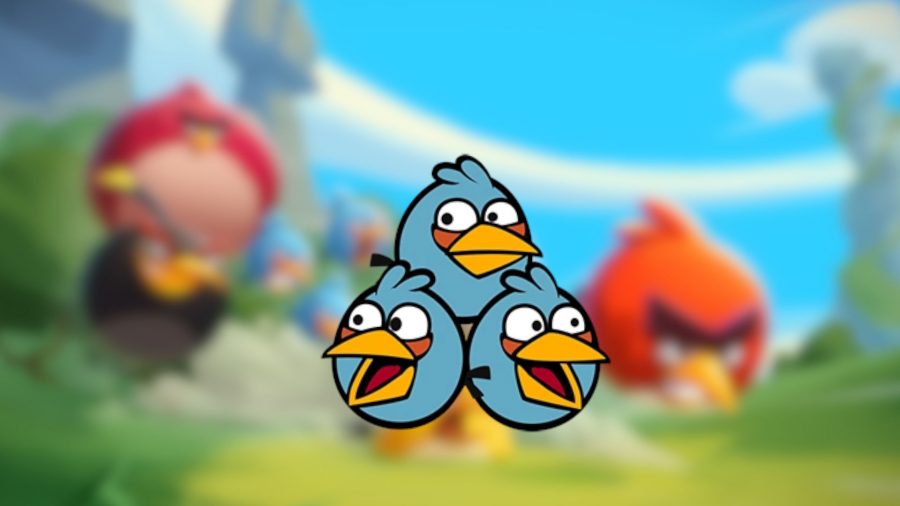 Known collectively as the Blues, Jim, Jake, and Jay are a trio of Angry Birds who attack as one, flying as a collective before releasing into a cluster that hits three different targets. Despite the bags under each of their eyes, the Blues are a lively bunch, adding a good bit of youthful energy to the grumpy Angry Birds gang. 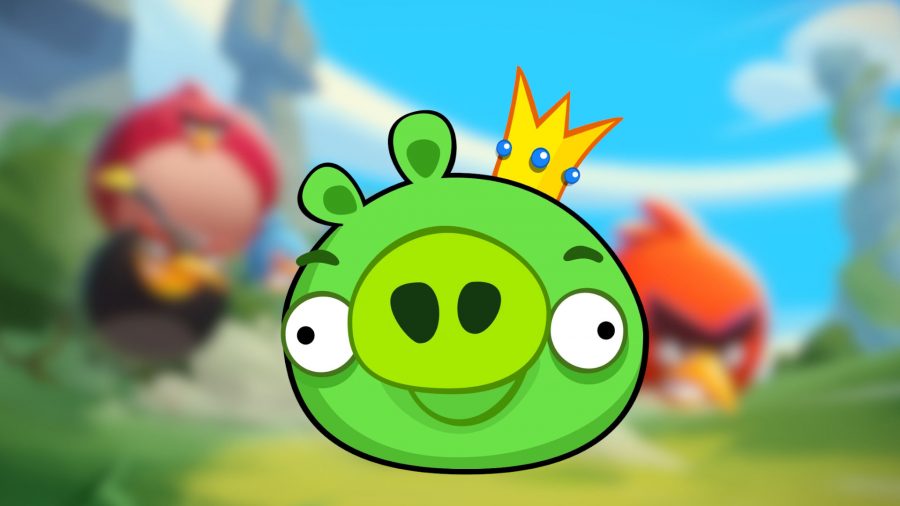 The supreme leader of the Piggy Kingdom, King Pig Smooth Cheeks is the evil force at play in the Angry Birds universe, on his twisted campaign to steal the bird eggs from Red and the gang. Of course, his failure is so consistent that at this point it’s only matched by Team Rocket’s attempts to capture Pikachu in the Pokémon anime, but we don’t doubt that the old trotter still has a few tricks up his sleeve for future releases. 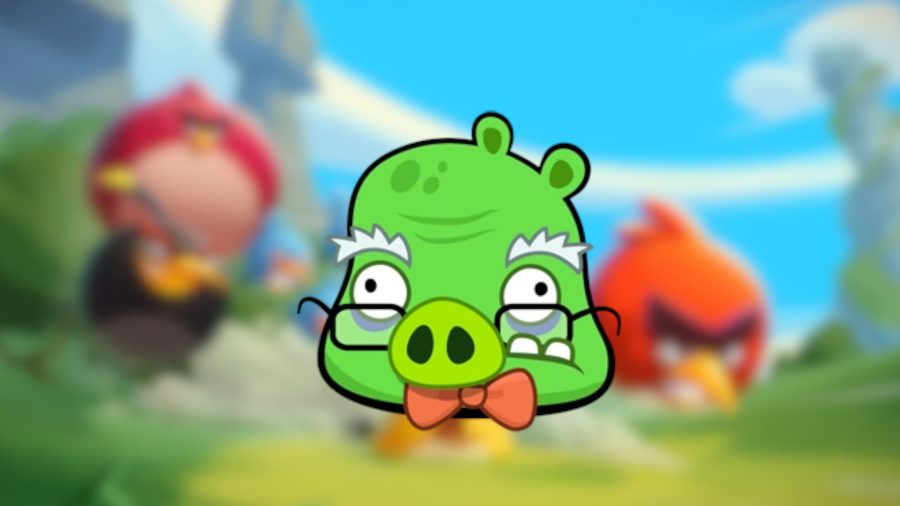 The smartest and quite possibly the kindest inhabitant of the Piggy Kingdom, Professor Pig is the Angry Birds saving grace in the ongoing fight for the eggs. Despite his snout and trotters, this pig helps Red and the rest of the flock on their mission, providing potions and power-ups in exchange for a little coin. 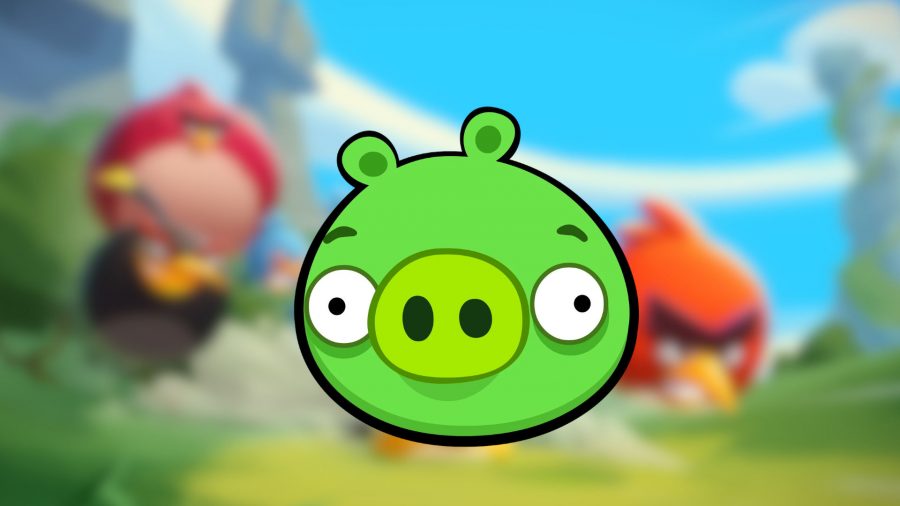 Originally and informally known as Freckles, Ross the pig is one of the most frequently recurring characters in Angry Birds, acting as a stand-in for any common pig, and almost always ending up worse for wear thanks to Red’s flock. 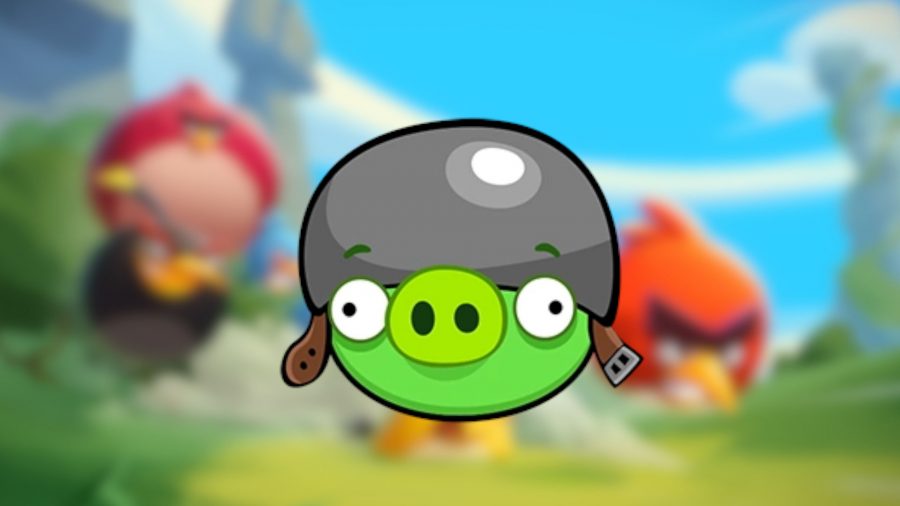 Commander of the army that supposedly protects the Piggy Kingdom, Corporal Pig is distinguishable from the rest of the swine by his bucket helmet, but he still falls hard in battle just like the rest. The only thing to be admired about Corporal Pig is his dedication to the cause and his king, but it never usually does him much good to be so loyal. 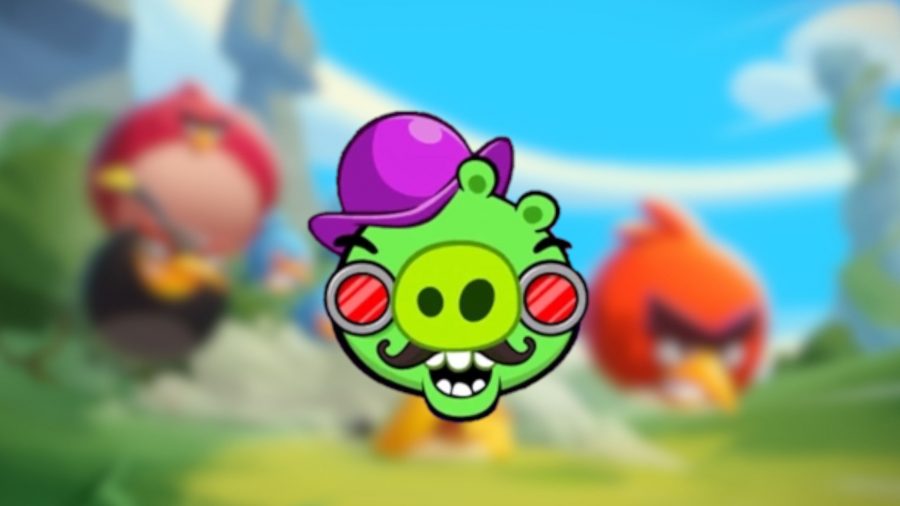 An enemy exclusive to Angry Birds Space, Hektor Porko is a maniacal follower of the King Pig with his own evil plans. He plays the mad professor role of the Piggy Kingdom, with suitable goggles and inventor moustache to match. 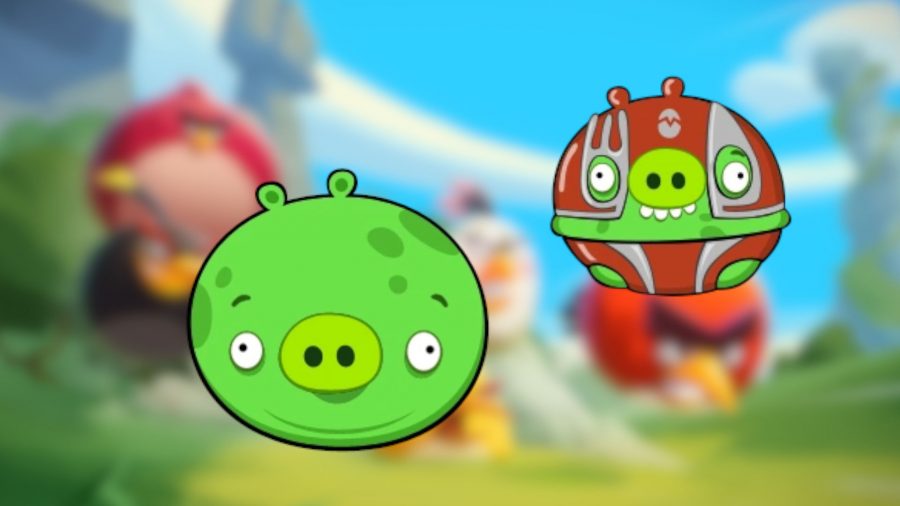 El Porkador is the Fat Pig’s villainous disguise, though it has to be said the mask doesn’t do a great job of keeping this trotter’s identity secret. Used as a weapon to take bird eggs from Red and the gang, El Porkador is the natural enemy of Terence, the only bird big enough to take him on, and the duels between the two went down in legend in the history of the conflict.

There you have it, our detailed list of Angry Birds characters from the whole scintillating saga. For more games you won’t be able to put down, check out our list of the best mobile puzzle games.