But when was the last time we got a proper Zelda game? What? 5 years ago? No way… It’s been much longer than it feels since Breath of the Wild came out. So if you’re missing the world of Hyrule, dive into some of the best games like Zelda available on the Nintendo Switch, as listed below.

If you really can’t wait for the sequel to Breath of the Wild, check out our BotW 2 release date guide. Or, if you need a refresher on the stars of the series, check out our BotW Link and BotW Zelda guides. If you’re still roaming around that gorgeous game we’ve also got a BotW recipe book to help you cook every meal. Scrumptious. 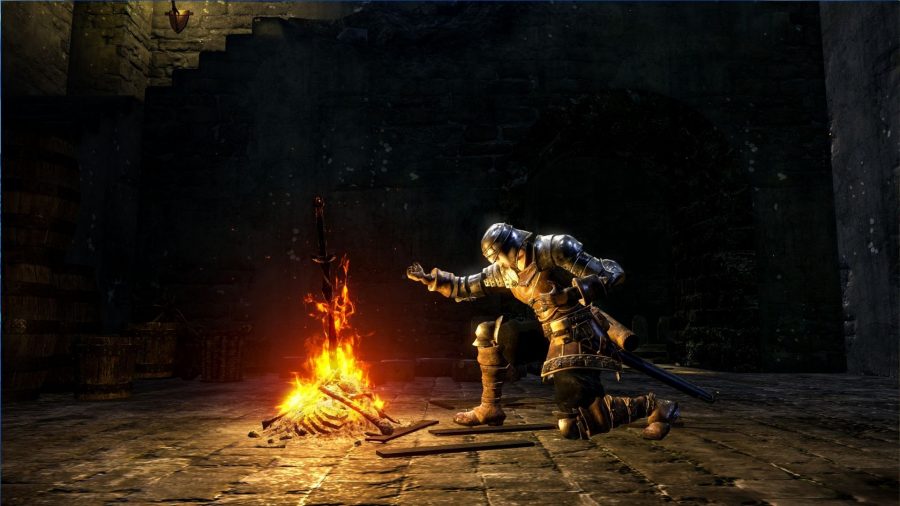 FromSoftware’s grim medieval fantasy RPG is one of the best games ever made, if a little tough. But Dark Souls did influence combat in Breath of the Wild quite a lot, even if it seems cut from a different cloth. And it took a tonne of its inspiration from classic Zelda dungeon design.

It just has so much Zelda in it, whether you’re an old fan or a new one. It may be tough, but there’s Nintendo magic sewn throughout (and a hefty dose of Dragon Quest, if you’re into that). It’s also a great fit for Switch. Who doesn’t want sheer pain on their morning commute? 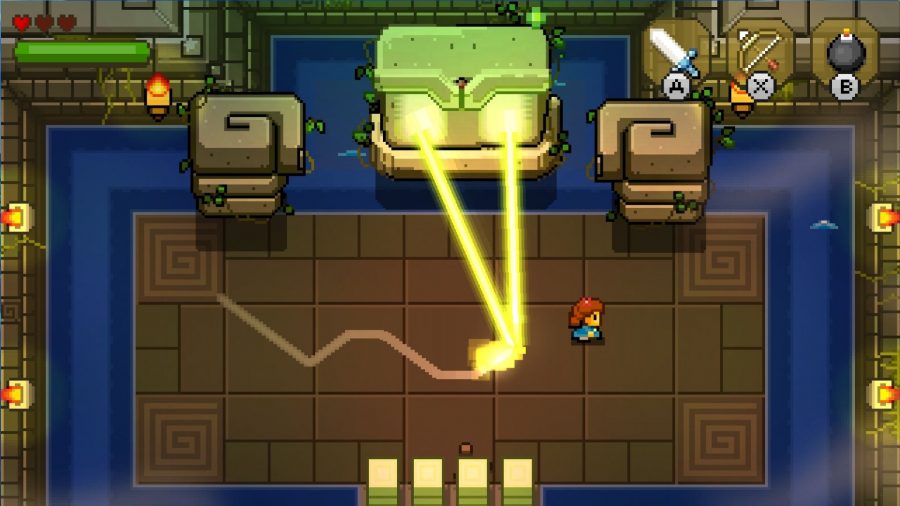 One of the first games I played on Switch, Blossom Tales is very, very similar to Link to the Past. It’s reductive to call it a clone, as it doesn’t have the same frustratingly oblique nature as its inspiration, but it wears its influence on its sleeve. That doesn’t stop it from being marvellous fun though, with gorgeous animation and art, it’s a wonderful adventure that doesn’t cost all that much (and Blosson Tales 2 is on the way). 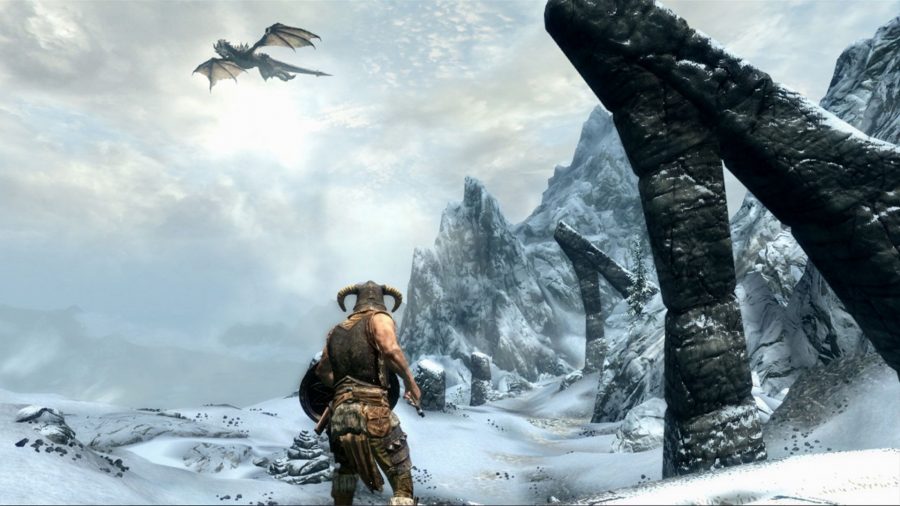 When Breath of the Wild came out, it was clear what had influenced it. The fact that it has Ubisoft towers à la Assassin’s Creed is the most obvious and trite influence. But Skyrim is also there a lot. ‘Go anywhere and do anything’ is the driving principle of Skyrim, and it seems to flow into BotW. Skyrim is still as excellent as the day it launched, and, apart from the lacklustre dungeon design, should fill any Zelda shaped hole. 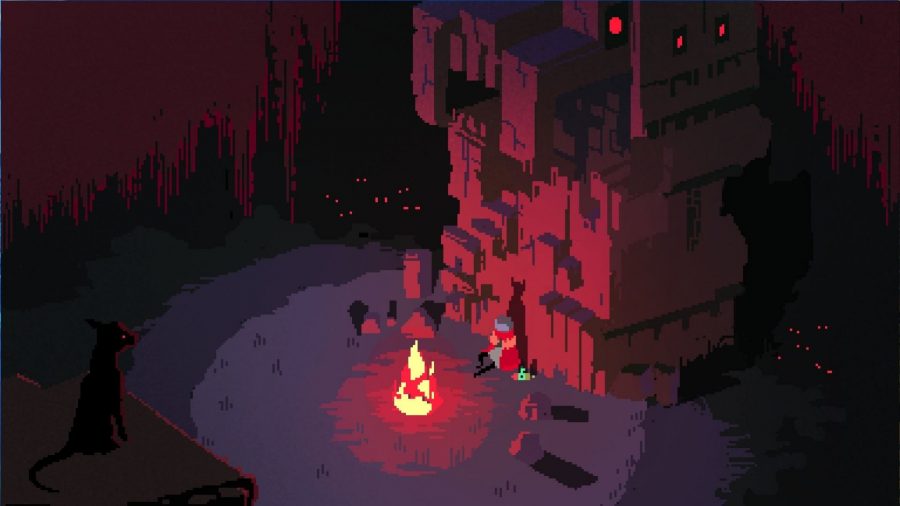 Similar to Link to the Past in terms of design, Hyper Light Drifter is a tough and mysterious action RPG with gorgeous art and animation. Another nice link (pardon the pun) to Zelda is the influence that Studio Ghibli has on the story of Hyper Light Drifter, one directly cited by the devs. If you played BotW, you probably saw the Ghibli influence throughout, and you should see it here too if you give this excellent indie a try. 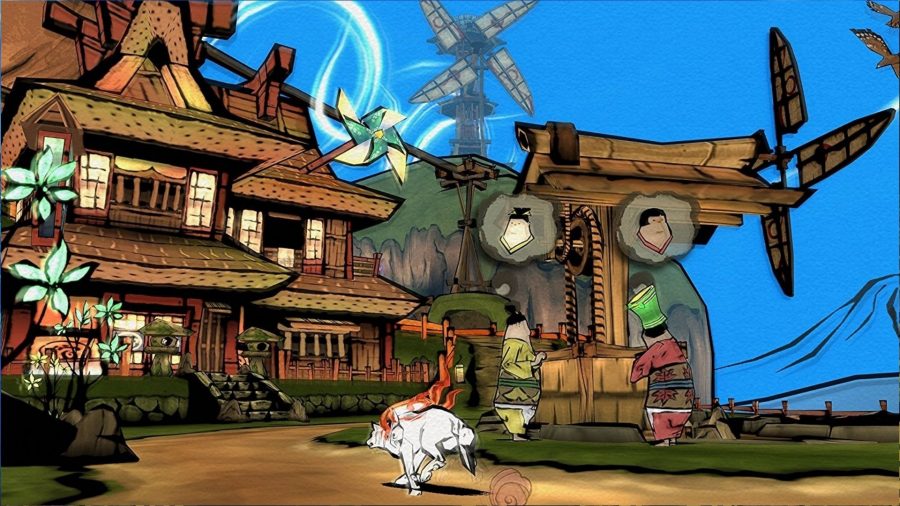 If you’ve got 40 hours to spare and you like wolves, then this is the game for you. The legendary Clover Studio created Ōkami, and it’s the best game they released (and the most Zelda-inspired). In basic terms, you take control of a wolf who just loves to paint. In non-stupid terms, it‘s a gorgeous, cel-shaded action-adventure full of Japanese folklore and excellent music. Everyone should play it. 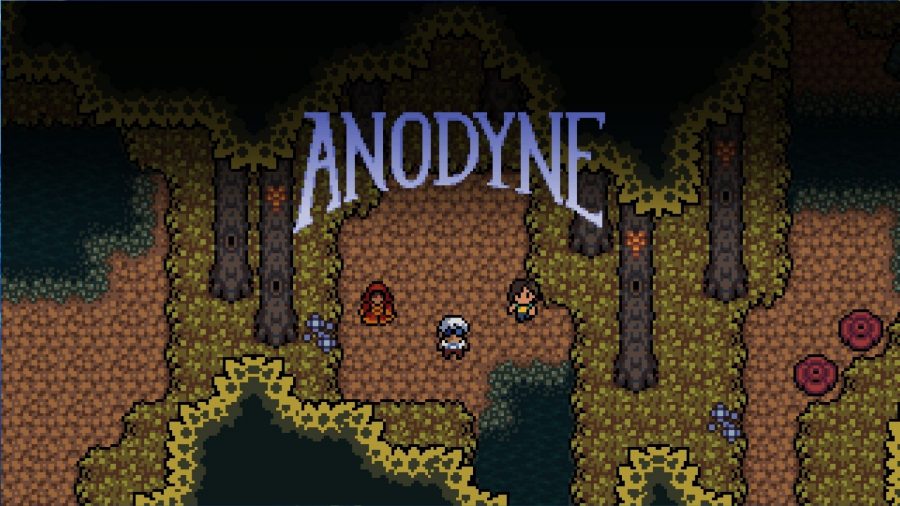 What if Zelda, but weird? Well, that gave us Link’s Awakening. But what if Zelda, but really, really weird? Then you get Anodyne, described as a game ‘immersed in a moody, dream-like soundtrack’ where you ‘explore a world full of natural, urban and abstract environments, solving puzzles and defeating enemies…with a broom!’ With a broom! Amazing. 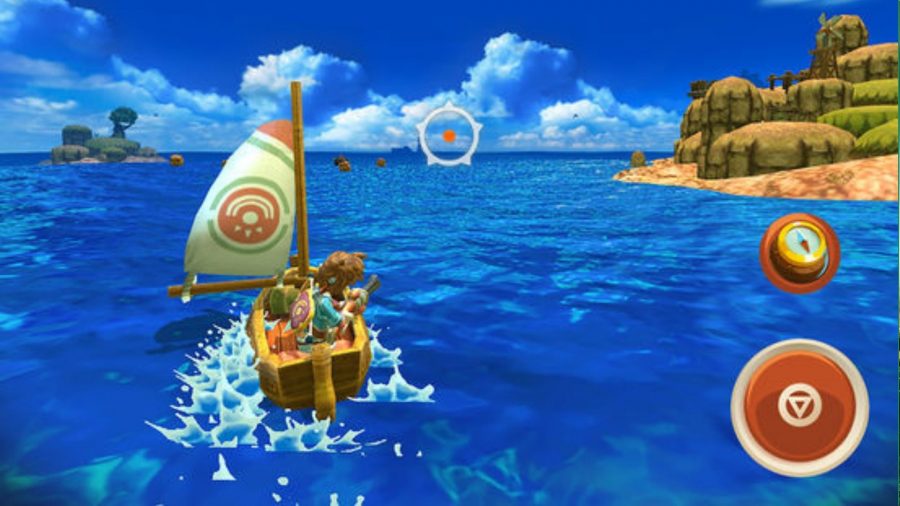 Whether you play the first game, Monster of the Uncharted Seas, or the prequel, Knights of the Lost Realm, the Oceanhorn games are so much like Zelda that even the main character is basically Link but with a funky haircut. Think Wind Waker and Link to the Past but with excellent music aided by legendary composers Kenji Ito and Nobuo Uematsu. 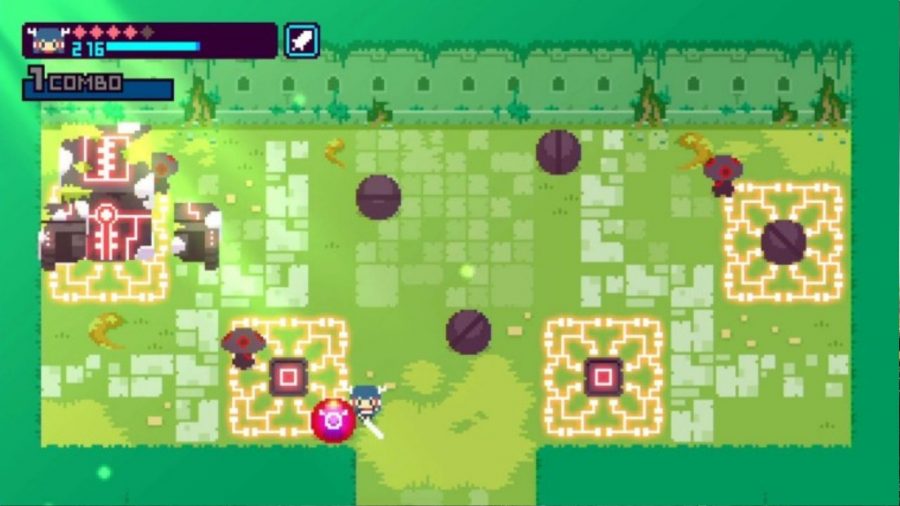 A short game inspired by Japanese Shinto beliefs, Kamiko has an excellent, winsome aesthetic and varied gameplay, thanks to three distinct playable characters. It ends way too soon, but it’s also super cheap. Well worth picking up for any Zelda fan. 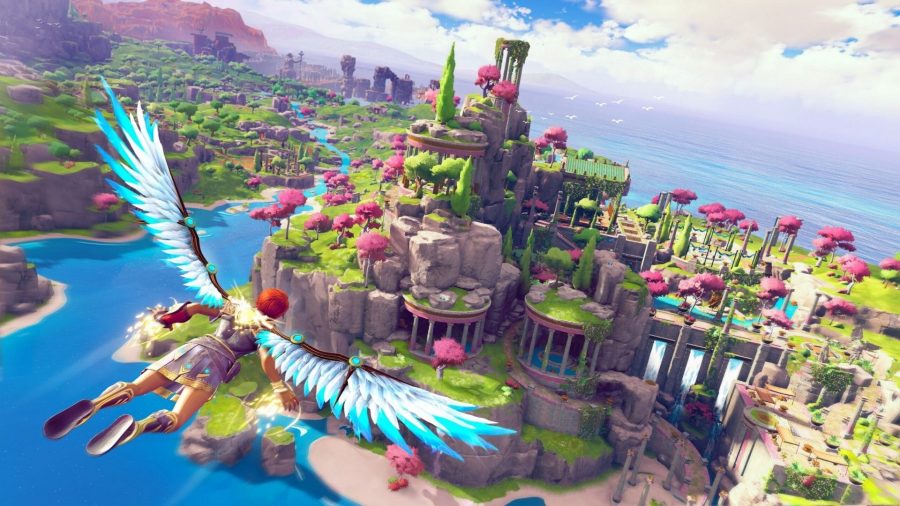 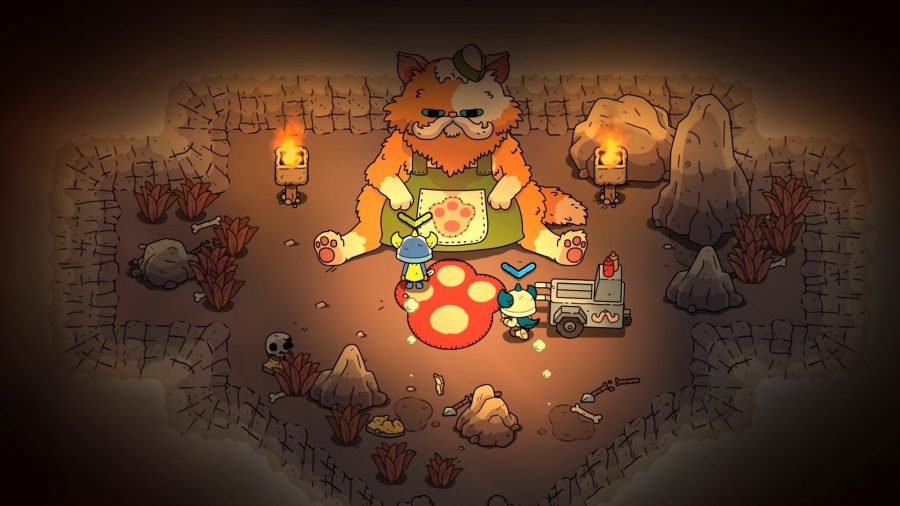 The Swords of Ditto: Mormo’s Curse

Published by Devolver Digital, The Swords of Ditto is another action RPG that will feel very familiar to any Zelda fan. You’re a dude, and you have to do some big thing to save the world. Cool! As you progress, different areas open up and you gain different abilities. Classic! Oh, and it’s super cute, too. 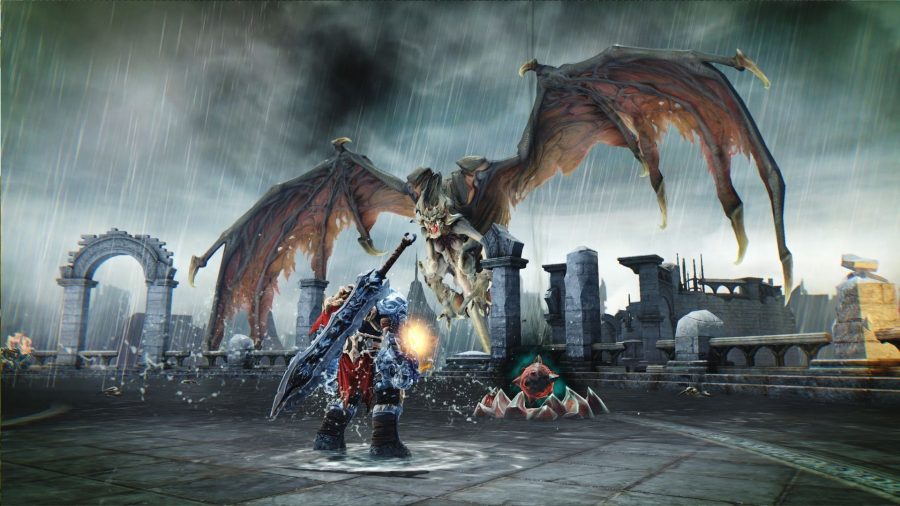 All three mainline Darksiders games are reminiscent of Zelda, and all are available on Switch. The first game is the one to start with (and might be the only one worth your time), and it has classic Zelda trappings throughout. There are weapons and magic and puzzles all in an art style that holds up really well in the recent remaster. 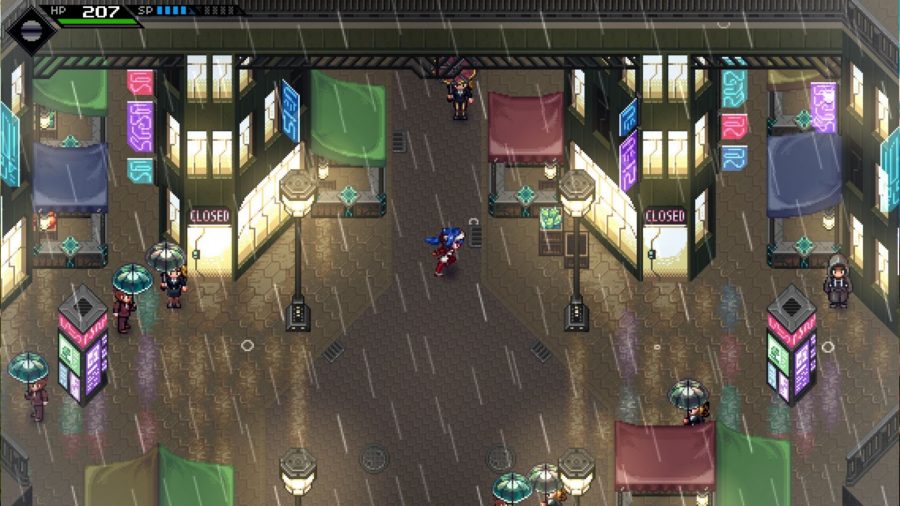 You know how Link doesn’t really ever talk? Neither does Lea from CrossCode. That’s not the only similarity though, with fast-paced combat and puzzles abundant. Still, CrossCode sets itself far apart from being just a Zelda clone. As the protagonist Lea plays the in-game MMORPG CrossWorlds, so does the player. It fixes MMOs by not being an MMO. Genius! 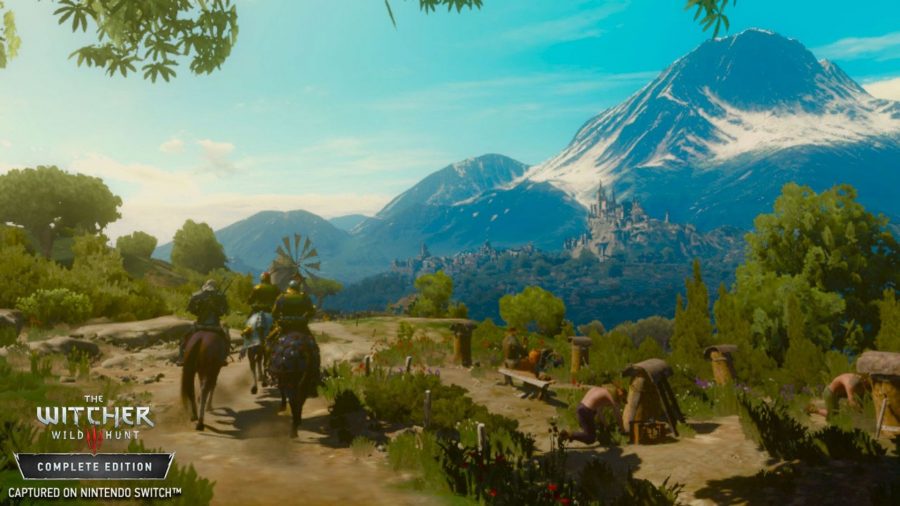 Okay, maybe don’t play this on Switch, but you can (I did). The Witcher 3 is an all-time great among RPGs. It has some of the best writing in any video game, some exceptional side quests, and top-tier DLC. It’s one of those games everyone should play. Just maybe not on Switch…