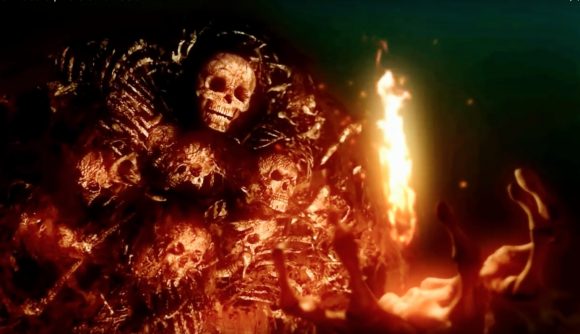 There are many famous faces that grace Lordran with their presence, but some deserve a bit more love than what they get. Yes, the likes of Gwyndolin, O&S, and Artorias deserve the recognition that they get, but what about Dark Souls’ Gravelord Nito? Where’s the adoration for the First of the Dead? Luckily for us, Reddit came to the rescue once again.

There’s a Dark Souls Nito appreciation post on the social media platform, and we’re here for it. The thread is from user RileyCavanagh765, and it’s fair to say that they’re not the only one that thinks quite highly of this important figure. For someone as crucial to the world as Nito, a surprising number of Chosen Undead choose to overlook him. Seriously, he essentially created death in this land. He’s kind of a big deal.

One of the main gripes people tend to have with the character is down to his lack of lore (though we’d argue his backstory is equal amounts intriguing and heartbreaking if you know enough about it), but Redditor Blood_Thrash has the perfect response to this complaint as they explain that “[Nito] knows what he is. He’s the ceaseless wheel, the cold inevitability, the shadow that embraces all, eventually. He’s death, and that’s all there is to it.”

We couldn’t have put it any better ourselves, and it’s a sentiment we share, though we also agree with the simple reason for KingOfSpiderDucks’ love for the Gravelord – “I just think he’s neat,” all we’d do is add a little ‘o’ to the end of that.

Who is Dark Souls’ Nito?

Dark Souls’ Gravelord Nito is one of the most important figures in the history of Lordran, even if he doesn’t always get the recognition he deserves. Quite frankly, he seems to be the only one that truly knows his purpose and embraces his fate. He is the First of the Dead, holds one of the lord souls, and is a huge part of how the Age of the Ancients ended.

We can’t think of a better way to close out this Nito appreciation post than with the words of Redditor TheFreebooter, “pour one out for skeleton daddy, taken from us too soon.”