If you’re more of an axe-swing first and ask questions later kind of demon slayer, then the Diablo Immortal barbarian is the best call for your adventure through Activision Blizzard’s mobile action RPG. With ridiculous bulk, and power to boot, this unholy alternative to the crusader smashes skulls with ease wherever they find themselves.

As you’ve found yourself here, that means you’re probably looking for a Diablo Immortal barbarian build guide. Despite the natural strengths of, well, strength in this class, it can be difficult to figure out exactly what the best combination of skills, gems, and stats are, so we’ve put together some tried and tested strategies to barge through the baddies and bosses of the underworld.

As a melee and strength-based class, both the primary and secondary skills of Diablo Immortal’s barbarian centre around being right in the heat of the battle. The default level one primary skill, lacerate, is one of the better starting skills throughout the classes, launching a series of powerful attacks. The level 32 primary skill unlock for the barbarian, frenzy, is also incredibly effective, functioning similarly to lacerate, but with a higher damage output that stacks up to five times. 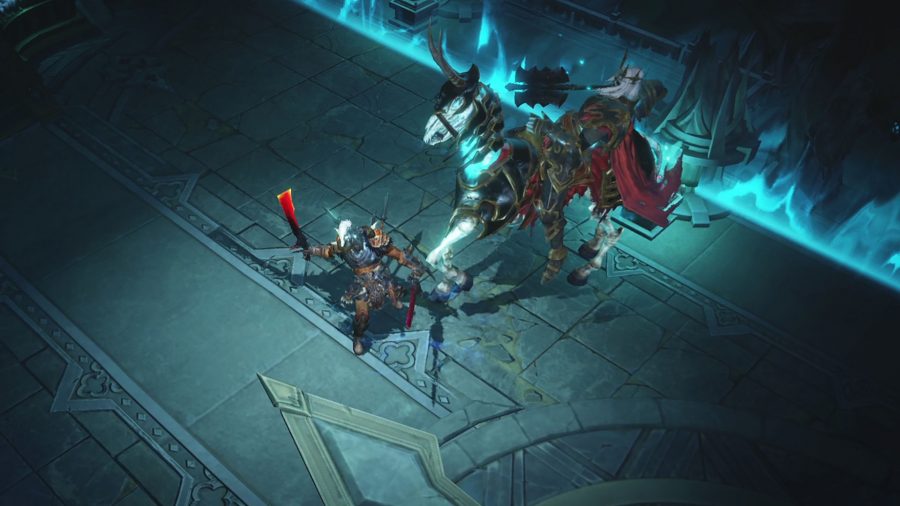 Unlike some characters who have different options in their playstyle, the only real way to go with the barbarian is to build an all-out brute that’s perfectly comfortable in the thralls of battle. Because of this, we’ve selected the moves that consistently deal the most damage, or offer quicker attacking options, leaving you to try a few out and find your favourites.

There are no prizes for guessing what we’re looking for when deciding on gems for Diablo Immortal’s barbarian – essentially, whatever best boosts brute strength even further.  For this reason, we recommend the chained death orb, offering a further boost for what the barbarian does best – clattering through multiple opponents. There are other options to suit other playstyles and builds though, so check out the list below. 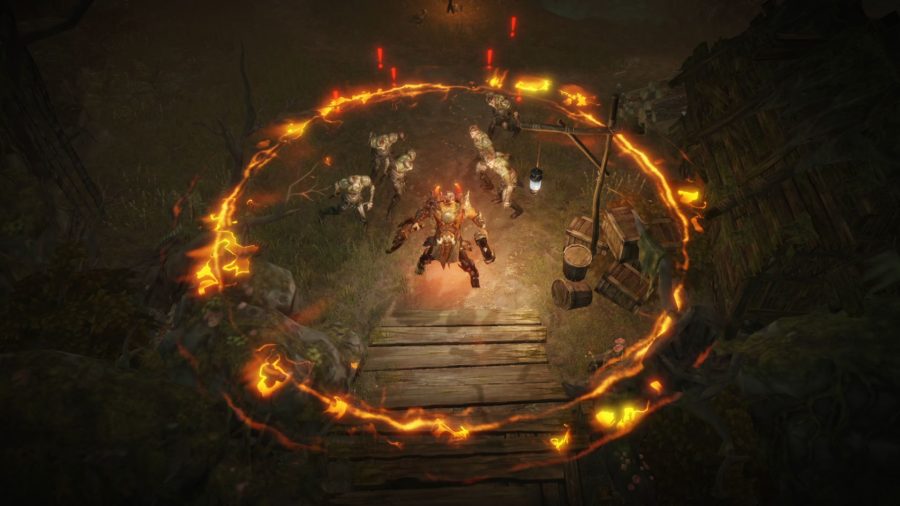 Much like the crusader, you want to aim your stat increases towards strength, fortitude, and vitality. With just these three elements combined, you can easily build a tanky barbarian who can lead from the front, while ranged and magic attackers create chaos from behind. There is some scope for willpower, though it’s too situationally dependent to need a buff all the time, and there’s absolutely no need for any intelligence aspects.

Now you should be fully prepared to piece together a Diablo Immortal barbarian build and head out to decapitate some demons. For more hell-raising adventures, be sure to check out our picks for the best games like Diablo on Switch and mobile.