Eve Echoes beta guide: how to join the next beta | Pocket Tactics

How do you join the next Eve Echoes beta? After a successful beta earlier this year, Eve Echoes, the mobile spin-off of the cult MMORPG Eve Online, is gearing up for another one before the Eve Echoes release date hits. You can pre-register on the official site to receive a notification when that happens. As far as we can tell, this Eve Echoes beta is open to any country. The last beta was limited to Australia, USA, Canada, Russia, Europe, South Korea, and New Zealand.

Diving into a world as big as Eve can be pretty overwhelming, so we’ve taken the time to compile an Eve Echoes beta guide to help you sign up and hopefully get in. We’ve also collected some tips, tricks, and FAQs from the previous Eve Echoes beta to get you ready for the next one if you’re successful.

If you didn’t pre-register but would still like to participate, you can download Eve Echoes on iOS and Android right now. If you’re using an iOS device, you’ll need to go to the main website to join, as it won’t appear in the App Store. If you’re using an Android device, simply search the game in the Play Store.

How to join the Eve Echoes beta

You can join the next Eve Echoes beta by following this link and filling in the form. You’ll want to be quick, though, as there is only a few spaces left on iOS – the Android beta is full.

Eve Echoes is pretty similar to Eve Online, but it does offer a few unique features that you won’t find in the PC version. For starters, there are new storyline missions that yoy can complete, as well as a new market platform known as the Interstellar Trading Center.

NetEase also announced that, not only are Drones available in Eve Echoes, but they play a different role than in Eve Online. Used by all four races, Drones are capable of mining, logistics, and, of course, attacking other players. 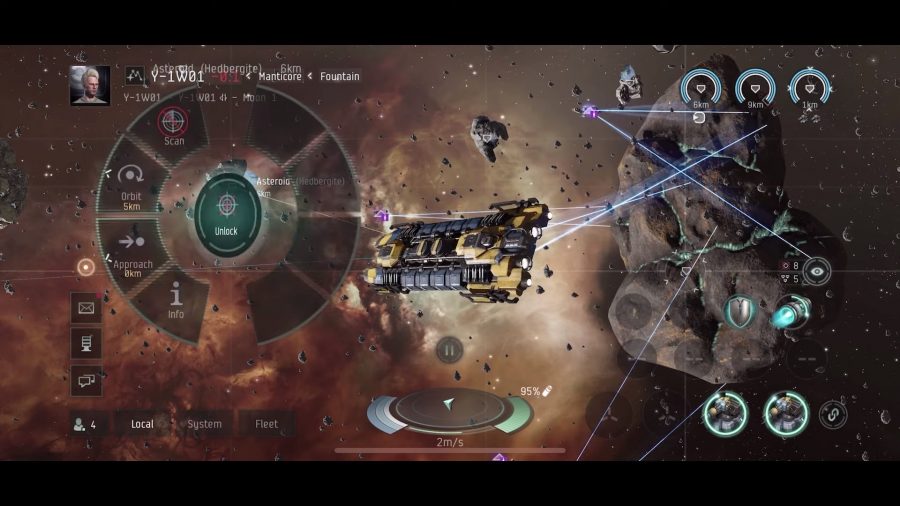 If you’re new to the game, you don’t really need to worry about Drones right now. Simply focus on figuring out the mechanics as you complete the new pilot tutorial.

During our time at Eve Vegas in October, we were able to get some hands on time with Echoes ahead of the beta. During one of our meetings with the developer, NetEase confirmed that all data from the beta period would be wiped; meaning it won’t be carried over to the full game.

While this may be disappointing to some, the reasoning behind it is pretty straightforward. In the world of Eve, the economy is created solely by players. Due to the vast nature of the game, veteran players would have a major advantage over new players and would be able to dominate the market if all data wasn’t wiped.

To prevent a giant monopoly from happening, wiping all of the data from the beta will allow for a fair and slightly more even playing field when Eve Echoes’ launch rolls around.

Perhaps one of our biggest complaints about Echoes during our time with it was the lack of a tutorial. It’s nice to see that NetEase and CCP Games listened to some of the feedback we offered and were able to add in a detailed tutorial for ‘new pilots.’

If you’re new to Eve, or have been AFK for a long time, we strongly suggest taking a few minutes to work through the tutorial so that you can get a grasp on how everything works. If at any point you need a refresher, you can revisit the tutorial by tapping the ‘Intelligent Assistant’ marked by a glowing yellow circle on the left side of the screen. 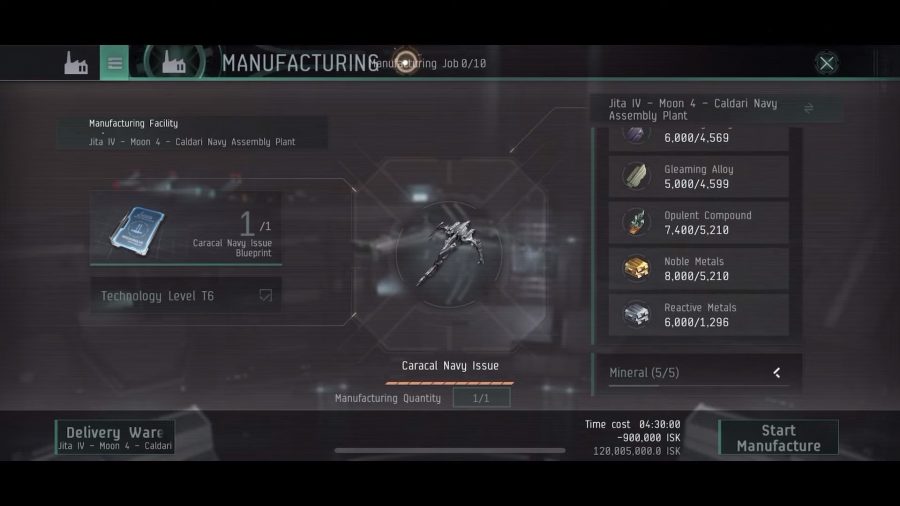 Furthermore, we’d also suggest that long time Eve players take the time to run through the Echoes tutorial, as some controls and AI functions differ to those of Eve Online.

Purchasing your first ship in Eve Echoes is a little confusing, even for veterans of the franchise. If you’re following the new pilot tutorial, you’ll have to go to the market and purchase a ship called Slasher. This part isn’t very hard, but figuring out how to obtain your ship is a totally different story.

While you’re purchasing Slasher, you’ll be prompted to select a destination. Unfortunately, after you purchase the ship and select this destination, the tutorial gets bugged and won’t deliver your ship. However, NetEase has stated that if you purchase the Slasher, you’ll have to wait in a queue to receive it. Server overloads can cause those deliveries to be delayed. Remember, Echoes is still in the beta and bugs are bound to appear. 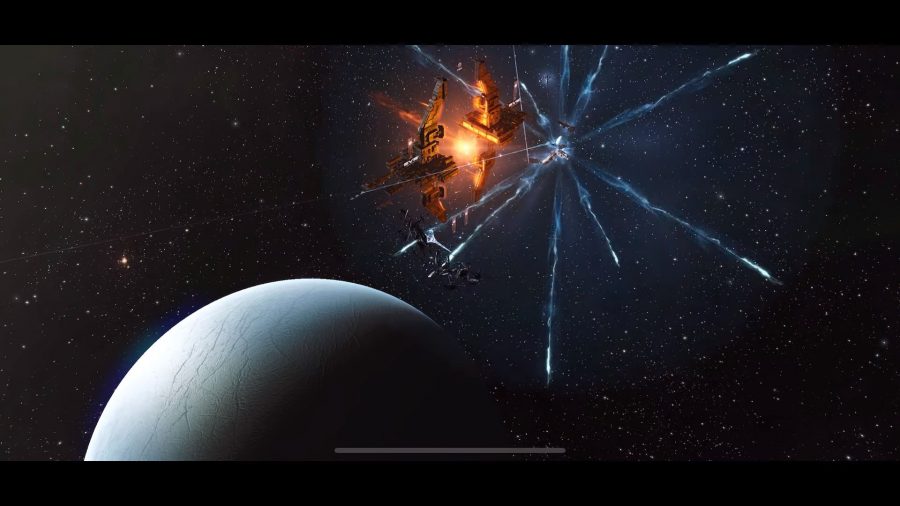 Once you’ve completed the tutorial, you can start accepting missions. To do so, simply click on the encounters tab and navigate to the news section. From there you should see new missions and quests that you’ll be able to complete.

However, you might not be able to complete all of the missions right away, as some will require you to purchase items from the Interstellar Trading Center, which may be down due to updates, or might not currently have what you need in stock. If you find yourself in this situation, just keep checking back and you’ll likely be able to complete the missions as the beta continues to expand. 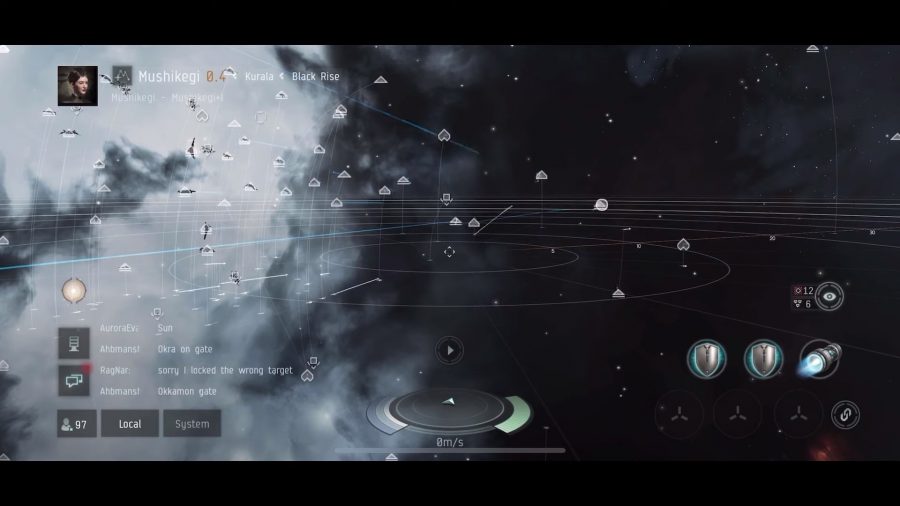 There are four different Factions that players can choose from in Eve Echoes – however, it’s worth nothing that none of them affect gameplay. Essentially, while each of the Factions are slightly different, there really is no reason to pick one group above another; it comes down to personal preference.

Below you’ll find a list of each Eve Echoes faction along with a short description:

Once you’ve selected a faction, you’ll need to pick a face for your character. Unfortunately, you won’t be able to customise your avatar’s look much, but it’s better than nothing. Finally, pick a name for your character and you’re ready to get out there and make mischief.

There are six different Eve Echoes ship types that players can choose from when buying a vessel for the first time. As you might expect, each type is unique and offers special features that the others don’t have.

A list of all of the different ship types in Eve Echoes can be seen below, along with a short description of each:

Players can purchase ships in Eve Echoes by visiting the market. From the market menu, you’ll be able to check their stats by simply tapping and holding on the ship you’re interested in purchasing. This will open a menu that will tell you everything you need to know about that specific vessel.

Once you’ve settled on your ride of choice, you can travel by selecting a station from the menu on your screen and selecting the dock option. Once you’ve done that, you’ll be able to sit back and feel the Gs, as your ship warps to your chosen destination.

You can also travel by opening the Stargate map, where you’ll find a more detailed layout of the solar system. You can access this by selecting the constellation icon next to your avatar.

If you’re a new player, figuring out how to sell off resources for extra coin can be a little confusing. Thankfully, it’s a pretty simple process once you know what you’re doing.

You can sell your items by docking at an ITC station within different solar systems. Once docked, simply select your pilot’s avatar and choose inventory. From there, go to the item hangar and select the resource you’d like to sell.

Simply set a price for the item and select sell to place your resource in the market. Additionally, if you decide to choose the default price of an item, you’ll instantly be credited.

Hopefully our Eve Echoes tips and tricks guide has offered some helpful advice to questions that you might have early on in the game. If you have a more detailed question or are encountering a bug, consider visiting the official Echoes Discord channel for more help.

Buy this today: a 3D illusion lamp to light up your room in style