If you’re riding around the Golden Isles in Immortals Fenyx Rising, Pegasus is the only mount you really want. Think about it. As attached as you are to riding that first stag that you tamed, it only has a measly four stamina chunks and, frankly, just isn’t magical or mythical enough to be worthy of your demigodliness.

Immortals Fenyx Rising is a game that thrives on retelling age-old myths and legends. Zeus takes on the role of your drunk uncle at Christmas – telling unfunny joke after unfunny joke. You’re set to save the world from a new imagining of the Titan Typhon. You can find (mild spoilers ahead) the likes of Herakles and Medusa roaming the lands in new forms. Comedy aside, we loved the game, as we explained in our Immortals Fenyx Rising Switch review. Therefore, it’s only right to ride a mount worthy of the legend you’re forging.

Technically, the son of Poseidon and Medusa does not feature in the game. However, there is a mythical winged horse you can find, who for all extents and purposes may as well be Pegasus. It’s a horse, it’s got wings, but it’s actually called Laurion. We’re happy enough. However, Pegasus is difficult to find, and arguably even harder to tame.

How to get Pegasus in Immortals Fenyx Rising 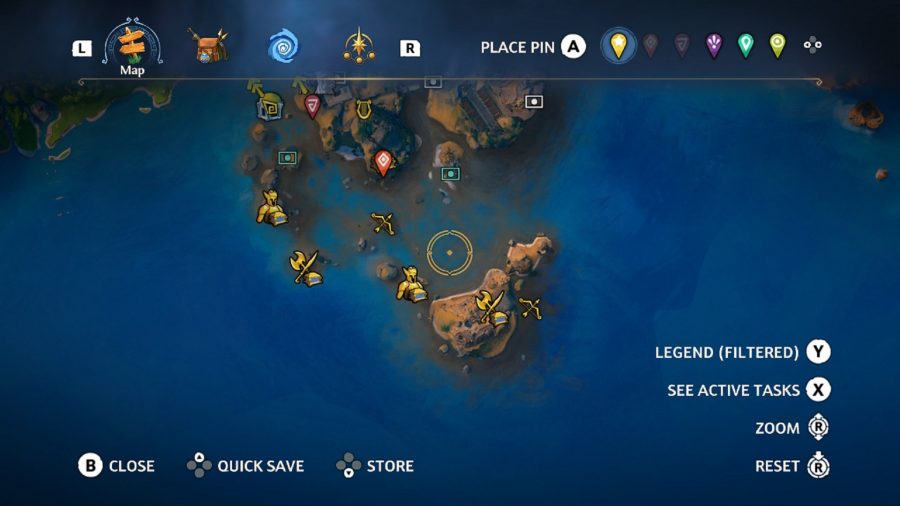 Where to find Pegasus

To find Pegasus, head back to the Clashing Rocks where you first had your tutorial with Hermes. Head south from the Messenger of the Gods statue to the small archipelago that you didn’t visit while learning the ropes.

Before proceeding any further, be warned: there are some very powerful enemies on the tops of these tall islands, so steel yourself with plenty of potions (check our Immortals Fenyx Rising crafting guide for more on them). Between armoured Cyclops and hordes of elite soldiers of Typhon, the journey is tricky.

You’ll want to head to the biggest island of the archipelago – it’s actually the southernmost area in the game. This large island is split into two, and you’ll want to head to the smaller one to the northeast. The easiest route is by gliding from island-top to island-top, but that will result in many fights on your way. If you’ve got plenty of patience and Stamina Potions, you could feasibly swim to the base of this island from the mainland, too.

Once you’re at the island, you’ll need to drop to the beach at the bottom. It’s here, among the waves and seafoam, that you’ll find Pegasus. Scour the beach until you see him, but don’t get too close. Pegasus is a bit of a scaredy-cat at first, so you’ll have to be very careful attempting to tame him. 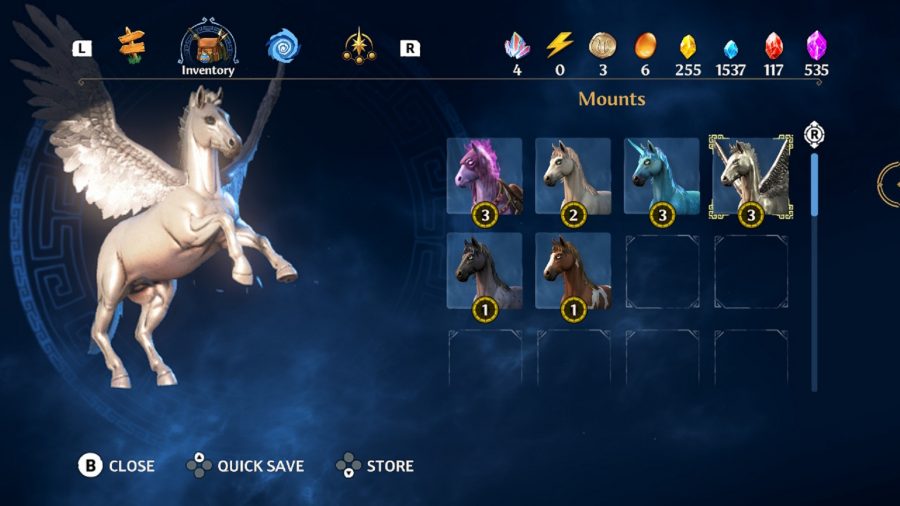 How to tame Pegasus

Taming Pegasus is no easy task, but we’ve got a few tips to help you out:

Pegasus has no fewer than twelve stamina chunks, so is perfect for crossing the Golden Isles by hoof. He also feels a suitably mythic companion for your epic quest.