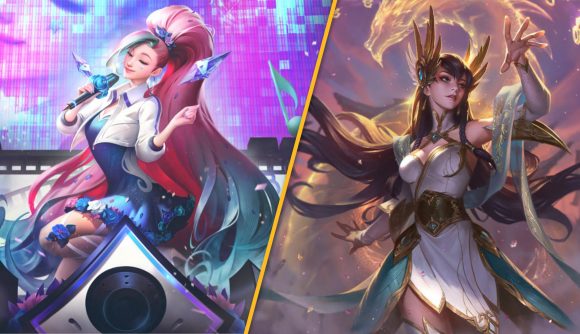 There’s no denying how huge the mobile esports scene is, League of Legends: Wild Rift is a formidable force in the sector, and Riot’s new 2022 Wild Rift Icons Global Championship looks to build upon its success, as it adds yet another tournament to its annual competitive play calendar.

That’s right, the 2022 Wild Rift Icons Global Championship is the inaugural event for this tournament, and for its first outing, Riot is hosting the competition in Singapore. Furthermore, 24 teams are to take part, with eight automatically qualifying through the regional competitions, and a further 16 can earn their place through the play-in stage. With a $2 million prize pool, you can be sure that all these squads are going to leave it all on the battlefield.

“We are incredibly excited to announce that our very first Wild Rift Icons Global Championship will be coming to Singapore this summer,” global head of Wild Rift esports Leo Faria says. “Icons will be the climax of our Wild Rift esports season, showcasing the best in mobile esports from around the world.”

When is the 2022 Wild Rift Icons Global Championship?

The 2022 Wild Rift Icons Global Championship takes place across June and July. We’ve got a list of the exact dates for each stage below:

Failing that, we’ve got a great list of the best mobile MOBAs if you want to see what else the genre has to offer on smartphones and tablets.