Riven, The Exile, arrived in League of Legends: Wild Rift as part of the 2.3 patch. However, she is by no means a stranger to Riot’s famous MOBA, as she was a swordmaster in Noxus – and a brutally efficient one at that. She is extremely deadly with a blade; however, in the end, she left the empire and was forced to find a new place for herself in a broken world.

She is a fighter with a range of abilities that could well suit you, should you be a more aggressive player who likes to get the job done. In this guide, we will lay out her moveset and  also offer assistance in deciding what runes, items, and spells you should equip.

Due to her nature as a fighter, it may come as no surprise that this guide will centre on a build for the Baron lane. However, do bare in mind that a few alterations would also see her fit into other lanes, too.

Runic Blade allows you to charge Riven’s blade with abilities three times. As such, subsequent attacks on enemy forces use up charges to deal additional damage.

The first part of this ability will allow you to slash in any direction up to three times, allowing you to get several hits on your opponent. Moreover, on the third slash, you can knock enemies into the air. Oh, and the final strike also permits you to cross terrain, which could save your life and put distance between you and any opposing champions.

Ki Burst allows you to stun nearby enemies and deal damage to them as well. If you are dealing with multiple champions, this ability could give you the slight break you need to get past them. Of course, the damage you cause is considerable, so perhaps it is time to put an end to your foes.

If you are low on health, Valor can get you out of a tricky situation, as it will dash Riven forward and give her a shield.

It is time to bring the pain. You want to cause some damage? You want to put an end to those who stand in your way? Well, good news – Blade of the Exile will give you a boost to both your damage and range. You can also cast a wind slash and cause a shockwave. Is that not enough? Good, because it is all about victory, and if enemies are low on health, you will deal even more damage. Show them what The Exile is made of! 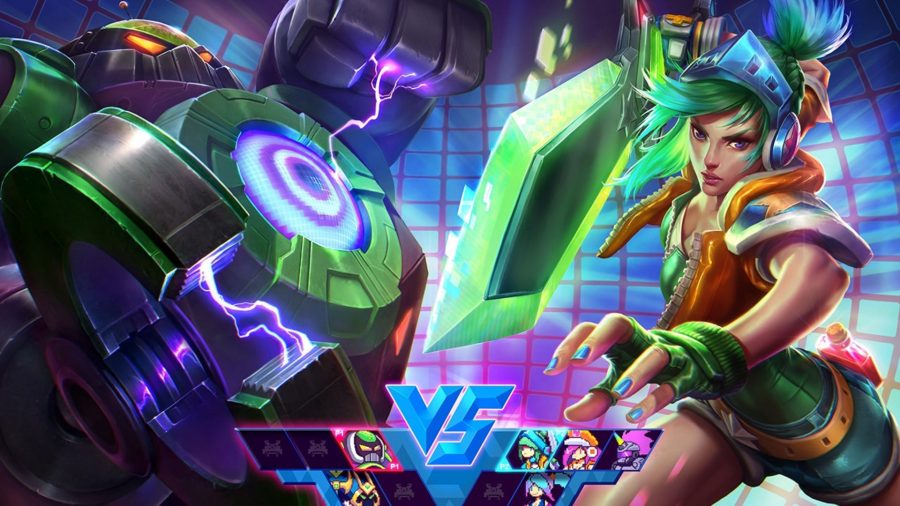 We cannot overstate the importance of this item. Guardian Angel is something that you will want for a lot of builds and champions, and with good reason. You are in the midst of battle; it is kill or be killed. Or is it? Guardian Angel resurrects you, so perhaps trading a life for a life is worth it when you know you are destined to return and continue with the fight.

This item increases ability haste and speed. It is a good idea to equip the Ionian boots of Lucidity when playing as Riven. You can increase your movement speed upon activation for three seconds, which is enough time to launch an assault or make a retreat.

Fully equip yourself for battle with the Black Cleaver. Not only will you receive an increase to your attack damage, but ability haste is also bolstered, as is your health. Combine these three things together, along with other items, and Riven can show why she was once a revered swordmaster.

Gain an increase of 400 to your health with Sterak’s Gage, and gain 50% base attack damage on top. More than that, if you are about to be struck by a move that will drop your health below 35%, you will receive a shield to take some of the damage.

Trinity Force has an amalgamation of benefits, all of which are useful to a Riven build. First, she receives more health, then there is also a boost to attack, as well as ability haste and speed. Truly, this item can be what turns a good build into a great one.

Riven can be a powerhouse, The Exile can inflict some serious damage when given the chance. So, why not offer her a hefty health boost to keep her aggression up while also providing additional damage and a slowing effect? Frozen Mallet slows down opposing champions, possibly leaving them vulnerable to a devastating attack.

What are the best runes for Riven

Take it to them! Riven is a fighter withs the potential to cause serious damage, especially in the Baron lane. So go equipped with the Champion rune, as it increases your damage output.

Being a fighter is hard work. You are constantly at battle, fighting against the odds, while dishing out damage and also occasionally taking it. As such, you may want to consider Second Wind. This rune offers health regeneration. Oh, and the effects of this ability are doubled for melee champions.

Dominate the competition and get rewarded for your aggressiveness in the Baron lane. You will earn stacks each time you hit an opposing champion, which in turn will increase your damage depending on your level. When fully stacked, you will deal a considerable amount of bonus damage.

The more you can use Riven’s moves, the better. Thankfully, Hunter – Genius provides you with an increase to ability haste.

What are the best spells for Riven?

Ever heard the saying “quick as a flash”? Well, if you haven’t, this spell will certainly explain it quite well. Put some distance between you and the enemy, or close in and unleash hell upon those who stand in your way.

Light ‘em up. You want to bring the pain and force your foes to their knees, and Ignite is a great way of doing that. It not only causes a great amount of damage, which in itself could finish off a champion, but it also prevents them from healing effectively and causes grievous wounds in the process.

There you have it – a build to tear up champions in the Baron lane. We have also written a Wild Rift Rengar build guide if you would like to try a different fighter. Alternatively, we have put together some tips for a Wild Rift Kha’Zix build, just in case you want to be a marksman. Of course, there are many champions in the game, so we compiled a League of Legends: Wild Rift tier list featuring every playable character to date.