It’s time to step up to the plate and be a real hero, the multiverse is at stake, and it’s up to you to save it. Marvel Future Revolution tasks you with doing the impossible, but you don’t have to do it alone as there’s a roster of infinite superheroes that are ready to go to war with an endless number of supervillains.

Our Marvel Future Revolution Storm guide aims to provide details on Storm’s best build, including what omega cards, costumes, battle badges, and skills to select. We also dive into her potential, and what the best specialisations for this X-Men member are. So, buckle up, because we’re going to teach you how to weather the storm and thrive in her icy climates.

Before jumping into our Storm build, we recommend checking out TonyBingGaming’s beginner’s video on YouTube. He tells you all that you need to know about the mutant if you’re just starting out. 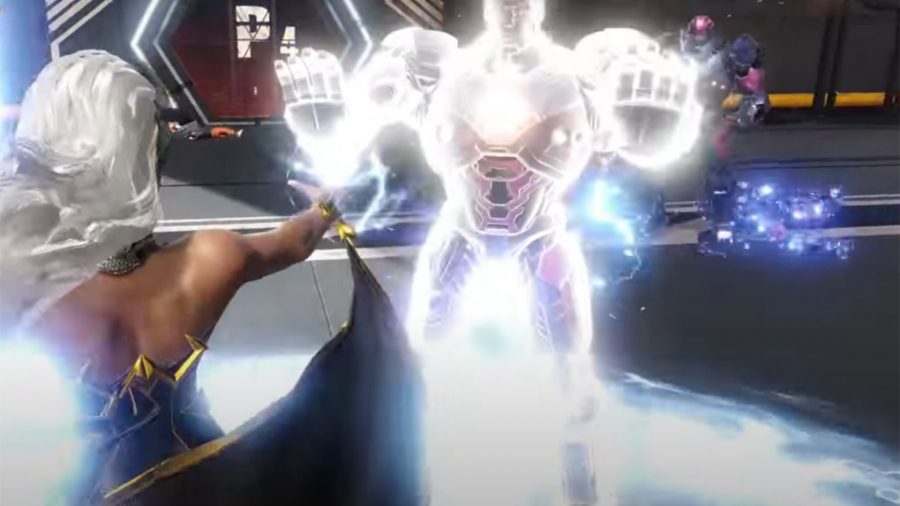 Specialisations aren’t available for any character until they reach level 70, so if you’re hoping to create a Storm that the world won’t soon forget, prepare yourself to go the distance.

Overall, you can select four specialisations from across three categories:

For us, there are two obvious paths to take when creating a build for Storm. Personally, we tend to go with the lightning approach. However, there’s no denying that using ice specialisations and deep freeze skills can also prove valuable – they are snow joke. As such, we have made a number of recommendations based on those two approaches.

Storm, like every other Marvel Future Revolution hero, has 32 skills for you to choose from. Of course, to narrow it down, you need to have a relatively good idea of where the storm is heading – is it a thunderstorm, a blizzard, or blistering winds?

For us, we like to embrace Storm’s lightning abilities. However, if you prefer to cool things down, you might want to consider replacing some of our suggestions with deep freeze abilities – these pair well with ice specialisations mentioned above. 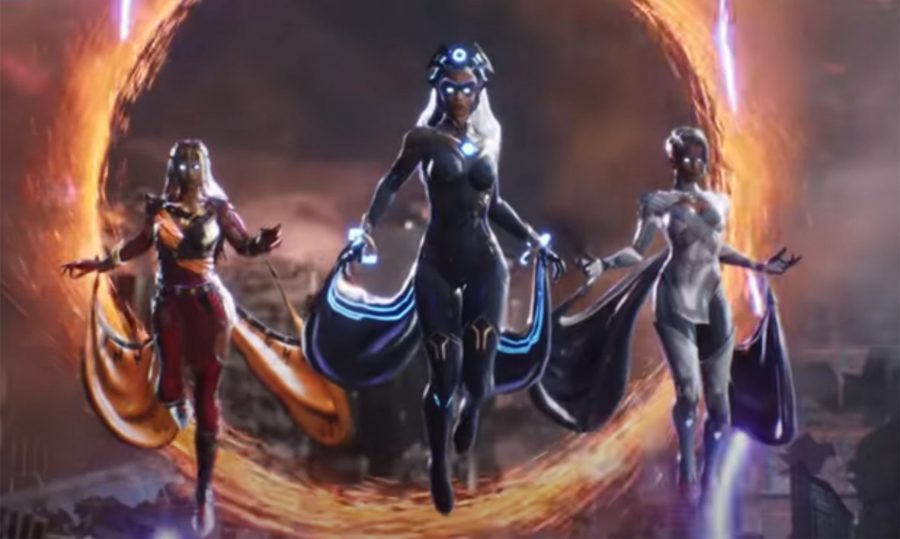 What are the best Marvel Future Revolution Storm outfits?

No Marvel game is complete without outfits, they have always been vital to success in hero games due to the stats, attributes, and general benefits they can provide. As such, it comes as no surprise that Marvel Future Revolution features a whole wardrobe of costumes for Storm – some of which are truly shocking.

It’s almost difficult to select an outfit for Storm, as there’s a few of hers that are fit for purpose. Nonetheless, we have a couple to recommend that are sure to help with any storm build – especially those of you that are just starting out.

Just when you think you’re done selecting equipment, battle badges are another thing for you to consider. Heroes have to make some tough choices, right? Anyway, there are a fair few to choose from, but there are some clear winners, in our eyes at least. If you have a competitive edge, be sure to equip the omega war battle badge for PvP.

However, when it comes to any other game mode, we can’t stress enough the importance of equipping the lord of the desert battle badge to give a lovely boost to attack damage – because the woman who can tear cities apart with her powers can always do with a pick me up.

Storm has a lot of potential. You can take her from being the bringer of piddly rain clouds to massive thunderstorms, leaving devastation in her wake.

Potential serves as another means of improving your stats, but you do not need to choose one over the other, unlike specialisations and skills. Rather, you can select whatever stat increase you desire, so long as you have the resources to acquire it – thankfully, because making decisions gets tiring after a while. 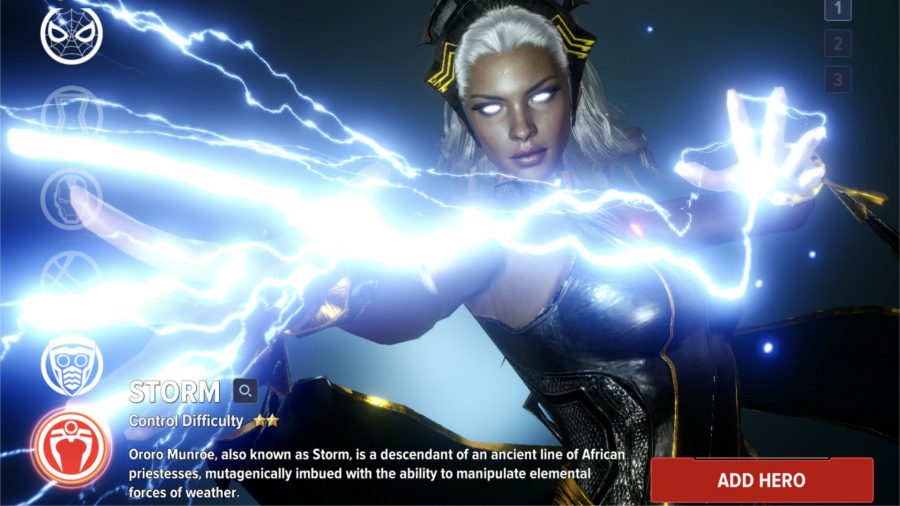 What are the best omega cards for Marvel Future Revolution’s Storm?

Omega cards are vital when creating a solid build for any Marvel Future Revolution character. They provide nice stat boosts and bonuses that can turn the tide of battle, be they focused on damage to supervillains, or the amount of health you have.

If you want to make an impact with Storm, check out our choices for her best omega card sets – who knows, they might make lightning strike twice.

The beauty of Marvel Future Revolution is to play the game your way, and build the heroes around your ideal play style. You and your friends could be using the same characters, yet be playing them in totally different ways – this is your story. You do this hero stuff your way.

However, that doesn’t mean we don’t have some suggestions on how to turn this mutant into the most fierce storm the world has ever known.

And that’s everything you need to know about Marvel Future Revolution’s Storm. If you need a break from being a hero, be sure to check out our picks for the best mobile RPGs and best mobile platformers here.