Business is certainly booming for Marvel Future Revolution, the franchise’s first open world action RPG on mobile. It’s no wonder why – with the amazing graphics, a massively immersive world, and roster full of fan-favourite characters, there really is something for every agent out there.

The game has been live for a whole month now, and thus the first Marvel Revolution new update is upon us. The update, version 1.2.3, brings some awesome stuff to the already awesome game, including special rewards, new locations, costume sets, balance adjustments, and more. Of course, as with all patches, the Marvel Future Revolution update notes can be a bit dense for the casual player, so in this guide we’ve picked out all the best highlights and put it into easy-to-understand bite-size chunks. We’ll also update this guide every time a new update drops, so be sure to bookmark the page and pop back from time to time.

The latest Marvel Future Revolution update dropped Wednesday 29 September. Netmarble, of course, wanted its first update to proceed as swiftly and thoroughly as possible, but ended up having to delay the maintenance a couple of times. As an apology, it is offering a special compensation reward – so it’s not too much of a loss. The reward is a draw ticket selection box that you can claim through your messages, but is only available from September 29 – September 30, so you better move fast.

Netmarble is offering a special reward to celebrate the update of the new region, called ‘Dark Domain’. You can snag yourself a four-star costume box from September 29 – October 12 (at 11:59PM per region). 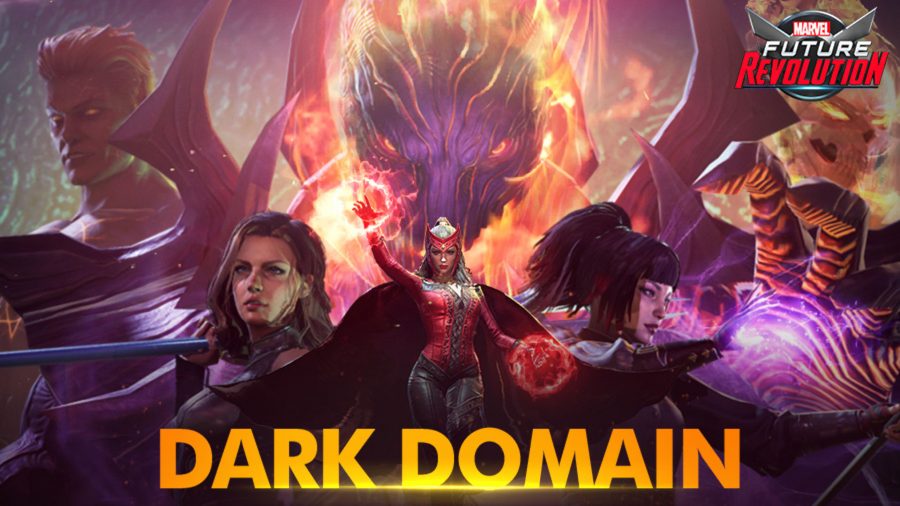 The new update has brought in a whole host of new content, including costumes, locations and more. Check out our summary below.

Of course, bugs have been addressed in the latest update, but we’ve also seen a lot of quality of life improvements in other areas of the game.

Who doesn’t love a good event? Marvel Future Revolution has had plenty to go around. Unfortunately, the following events have now finished:

But don’t worry, a new event is on the horizon, which Netmable will announce soon. We’ll update this section as soon as we have more news.

And that’s everything on the Marvel Future Revolution new update. You can check the game out for yourself over on Google Play or the App Store for free. Or, if you’re looking for something new to play, why not check out our lists for the best mobile multiplayer games or the best mobile RPGs to find your new obsession today.