This is because it has access to the Hellfireblight status ailment. It’s unique to Magnamalo, and it will cause an explosion if you trigger it by attacking while it’s primed. Magnamalo has many ways that it can inflict this nasty status ailment on hunters, not least of which via its tail that it waves around like a magical staff. On top of that, Magnamalo also has attacks that it uses while in its berserk state that can, no joke, kill a player in one hit at full health if they’re not careful.

To beat Magnamalo, you will need to know everything about it. We have a list of all its stats, descriptions of its vulnerabilities and its resistances, and tactics for beating this tough opponent. We will also have a breakdown of all the components that you can harvest from this fearsome creature.

Monster Hunter Rise now includes this very handy table for every monster to show how weak or resistant to attacks they are. They’re divided into separate body parts and show the defence value for each part against the weapon that’s dealing damage to that part.

You can get more information about the specifics by looking at the Hunter’s Notes and the ailments tab, but we’ve discovered a few things that might help. Despite only having light general effectiveness, you can stun Magnamalo rather quickly compared to the other status ailments.

Magnamalo is also very susceptible to being paralysed again once it has been paralysed once. Sleep lasts the longest out of all the status ailments, so may be worth considering using. As for the blights, Waterblight is by far the most useful as it will last the longest out of the four. 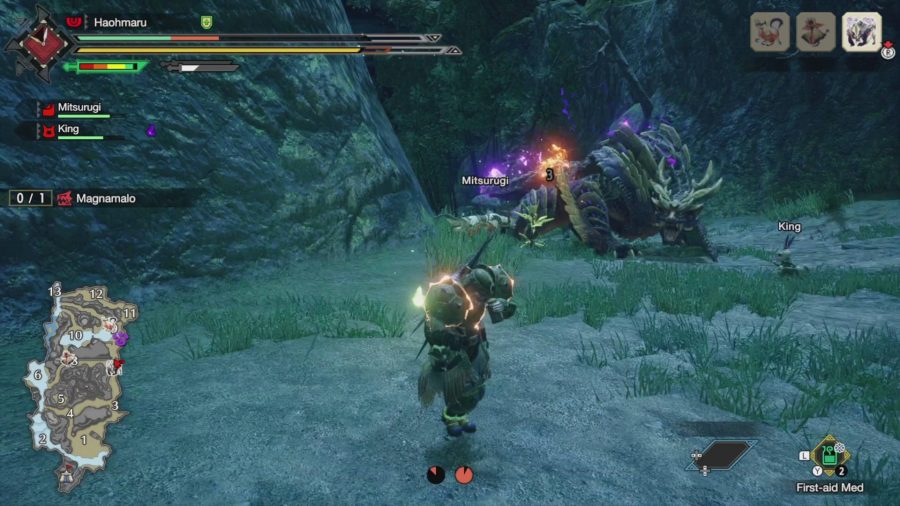 How to hunt Magnamalo

Here are some general tips for hunting Magnamalo, including how to avoid Magnamalo’s most devastating attacks: