With Pokémon Legends: Arceus almost ready to transport you back in time, there might be a few missing fixtures from what you’d usually expect in the world of Pokémon. One of the most significant changes is the lack of Pokémon Centers, with DIY base camps replacing the series staple location. So, who’s ready for a night camping under the stars with their favourite starter?

You’re going to be reliant on Pokémon Legends: Arceus base camps for both healing and obtaining items to use in battle and beyond. Fortunately, we’ve got you covered for all the crucial info about this new mechanic ahead of the game’s launch. Just make sure you keep your ice-types a safe distance from the campfire, for their own sake.

What are Pokémon Legends: Arceus base camps?

In Pokémon Legends: Arceus, base camps function as a place for you and your weary ‘mons to put your feet up, and heal after a long day of adventuring. While you’re at the base camp, you can also craft new items, shop for essentials with the NPC vendor, or switch out Pokémon in your team.  They also double as a place for crafting, which in this game is especially important as you’ll be creating Pokéballs and potions.

The Base camp will be your first stop after leaving Jubilife Village and heading out on an excursion in #PokemonLegendsArceus. Here you can rest up and craft items for your adventure. Take too much damage? Stop at a Base camp to heal up and continue your survey work! pic.twitter.com/DNlboU0XUC

The base camps found in Pokémon Legends: Arceus will additionally host Professor Laventon, who will evaluate your progress as you catch different Pokémon. Once you’ve caught enough to jump up another star ranking, the professor will kindly recommend you return to Jubilife Villiage to certify your upgraded status.

There are two base camps in each of the game’s five locations, with ten across the whole game. Each area you unlock will start with one base camp, and you need to complete a quest to unlock the second. With the amount of terrifyingly strong alpha Pokémon hidden in each area, you want to prioritise opening up a place to rest between battles. 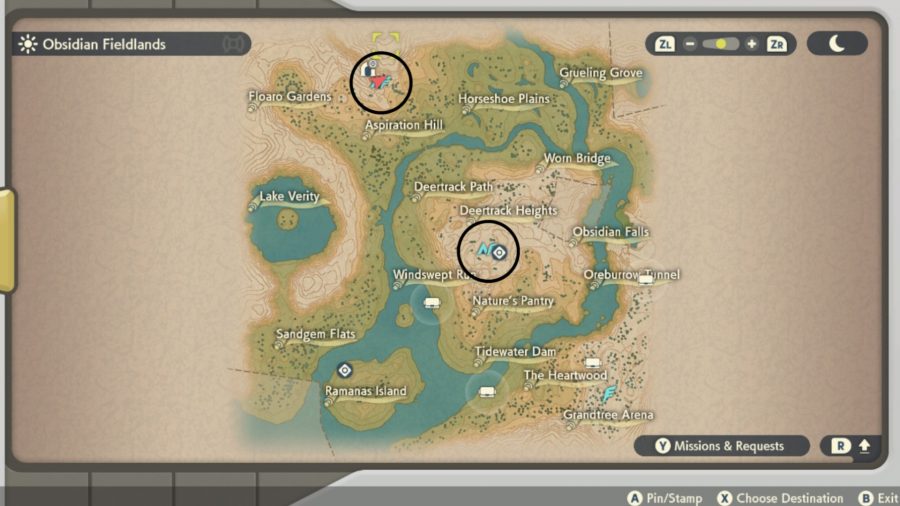 You won’t need to do any unlocking for the first two Pokémon Legends: Arceus base camps. Both the Fieldlands Camp and the Heights Camp are accessible from the start of the game. 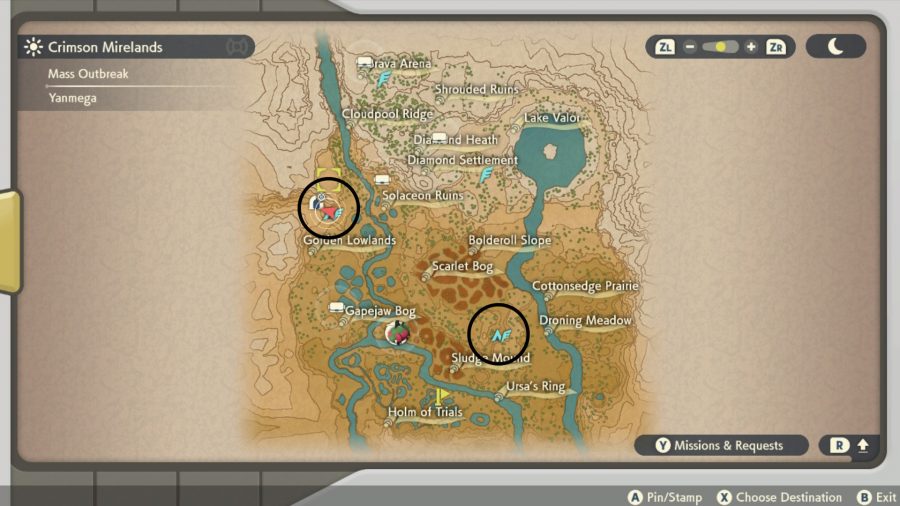 When you first arrive in Crimson Mirelands you’ll pitch up at Mirelands Camp. To unlock the Bogbound camp, look for a quest icon on your map to find Odo, who will lead you to the grounds of the new site before setting up the area’s second base camp. 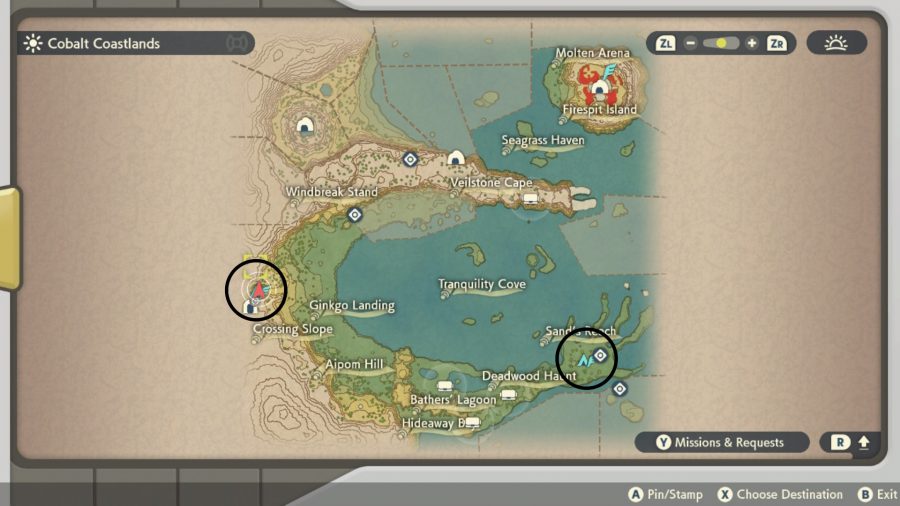 Cobalt Coastlands’ first base camp, Beachside Camp, will be set up before you first arrive in the area. To unlock the second stay-over location, Coastlands Camp, you need to look for another quest around the Deadwood Haunt part of the map. Once you accept the search, you can find the lost NPC on the beach, and the Coastlands Camp will be open for business. 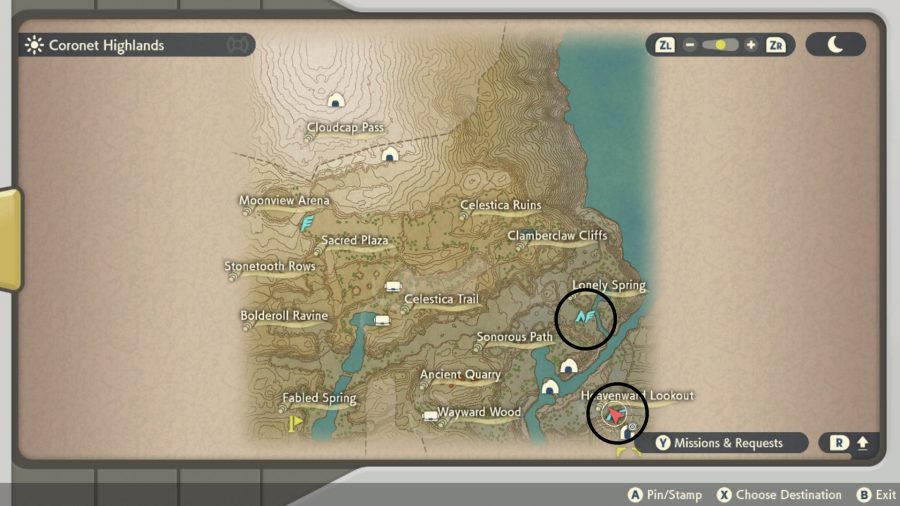 Highlands Camp is ready for toasting marshmallows on your first visit to Coronet Highlands. To access the Mountain Camp, look again for a quest on your map. You will meet an NPC who needs you to reunite a couple of Bronzor. Complete the hunt, and both Coronet Highlands camps will be ready to use. 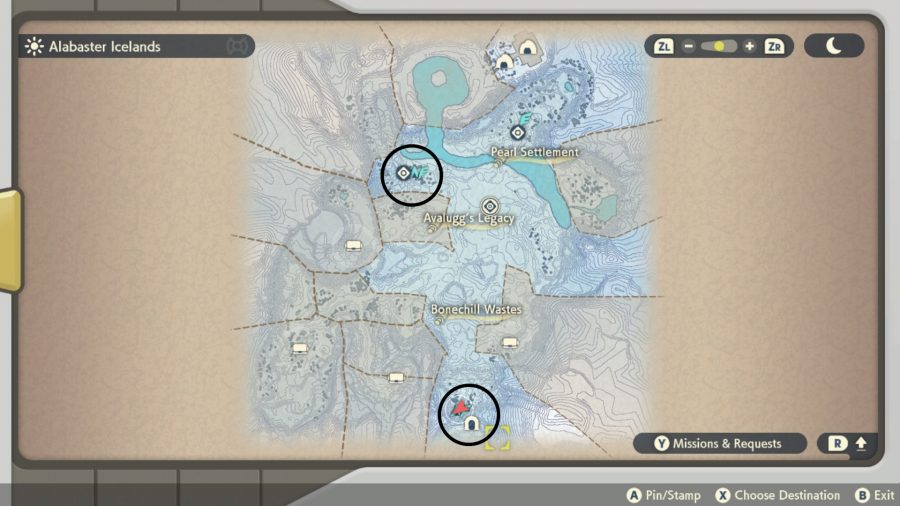 Snowfields Camp, the first camp in the last area of the game, will be open as soon as you arrive. To unlock the more central Icepeak Camp, you’ll need to finish your final set-up quest. Head to the waterfall that feeds into Lake Acuity and find the NPC, then find his friend across the water, and the camp will be ready to rest.

That’s all we know and all you need to know about Pokémon Legends Arceus base camps. Once you’ve pitched up and healed, it’s all about challenging Pokémon Legends: Arceus noble Pokémon to keep the people of Hisui safe, so check out our guide for doing just that.