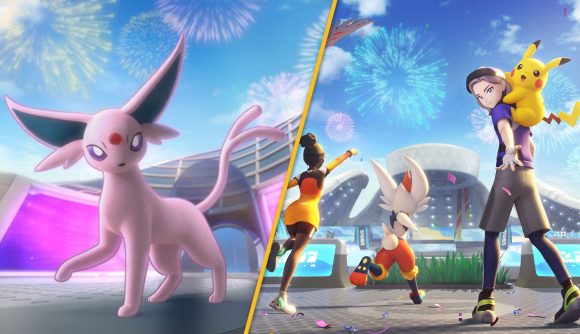 Eevee fans, rejoice! Pokémon Unite is adding another Eeveelution to the roster, with the arrival of Espeon, the psychic-type, later this week. The popular generation-two Pokémon will enter the game as a ranged attacker, using powerful telekinetic energy to subdue opponents, and looking very elegant while doing so.

Some of you might not be surprised by Pokémon Unite’s Espeon addition, with leakers reporting the information in the last couple of weeks. However, we’ve had more than our fair share of fake leaks in the Pokémon community, so it’s a relief to know that the rumours were true this time around.

Things seem to be back on track for Pokémon Unite, with Espeon coming soon and Azumarill having recently joined the fight, considering some of the more questionable additions late last year (sorry Trevenant fans, I just don’t get it). This news also means we can be optimistic about seeing more Eeveelutions arriving in Tencent’s PokéMOBA, and I’m allowed to dream of the tanky Vaporeon that I’ll take to esports stardom.

When is the Pokémon Unite Espeon release date?

Pokemon Unite’s Espeon arrives on Aeos Island later this week on May 16. As we’re still waiting for an official gameplay trailer, all we know for sure is that the elegant psychic-type is a ranged attacker, presenting stiff competition for fellow distance battler and Eeveelution, Sylveon. 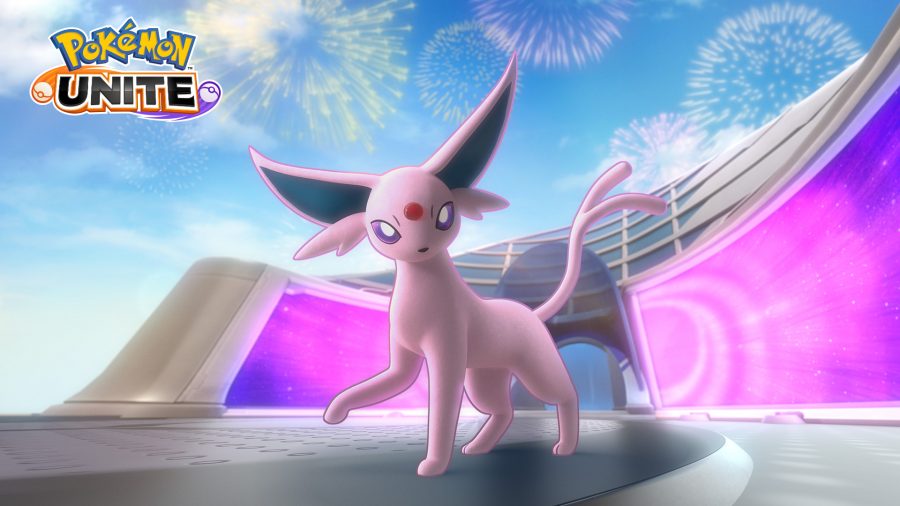 That’s all we know, and all you need to know, about the incoming addition of Pokémon Unite’s Espeon. For more on the TiMi Studio Group’s PokéMOBA, be sure to check out our Pokémon Unite tier list, Pokémon Unite skins list, and Pokémon Unite held items guide.