Pokémon Unite is here, bringing with it some intense battles in a 5v5 situation, where it’s vital to work together if victory is to be yours. Of course, no Pokémon game would be complete without the creatures themselves, and Pokémon Unite boasts various monsters from different generations. However, you might not find your favourite, given there’s around 900 Pokémon now, and only 20 are on the roster – though more are on the way, thanks to the upcoming Pokémon Unite DLC.

In our Pokémon Unite held items guide, we explain what they are and rank them, showing you which ones are worth your time, and which are better left alone. Of course, which items suit you varies, depending upon which Pokémon you choose, and what role you play on the battlefield.

What are Pokémon Unite held items?

In Pokémon Unite, trainers can equip their companions with up to three held items, which provide varying boosts to different stats. Some are heavy on offence, increasing your attack, while offers give a defensive edge, such as more HP. Of course, these play a vital role in any match, regardless of whether or not it’s ranked, so choosing the best items for your position is crucial. 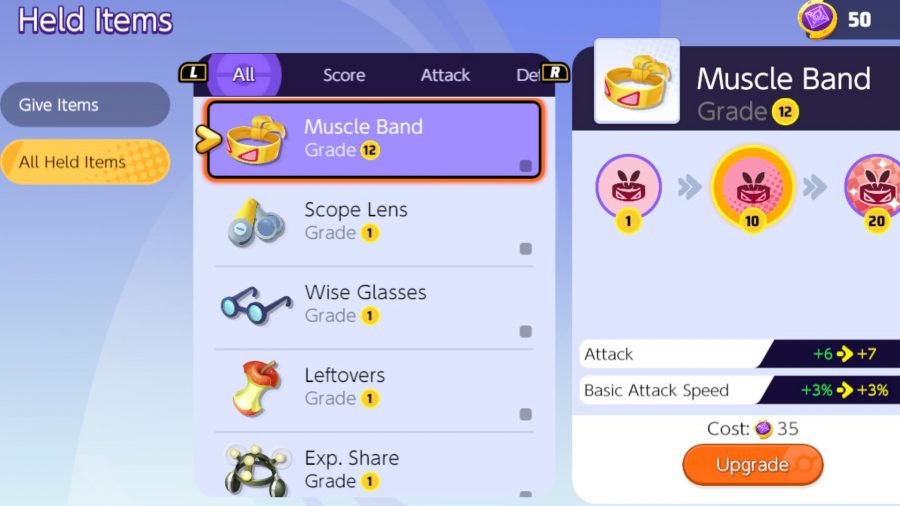 What are the best Pokémon Unite held items?

While there isn’t a ton of held items available yet, there’s certainly enough to rank. Some of these items are true standouts that can change the tide of battle, while others are next to useless. The bottom of the barrel isn’t helpful at all, they may actually aid in your demise, rather than prevent it, as they offer no life saving benefits.

Below is our ranking for all of the Pokémon Unite held items:

What are Pokémon Unite battle items?

In Pokémon Unite, trainers can equip one battle item, and it’s essential to make the right choice, for this could see you survive – for another minute or so, at least. Currently, there’s not many to choose from, but they have varying benefits that will help, depending upon your Pokémon and chosen build. 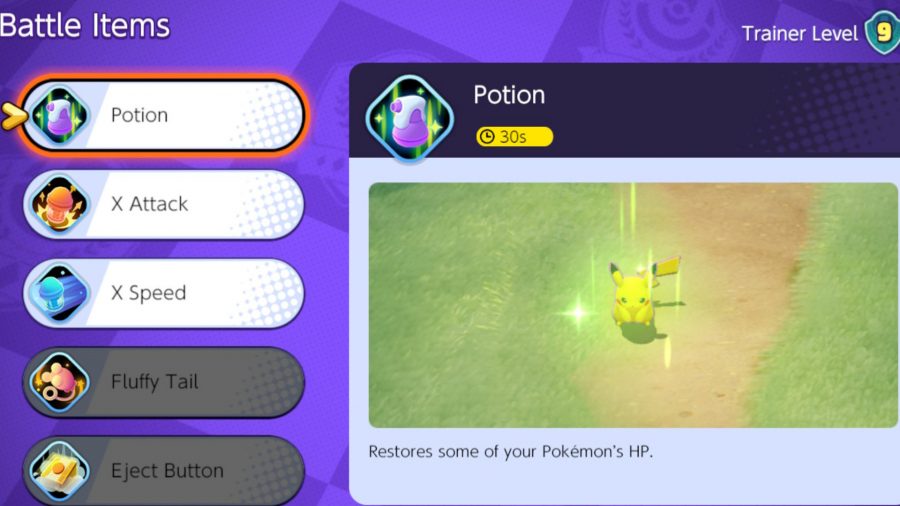 What are the best Pokémon Unite battle items?

Given there’s only eight to choose from, you’re not spoilt for choice when it comes to battle items. However, some are clearly better than others. Since you can only equip one item, it’s worth giving it some thought – how do you intend to play? Will you be aggressive or defensive? Pick a side, and the battle item, to match.

And that’s all you need to know about both Pokémon Unite held items, and battle items. Be sure to check out our picks for the best Nintendo Switch multiplayer games if you’re after something new to play.