The world of Pokémon Unite has got a little spookier, with the addition of Trevenant, the elder tree Pokémon. Trevenant falls into the defender class, but isn’t exactly a tank when it comes to HP, so you’ll need to think a little outside the box to keep your defences tight. Fortunately, we’ve done the thinking for you.

As you might have twigged, in our Pokémon Unite Trevenant build guide we’ve got all the info you need to make the ghost/grass-type a frightening prospect for opponents. From moves, to held items, to partner Pokémon, we give you all the essentials to prune your Trevenant into a MOBA machine without a night in a haunted house. We’ll also tell you how to unlock Trevenant in Pokémon Unite, so you can get straight into the action.

For more details on TiMi Studio Group’s PokéMOBA, be sure to check our Pokémon Unite tier list to see how Trevenant stacks up against other defender class characters. We’ve also got build guides for other additions like Pokémon Unite’s Hoopa, and Pokémon Unite’s Aegislash, as well as a list of all the swagnificent Pokémon Unite skins available in the game.

What are Pokémon Unite Trevenant’s moves?

Trevenant’s move pool has two branching paths. Which path you go for depends on whether you value utility or attacking prowess more, but our recommendation is to go with a utility defender Trevenant that keeps tabs on your goal zones. It’s not the tankiest of the defender class Pokémon, but it’s one of the most challenging to counter if you can master the balance between recoil and recovery. 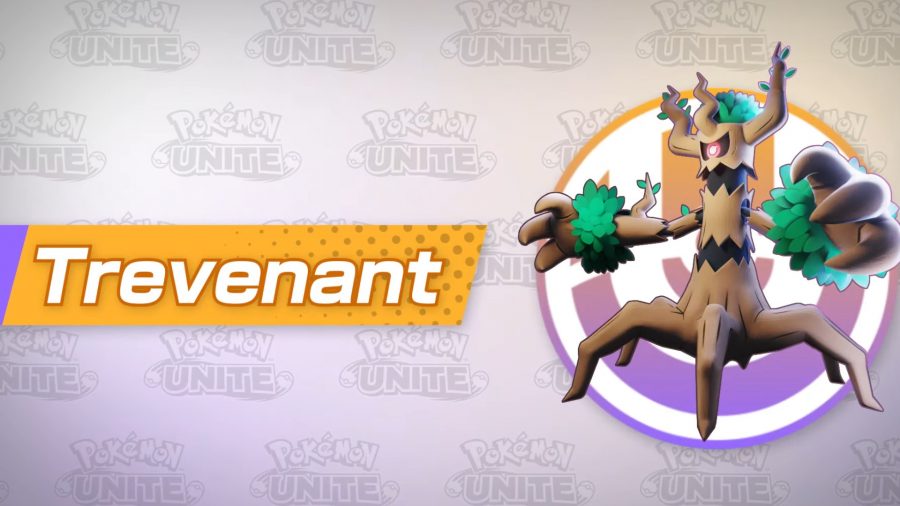 Trevenant’s passive ability helps you out a great deal in the late game when a majority of its moves have recoil damage. It doesn’t do much in the earlier rounds, but it can help you out of a jam if berries are stolen from your side of the field.

There isn’t really a preferred move for this early in the build, as better options replace both. If you want to slow your enemies down, go for branch poke, or if you’d prefer to leave them with a burn, go for Will-o-wisp.

If you’re looking to play to Trevenant’s strengths, curse is the best call, as in combination with the later move pain split, you can create a damaging loop that renders one of your opponents useless. If you want an alternative attacking build, wood hammer is the better option, but in terms of utility, we advise curse in nearly all scenarios.

Again, due to the eye-watering synergy between pain split and curse, pain split is the better option of Trevenant’s late-game moves. Horn leech isn’t a bad attacking move, but it doesn’t have the same level of damage output as an all-out attacker, so you should pick pain split to ward opponents away from your goal zone.

Phantom forest is an excellent Unite move for defending goal zones late in the game. Not only does it damage and throw opponents, but it also lowers their movement speed, allowing your teammates to recover and get back to defend. 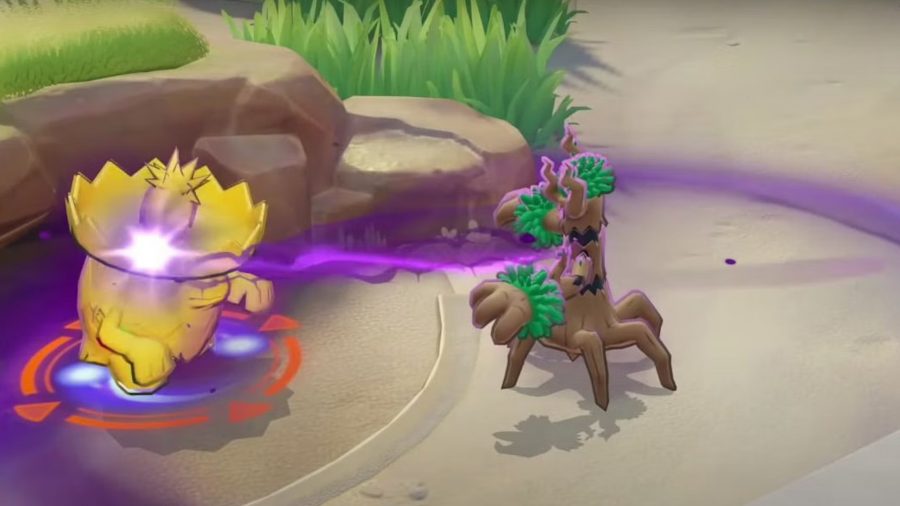 What are the best held items for Pokémon Unite’s Trevenant?

Buddy barrier has reliable synergy with Trevenant’s Unite move, putting up a second shield and offering protection for surrounding teammates. It doesn’t have much scope early game, but can turn the tables in the dying embers, especially in the heat of a Zapdos battle.

If you’re running a front foot Trevenant, the aeos cookie can help turn the tree into a tank with HP upgrades on each goal scored. To make the most of this item, you need to work hard in the early game to get some buffs in before evolving at level five, but it’s worth it when you can soak up more hits in the later rounds.

Focus band works well alongside Trevenant’s recoil and HP recovery loop, getting the Pokémon’s health back up that little bit quicker. 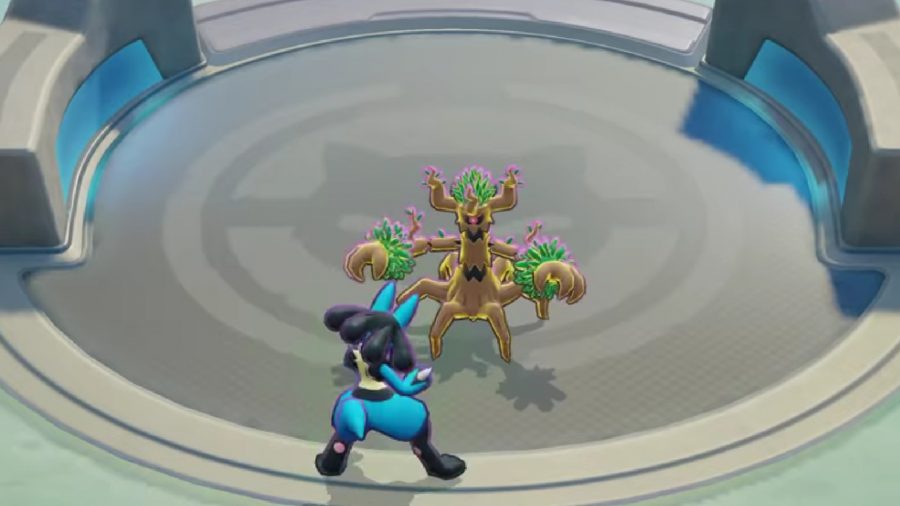 What is the best battle item for Pokémon Unite’s Trevenant?

The eject button is the definitive battle item for Trevenant due to its poor movement speed. With this item, you get a boost in whichever direction you need, giving Trevenant a little more scope to progress through the lanes.

Trevenant plays a risky game with all of its recoil moves, so it might be an idea to pack a potion in case you need a quick HP boost and can’t make it back to your goal zone.

How do I get Trevenant in Pokémon Unite?

Who does Pokémon Unite’s Trevenant work well with?

To make the most of Trevenant, the best choice is partnering up with a supporter class Pokémon to offer healing buffs and a damage shield. Both Pokémon Unite’s Blissey and Pokémon Unite’s Eldegoss can keep Trevanant fighting fit, and provide a challenge for any opponent trying to take on a goal zone that the two are defending.

With that, you should be ready to leaf into action with Trevenant. For more online battle arenas, be sure to browse our list of the best mobile MOBAs to find your next fix of frantic fighting factions.