If you like fast cars, balls, and enjoy mobile games, Rocket League Sideswipe is the game for you. Chances are, you’ve heard of Rocket League, the car-balling console and PC game. Well, Sideswipe takes that action and brings it to the small screen. It features 1v1 and 2v2 matches. You can either do this in a friendly manner, or let your competitive side out. Either way, who doesn’t want to be able to show off their skills? They do it on football (or soccer) pitches, so why not in this virtual court.

That’s where our Rocket League Sideswipe air roll guide comes in, because not only do air rolls make you look like a pro, they’re also a helpful move that can aid you in matches. We understand that winning isn’t worth squat if you don’t look good doing it – sure, a win is a win, but it’s anything but convincing when the ball rolls across the goal line like a tumbleweed. So, read on to find out how to air roll in Rocket League Sideswipe, and get that victory in style.

Suppose the idea of rolling around in the air in a car isn’t appealing to you. In that case, you can check our picks for the best mobile sports games, especially if you prefer traditional sports outside of a vehicle – though we’d argue using cars makes things more interesting. Or, if you want something entirely different, we have recommendations for the best mobile RPGs and best mobile platformers here.

Without further ado, here’s how to perform an air roll in Rocket League Sideswipe. 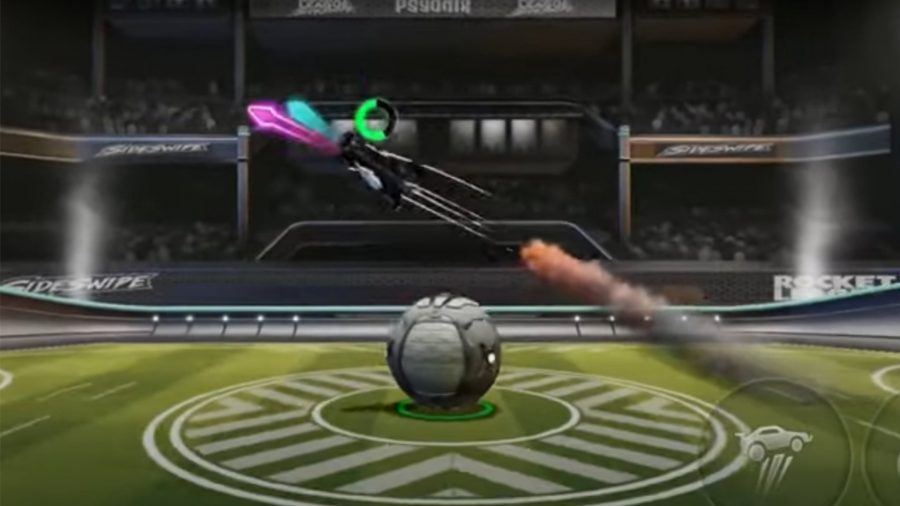 How do I perform a Rocket League Sideswipe air roll?

Performing a Rocket League Sideswipe air roll is surprisingly easy. What beginners might have trouble with is maintaining control of their car after landing the move.

Firstly, when on the move, you need to press the analogue stick upwards, then continuously press the boost button on the opposite end of the screen. Do this successfully, and you should get a decent amount of air time that gives you the perfect opportunity to air roll. Once you’re flying over the pitch, double-tap the joystick. This rolls your vehicle.

If you want to keep the fun times rolling, keep a hold of the analogue stick upon landing, as this allows you to immediately perform air rolls upon taking off again.

However, remember that messing the manoeuvre up causes you to lose control of your car. It’s almost as though you’re on the scrap heap while watching the opposition rush towards your open goal.

And now you know how to air roll in Rocket League Sideswipe. If you prefer to speed around the track, check out our picks for the best Switch racing games – Mario and co are waiting for you.