If you like monsters, going on adventures, and having the option to show your dominance in a competitive arena, Summoners War is the game for you. Com2uS released Summoners War: Sky Arena in 2014, the game is one of a few titles that are responsible for pioneering mobile esports into what it is today. As such, it hosts a world championship every year that brings players together worldwide in a bid to become champion, winning a nice paycheck while they’re at it. But, of course, to claim victory, there are various things to consider, from what characters to use to which runes you equip them with.

Well, with our Summoners War runes guide, we hope to help you out with at least one of those problems. There are many different runes to consider, all of which have varying benefits. By equipping these magical stones, you alter the stats of your monsters, which, of course, can be the difference between victory and defeat. In addition, runes of a particular rarity can also have various secondary effects, further increasing your chances of slaying the monsters in front of you.

What are Summoners War runes?

These magical items are vital when it comes to combat in Summoners War. There are various sets and types available, some of which are more suitable than others. And, much like the monsters, there are five different rarities when it comes to runes. The rarer the item, the more powerful it is, simple.

How do I get Summoners War runes?

There are a number of ways you can get your hands on Summoners War runes. Firstly, you can acquire them from the magic shop. The higher your level, the more likely you are to find runes of a higher rarity. You can also get these items as a reward from the Temple of Wishes. The Giant’s Keep, Dragon’s Lair, and Necropolis dungeons can give rune drops in the later stages, and if you’re lucky, you might even bag yourself a six-star rune.

You also get runes as drops from scenario areas in the battle map. However, potential rewards come down to the difficulty level: 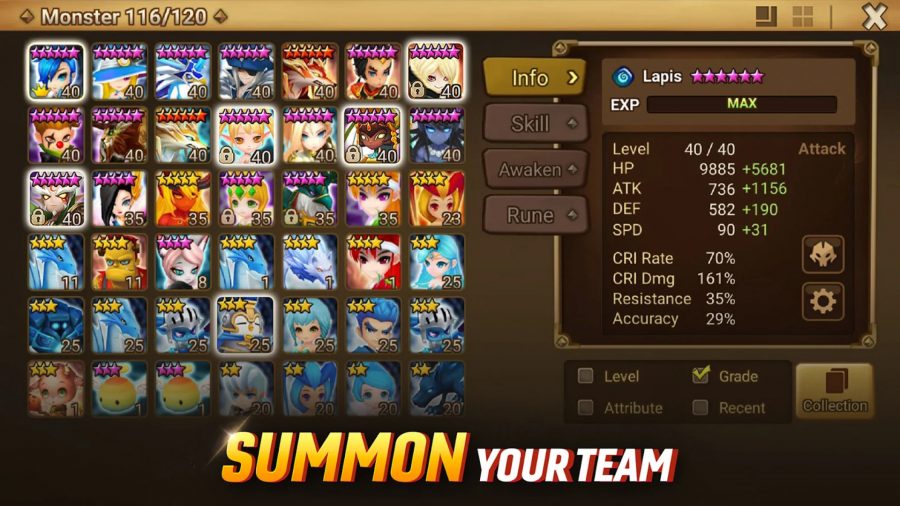 Which Summoners War runes should I equip?

Each monster has six rune slots available to give you space for one four-set and one two-set rune package. Be careful when placing the runes, as each slot prioritises a different kind of effect.

For example, slot number one puts an emphasis on increasing attack, while slots three and five focus on defence and health, respectively. As for slots two, four, and six, they can prioritise several effects, from the aforementioned ones to critical rate, effect accuracy, speed, critical damage, and more.

The above stats aren’t set in stone. You have the power to increase the effects of any rune, so long as you have the mana to do so. However, remember that the grade and level of the rune determines how much this costs you. Rune rarity doesn’t come into play. You should also bear in mind that success is not a guarantee. You could well spend mana and not reap the rewards. As such, we suggest weighing up if it’s a risk worth taking, or could that mana be better spent elsewhere.

Overall, there are 15 levels for runes to reach. However, with each increase you get, the chances of hitting the next level dwindle. For example, if you try to go from +3 to +4, you have an 85% chance of success, whereas going from +14 to +15 only has a 5% chance of succeeding.

Oh, and if you happen to equip a rune, but then change your mind, you can remove it by spending mana stones. Should you do this, the rune remains yours and returns to your inventory. 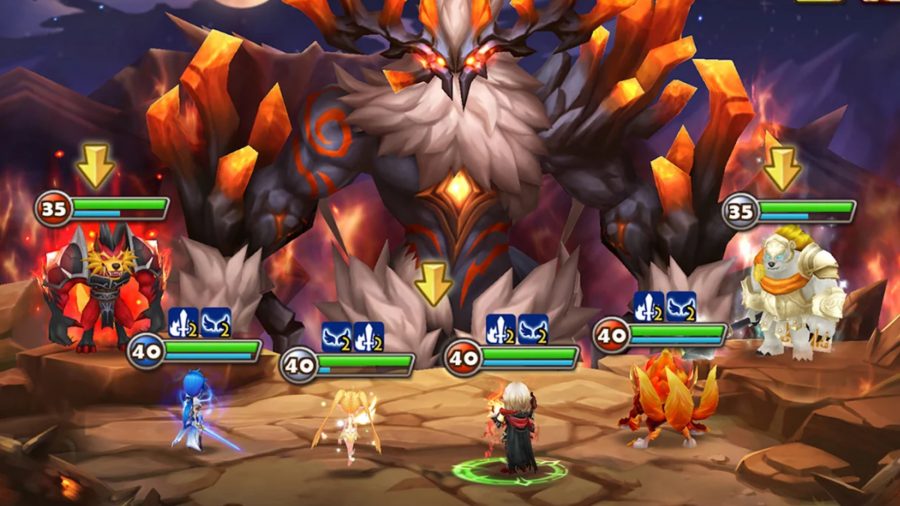 It goes without saying that rarer Summoners War runes offer better benefits, including greater chances of providing you numerous secondary effects that might secure victory.

Rune rarities are as follows

Rarer runes can provide you with up to four additional secondary effects. Furthermore, the more you level up your runes – even normal ones – the more likely they will develop extra capabilities.

And there you have it, everything you need to know about Summoners War runes. If you need a change of pace, look at our picks for the best mobile shooters or best mobile horror games on iOS and Android.