This last year hasn’t been the easiest for most, but the steady release of shiny new videogames has helped to stave off any boredom we may have felt while being stuck at home every day. Whether you need something casual to play with family and friends or an epic open world that’s simply begging to be explored, the Nintendo Switch has released a little something for everyone.

The best Switch games of the year 2020 include a relaxing life simulator with adorable anthropomorphic animals, a title full of family-friendly board games, a roguelike action RPG with characters that are almost too handsome, and much, much more. Some outstanding remakes also graced our screens that managed to captivate new and old fans alike.

There was no shortage of games worthy of the Switch game of the year title, but we’ve still managed to narrow it down to a list of ten of the best games in no particular order. So, without further ado, here is our list of the best Switch games of 2020. 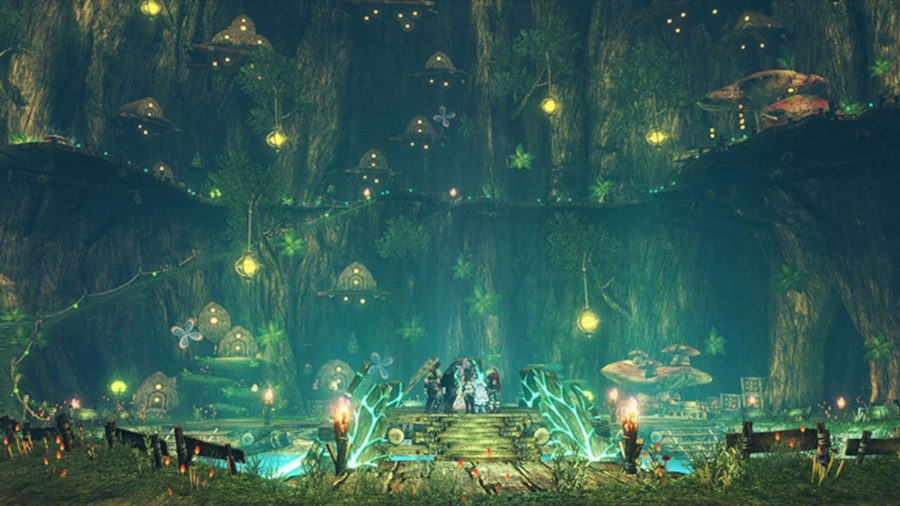 Xenoblade Chronicles is an open-world RPG epic that originally launched on the Wii back in 2010, and, despite the hardware’s limitations, it still managed to run extremely well and offer a story and characters so well realised that the grainy graphics could be overlooked. Ten years down the line, Xenoblade Chronicles: Definitive Edition released for the Nintendo Switch with gorgeous graphical improvements and a whole new story chapter.

Xenoblade Chronicles: Definitive Edition is a true testament to how remasters should be done. With a unique battle system, over 450 sidequests, and an enthralling story with numerous twists and turns, Xenoblade Chronicles easily makes it onto our list, and has set the bar high for what we expect from remasters going forward. 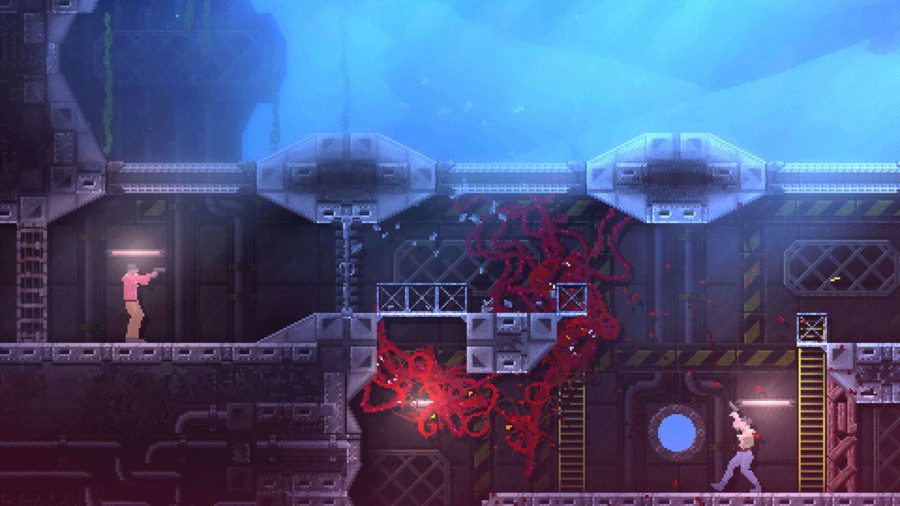 Carrion is a nightmarish descent into extreme body horror and gore – only this time, you’re the monster. Playing as a fleshy, tendrilled abomination, you tear your way through a vast underground lab while devouring your human prey and bolstering your immense powers. The creature’s animalistic movements and constant need to kill are rather upsetting, though there’s still plenty of fun to be had when it comes to wreaking havoc on your captors.

Carrion’s Metroidvania world design provides ample opportunity for creative approaches to combat and exploration, and the fact that there’s nothing else quite like it on the Switch makes it a must-play experience, provided that your stomach can handle it. 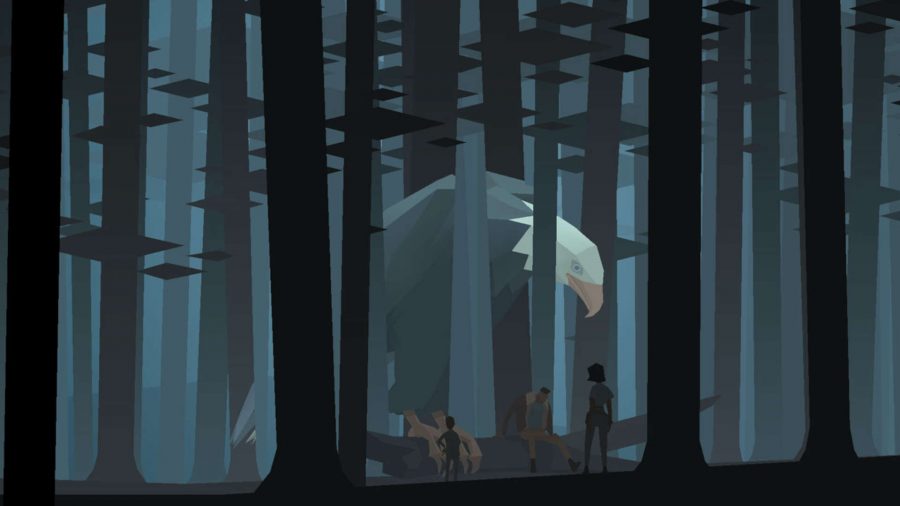 Over seven years after its first episode, Kentucky Route Zero’s epic yarn finally came to a close with its arrival on Nintendo Switch. This is a sprawling point-and-click adventure game that is easy to sink into but also deeply considered, opening itself up to endless discussion and interpretations.

It looks quite unlike anything else on the system, pulling its aesthetic from specific eras of stagecraft and striking architectural designs. It’s also a game that’s been attributed much importance over the years, but despite its weighty subject matter and leisurely pace, Kentucky Route Zero should prove compelling to almost all comers thanks to its many unforgettable sequences and ideas. 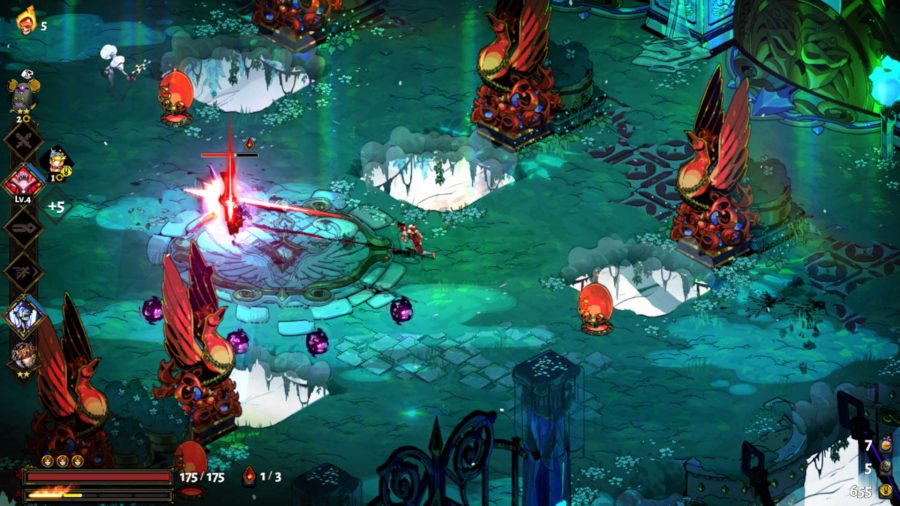 It’s been said many times that Hades is a roguelike for people who don’t like roguelikes, but its appeal runs far deeper than that – it’s also one of the year’s most generous and best-written games, boasting dozens of hours of blistering action and bickering gods.

Whether you’re slaying shades in Asphodel or shooting the crap with your buddies back at the House of Hades, Supergiant’s latest excels in everything it attempts. The combat is brutal and layered, the characters are distinct, and the narrative drip-feed is perfectly calibrated to keep you coming back time and again for another run. For all of these reasons, you’d be hard pressed to find a better roguelike on Switch, which is something our full Hades review can attest to. 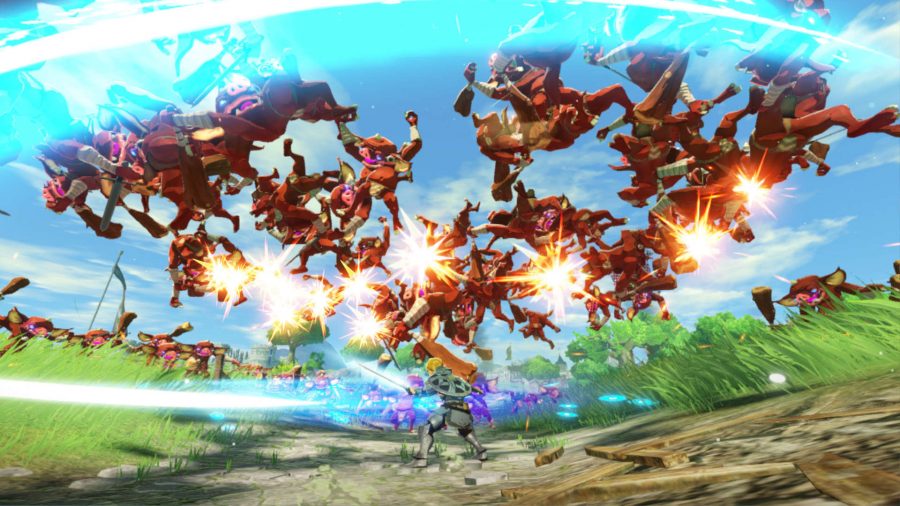 This Dynasty Warriors-esque hack and slash title is set 100 years prior to the events of Breath of the Wild, and as our Hyrule Warriors: Age of Calamity review says, it is “a worthy prequel.”

Here, you can play as all your favourite characters from Breath of the Wild and take in the sights of Hyrule as you’ve never seen them before. Whether you’re looking to reminisce over the locales or just want to cause absolute carnage against hundreds of Bokoblin, Hyrule Warriors: Age of Calamity is the perfect game to play while you wait for Breath of the Wild 2. 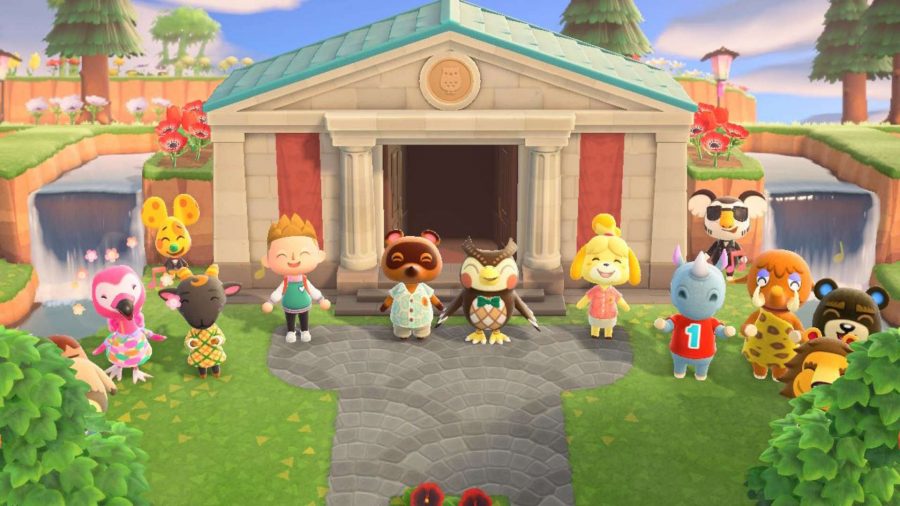 Whether you want to take a leisurely stroll along a sandy beach, plant a lavish amount of flowers around your island, or become deeply indebted to a tyrannical raccoon, Animal Crossing: New Horizons is the game for you. This early pandemic release managed to more than double the lifetime cumulative sales of Animal Crossing: New Leaf and become the best-selling Nintendo Switch exclusive, making it a natural inclusion.

Since the game launched in March, people have used the title to have virtual meetups with friends and family, hold business meetings, and President Joe Biden even released official yard signs for use in-game during his campaign. Even if you don’t want to indulge in the social aspects of Animal Crossing: New Horizons, you can still easily spend hundreds of hours planting, excavating, collecting, and swimming, as long as you earn enough bells to pay Tom Nook back along the way. 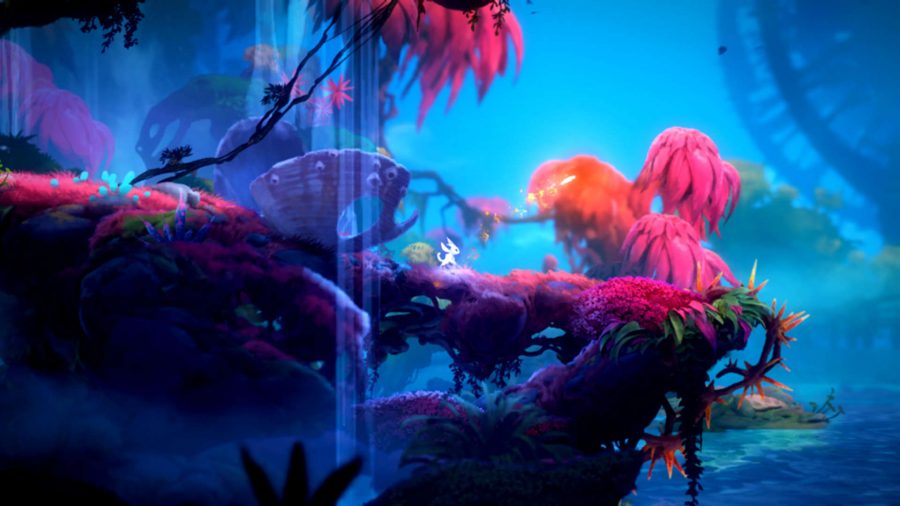 Ori and the Will of the Wisps

Ori and the Will of the Wisps is another of the Switch’s miracle ports: beautiful, expansive, and ultimately perfect for on-the-go play. This Metroidvania sequel builds upon its acclaimed predecessor in every possible way, taking the action-platformer genre to new heights while telling a heartfelt tale.

It also looks as good as it plays, running at a smooth 60 frames per second despite the impressive effects and stunning attention to detail on display. It works as both a technical showpiece for Nintendo’s handheld system and a tightly-designed adventure through an evocative setting. 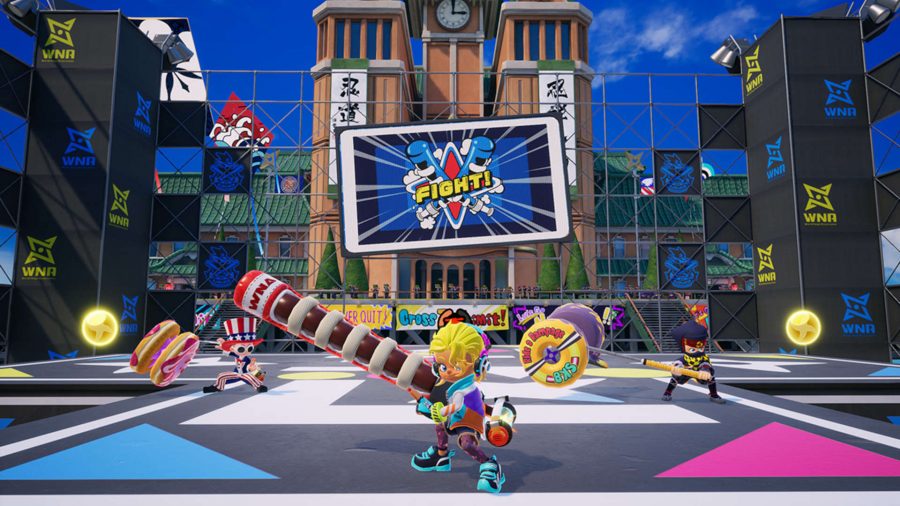 In Ninjala, you play as tween ninjas who have the power to create all manner of weaponry using bubblegum. GungHo’s latest may seem like a mix between Fortnite and Nintendo’s own Splatoon series, but it’s already gone on to cement itself as one of the top-tier Switch multiplayer games in its own right.

This fast-paced arena battler offers colourful visuals, surprisingly layered combat, and a wealth of free-to-play modes and maps. Ultimately, Ninjala’s focus on up-close battles and wild abilities separates it from most of the competition, and there’s no denying that its moment-to-moment action is a blast. 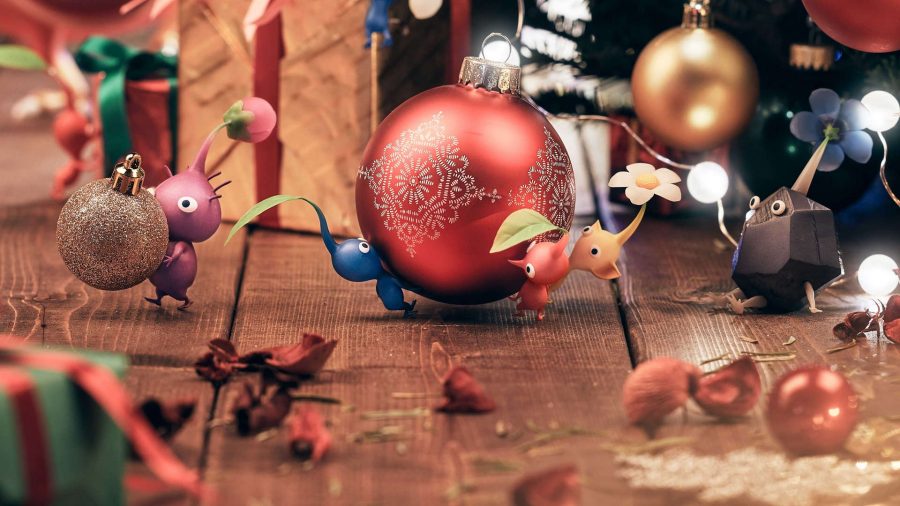 Pikmin 3: Deluxe is the second remaster to feature in our list, but is a very different game. This remaster breathes new life into the cult classic title and includes brand new story content, a story campaign that you can play in multiplayer, and myriad graphical improvements, making it a must-have title for people who missed out on the Wii U original.

As you traverse gorgeously designed landscapes while solving puzzles and keeping the adorable alien Pikmin safe, you will gradually fall in love with Pikmin 3: Deluxe and notice new intricacies each time you make your way through a level. 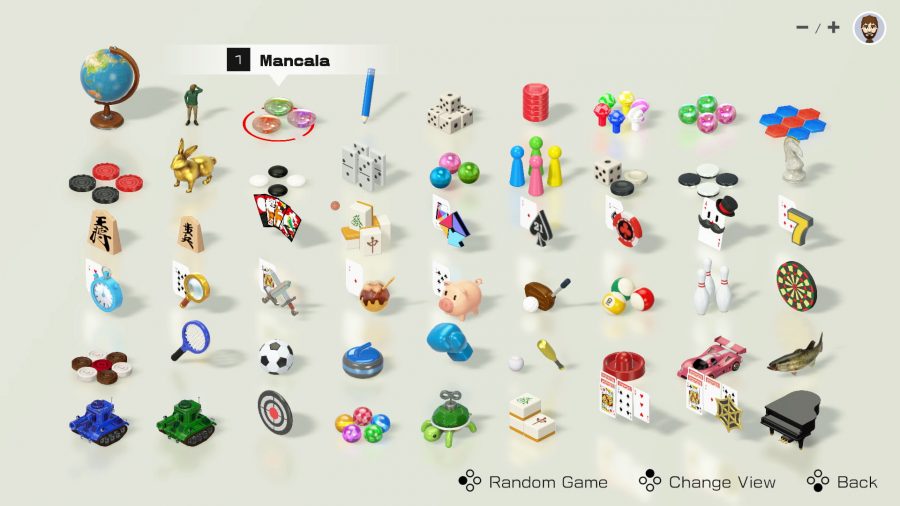 Light-hearted, family-friendly fun done well. 51 Worldwide Games is exactly what it says on the box – 51 classic games such as Four-in-a-Row, Ludo, and Chess, as well as a bunch of motion-controlled games like darts, fishing, and bowling. This one offers both local and online multiplayer, so even people stuck at home can indulge in a board game or two with friends anywhere in the world.

51 Worldwide Games is suitable for all and is great at combating that one family member who will flip the board if the game isn’t going their way.