Monster collecting games are a treasure and hugely popular thanks to the likes of Pokémon, but that franchise isn’t the be-all and end-all of the sub-genre. There are other titles out there, one of which is Nexomon, which, you guessed it, features a huge amount of creatures known as Nexomon. You need to capture, train, and battle them – hmm, that sounds familiar.

With our best Nexomon guide, we aim to help you choose your trusty team in Nexomon: Extinction. Overall, there are 381 Nexomon, many of which have multiple evolutions, so just because a stage one is weak, that doesn’t mean it’s not worth capturing to reap the benefits of its evolutions.

If you enjoy Nexomon, there’s a very good chance that you’re a fan of Pokémon, in which case, we have plenty of content for you to sink your teeth into. First up, there’s Pokémon Go. If you want to incorporate exercise into your game time and be out there in the real world, this is for you. Check out our Pokémon Go events and Pokémon Go codes guides to get a head start. Or, you could look at our Pokémon Unite tier list if you fancy giving the MOBA a try.

Given there are nearly 400 Nexomon available, we broke this guide down into types, selecting the best Nexomon from each variety.

What are the best Nexomon? 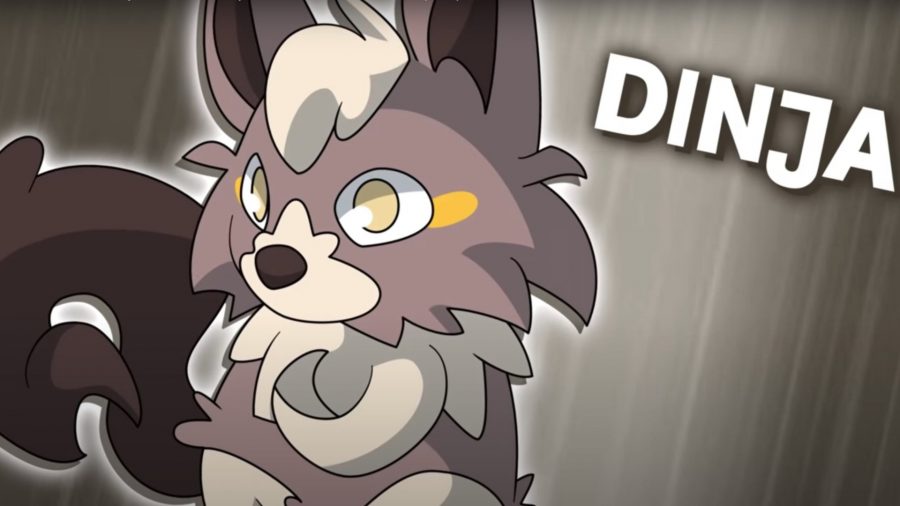 Brauncher is a third-stage Nexomon, with its previous evolutions being Puggard and Poyal. Admittedly, its first stage – Poyal – isn’t the best creature of the normal variety, but its evolutions certainly make up for it. You can get Brauncher by reaching level 33 with Puggard.

Namansi is a bit of a beast, and, unfortunately, it’s not easy to come by as it falls under the ultra-rare category. Its first stage is Dinja, which happens to be a pretty good Nexomon itself, followed by stage two evolution Dichala. The entire evolution chain here is pretty strong and is certainly worth considering if you’re after a normal Nexomon. That, and Dinja is cute, possibly the cutest Nexomon.

Is Tarragon going to be Nexomon’s answer to Charizard? No, probably not. But it’s a good monster to get your hands on if you want to terrorise the skies. When it comes to stats, Tarragon is pretty well rounded, though speed is its lowest attribute.

This second stage Nexomon might not be the mightiest creature out there, but it’s capable of dealing considerable damage with impressive speed. However, to get Blazetilla, you’re going to have to put some effort in, as this Nexomon is only obtainable by evolving Tiliamber at level 36.

If you want the best things in life, you have to work for it, and that rings true in Nexomon. If you want a real firestarter on your team, the legendary Nexomon Mulcimer is a perfect choice. It would be fair to say the creature has little weakness and is sure to help you win some battles.

Don’t let this Nexomon’s cute looks fool you. It’s one ferocious beast. This kitty got claws. To get Lumerei, you’re going to have to play the long game after catching yourself a Lume, which evolves into Lumefur at level 16 and Lumerei at level 34. 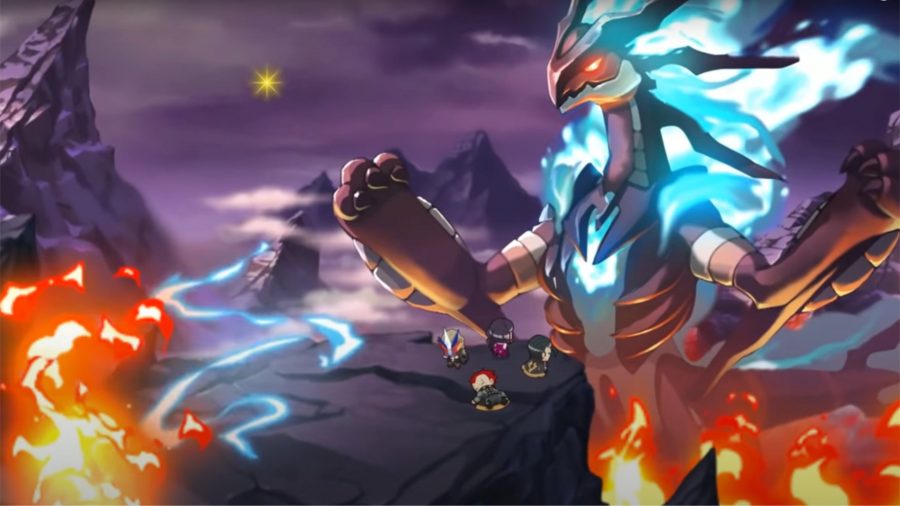 Float like a butterfly, sting like a Mantrass, that’s the saying, right? Mantrass is a third-stage plant-type Nexomon that has impressive speed and a pretty good attack stat. If you want this Nexomon, you need to catch a Stalkee – at least it’s not a stalker – then evolve it into Mantoo, and finally, Mantras.

Be careful not to irritate this Nexomon too much, it wields a stick, and we’re sure it would be all too willing to poke and prod places it shouldn’t.  It has two previous stages, the first is Siki, and the second is Sikihob.

Here’s yet another legendary Nexomon. Boscage, as you might expect, is incredibly powerful with impressive stats to boot. Honestly, it’s likely that this dragon will knock all of us into next week.

First things first, this name is all wrong. When we look at this Nexomon, we don’t seem glam. We see gloom – Gloomoory, or Gloomer, would work so much better. Anyway, this Nexomon might not be the strongest on this list in terms of attack, but it has a good health pool and a decent enough assault and defence for a common Nexomon. This stage two Nexomon evolves from Glimoory.

Great health and attack mixed with good defence and speed makes for a worthy Nexomon. If you’re after a water-type, we will give a shout out to Harectic. As a second-stage Nexomon, Harectic evolves from Kawsnow at level 25.

This greater drake is of the legendary variety and is a well-rounded Nexomon, capable of dealing with the vast majority of battles. If you think you have what it takes to tame this beast, we suggest checking out some ice caves. 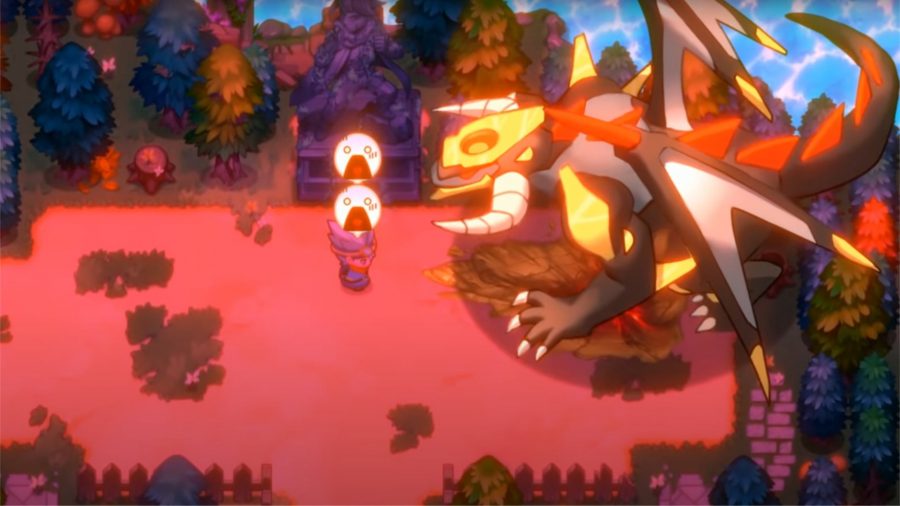 Centeror has a decent amount of health and is capable of inflicting considerable damage upon its foes. However, to get this Nexomon, you need to play the long game, given it’s a stage three creature, evolving from Giddiyelp and Ponic.

Another legendary greater drake, Krainnull is undoubtedly one of the most powerful Nexomon out there, and that’s especially true for the ghost type.

Yet another legendary Nexomon, Fane, is a fearsome beast that’s sure to strike fear into the hearts of all who oppose it. Not only does it have great health, but it also hits like a freight train moving at impressive speeds.

Here’s a Nexomon with a nice pool of health, it can withstand a high amount of damage and hit back twice as hard. If you want to add Rustung to your team, you need to catch a Rust, then evolve it into Rustu at level 15, which in turn becomes Rustung at level 33.

Well, this Nexomon is going to ruin your day unless it’s fighting for you, then you’re likely in for a nice victory. Graloon is arguably the most powerful mineral-type Nexomon with great health, offence, defence, and okay speed.

The name gives it away with this one, Fortank is a tank. It can withstand heavy onslaughts and still stand tall. All teams need a great defence, and this Nexomon provides that. It evolves from Fortoise at level 34, though its first stage is Fortle. 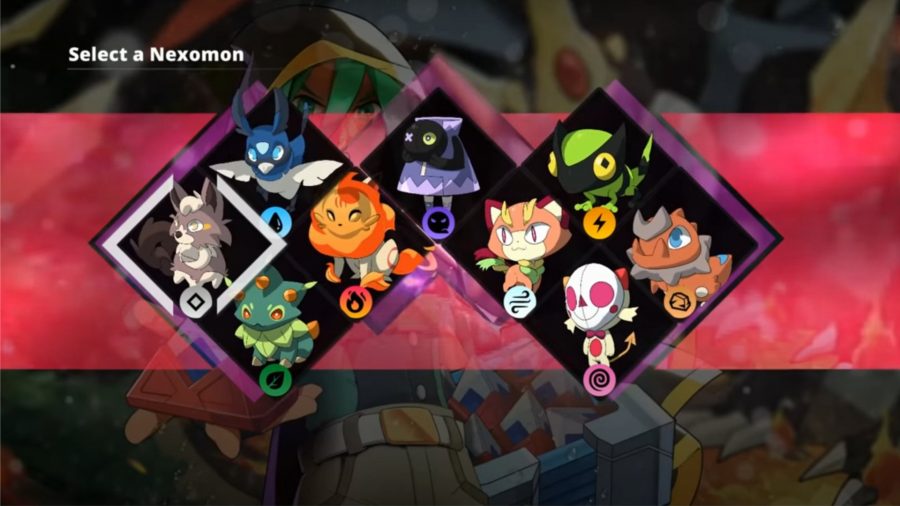 Hyphoon is a mega rare Nexomon, one that boasts great health and attack, with substantial defence and impressive speeds.

Great health, check. Hard hitting attacks, check. Tough defences, well, you get the point. Tyrake will give any foe a headache.

This Nexomon is extremely rare, and not easy to catch at all. However, to become a true Nexomon master we suggest getting your hands on this legendary tyrant.

Create some sparks with this impressive Nexomon. Voltiac is great for attacking at speed while also being able to withstand damage. It evolves from Volnamic at level 32, though Volt is the beginning of this evolution tree.

This Nexomon is extremely fast and agile, the perfect choice to bring the speed to your team. To get Reptomotor, you must first catch Gekoko and evolve it to Kamelevo at level 15, then on to the third-stage beast at level 32.

We can only imagine how many volts are running through Volta. Another well-rounded legendary Nexomon, it makes a great addition to any team.

A Psychic Nexomon with great health, Horget is a good choice if you want to terrorise the opposition. Its evolution tree starts with Wadgon, before moving onto Wadtail and finally, Horget.

This Nexomon is terrifying to look at. Seriously, Freddy Krueger could take lessons from this Nexomon. If you want to add Felibanqo to your team, make sure you catch a Masquiti, then evolve it into Masqat, and finally Felibanqo.

A highly intelligent Nexomon, Mystogen is one of the legendary greater drakes. Which, as you have likely worked out by now, means it’s an incredibly powerful creature.

And that’s all we have on the best Nexomon. Make sure you check out our picks for the best iOS games and best Android games if you’re after something new to play.