There are many factors that make Dark Souls a generation-defining title, beyond the impressive combat, terrific world design, and intricate lore, we mean – because it’s characters such as Dark Souls Gwynevere that add that little something extra. In fact, the lore is so impressive because of the well thought out people that inhabit Lordran, even if they aren’t all they seem.

It’s fair to say that Dark Souls’ Gwynevere is quite an important character, but there’s more to her presence in Dark souls than first meets the eye. So, we’ve taken it upon ourselves to not only tell you who she is, but where to find her (though it’s impossible to miss her), what her covenant is, and how she plays into your journey throughout Lordran.

We should let you know, that some of what we’re about to say ties in nicely with her younger brother, so once you’re done here, you should have a read of our Dark Souls Gwyndolin guide. Or, if you’re stuck on a particularly hard fight, dive into our Dark Souls bosses content for some useful tips.

Anyway, onto everything you need to know about Dark Souls’ Gwynevere.

Who is Dark Souls’ Gwynevere?

To use her full title, the Princess of Sunlight, Gwynevere, is the only daughter of Gwyn, the Lord of Sunlight and first Lord of Cinder. As such, she’s the sister of the nameless firstborn son and Gwyndolin. Due to the shame her older brother brought upon the family after he chose to help the Ancient Dragons, and Gwyn’s shameful outlook on his youngest, it’s fair to say that Gwynevere is her father’s favourite child.

There’s not a ton more to say about her younger years, so let’s dive into what Gwynevere’s role in Dark Souls is. 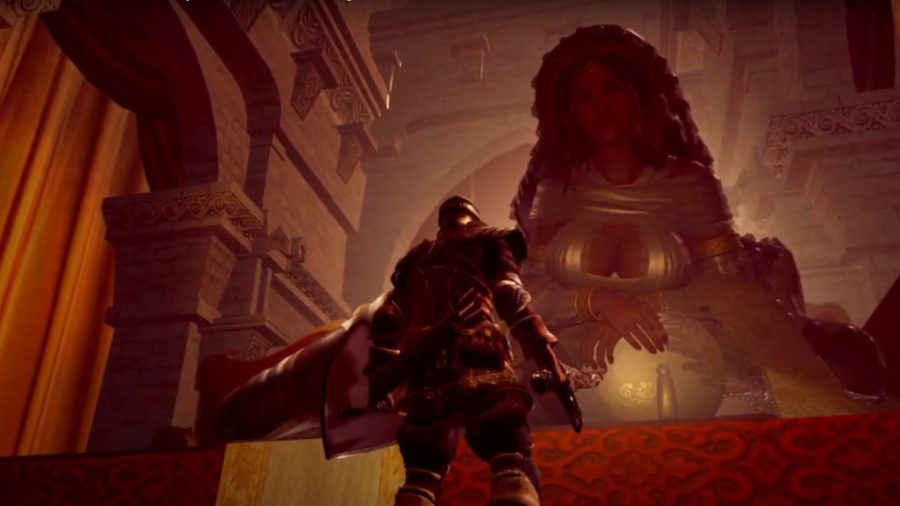 Where do I find Dark Souls’ Gwynevere?

However, not all is as it seems with Gwynevere, for if you hit her, she’s shown to be an illusion. Suddenly a booming voice, that belongs to Gwyndolin, declares you an enemy of Anor Londo. In fact, the Dark Sun is the last remaining deity in Anor Londo. The real Gwynevere left a long time ago. The youngest child of Gwyn uses his sister’s illusion to manipulate you, hence why you get the very item that allows you to complete your journey in Lordran.

What is the Princess Guard covenant?

Despite the fact that she’s an illusion, one of the Dark Souls covenants belongs to Gwynevere. The group is all about cooperative play, as it rewards you with the soothing sunlight and bountiful sunlight miracles, both of which allow you to heal other players.

It’s worth noting that should you kill Gwynevere, you can no longer be in this covenant, and you’re at the mercy of the Blade of the Dark Moon covenant.

There you have it, everything you need to know about Dark Souls’ Princess Gwynevere, and her role in the game. If you’re after some similar titles to play, our list of the best games like Dark Souls has plenty to choose from.