No matter what Eve Echoes ship you choose, it’s an important decision that reflects your playstyle in the sci-fi RPG. Whether you’re zooming around blasting pirates, unleashing hordes of drones to swarm your enemies, or just doing some good old fashioned mining, there are lots spacecraft to choose from. But there’s also a tonne of stats surrounding each one, so it’s not always easy to choose the perfect Eve Echoes ship. That’s why we’re here, to offer a little guidance, and some great ships to use, no matter what you want to do in New Eden.

If you enjoy this Eve Echoes ship list, be sure to check out our other content. We have an Eve Echoes guide and Eve Echoes race list, to help you with the tough initial choices. We also have some Eve Echoes mining tips and tricks, and a summary of Eve Echoes Omega, explaining the game’s subscription service.

here are the best ships in eve echoes: 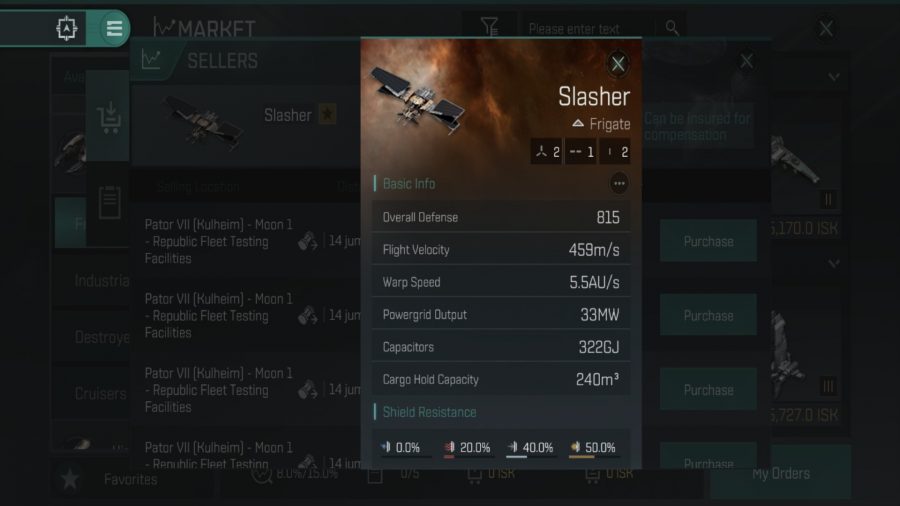 “Not the Atron?!” we hear you shout. But alas no, the Slasher is our choice for the best Eve Echoes starter ship. It may not have as powerful a capacitor as the Atron, but it does optimise cannons, which have no power draw on your ship. You can also buy it straight away, with five thousand of the 20,000 ISK you start the game with. Last but not least, it looks so cool! You know those wings fold up when it goes into warp? It’s like Eve’s equivalent of a tie fighter. 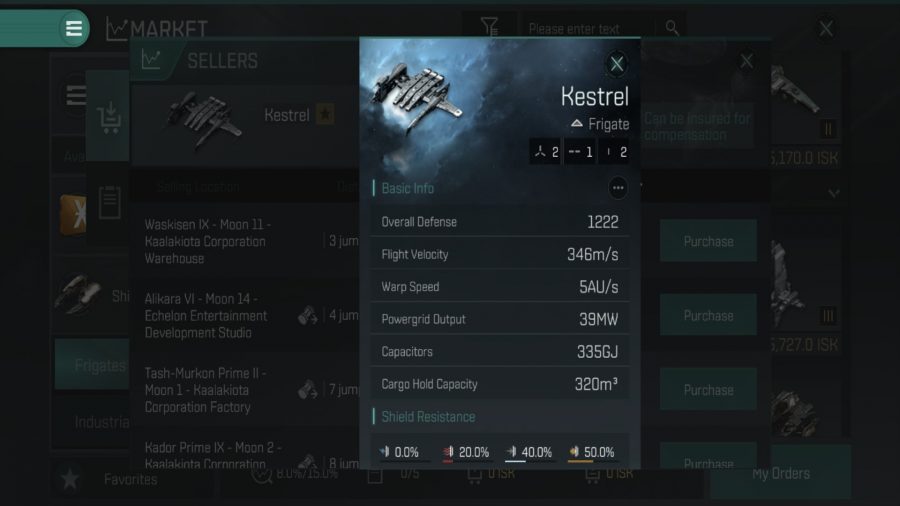 The humble Kestrel is a great frigate choice, as it’s a decent all-rounder, but it also buffs the power of missiles and torpedoes, which, as we know, are the greatest of combat tools. It also won’t set you back a crazy amount of ISK like many of the other frigates.

Eve Echoes best mining ship is, of course, the Venture. Since Eve became so well known for mining, the Venture has also become the most iconic and recognisable Eve ship. You also get a Venture Trainer – the basic version – for free if you follow the advanced tutorials. It lets you carry some drones, but also a cargo-hold of ore. It really is a Swiss army knife for any budding miner looking to make a buck. 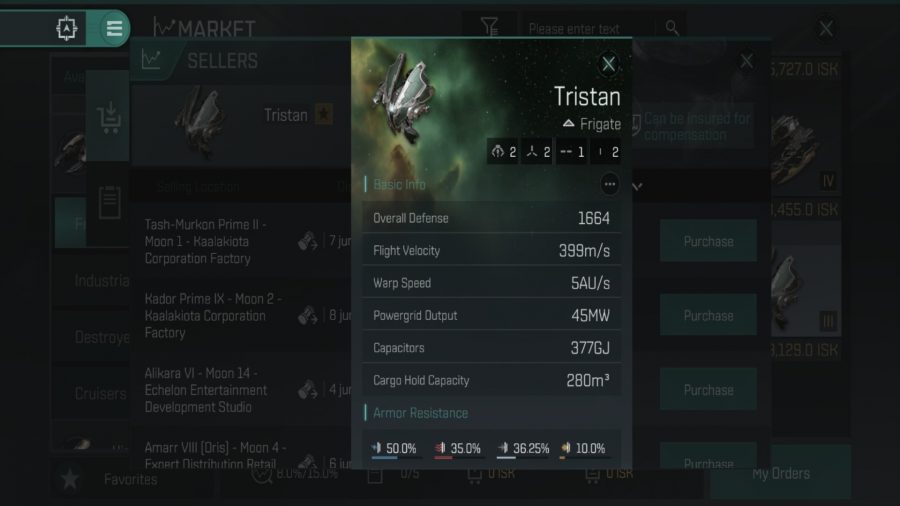 One of my favourite ships in Eve Echoes, and probably one of the best ships in the game, is the drone frigate, Tristan. For the price, and the power it gives you, the Tristan is easily one of the best Eve Echoes drone ships, allowing early game players access to the much-loved mechanical helpers. 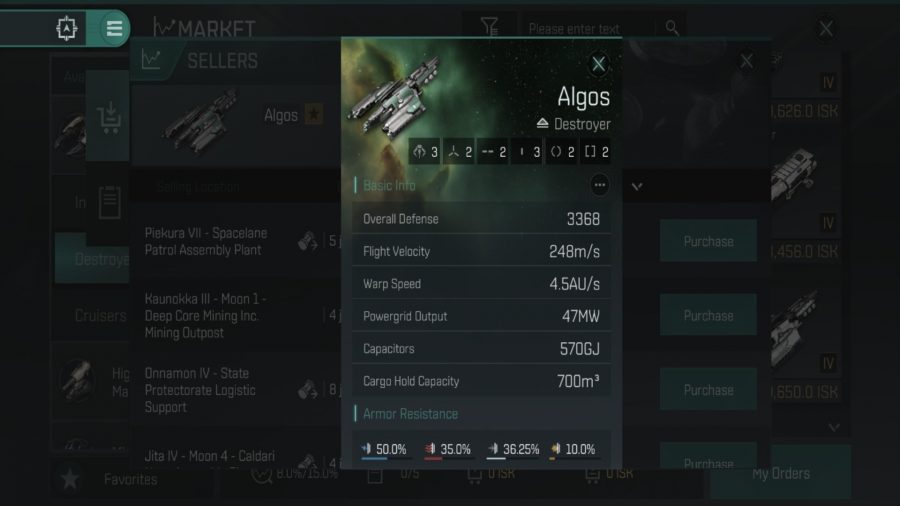 The Algos is the next step up in terms of drone handling. This drone-carrying destroyer is extremely powerful, giving massive buffs to drones, yet is also able to bring an arsenal of its own to bear. There is also an Algos Trainer variant of the ship, for those unwilling to fork over the full amount of ISK. 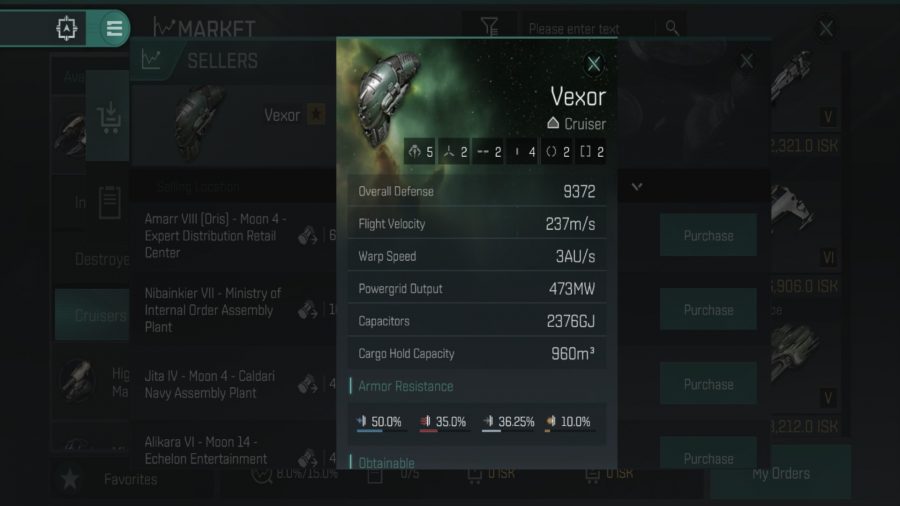 This is the drone harbinger of doom, the drone grand-daddy, and one of the most powerful ships in Eve Echoes. Though, that’s not surprising when you consider its 13,000,000 ISK price tag – though don’t worry, there is an 8,000,000 ISK trainer version. This cruiser is essentially a flying fortress, with massive defence, and plenty of drone buffs, including a powerful buff to control distance. 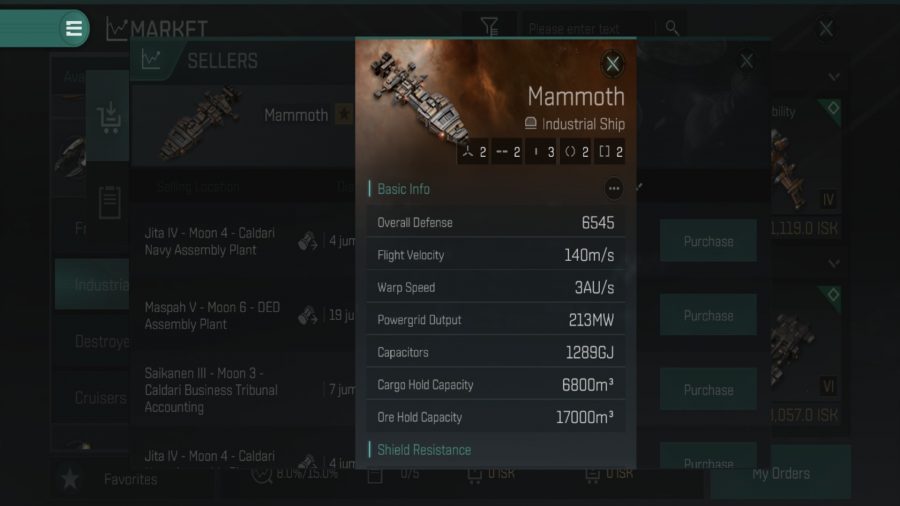 The Mammoth is quite literally, a Mammoth, and definitely our favourite Eve Echoes industrial ship. No matter whether it’s packaged items, or ore that you’re carrying, this ship’s gigantic cargo make it the perfect runner. It also has a whopping 213MW powergrid output, which means you can run a fair few fittings with it as well. 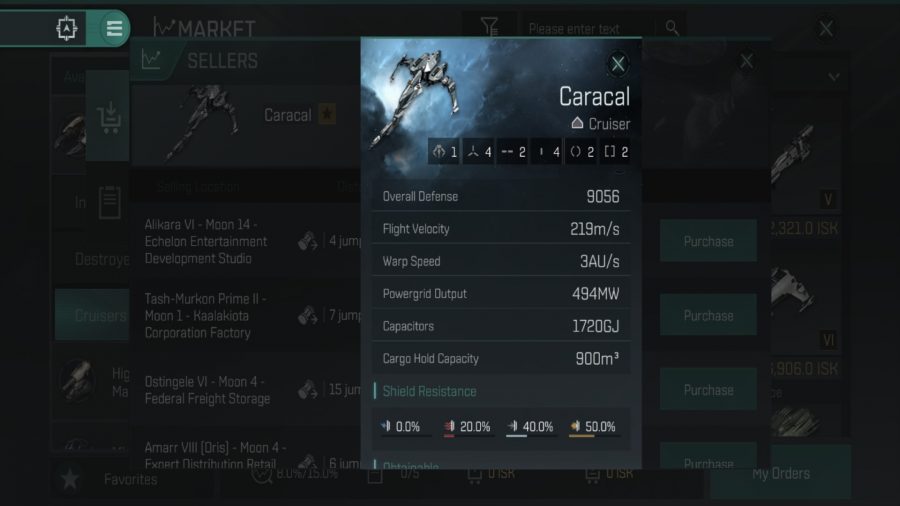 Honestly, as a drone user, I would’ve put the Vexor in here too, but the Caracal deserves a spot of its own, and here’s why: missiles. The Caracal Cruiser is one of the most powerful missile ships in-game, and as missiles are arguably the most powerful weapon, it’s a strong contender for the ship with the highest potential offensive capability. There’s also a Caracal Trainer too, in case that 13,000,000 ISK price tag looks a little steep.

eve echoes ship fitting: how to fit a ship

No matter how expensive your ship is, in the end, it’s only as powerful as the modules and weapons it has equipped. Here are some tips for Eve Echoes fitting:

The ship tree in Eve Echoes is found in the main menu. Simply tap your character icon and then find the section in the bottom right-hand side. This is essentially a ship guide for the different Eve Echoes factions, and shows what you can buy and use based upon tier, as well as potential upgrade options.

An Eve Echoes trainer ship is basically a slightly weaker version of the ship it’s named for. A Vexor trainer is a weaker version of a Vexor, but it is significantly cheaper, allowing you to try the ship without committing to the same massive price tag. Sometimes trainer ships do have completely different bonuses, though, so it’s worth checking the difference between the trainer version and the regular before buying.

Eve Echoes insurance: how to get a ship insurance voucher

None of us plan to get exploded in Eve Echoes, but hey, it happens. This is why insurance was invented. Ships with tech level requirements of 3 and below are repairable using Beginner Insurance Vouchers. Here’s how to make the most of your ship insurance:

And that concludes our Eve Echoes ship guide. We hope it helps you out in New Eden! You can download Eve Echoes on Google Play and the App Store if you’re interested. We also have an Eve Echoes review if you haven’t yet made up your mind…