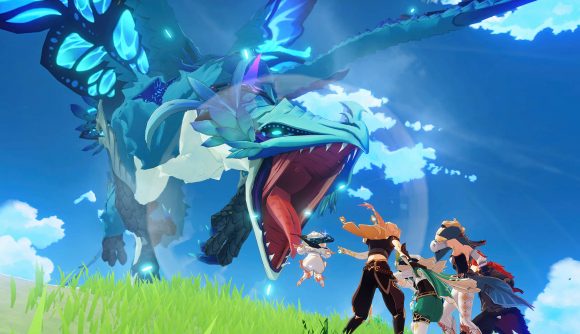 It must be the end of the year or something, and everyone’s thinking about which games were the best to play in, admittedly, one of the worst years in living memory. Well, for most of us anyway. Google has done its own reflecting on the best Play Store game of 2020 and has decided the winner is Genshin Impact.

To be fair, Genshin Impact‘s got everything going for it. It’s a JRPG with elements of The Legend of Zelda: Breath of the Wild. It’s also a frequent flyer in best mobile RPG lists, including our own, and if our Genshin Impact review is anything to go by, it’s well worth checking out at least to see what it’s like (because it’s free-to-play, after all).

While Genshin Impact took the top prize, there were other games out there that took important prizes of their own. Dream League Soccer 2021 took the User’s Choice prize, beating Genshin Impact, The Seven Deadly Sins: Grand Cross, Cell to Singularity – Evolution Never, and both of Riot Games’s Teamfight Tactics and Legends of Runeterra mobile ports, among a few others.

The full list of prizes awarded in the Google Play Store official game of the year awards for 2020 includes:

Now that it’s won awards, you may find yourself wanting to jump in to Genshin Impact for the first time. We can actually help there, as by entering the whole host of Genshin Impact codes, you can stock up on a whole bunch of free goodies!

You may also wish to check out our Genshin Impact guide for tips on the map, multiplayer, and Primogems, as well as the Genshin Impact tier list ranking all the characters, and the full list of Genshin Impact ingredients to cook up recipes for yourself.