Our Genshin Impact tier list will help you decide which of the various characters to play in this enormous, Zelda: Breath of the Wild-like RPG on mobile. There are actually a considerable number of Genshin Impact characters, so you likely won’t know where to start when picking the ultimate character to play. Well, that’s exactly where we come in.

We’ve spent a bunch of time with each of the Genshin Impact characters, ranking them against each other in numerous different areas to come up with this tier list. There are also rumours of new characters on the way, and we plan to update this guide with them as soon as they’re available. So, as a result, we recommend that you bookmark this list and keep checking back to keep on top of the latest changes.

If you’re looking for other games to play, we thoroughly recommend checking out our best Android games and best iOS games lists, which feature the best that mobile has to offer. We also have specific best mobile RPGs and best mobile MMORPGs lists for those looking for something similar. Anyway, let’s kick off our Genshin Impact tier list.

The following characters will likely arrive alongside a future update, and we’ll add them to our Genshin Impact tier list upon arrival: 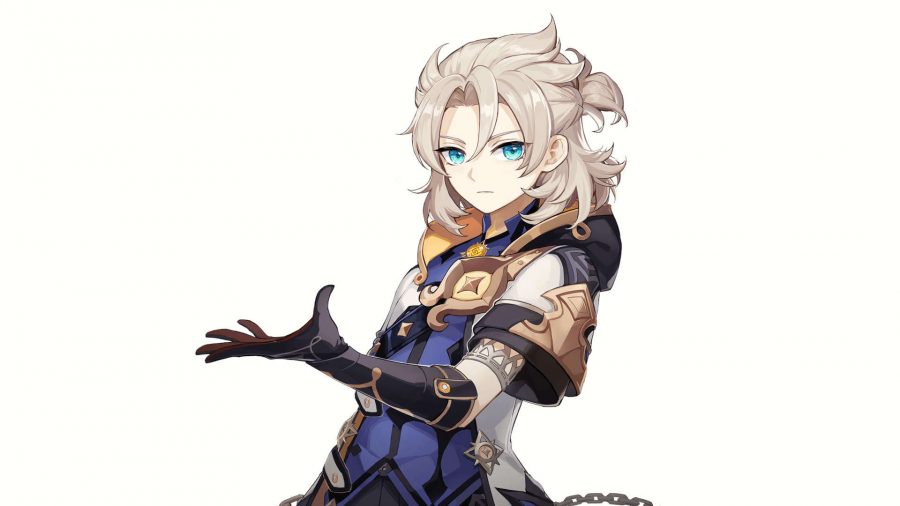 Albedo is a well-known alchemist in the service of the Knights of Favonius. He is renowned for his limitless, obscure knowledge, and research is his one true love. 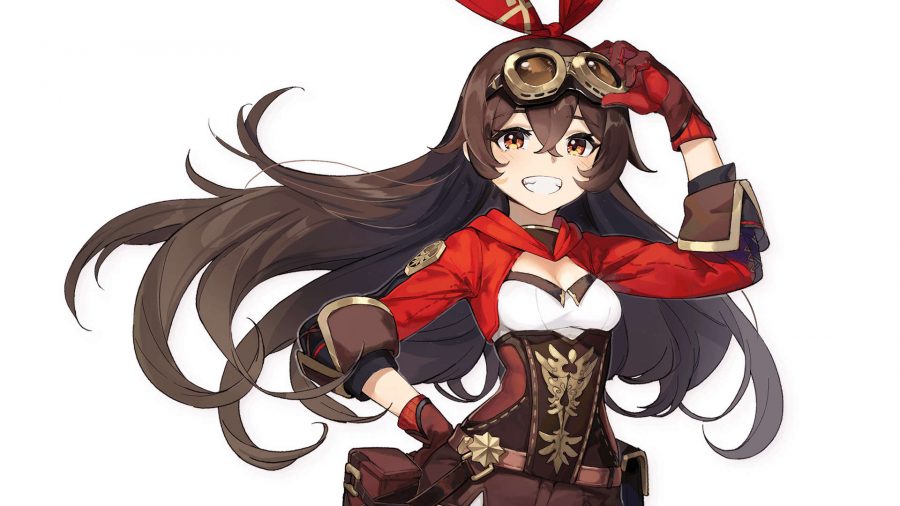 A three-time winner of the Gliding Championship in Mondstadt, Amber is an Outrider in the Knights of Favonius. 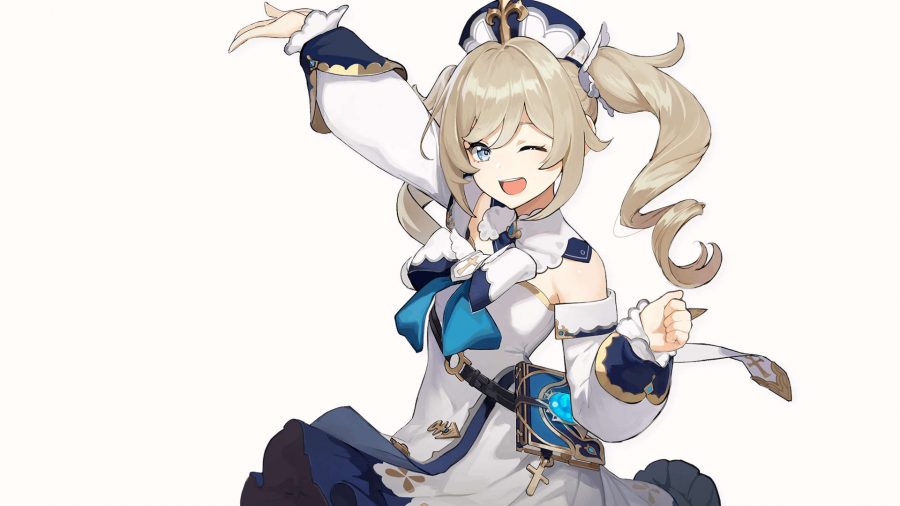 The most popular bard of Mondstadt, Barbara is also the Deaconess of the Favonius Church. 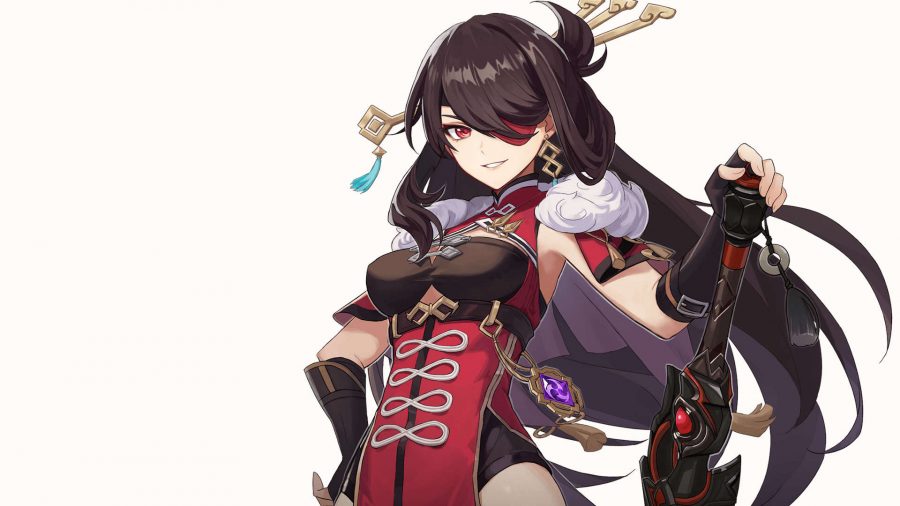 Bane of all sea beasts, Beidou is a powerful warrior that can draw lightning into her sword. 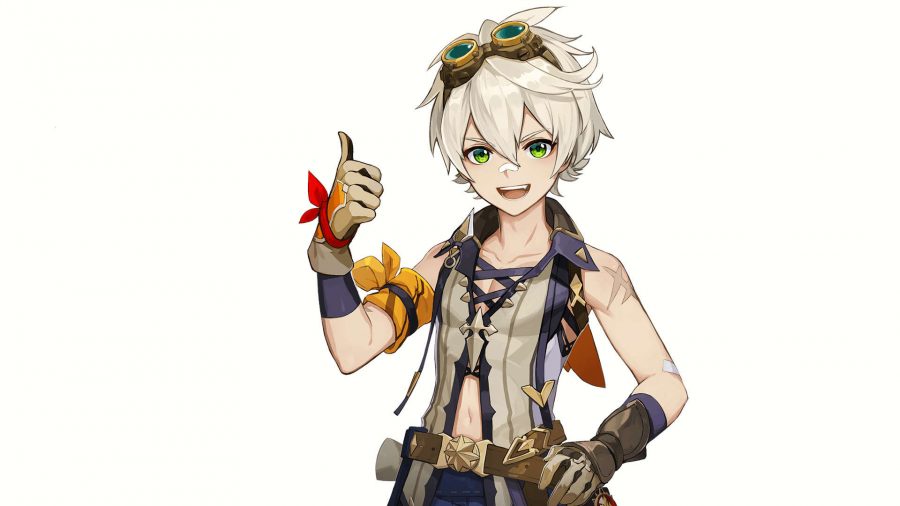 The last remaining member of Benny’s Adventure Team, Bennett is known for his unfortunate luck. 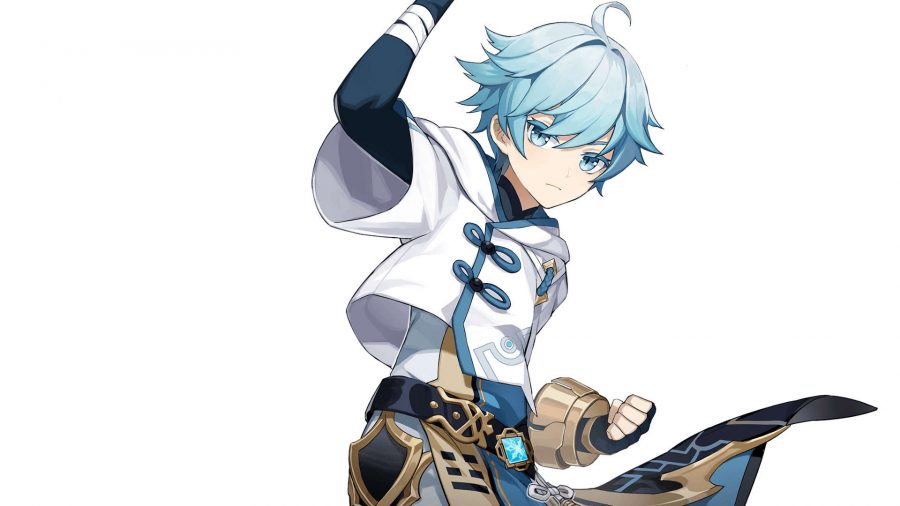 You might not think it to look at him, but Chongyun is actually a famous exorcist, and very capable of ridding the land of evil spirits. 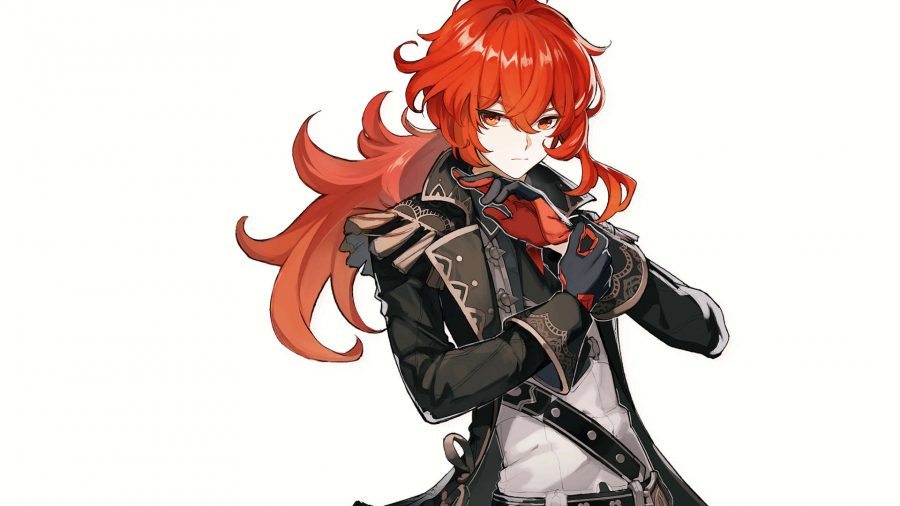 By day, he runs a business, but by night he’s a legendary hero. No, we’re not referring to Batman. We’re talking about Genshin Impact’s Diluc, who runs the Dawn Winery and is, secretly, the Darknight Hero. 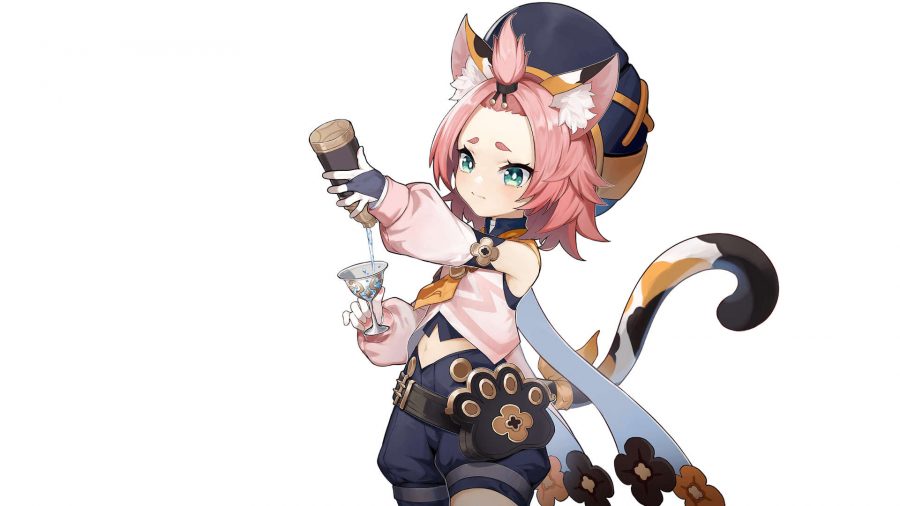 This bartender at the Cat’s Tail is curious, as she absolutely hates alcohol despite producing some of the best wine in the region. 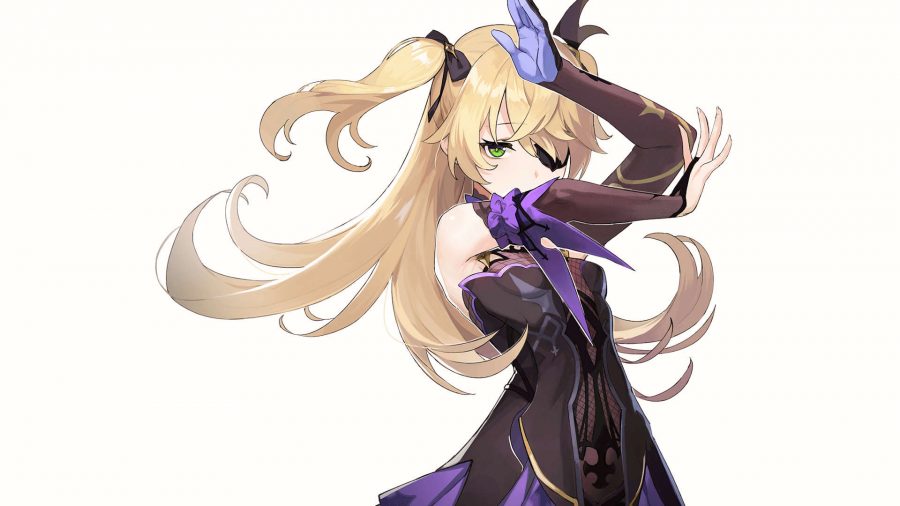 An investigator for the Adventurers’ Guild, Fischl is a bit of an odd character that travels with a night raven, Oz. 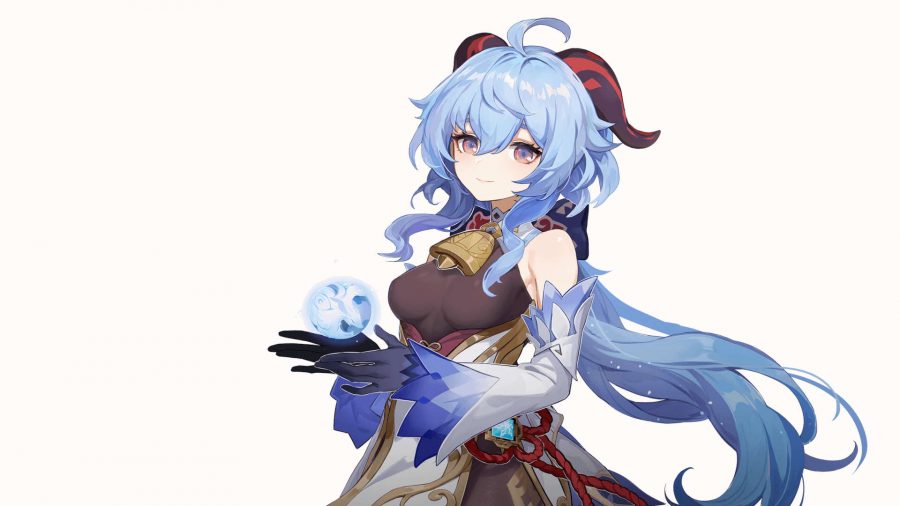 A half-human, half-Qilin hybrid. Ganyu is known for being quiet, graceful, and gentle. However, among friends, Ganyu’s true personality shines and she shows off her wild side. 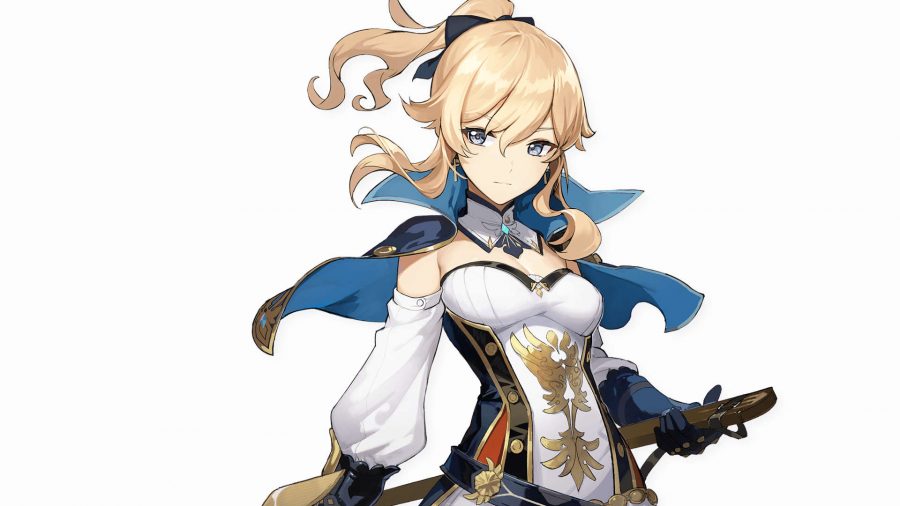 As Grandmasters of the Mondstadt Knights, Jean is a pretty big deal. She is confident, loyal, and tackles challenges head on. 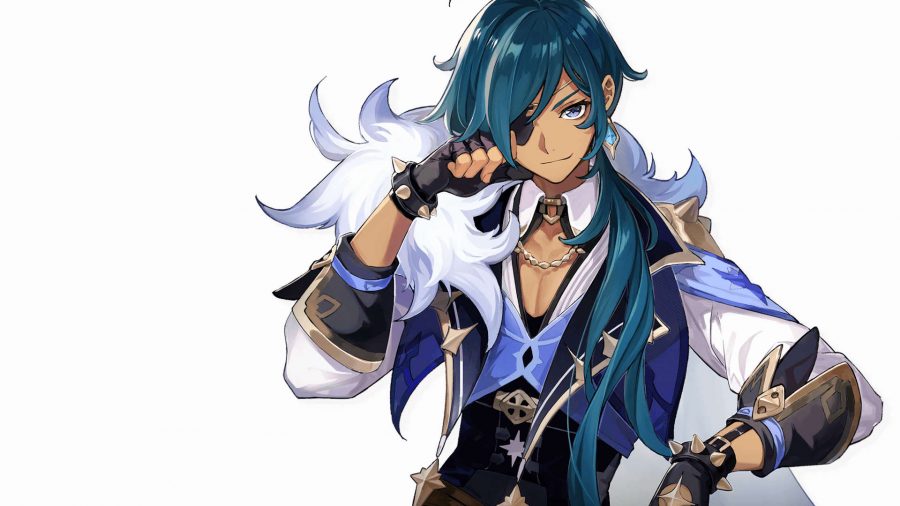 A trusted member of the Knights of Favonius, Kaeya is a powerful warrior in his own right. 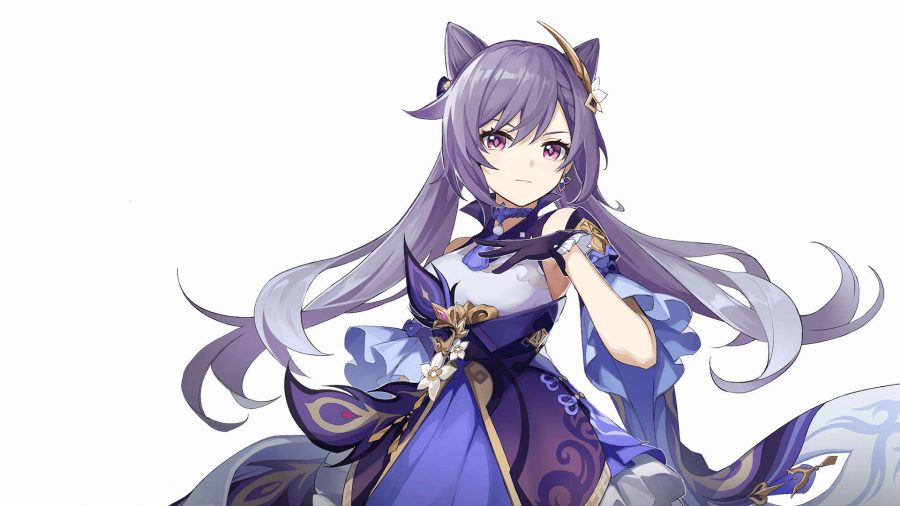 It’s safe to say that Keqing isn’t really a fan of the gods, preferring that humanity solve its own problems. 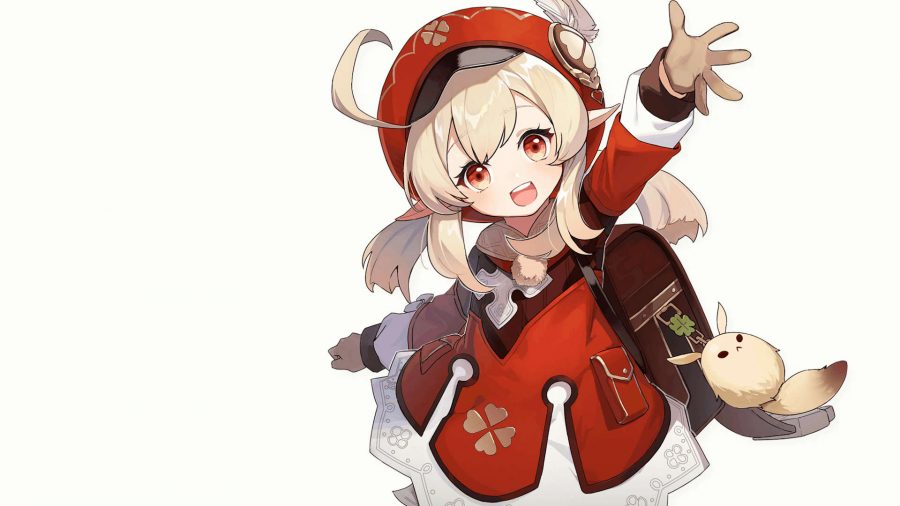 Absolutely explosive mad, is Klee, who goes so far as to refer to her bombs as treasure. What would she do without Jean to help her? 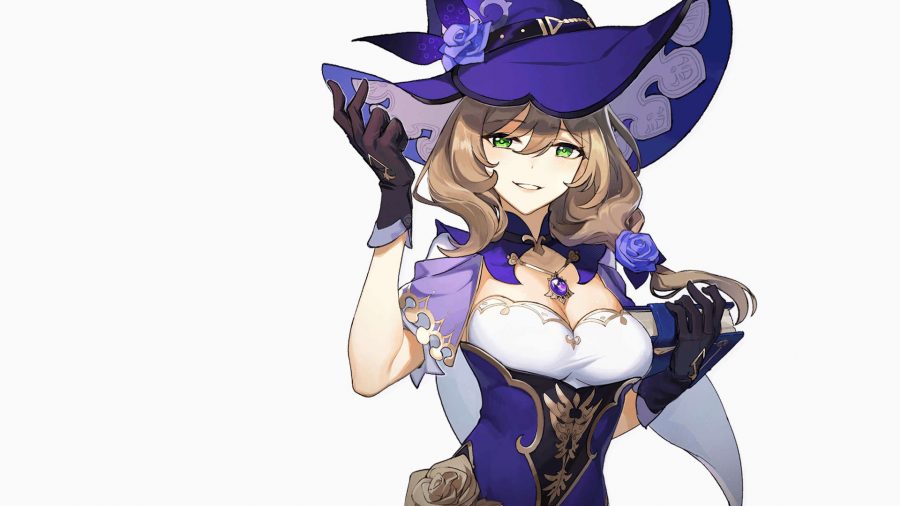 An intelligent witch that loves a nap, Lisa is the librarian for the Knights of Favonius.

An arrogant astrologer, Mona isn’t in it for the money. Which she should be, considering how much grief it causes her. 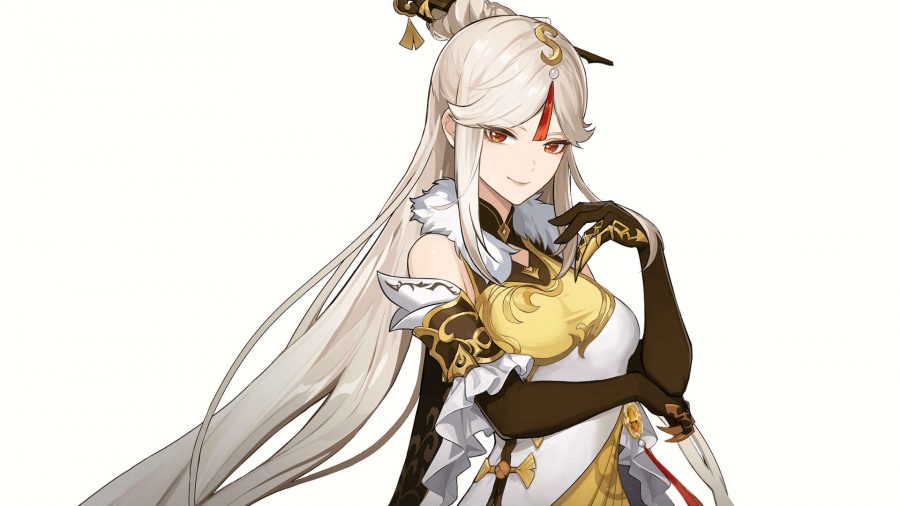 Living in the skies above Liyue, Ningguang owns the Jade Chamber. 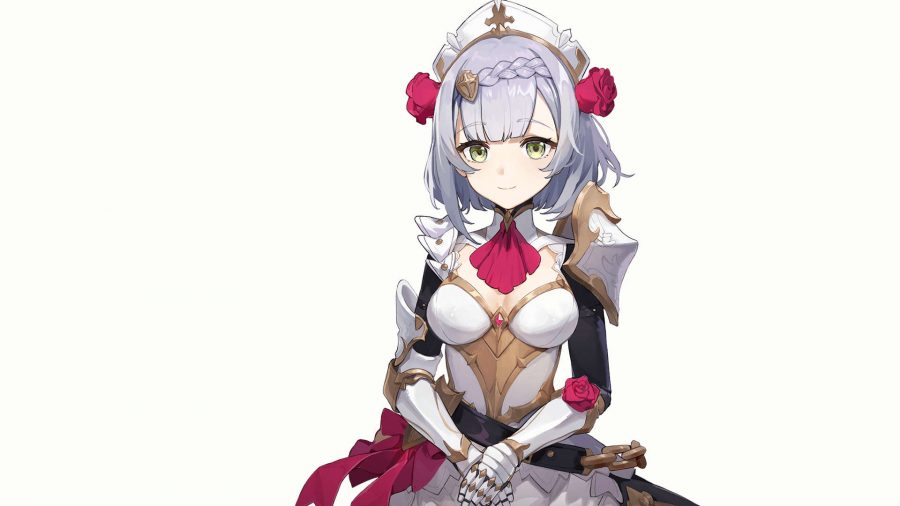 Though a maid for the Knights of Favonius, Noelle dreams of becoming a knight herself someday. 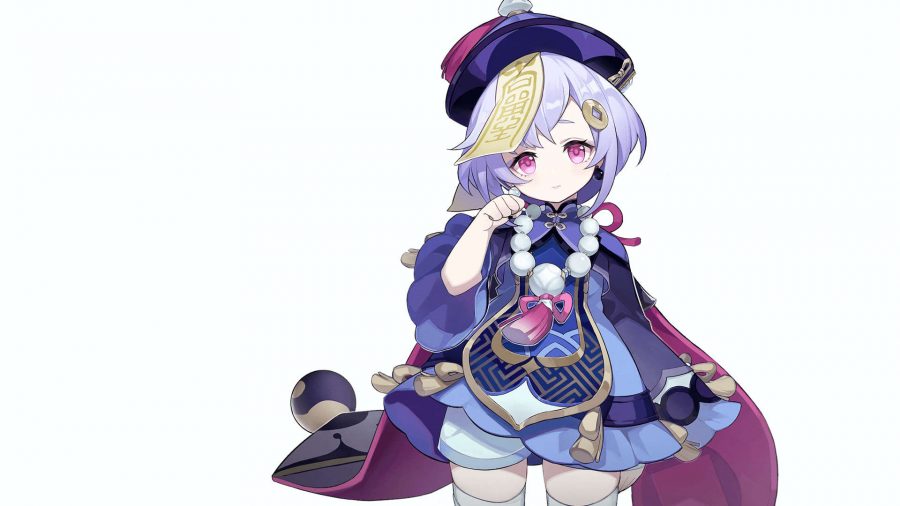 An alchemist that cannot die, Qiqi is very forgetful. That explains why she’s always whipping out that notebook. 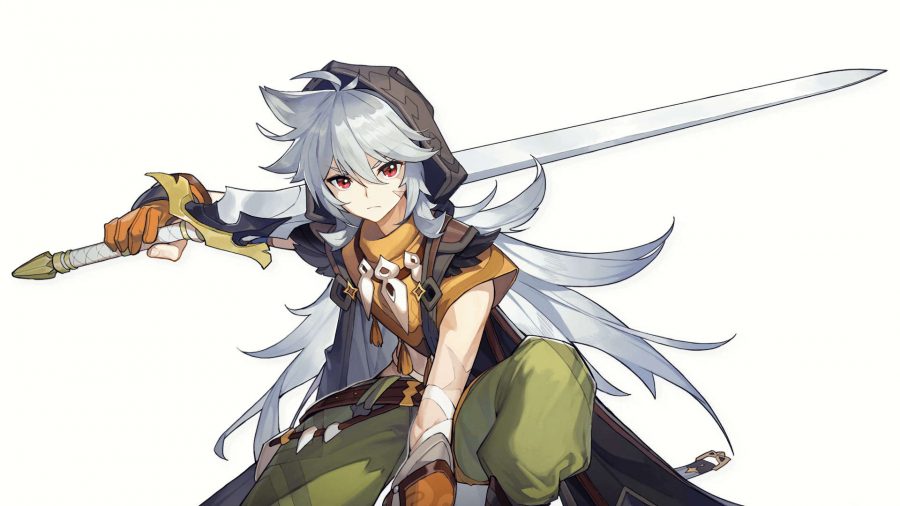 Growing up amongst wolves, Razor is more at home in the forest than cities. Having said that, he chooses to fight with a massive sword rather than his teeth and nails. That’s probably for the best. 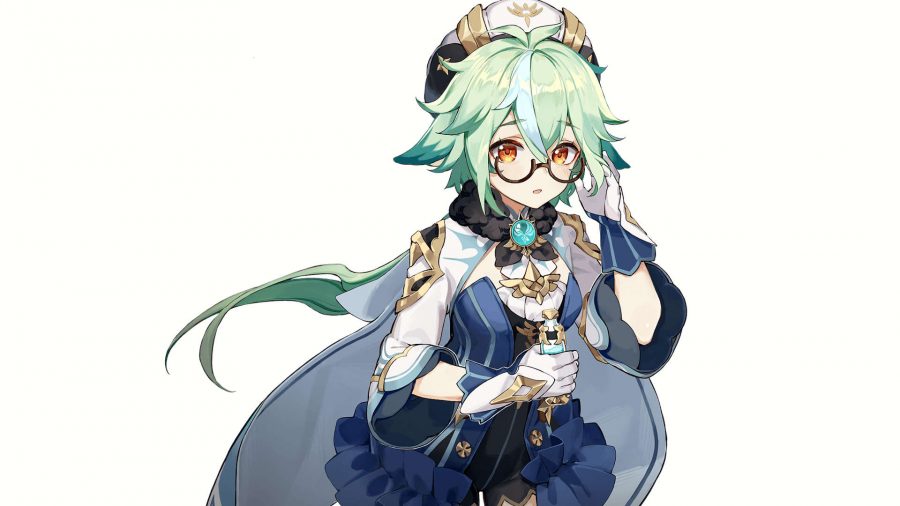 This alchemist wants to improve people’s lives with the power of alchemy, which is very admirable. 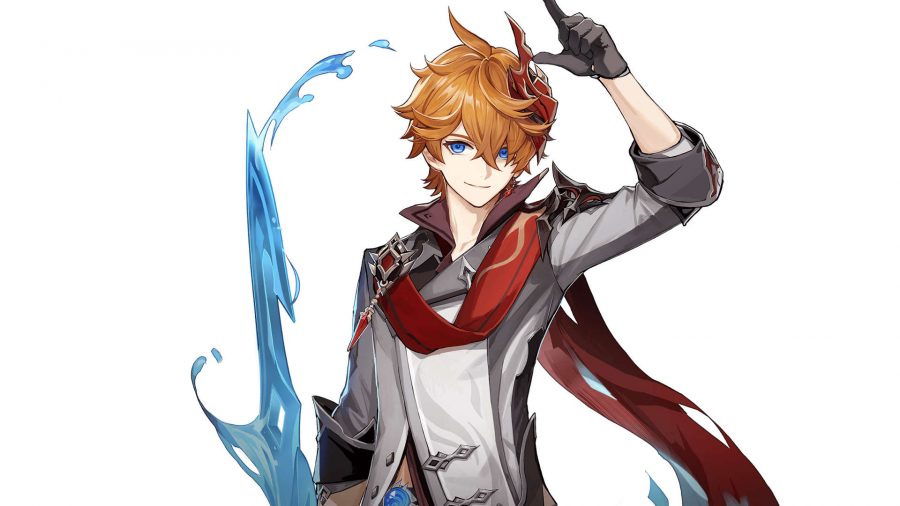 It’s unclear what motivates Tartaglia, who is a member of the Eleven Harbingers. Intriguingly, he fights with a bow as it’s the weapon that he’s weakest with, so who knows what power lurks within? 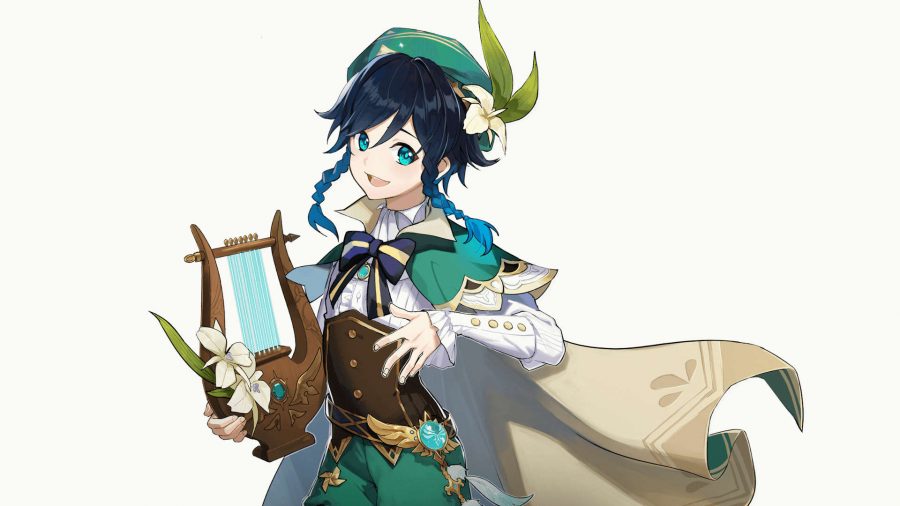 This bard can ride the very winds themselves into battle, which makes more sense when you realise he is actually the god, Barbatos. 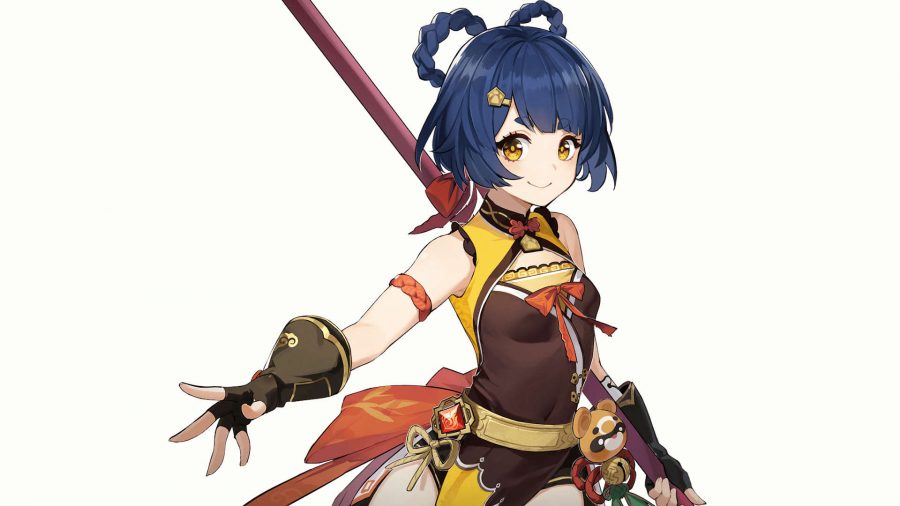 By day, the head chef of a prestigious restaurant and by night a powerful warrior that uses the power of flames to destroy her enemies. 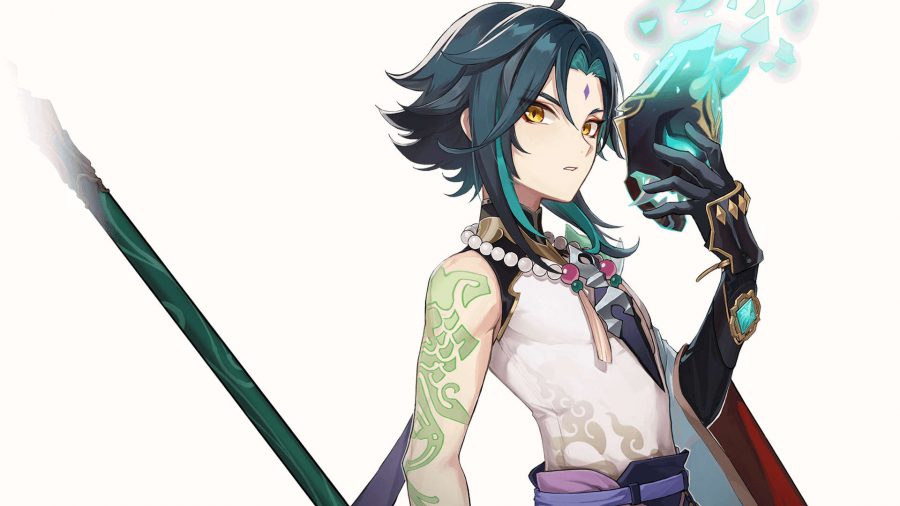 Despite looking like a young man, Xiao is actually an ancient guardian, potentially thousands of years old. 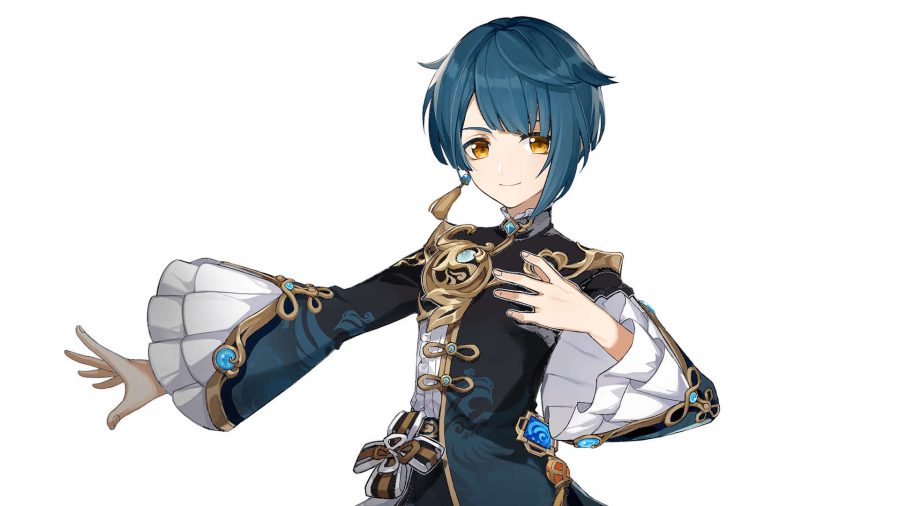 Merchant Xingqiu is well known in Liyue Harbor, due to being born into the Feiyun Commerce Guild. 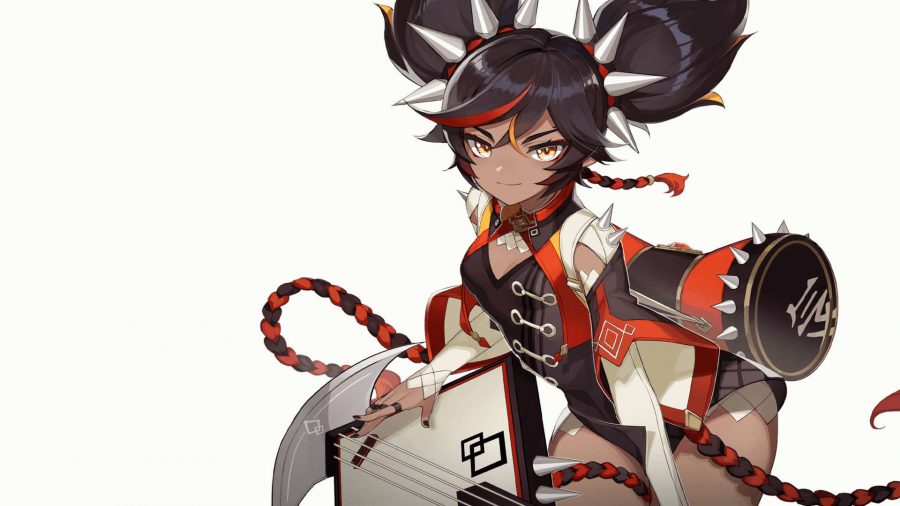 Liyue’s sole rock ‘n’ roll musician, Xinyan rebels from the social norm. Her music soothes the souls of the weary. 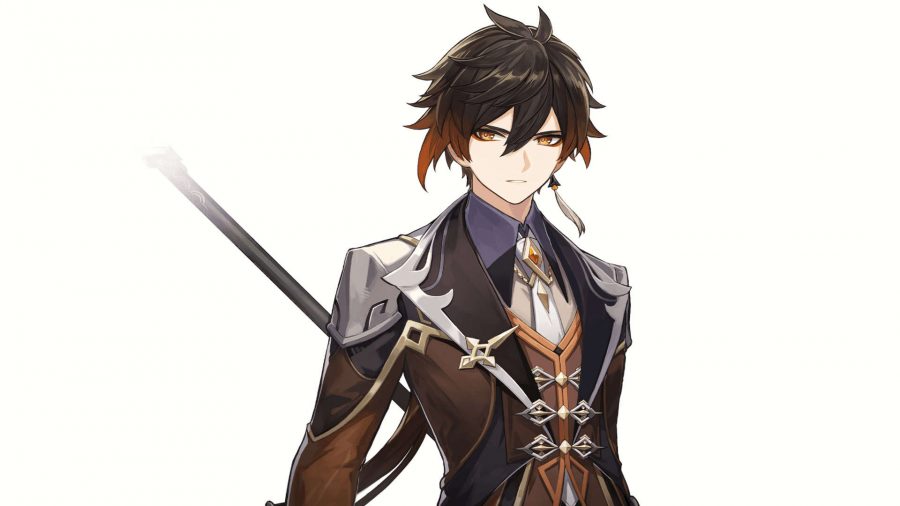 Wangsheng Funeral Parlor’s calm, reserved, and polite consultant. Zhongli is known to have bad spending habits, so should not be trusted with your mora.

how to reroll in Genshin Impact

Performing a Genshin Impact reroll is surprisingly easy. Here’s how to do it in steps: