Blitzcrank has one of the coolest names in League of Legends: Wild Rift. More than that, this hulking machine made of cogs, steam, and zip-zapping electricity is a versatile Dragon Lane support Champion who can move between different areas to help out and annoy in equal measure.

You’re going to need to play aggressively to succeed with Blitzcrank, throwing your lot in with the Mid Lane and Jungler Champions from time to time, roaming around and killing to mess with the plans of the opposing team. You’ll need to have some confidence in your skillshots as well. And make sure that you’re always around another Champion, as Blitzcrank works best when he’s paired up with someone else. He’s a support Champion, after all.

Blitzcrank gains a shield when his HP drops below a certain level. That shield lasts for ten seconds, which makes it pretty useful. It’s worth being aggressive when your Mana Barrier is ready because it can give you an edge in team fights.

That said, there is a pretty big cooldown on Mana Barrier, so make sure it’s charged and ready before you wade into the fray – or you could find yourself in real trouble.

This move sees you firing out your right hand, grabbing the first enemy you hit, and dragging them towards you. You can use this to really annoy the enemy Jungler by grabbing the monster they’re trying to farm.

Try to cast Rocket Grab when you’re invisible to the enemy in the fog of war or a bush, as it’s much more likely to hit that way. The enemy you hit will take magical damage and be stunned for a while.

Overdrive gives Blitzcrank a boost to his movement speed and attack speed for a short time. Afterwards, your speed will take a temporary hit. You can use Overdrive to catch up with enemy Champions or get to clashes and objectives much quicker.

This makes your next attack critical and performs a knock up. You can use it to initiate or keep an opponent in place after performing a Rocket Grab.

Power Fist is also an Auto Attack reset, so you can sandwich it between two AAs to perform a really powerful combo.

Blitzcrank’s Ultimate delivers a large AoE attack that deals magic damage and silences any opponents caught in it. It’s a quick cast, and it has a pretty short cooldown as well, making it a very versatile attack.

When Stasis Field isn’t in cooldown, it grants a passive that marks anyone hit by Blitzcrank’s attacks. Marked opponents take more magical and electrical damage when they’re hit by Static Field. 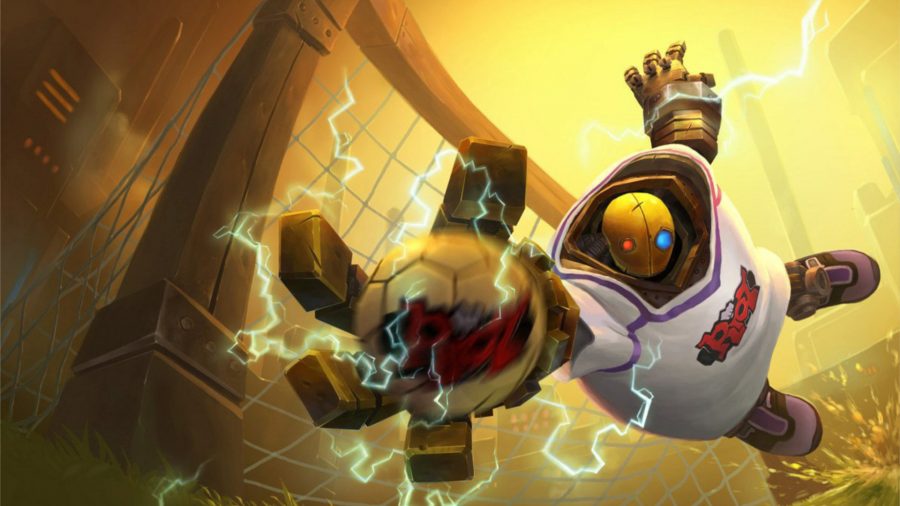 The movement speed these grant you is super helpful, as you’re going to be roaming around a lot. The passive that negates some of the effects of Slow is also handy when it comes to regaining some of your lost speed at the end of Overdrive.

This boosts your movement speed and adds the Momentum passive that gives you extra damage the more you move. Melee attacks that unleash the max Momentum stack will Slow your opponents for one second.

You’ll get boosts in a bunch of stats, but you’ll also get the Harbinger passive that boosts your Ultimate nicely, since you’ll be using it a lot.

This item’s passive gives you and a nearby ally a Shield when you take some damage.

Champions take extra magical damage, and the Eternity passive swaps around your Mana and HP in some smart ways.

Adds a tanky element to your build thanks to the Armour passive that reduces crit damage and the Cold Steel passive that slows down any enemies who attack you.

What are the best Runes for Blitzcrank?

This gives you extra damage and a burst of damage around you when you immobilize any Champions. Thankfully, you’re going to be doing that a lot.

This rune synergises nicely with your CC abilities by inflicting 5% more damage on any enemies unlucky enough to get hit by it.

Not only does this give you more HP, it also negates some of the Slow that you accrue when you cast Overdrive.

Helps with roaming by speeding you up when you’re in the jungle, bushes, or river. 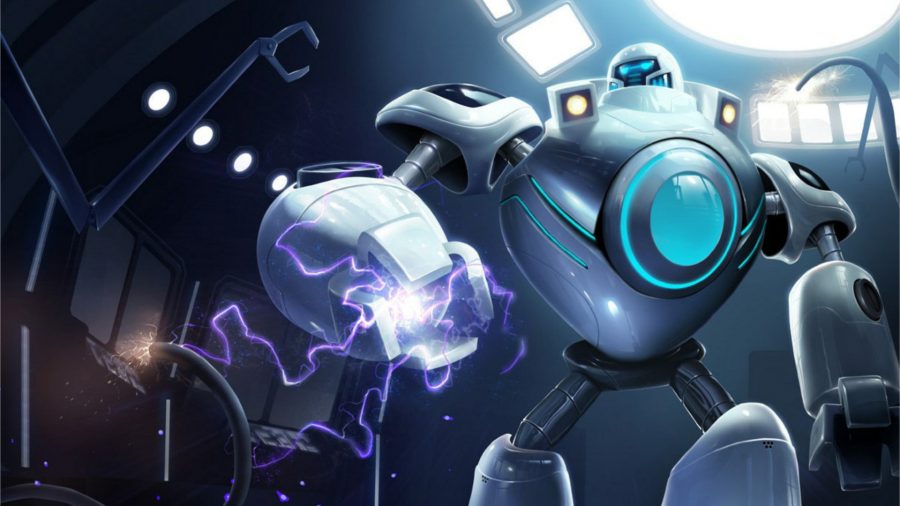 What are the best Spells for Blitzcrank?

You’re going to be playing aggressively as Blitzcrank, and adding this to your combos will boost their damage considerably.

This combines well with Rocket Grab for some creative offensive possibilities. Plus, you can use it to scarper if you overextend yourself.

You’re surely now an expert in all things Blitzcrank, meaning it’s time to check out some of our other build guides for the likes of Wild Rift’s Irelia, Wild Rift’s Zed, Wild Rift’s Orianna, and Wild Rift’s Lucian. If it’s a definitive ranking of every Champion you’re after, best give our League of Legends: Wild Rift tier list a quick gander.