Jhin is a psychopath with a penchant for murdering people in a variety of awful, long-ranged ways. He’s a Marksman Champion in League of Legends: Wild Rift who you’ll often find in the Dragon Lane shooting everything that moves.

Jhin has a longer range than most of the other Champions, meaning you can sometimes take down your foes before they’ve had a chance to get close enough to lay a finger on you. He’s also super immobile, and he has to use traps to make sure no one pushes him into a corner. What we’re saying is that Jhin definitely isn’t the sort of Champion you can just pick up and play. You’re going to have to learn how he works.

And that’s where our League of Legends: Wild Rift Jhin build guide comes in. It’s packed full of all of the information that you’re going to need to get a headstart on ruling the battlefield with Jhin. We’ll walk you through all of his moves, as well as highlighting the choices you need to make when it comes to the gear, runes, and spells you should pick.

Unlike other characters, Jhin can fire four auto-attacks before he needs to reload. When he’s run out of ammo, it’ll take 2.5 seconds to pack bullets back into his gun. He’ll also reload if he’s not attacking or using Abilities for ten seconds.

The fourth bullet in Jhin’s gun is always a critical strike and does more damage based on how much health the target has lost. All critical hits also increase Jhin’s movement speed. You can even postpone the reload to keep the fourth shot in your chamber ready for the start of a fight.

The reload animation might feel like it’s taking a lot of time, but you can cast abilities while it’s happening and still complete the reload.

Dancing Grenade bounces between enemies, dealing more damage when it kills its previous target. The killing can actually be done by any other attack – yours or your teammate’s – it just has to happen while the grenade is bouncing.

It’s tough to get the timing of Dancing Grenade just right, but when you do you’re going to find it one of the most useful attacks that Jhin has to offer.

Deadly Flourish is a long-ranged attack that passes through any minions it hits, dealing 75% damage, and stops on the first Champion it hits, dealing 100% damage. If the Champion has taken damage or been slowed by Jhin, or damaged by an allied Champion, they’ll be rooted as well.

There are loads of applications for Deadly Flourish, both offensively and defensively, and mastering them all is the key to mastering the character.

This is a trap move that slows and then damages any opponent who walks over it. It also grants vision, and if it kills an enemy it’ll trigger another trap on top of their corpse. You need to use traps to protect yourself when you’re laning because you simply don’t have the mobility to escape.

This is Jhin’s Ultimate. It gives you a bird’s-eye view of the area, then lets you blast out a whole bunch of bullets over a short amount of time. The bullet reveals the area it travels through and damages and slows the first Champion it hits.

There’s a small AoE when the bullet hits, and it’ll deal more damage to Champions with lower health. You can use Curtain Call to start fights or execute Champions when they’re running away. 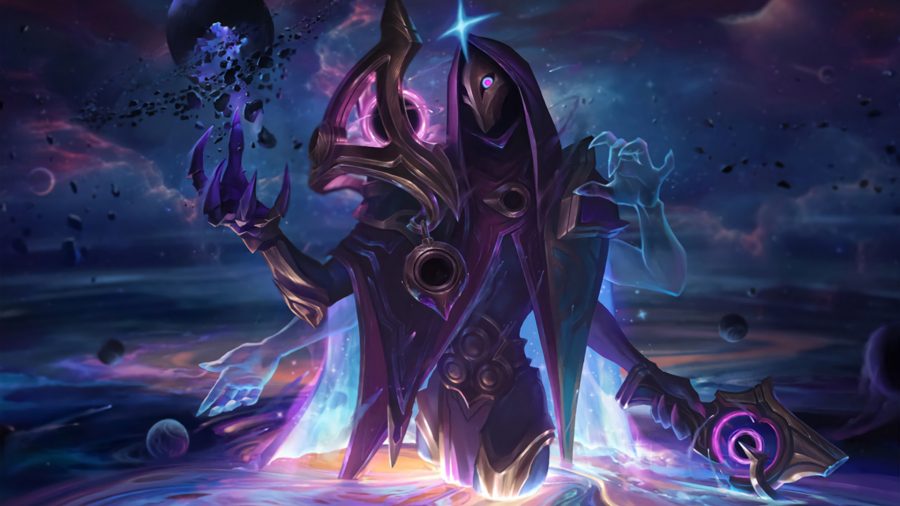 This boosts your critical attack damage, and since the fourth bullet in Jhin’s gun always crits, as does the fourth shot of his Curtain call, it’s a bit of a no-brainer.

The extra damage from this pairs really well with Dancing Grenade and Deadly Flourish.

These add the most movement speed of any of the boot items, and that’s going to help when you need to kite.

This one’s going to increase your range, which makes you even more powerful when you’re taking on Champions.

The Lifeline passive, which gives you a shield when your HP drops below a certain level, will help out when you get into trouble.

This gives you a bunch of extra armour penetration, as well as the Grievous Wounds passive.

What are the best Runes for Jhin?

The short bursts of movement speed are going to come in really handy when you’re trying to kite enemies.

This increases Jhin’s AD as the game progresses, making him deadlier in the late game.

This gives you an HP boost and ups your slow resistance as well.

This one helps you stick around for longer by upping the HP you receive from eating honeyfruits. You’ll also get a gold boost to boot. 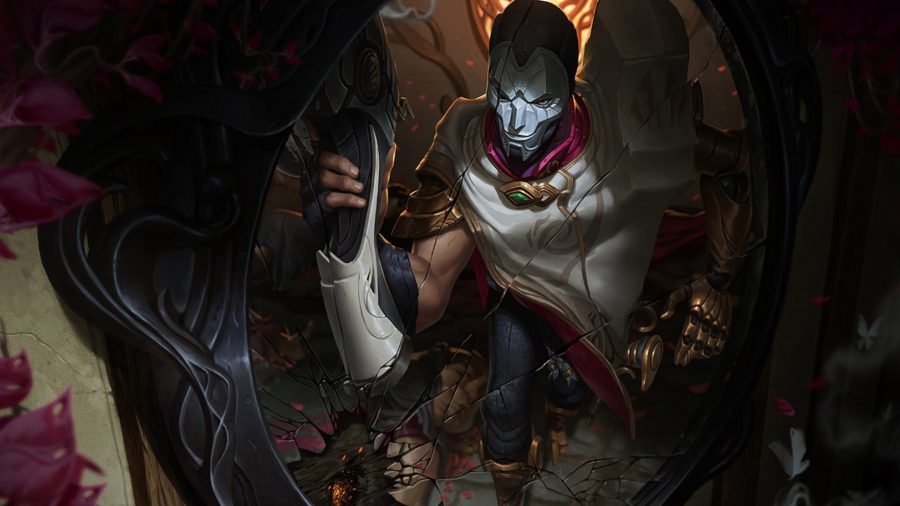 What are the best Spells for Jhin?

This is super useful for the Marksman because it also heals their partner in the Dragon Lane.

This helps you out with some of Jhin’s mobility problems. You’re definitely going to need it when you get into sticky situations.