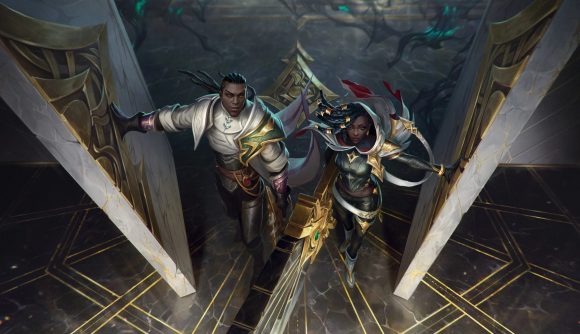 Wow, what a great time to not only be a Riot Games fan, but an Xbox player too, as thanks to the Xbox and Bethesda showcase at Summer Game Fest, we know that Riot’s library of games is coming to Xbox Game Pass, and yes, this includes the company’s mobile offerings too.

You read that right. Thanks to the Riot Games Game Pass collaboration, League of Legends: Wild Rift, Teamfight Tactics, and Legends of Runeterra are on their way to the subscription service. Yes, we can hear your non-verbal question, ‘but what does this matter when those games are free to play anyway?’ Well, the simple answer is the goodies that come with it.

If you play these games through Xbox Game Pass, not only do you have access to the titles, but in Wild Rift, you immediately have access to every single character on the roster – no need to wait to see who’s part of the free to play rotations anymore. As for TFT, you can select little legends, and you get the foundations set in Legends of Runeterra.

When does the Riot Games Game Pass collaboration begin?

There’s no set date for when the games hit the service, but according to the official announcement, “Riot’s biggest titles are coming to Game Pass this winter.”

Alternatively, our lists of the best iPhone games and best Android games are the place to be if you want a range of titles to play.