If you fancy being a hero, Marvel Future Revolution is the game for you. Except, there’s no easing into this hero gig. No, you’re thrown in at the deep end. Even veteran good guys may struggle with the task at hand. You’re not saving just one earth – which is a typical day for the average avenger – instead, you and your pals must save the entire multiverse. That’s an infinite number of earths and civilians that need your help. Fortunately, this isn’t a solo mission, as Marvel Future Revolution features a number of heroes. One of which happens to be undervalued, or at least he was until recent years.

Our Marvel Future Revolution Doctor Strange guide aims to give you advice on the best build for this hero, including what omega cards and battle badges to equip, as well as diving into which specialisations and skills are worth considering. Oh, and of course, we let you know which costumes you should use, because no Marvel game is complete without a fabulous wardrobe full of suits.

Before you can even think about specialisations, you need to reach level 70 with Doctor Strange. How quickly you manage this is down to you. If you focus solely on Steven Strange, it shouldn’t take you too long to hit the mark. However, if you prefer to use several heroes, it’s going to take longer to hit that pivotal level.

As with all heroes, you can select four specialisations for the doc, across three different categories. His are as follows:

We recommend equipping the following:

Every hero has an ultimate ability. An attack that causes massive damage devastates opponents and changes the tide of battle in your favour. So it’s only natural that you’ll want to use this manoeuvre as much as possible, and fortunately for you, Doctor Strange’s wind of truth specialisation does just that. So long as you equip a touch of the vishanti class skill, you get a 25% boost to ultimate skill recovery.

This specialisation causes you to dish out an additional 25% damage, as well as decreasing the cooldown time of skills by 15%. As far as specialisations go, this is just what the doctor ordered.

When a hero is as capable of inflicting debuffs as Doctor Strange, it’s silly not to take advantage of it. Therefore, we strongly suggest picking shifting sands as a specialisation as it increases the duration of your debuffs by 30%.

The previous specialisation increases how long your debuffs last for, well, this one cuts down the amount of time debuffs affect you by 37.5%, so long as you equip three touch of the vishanti class skills.

If you happen to choose multiple skills from the mystic arts class, you might want to consider cruel choice, as it increases the damage output of those abilities by 20%. 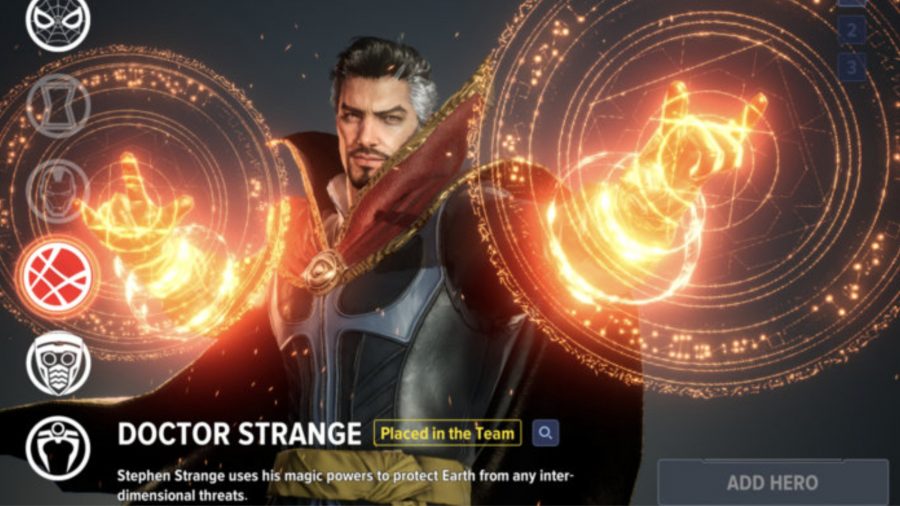 You have plenty of options when it comes to Doctor Strange’s skill set. He has 32 abilities spread across a range of categories that tie into his magical capabilities.

We suggest the following:

Doctor Strange creates an illusion of himself to confuse the opposition, which also causes 253% of continuous damage.

This skill is handy as not only does it snare the enemy, but it also deals 115% damage.

This causes Doctor Strange to deal 911% damage to a single enemy – it’s total annihilation. We almost feel sorry for anyone on the receiving end of this skill.

Ah, the good book, this skill is beneficial to you and your allies as it decreases the cooldown time of all your skills.

Anybody that’s played a Marvel game is more than aware that suits aren’t just there to make a fashion statement – though we can’t deny it feels nice to turn heads when we walk down the street.

Outfits play a pivotal role in your success when embarking on missions. Each costume has its own set of stats, some of which will be of more use than others, depending on which direction you go in with your build.

We suggest the following outfits:

If you have read our other Marvel Future Revolution build guides, you’ll likely recognise a pattern when it comes to which battle badges you should use. Well, we’re keeping to the theme and strongly suggest that you and Doctor Strange go for the lord of the desert badge due to the impressive damage output it provides you with.

Or, if you have a competitive streak and want in on some PvP action, we recommend equipping the omega war battle badge. 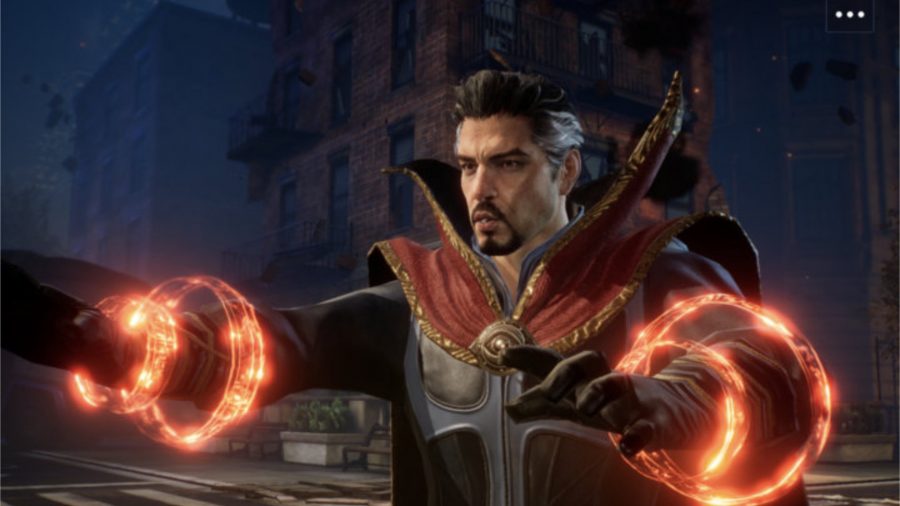 Steven Strange is similar to Tony Stark in that he’s brilliant, and he knows it. Therefore, he probably thinks he’s already achieved his potential, but he hasn’t, you can help him get there. Fortunately, when it comes to potential in Marvel Future Revolution, you’re not forced to choose between different stats. Rather you can unlock them all should you have adequate resources.

Picking the right omega cards can be the difference between victory and defeat, so make sure you consider what build you’re aiming for, and which stats may best suit your playstyle.

We recommend the following set:

And that’s everything you need to know about Marvel Future Revolution’s Doctor Strange. If the pressures of saving the multiverse are getting to you and you need a break, go and check out our picks for the best iOS games and best Android games here.