Not only is Iron Man arguably the face of modern Marvel, but he’s also a damned good hero in Netmarble’s latest mobile MMORPG. Marvel Future Revolution’s Iron Man is sort of a jack-of-all-trades hero, as opposed to specialising in a specific area, so he handles all content with the ease with which you’d expect from Rob… err, Tony Stark.

That means he can take a hit, dish one back, and stand his ground in PVP. He might not top the leaderboards (all though that entirely depends on the opposition) but he will prove competent at anything, and a pleasure to play to boot. Especially if you follow our Marvel Future Revolution Iron Man build, detailed in this very guide.

First things first, there’s no need to even think about Iron Man’s specialisations until you’re at least level 70, as that’s when specialisations unlock. If you’re a one hero kind of person, you should hit the threshold quite quickly. If you prefer to play the field, it’s going to take a bit longer, depending on how many heroes you have on the go.

Overall, you can select four specialisations that are spread across three different categories:

While we will give our recommendations on which specialisations to select, we recommend heading over to YouTube and watching TonyBingGaming’s beginners video on Iron Man. He teaches you everything you need to know about Tony Stark.

Okay, onto our picks for Iron Man’s specialisations

Bring the pain to any and all supervillains with artificial analysis. This specialisation increases your damage output to supervillains by 30% for eight seconds each time you use a skill from the weapon cartridges class.

The more Iron Man can use his skills, the more damage he can dish out. With that in mind, we recommend selecting algorithm improvement as it gives a 25% reduction in cooldown time for skills when you use a J.A.R.V.I.S class skill.

There’s nothing quite like kicking an enemy that’s already down. Stomp on them, make them respect your authority. That’s exactly what this specialisation does as Iron Man’s armour penetration increases by 30% against enemies that are at 50% health or less.

This specialisation pairs quite nicely with artificial analysis. By equipping electric current, the duration of debuffs dealt to enemies increases by 40%, and given Iron Man has plenty of skills that can cause burn, we strongly recommend this specialisation.

Can you smell blood in the water? Weakness analysis allows you to deal an additional 30% damage to foes that are bleeding or burning. 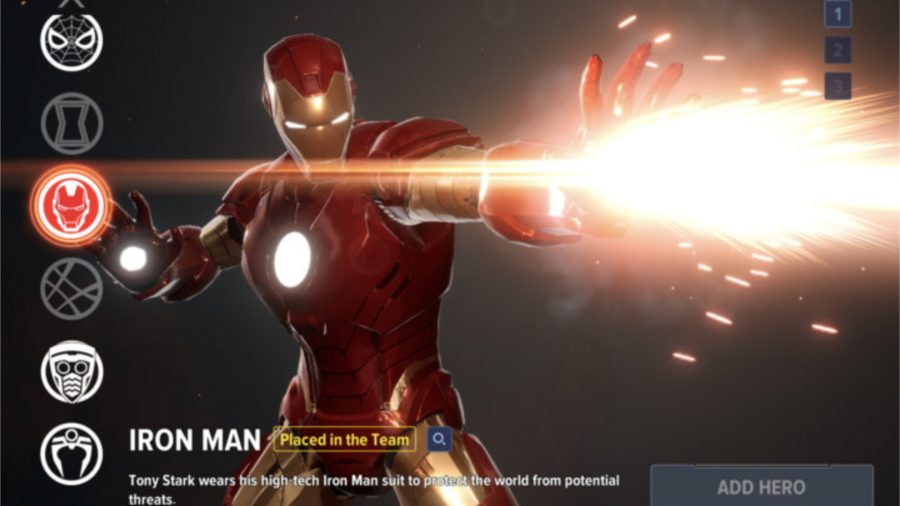 Every hero in Marvel Future Revolution has 32 skills to choose from across a range of classes. Some favour Stark’s ever-faithful A.I. J.A.R.V.I.S, while others rely on his impressive suit tech or various gadgets.

Given each battle can pose different challenges, we suggest covering all bases, at least until you and Tony find your footing.

Good old J.A.R.V.I.S really does have your back. This skill not only provides a 36.22% increase to attack damage for ten seconds, but it also causes 139% damage to all nearby enemies.

Remember when we said that Iron Man has plenty of burn inducing skills? Well, here’s one of them. Micromissles inflict burn as soon as the skill lands, though the napalm bomb Iron Man throws also causes 219% flame damage. Just bear in mind that you do take an additional 20% damage for six seconds after using this ability.

Time to puff that chest out like the hard guy you are. Iron Man shoots a beam forward, causing knockback and dealing 1,783% damage to any foe that gets in his way.

Yet another skill that leaves the enemy with their pants on fire, extra firepower, not only causes burn upon impact, it creates distance between you and the enemy while also unleashing an incendiary bomb that generates 278% damage.

This is a hard-hitting attack that causes 630% damage to those that it hits, as well as knocking them down. Oh, and you get to remotely control two Iron Man suits for as long as this skill lasts – because one Iron Man isn’t enough.

Yes, throwing bombs, using additional suits, and being an all-around tech badass is fun, but sometimes you just have to get stuck in. If, like us, you prefer an up-close and personal approach, you should consider the arc gauntlets. This skill deals 314% damage and knocks down any enemy you hit.

If there’s one hero that understands how important a suit is, it’s Tony Stark. He can’t be Iron Man without the costume. Literally, he has no powers to speak off. Everything comes down to his impressive tech and snazzy outfit. Mind you, if charisma and cockiness was a superpower, he’d be unstoppable.

Of course, as with any Marvel game, there are plenty of costumes for you to choose from. Some are easier to come across than others, but all of them offer special boosts. So, as much fun as it is to consider fashion, you might want to think about what stats are vital to your build.

Personally, we recommend the following suits: 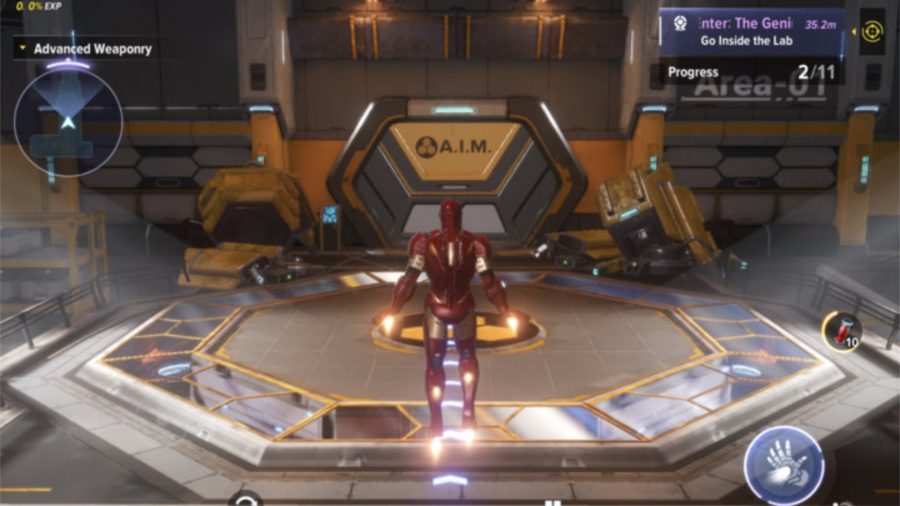 If you’ve read our various other Marvel Future Revolution build guides, you’re likely familiar with the lord of the desert badge, and with good reason. It’s by far the most beneficial badge for any hero to equip. This battle badge gives a hefty boost to attack, and let’s face it, who doesn’t like dishing out a can of whoop-ass.

Or, if you’re thinking of heading into PvP, you should consider the omega war battle badge.

As with all Marvel Future Revolution heroes, Iron Man has four categories when it comes to his potential. Thankfully, you’re not forced to choose between them. Rather it comes down to what resources you have available. So, in theory, you can unlock all of Iron Man’s potential – though if you asked him, he’d probably tell you he’s already reached it. He’s modest like that.

Okay, so you’re not saving the multiverse without the correct omega cards equipped. It’s like a game of poker, except if you lose, you don’t just lose some chips. You lose people’s lives. So, you know, no pressure in getting your hand right.

There are many sets to choose from, all of which need at least two for partial completion. We recommend the following for Iron Man:

And there you have it, our recommended Marvel Future Revolution Iron Man build. If you need a break from this hero thing, go and check out our lists of the best iOS games and best Android games here.