How to play Minecraft: Pocket Edition on PC | Pocket Tactics

Wait, where are you going? We haven’t even told you how yet. Jeez. It’s all made possible thanks to third-party software, like BlueStacks, a platform that makes playing mobile games on PC an absolute breeze. It also includes some nifty features, like including keyboard and mouse support, the ability to play multiple games at once, and higher FPS.

In this guide, we’re going to detail exactly how you can play the mobile version of Minecraft on your PC, using BlueStacks, and how to make the most of it. That means you can build your creations on the big screen and carry on playing on the small screen when out and about.

Use the handy links below to help you get to the section of the guide that you’re most interested in:

What is Minecraft: Pocket Edition?

Minecraft: Pocket Edition is the mobile version of Minecraft, though it no longer goes by that name in the mobile app stores. In terms of features, it’s practically an identical experience to the version on PC and console, though with a few distinct differences:

How to play Minecraft: Pocket Edition on PC

How does Minecraft: Pocket Edition differ on PC?

BlueStacks has various different features you can utilise while playing on PC, but not all of them are available in each individual game. Here’s what you can expect from Minecraft in BlueStacks: 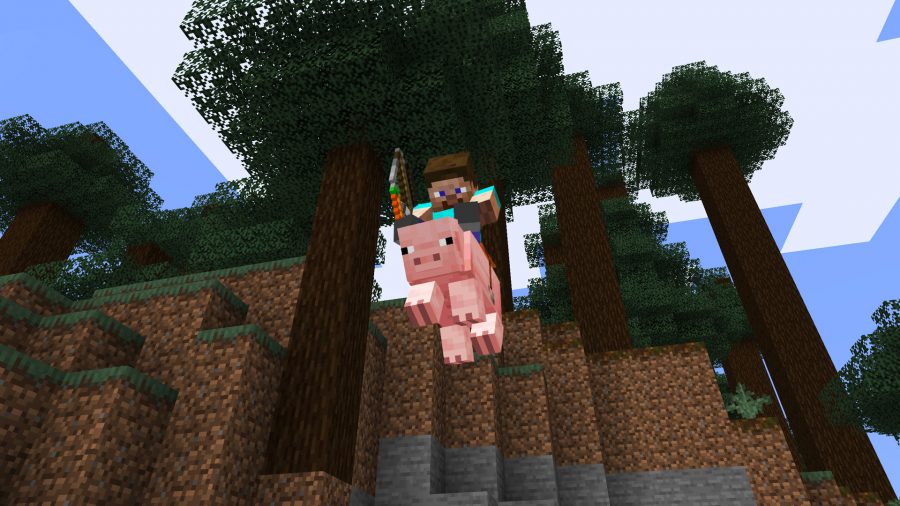 And there we have it: that’s how you can play Minecraft: Pocket Edition on your PC. Have fun!

View
View
iOS on a budget? This is the iPad for you

View
View
Get your Android gaming on in style

Read More
How to get Minecraft: Pocket Edition on PC
The best mobile MMORPGs