Ah, the good old Pokémon BDSP underground, full of fine treasures and cute critters to snag. Who doesn’t want to get on their spelunking kit and go hunting for treasures from the deep? Well, luckily, Pokémon Brilliant Diamond and Shining Pearl hasn’t just brought back the underground from the original game, but has also given it a major upgrade.

Secret bases, magical statues, cheeky little Diglett, heaps of special items, and more Pokémon than you can shake a Pokéball at await you in the depths of the Grand Underground, and we’re here to help you on your way. With the help of our Pokémon BDSP underground guide, you’ll find out how to unlock the underground and get digging, as well as what treasures you can find.

Everything in our POKÉMON BDSP UNDERGROUND Guide

How to unlock Pokémon BDSP underground

The first thing you need to do to unlock the Grand Underground in Pokémon BDSP is talk to the Underground Man – who, funnily enough, isn’t underground at all. Head to Eterna City and visit the house to the right of the Pokémon Centre to find him.

After you have a chat with him, he’ll give you an Explorer Kit, and run through a quick tutorial on how to use it. Then, the Grand Underground is yours to explore.

The Grand underground is larger than the original Underground in Pokémon Diamond and Pearl, and is separated into six different areas. Each area can be accessed through various points in Sinnoh using the Explorer Kit. Here are each of the maps, their locations, and what sub areas they contain. 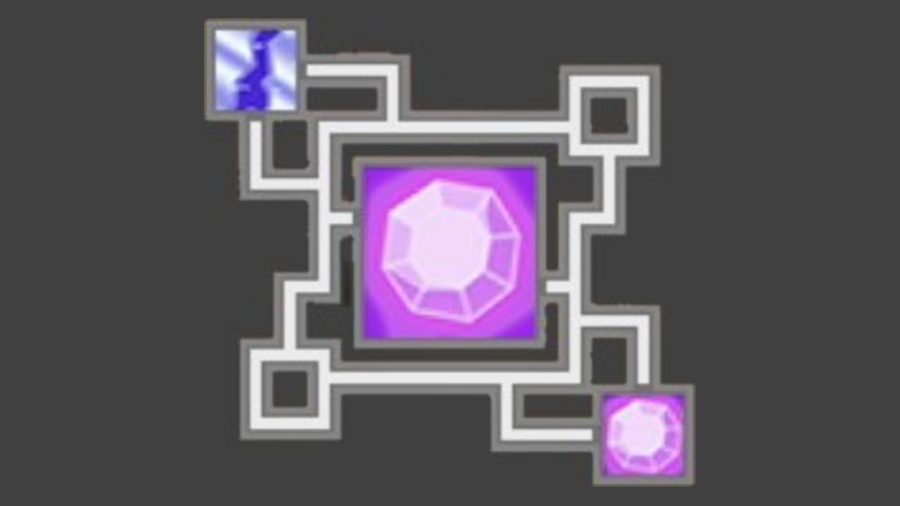 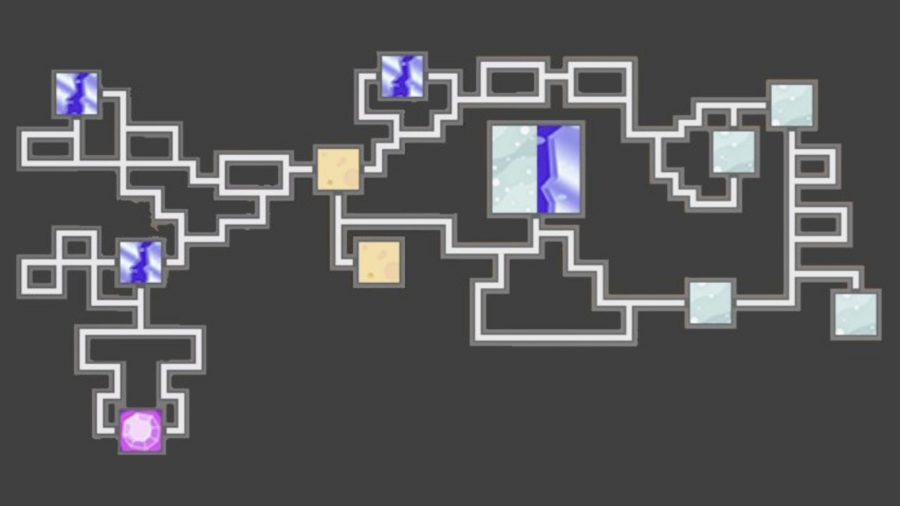 Found in Snowpoint City and its adjoining routes and on Fullmoon Island, this map contains: 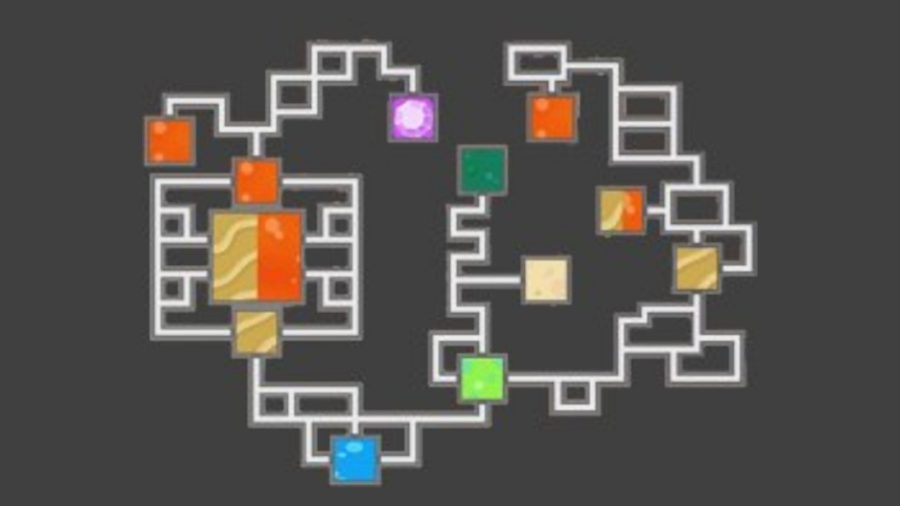 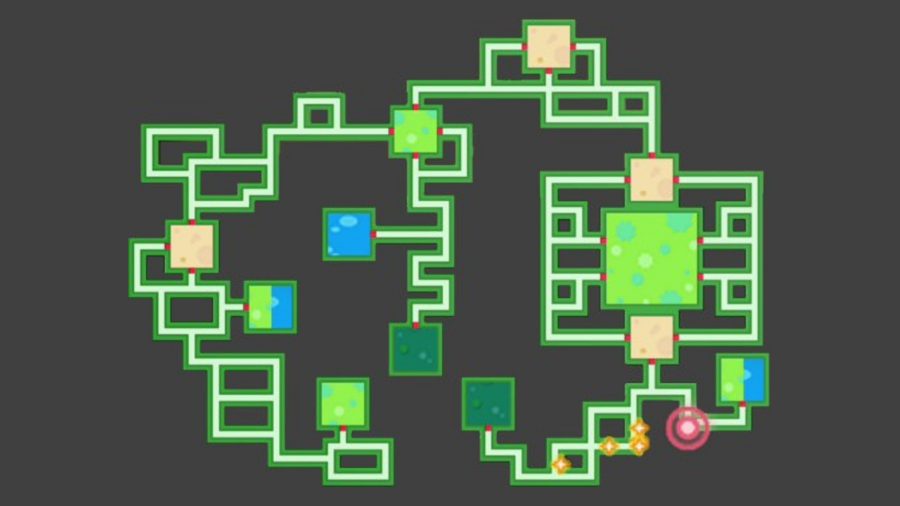 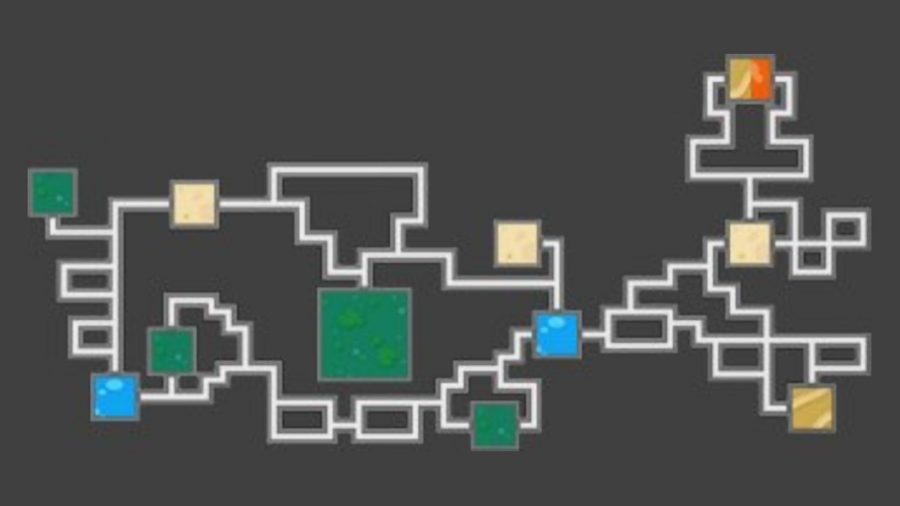 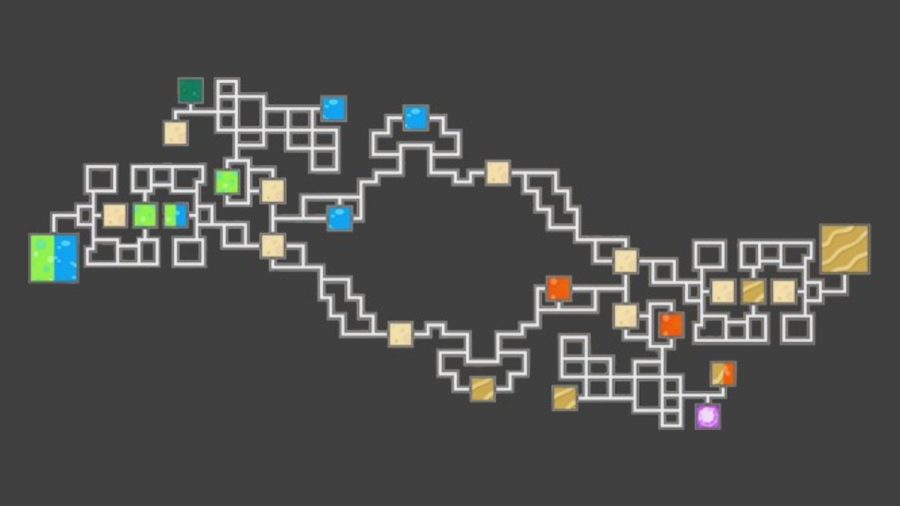 If you enter the Grand Underground anywhere else, you will get to the above map, which contains: 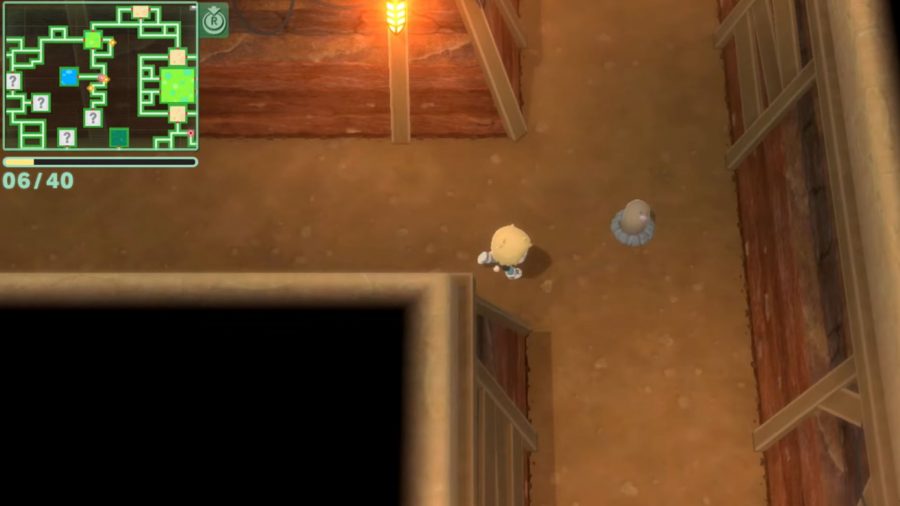 A fun new mechanic introduced in the Pokémon BDSP underground is the Diglett feature. As you traverse the tunnels, you’ll occasionally come across Diglett and Dugtrio at junctions and corners. They’ll run away when you spot them, leaving energy behind – Diglett leave one point, and Dugtrio leaves three points.

If you manage to gather 40 points in one Underground session, you’ll bag yourself a neat buff for four minutes, this increases your chances of encountering a shiny Pokémon. The shiny Pokémon encounter rate goes up from one in 4096 to one in 2048.

It also gives you a 100% chance of digging up a gorgeous box that contains a shiny statue. This chance boost runs out after you dig up three gorgeous stone boxes. 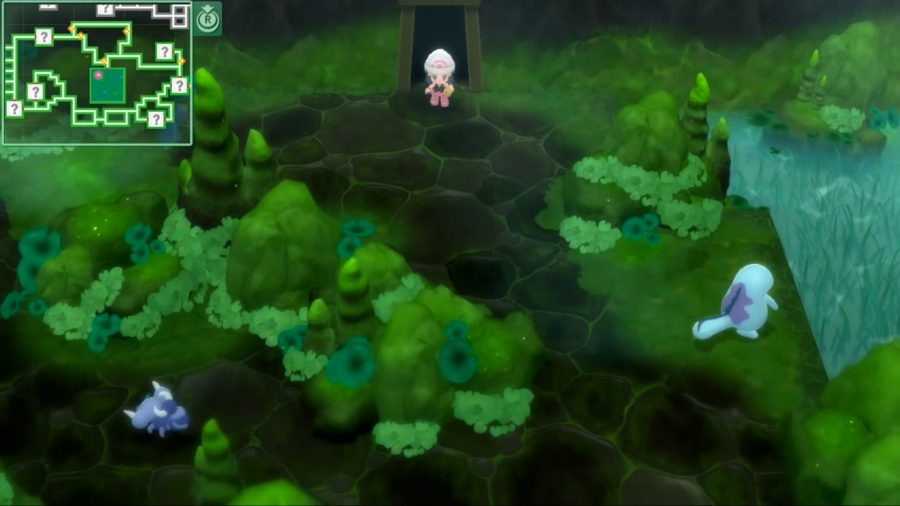 A brand new feature in Pokémon BDSP is the Hideaway system. These are unique biomes that appear underground, allowing you to find a variety of rare Pokémon specific to each type of biome. A lot of these critters are exclusive to their hideaways, and they have a chance of coming packaged with one of their egg moves right out of the gate. There are different unlock requirements that will cause new Pokémon to appear in various Hideaways underground. They are:

When you go into a Hideaway, there’s also a chance of encountering a rare spawn, which is a Pokémon not in the Sinnoh Pokédex. 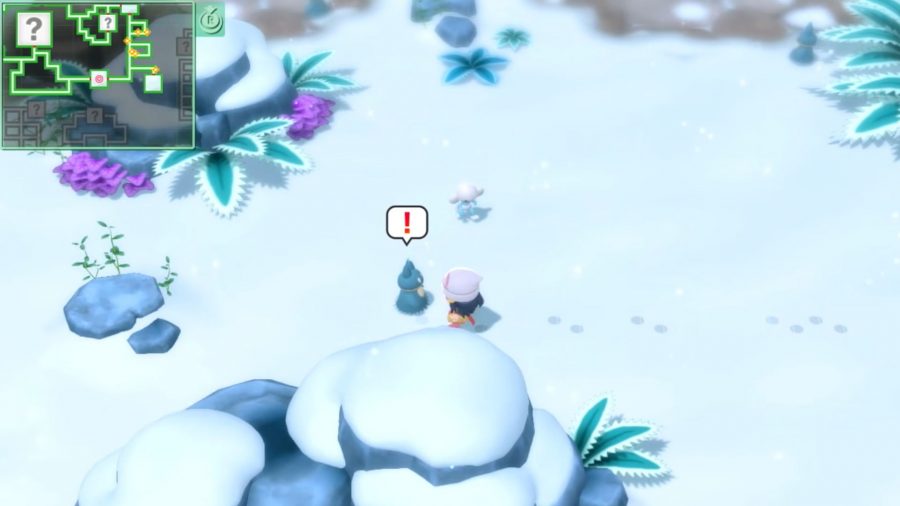 When you encounter a Pokémon in a Hideaway, its level is based on yours. Check out the requirements for each level cap below.

In the Grand Underground, Pokémon Hideaways can have different biomes that affect the Pokémon that spawn there. Here’s a full list of biomes and the Pokémon that appear there, along with their requirements. 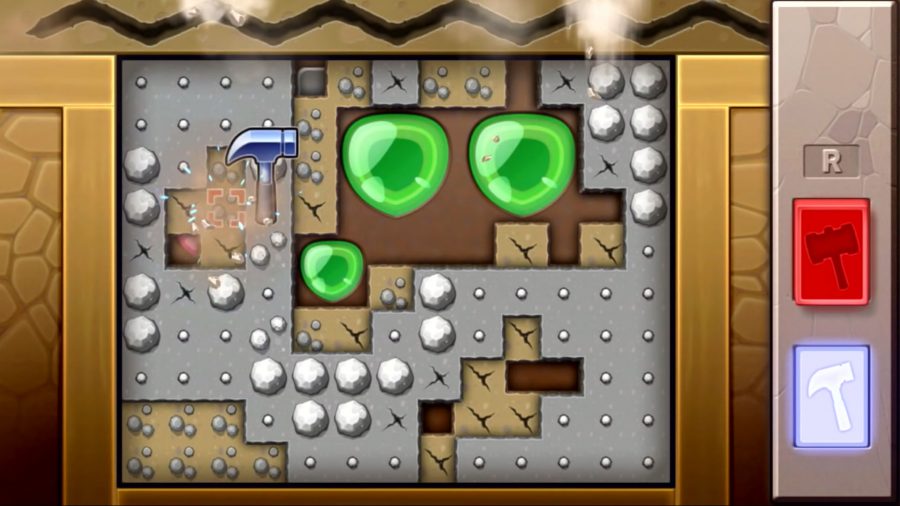 Digging makes its return to Pokémon BDSP, and is pretty much unchanged. Simply use your radar while wandering around the Grand Underground, to highlight spots that can be dug up. This will start a minigame.

The minigame tells you the number of items hiding in the square on the screen. Then it’s up to you to hunt for the goodies with your Explorer Kit’s trusty pickaxe and sledgehammer! The sledgehammer removes larger sections of rock quicker, but causes the walls to collapse faster, whereas the pickaxe chips away small pieces, while dealing very little damage to the walls.

There’s a crack at the top of the screen that acts as a meter. When the crack reaches all the way to the left side, the walls will collapse, and you’ll be able to claim what rewards you’ve dug up. Check the lists below to see what’s up for grabs. 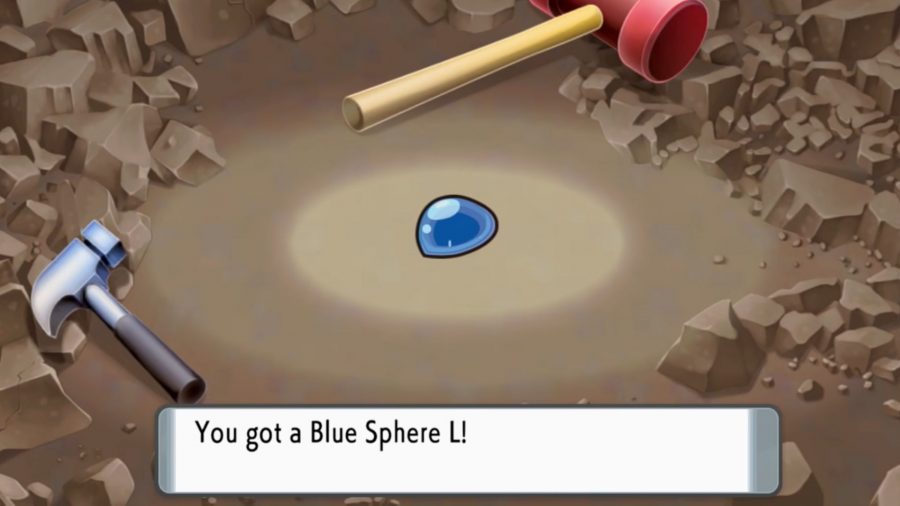 You can trade any spheres you find in the Pokémon BDSP underground vendors to get items, TMs, larger spheres, and loads of other neat stuff – some may even expand the size of your secret underground base. They change their items randomly each day, so be sure to keep an eye out for the top deals!

Plates are held items that come in a variety of types. They are stone tablets that boost the power of specific Pokémon types’ moves, and they are all classed as very rare drops. Here’s a list of all the slates you can get, and the type of Pokémon they can boost.

If you dig up a fossil in the Grand Underground, you can have it revived in the Oreburgh City Museum to turn it into a new Pokémon friend. These are the different fossils you can find, and what Pokémon they revive into. 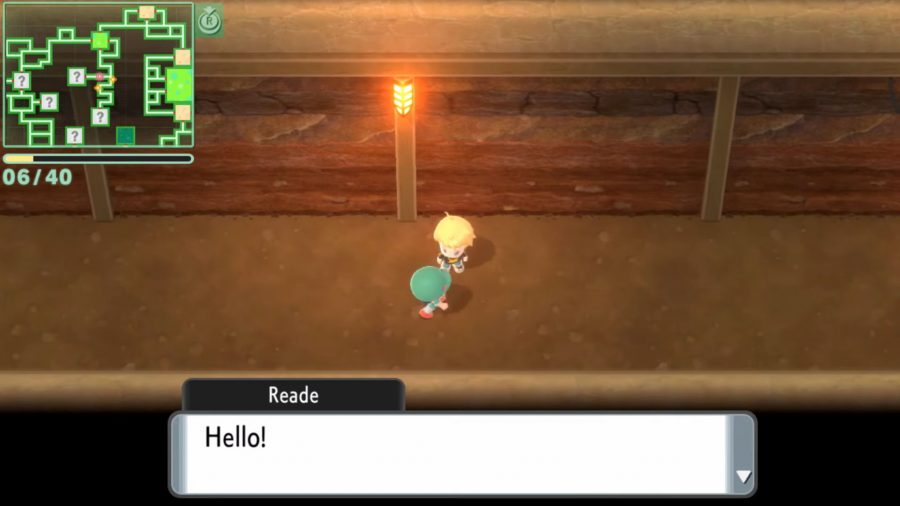 As part of the questline needed to unlock Spiritbomb, after placing an Odd Keystone in the Hallowed Tower, you need to talk to 32 different NPCs in the Grand Underground. They spawn at random places, so unfortunately we don’t have a map of the NPC locations – you’ll have to do some legwork! Sphere Traders and Hikers that sell items don’t count towards your tally either. 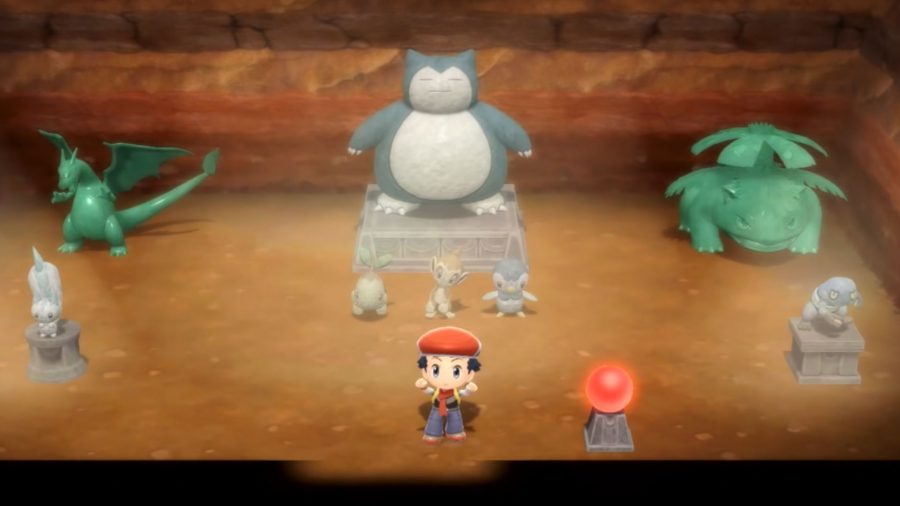 If you played the previous versions, you’ll be familiar with secret bases, but the Pokémon BDSP underground secret base has had a bit of a revamp. 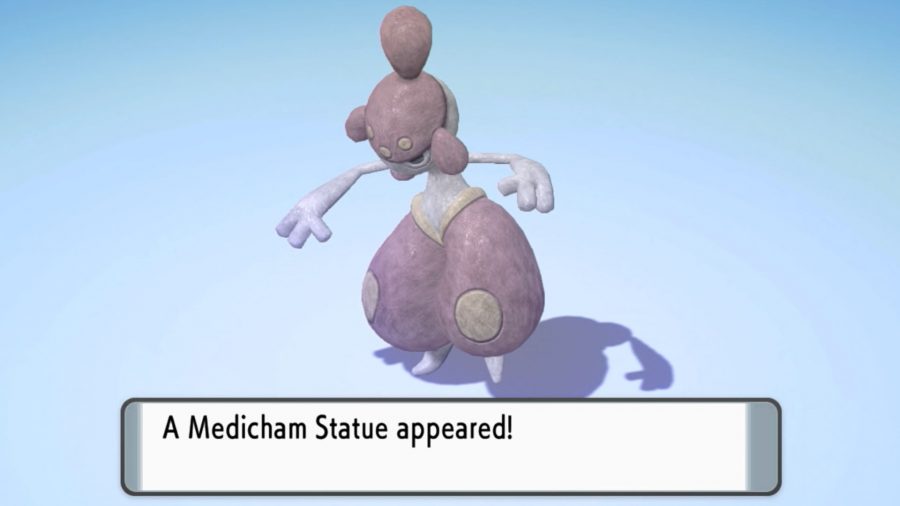 When your base is built, other players can come to visit, and you can also decorate it. But instead of furniture like the previous versions, Pokémon BDSP statues are your new choice of decor – and they’re much handier than the furniture.

The statues you place in your secret base affect the Pokémon you encounter in the hideaways, so if you’re looking for Pokémon of a certain type, be sure to place as many of the appropriate statues as you can – for example, if you’re want to catch some water-types, aim to place water-type statues like Squirtle, Wartortle, and Totodile. You can place 18 statues at a time, and only one boost can be in effect. The type with the highest value (more statues, special coloured statues, etc) will always take priority when it comes to boosts, so be mindful of what you place in the base to maximise the benefit.

There are three types of statues, with varying levels of effectiveness.

And that’s everything you need to know about Pokémon BDSP underground. While you’re here, why not check out our list of the best Switch adventure games for more fun on the move and at home.