The Pokémon series has taken a gigantamax-sized leap forward with the arrival of its latest entry, as Pokémon Legends: Arceus lets you explore a wide-open world in the land of Hisui. There are dangers involved with exploring alone, however, and one of them is the mighty, red-eyed beasts known as alpha Pokémon.

Found wandering the environment stalking their next prey, alpha Pokémon are high-level opponents and are ready to fight. You can easily spot them by their glowing red eyes, but you’ll want to try and avoid them unless you’ve got a powerful team at the ready. Battling and catching them isn’t impossible though, you just need to know what you’re doing with help from our Pokémon Legends: Arceus alpha Pokémon guide.

So, stay on your toes, build the best team you can, and with a little bit of help, you can make those alpha Pokémon look like a beta. Not to mention, alpha Pokémon can make powerful new additions to your team and help you further explore and uncover the hidden corners of the Hisui region.

How do I catch Pokémon Legends: Arceus alpha Pokémon?

While they’re formidable foes, you can catch each and every alpha Pokémon in Pokémon Legends: Arceus, just maybe not straight away. While we haven’t totally confirmed it yet, it seems that the ability to capture alpha Pokémon is tied to your star rank, subsequently unlocking the ability for higher-level Pokémon to obey you. Once you reach five star-rank for example, Pokémon up to level 65 will obey you. 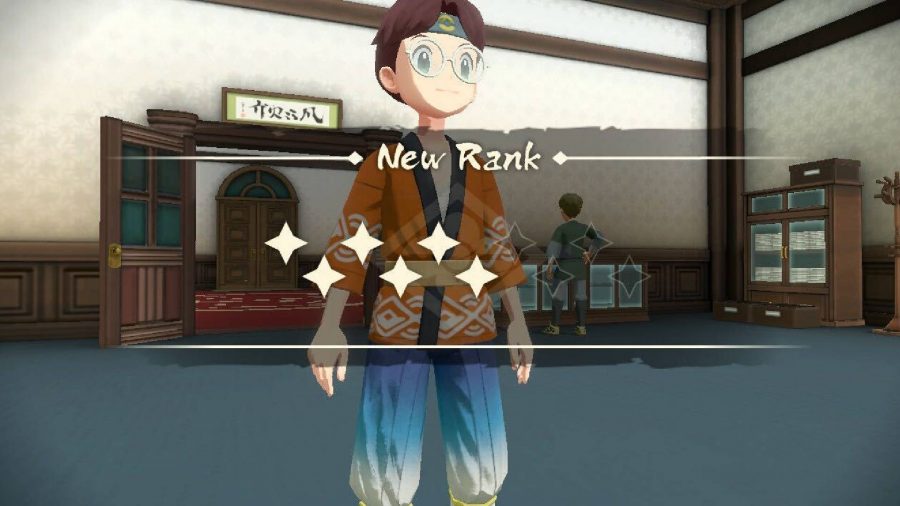 As you find alpha Pokémon out in the wild, when you want to see how likely you are to catch them with a specific pokéball, you should ready the ball with ZR and focus with ZL. If you’re hidden and not engaged in combat, then you should get a small diamond-shaped symbol telling you how likely you are to catch the Pokémon. An X means it’s not possible, a red diamond means unlikely, a yellow diamond means fairly likely, and a green diamond is very good odds. 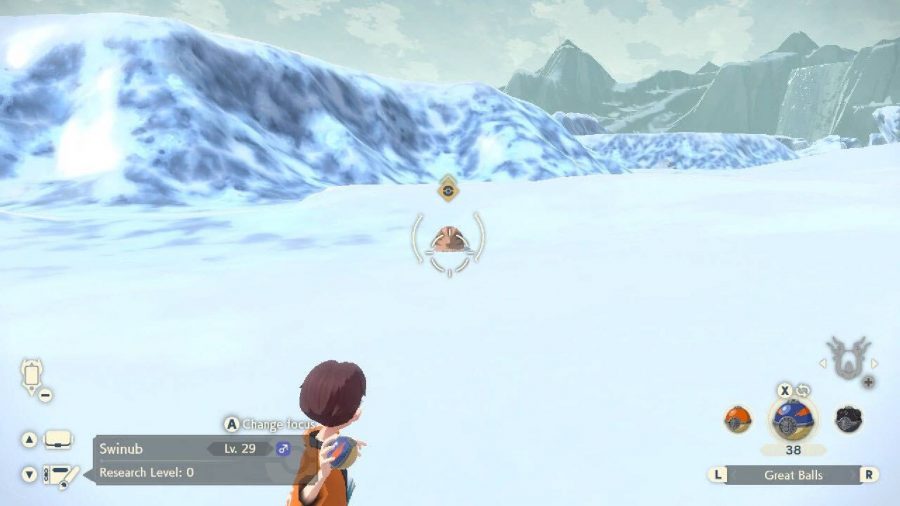 Considering the strength of alpha Pokémon, it may be better to treat them as a stealth mission and avoid confrontation. It’s also very annoying if you accidentally knock one out, so a sneaky approach can be the best one. The best way to tackle this is with three key items, smoke bombs, stealth spray, and cakes.

While alpha Pokémon are more aggressive than regular Pokémon, you can still sneak up on them. Use the same tactics as any other encounter, hide in long grass, and utilise items like stealth spray and smoke bombs. Stealth spray makes you slightly more hidden for a short amount of time, and a smoke bomb acts like tall grass, but can be dropped anywhere, allowing you to sneak up to a Pokémon from any angle. 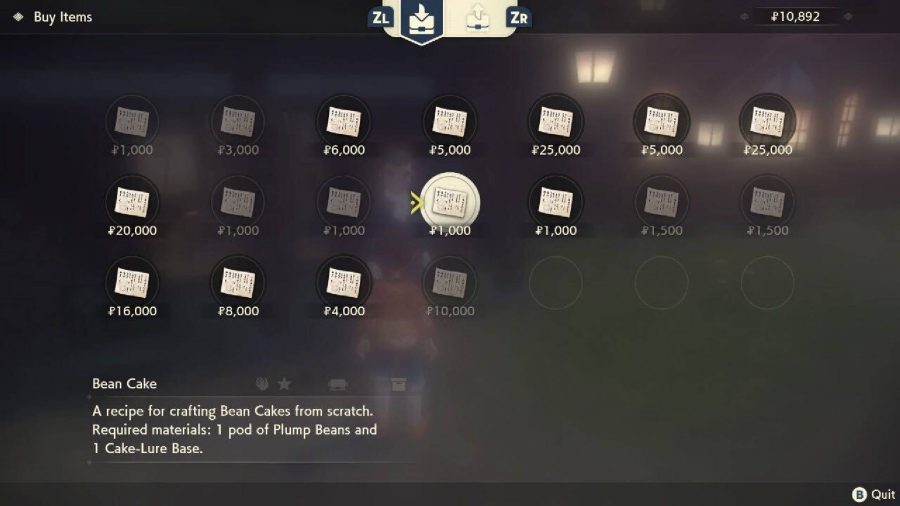 Next, you want to utilise oran berries or cakes. Oran berries are fairly multipurpose and will distract any Pokémon. Other berries have different effects, but oran berries are the most easily found, so you’ll often have a hefty supply of them. Next is cakes, which you have to unlock by progressing through the story.

In Jubilife village, opposite the entrance to the main building, you can find a man who sells crafting recipes and materials. When you see them, make sure you pick up the recipes for different cakes, as certain Pokémon absolutely love these. You can also pick up the necessary crafting ingredient – the cake base – from other vendors in the village. If you have enough pokédex data on a Pokémon then you can easily figure out which cake they like. For instance, if you know they like honey, then a honey cake will make them very happy. 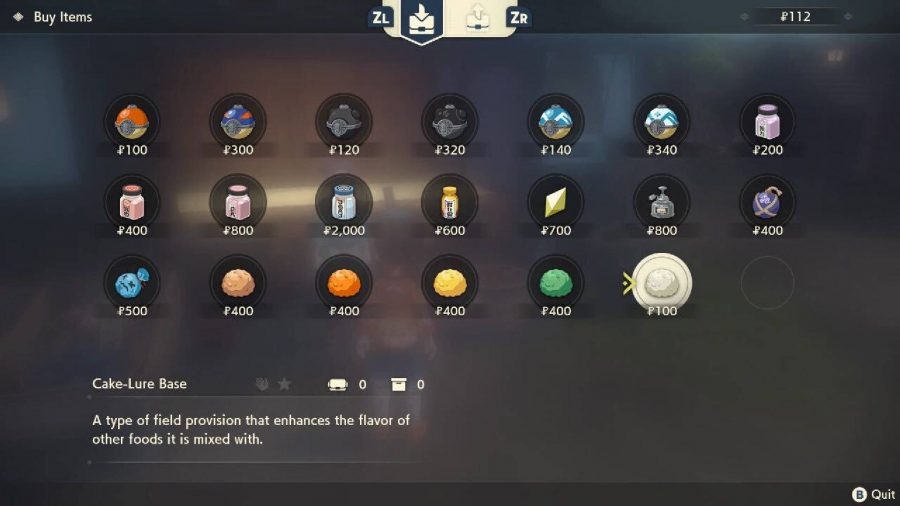 If you don’t have the data you need, you can read the descriptions for each cake, and try to use common sense to deduce which will work best for different Pokémon types. It seems these are based on the egg types, so if you know which egg type a Pokémon belongs to, this will be much easier. Using the same technique as earlier, it’s best to sneak up on alpha Pokémon however you can to avoid battling, and then throw a cake of their desired food type.

Now, as long as you’re a high enough star rank, if you manage to throw the perfect cake in front of an alpha Pokémon, then this is your chance. Get the best pokéball for the job (great balls or ultra balls if you have them, heavy or leaden balls for huge pokémon etc), and get behind the Pokémon to surprise them with a backshot. Once again, when holding the pokéball with ZR make sure you use ZL to gauge whether or not you have a chance of catching them. If you’ve successfully snuck up on them, and distracted them with their favourite food, you’re now in with a fantastic chance of catching one of these magnificent creatures.

Once caught, alpha Pokémon act like any other Pokémon, so if they’re capable of evolving, then you can evolve them later. One early Pokémon is alpha Shinx, who you can catch and evolve into Luxray, and they’ll even retain their alpha status. However, most alpha Pokémon are already the highest possible evolution in their particular chain. For instance, you find alpha Kricketune early on, or alpha Walrein, both Pokémon that can’t evolve any further.

Anyone who has played Pokémon Gold & Silver will remember what a pain Blissey is normally, so when you discover the alpha version, well you know it’s not going to be an easy fight. While this is a particularly difficult fight, alpha Blissey is actually found in the very first area of the game, the Obsidian Fieldlands. Specifically, in the hill regions to the northeast of Obsidian Falls. Naturally, you’ll need the abilities of later companion Pokémon to reach this region. 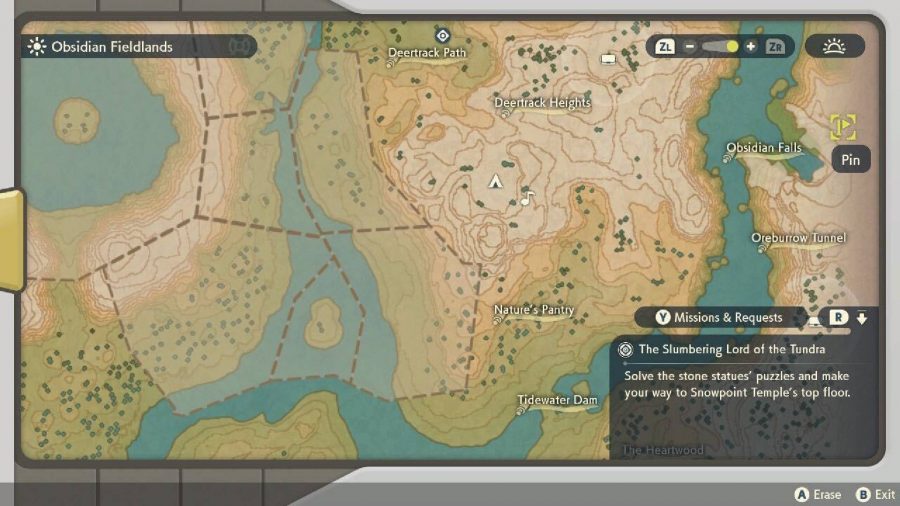 Before you reach Blissey though, it’s essential to make its favourite food. Blisssey absolutely loves honey, so you need to make honey cakes. If you haven’t collected enough honey, then you can often buy it from the vendors in Jubilife Village, and as mentioned earlier, honey cakes are unlocked by purchasing the crafting recipe. Grab a few of these, and depart for Obsidian Fieldlands.

When you finally get close to Blissey, it’s best to quickly turn off autosave, and manually save, so if anything goes wrong you can reset. Next, hide in the tall grass to the west of Blissey, and use a stealth spray if you want to further help avoid detection. Now, throw a honey cake a decent distance from yourself, specifically so that as Blissey walks towards it, they’re facing away from you. While Blissey is distracted by the cake, sidle around behind them, angle yourself perfectly to nail a backshot, and if you’re using a good enough pokéball then the diamond should be green. So throw and hope for the best!

Alternatively, you can battle Blissey if you have powerful enough Pokémon, but at level 62 and with monster stats, this is a challenging battle. Blissey is a pure normal-type Pokémon, so is best fought with fighting-type moves. Staraptor with close combat, or an Infernape with a similar move, are both really effective. Just remember that Blissey has a huge HP pool, so this fight will take a while. Good luck, and when you do capture Pokémon Legends: Arceus Blissey, you’ll be rewarded with mountains of EXP, making this a great way to quickly level up if you’re training newly hatched Pokémon.