In Pokémon Unite, Snorlax is a powerful tank, with brilliant defence and high HP. If you pick Snorlax, you will have great potential for interrupts, and not only take a beating, but dish one out too. If you’re looking to use this rotund wrecking machine to its full potential, you’re in the right place.

In our Pokémon Unite Snorlax build guide, we will give you an in-depth look at this champ’s moves, build, best items to pick, and some strategic tips to carry you through your match. As is the case with a lot of Pokémon Unite characters, Snorlax is pretty weak in the early game, but scales well from mid-game onwards. With the ability to block attacks and protect squishier attackers, Snorlax is a great asset to any team.

What are Pokémon Unite Snorlax’s moves?

Snorlax’s main focus is to protect the attacker. Your damage is not the best, but you make up for it with tankiness, so your priority should be to jump between your attacker and the enemy, body blocking them and allowing your attacker to escape without losing any points. Snorlax takes a while to level up, so keep farming wild Pokémon until level six, working only with attackers to defeat enemies and score goals before you get there.

As mentioned above, you have a great kit for disabling opponents, especially those who overextend into your territory. In most situations, it’s best to play defensive, and only go in for a kill if the enemy is low on health. Try to avoid fighting alone until you get your more offensive moves, as, although you have high health, you don’t pack enough of a punch to out damage an enemy attacker alone.

MOBAs always require a certain level of flexibility depending on your team and enemies. You can check out a description of each of the moves below, and find out which we generally recommend to make the most of this tanky beast. 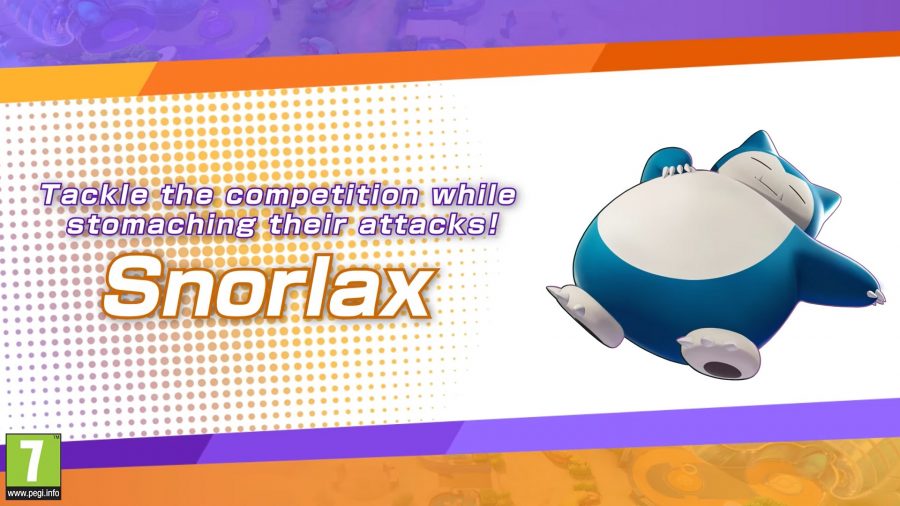 In the early stages of a match, Snorlax is quite weak. Rest is not the strongest ability, and is very situational. It offers some HP regeneration but is not a reliable heal, so it’s best to mostly use it to block enemies in chokepoints, allowing your teammates to escape or score a quick goal. Tackle can be used to knock opponents back and stun them briefly. It’s useful for closing a gap between you and an enemy, especially if they’re coming for your attacker, it’s also a good escape route if aimed manually away from the enemy.

We recommend you pick tackle first, then rest at level three. 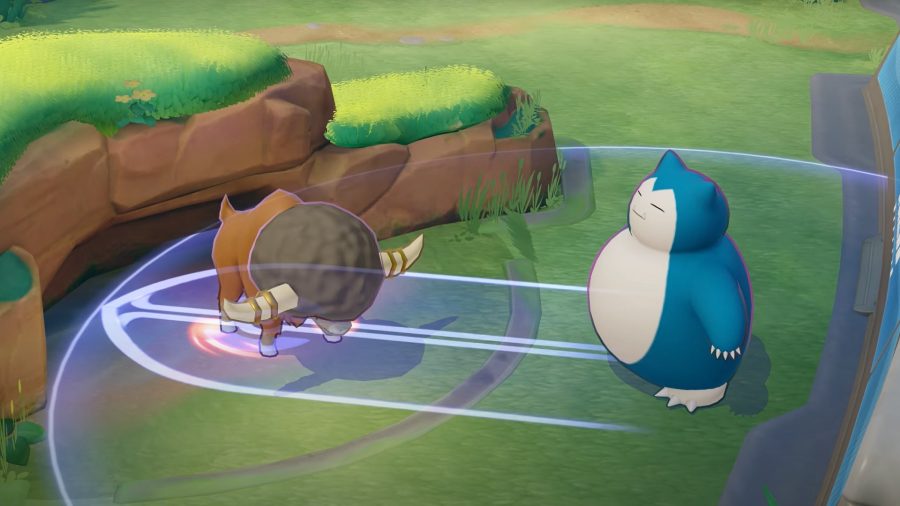 From level six onwards, you’ll start to see an improvement in your offensive abilities. It’s best to choose your level six move to suit the situation at hand, as this will dictate the direction of your build. Heavy slam is a strong offensive move, and will allow you to move more independently due to its high damage. Though your main responsibility is still babysitting your squishier companions, you will be able to secure some KOs and goals using this. On the other hand, flail will increase your attack damage significantly if your HP is low, making it good if you are being pushed back by some strong enemies.

We recommend picking heavy slam in most cases, but go with flail if your team is struggling.

At level eight, your move choices supply you with some strong combo opportunities. Block gives you a shield that pushes your opponents back. It synergises well with heavy slam, as you can do a heavy slam -> block -> heavy slam combo that is brilliant for both offensive and defensive approaches. This can be used to push enemies away from your goal, or protect your team as they score a goal.

On the other hand, yawn synergises well with flail. If your HP drops, pop flail, then yawn at the enemy who is attacking you. Though this doesn’t offer as much offensive or defensive utility as the previous combo, it’s good for stunning and disabling a strong opponent before you deal some nasty damage with your basic attack.

In general, we recommend the heavy slam and block combo, but if you chose flail and are struggling with an aggressive enemy pushing into your territory, go with yawn.

Snorlax’s unite move is super handy for defending goals. It deals a lot of sustained damage and recovers a good chunk of your HP, so is great when you’re left alone against multiple opponents. It doesn’t deal enough damage to polish off multiple full-health enemies though, so it’s mostly useful for standing your ground while you wait for your teammates to join you or score some goals in the enemy base. 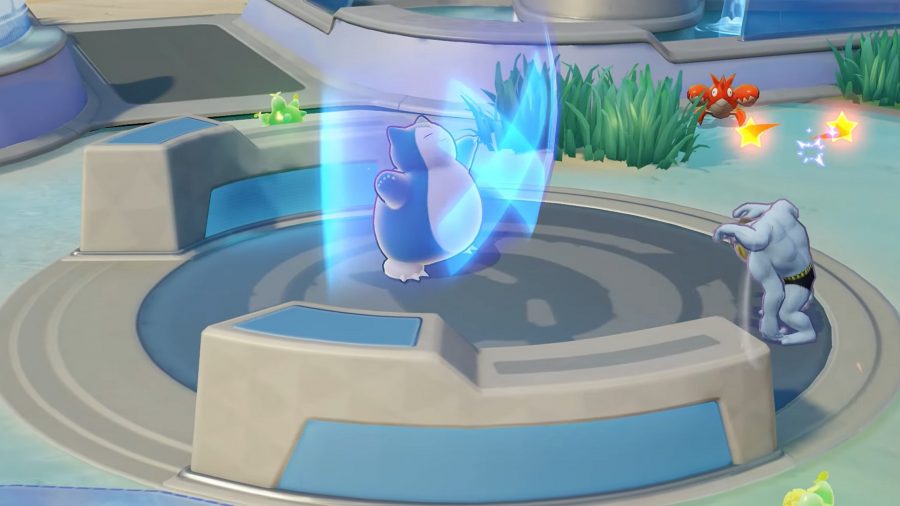 What are the best held items for Pokémon Unite’s Snorlax?

You can choose up to three held items. These are some of the best options, offering you some great defensive utility.

What is the best battle item for Pokémon Unite’s Snorlax?

You can choose one battle item per match, for Snorlax we recommend the following.

If you want to learn more about Pokémon Unite, we have a handy Pokémon Unite guide to tell you all about the game. Or you can check out our list of the best mobile MOBAs if you want a new game to play.