Among Us is a pretty good game, right? If it wasn’t a good game, millions of people wouldn’t be playing it right now. But it can sometimes get a little bit samey. Or a bit annoying. Or, y’know, a little bit meh. If only there was some way to tweak things around, to poke at the insides of Among Us and change things around. If only there was some way you could add a mod menu to Among Us.

Well, there is. Sort of. You can download a version of the game that’s been modded – essentially that means someone has tinkered with the code to open up some new options you can explore. But, and this is a big but, these versions of the game are very much not official.

What we’re saying is, you can absolutely download a modded version of Among Us, but you’re doing it at your own peril. Consider the guide that follows as more of a series of hypotheticals than anything else – this is how downloading an Among Us mod menu might be achieved.

If you’re a fan of this multiplayer sensation, check out our Among Us download guide, have a laugh with our list of Among Us wallpapers, and collect your favourite Among Us skins.

What does the Among Us mod menu do?

The mod menu opens up a load of new potentials for your games of Among Us. You can set it to ensure you’re always the Impostor in games you host, for example. There are other changes too – from letting ghosts wander the levels to getting rid of the cooldowns of a bunch of actions. There’s basically loads of different options that you can play around with.

How do I get the Android version?

Where can I do that?

There are a lot of places offering download links online, but we’d suggest going to the source, because that’s going to keep you as safe as you can possibly be when you’re downloading a hacked version of a game. Platinmods is the best source. You’ll need to sign up for an account though. When you’ve done that, use the search box to look for Among Us. 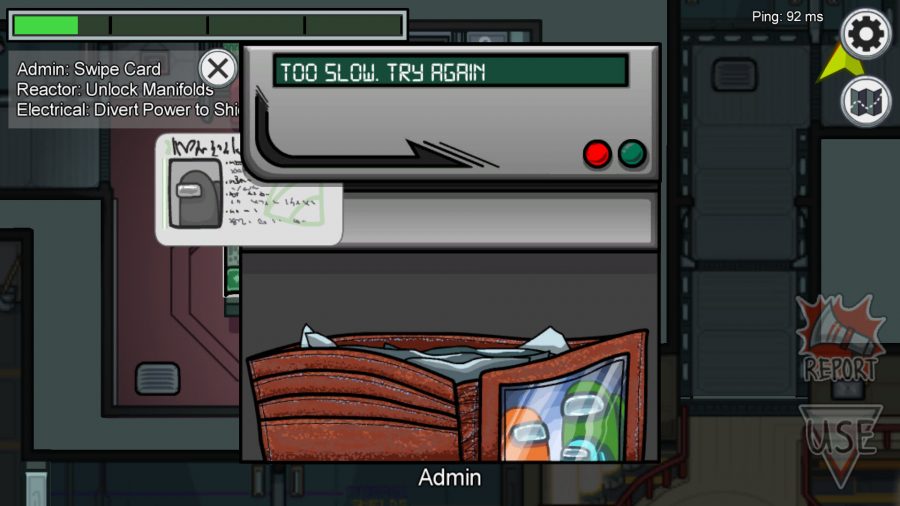 Is there an iOS version?

There is, but it requires you to jailbreak your iPhone or iPad. We can’t emphasise enough how much we don’t recommend you do that. If you insist on going against our advice – please don’t do that though – you’ll also be able to find a mod menu version of Among Us at Platinmods.

What about a Steam version?

There are mods out there for the PC version of Among Us, but again they’re not supported or endorsed by Innersloth. They’re more difficult to find as well, and quite frankly we’d recommend not using them at all. In the future we might see some sort of mod support coming to the Steam version, but right now you’re better off playing the base version of the game on your PC.

And that is all we have on Among Us mod menu. For more great games, check out our picks for the best mobile RPGs here.