In a galaxy far, far away, the forces of Light and Dark are engaged in an eternal struggle for dominance. The former fights for freedom, to keep the galaxy safe from the latter, who seeks to control everyone and everything. We’re, of course, talking about the Star Wars franchise, which is comprised of many movies, comics, games, and television shows. It’s also behind the creation of one of the most popular characters of all time – Jar Jar Binks. Mesa only joking, okeeday.

Seriously though, there are many games out there dedicated to this universe, spanning various eras, and across a range of genres. So, we have to ask ourselves, what are the best Star Wars games on Nintendo Switch and mobile? For the most part, the games in this list are fairly obvious, but some are nice surprises that you might not expect.

If gallivanting around space isn’t for you, perhaps crawling through dank dungeons is. In which case, you should take a look at our list of the best games like Diablo for Switch and mobile. We also have suggestions on the best games like Dark Souls, games like The Witcher 3, games like Skyrim, and best Final Fantasy games if you’re after more role-playing action.

Now, let’s get into our list of the best Star Wars games. 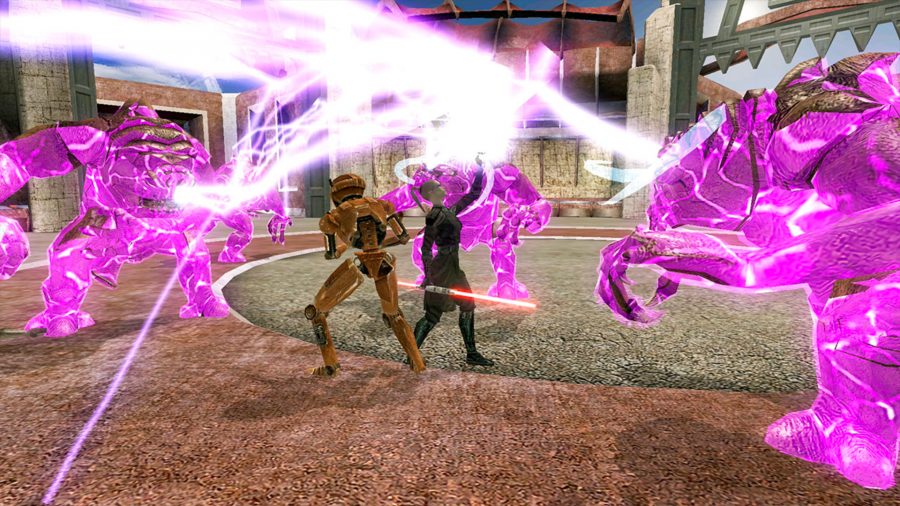 Star Wars: Knights of the Old Republic – Switch and mobile

Knights of the Old Republic is heralded as one of, if not the, best Star Wars games ever made. The force is strong with this one, and you’re free to do with it as you see fit. In KOTOR, you’re not limited to being the good guy, to being a Jedi that must resist the pull of those dark urges. Instead, you can fully embrace the dark side, unleash your powers, and show the entire galaxy why it’s so much more fun to be bad.

The RPG elements of this game are fantastic, from leveling up your character, to the gear and weapons they use. Furthermore, the combat holds up, despite Bioware releasing the original game in 2003.

KOTOR is full of famous areas for you to explore, including Dantooine and Korriban, the locations of the Jedi Academy and Sith Academy, respectively. If you’re a Star Wars fan that wants to forge your own path, and make crucial split-second decisions that alter your destiny, this is a must-play for you. When I think about the paths open to you in KOTOR, I can’t help but think of these words, “give off light, or darkness padawan. Be a candle, or the night.”

Check out our Star Wars: Knights of the Old Republic review if you want to know more. 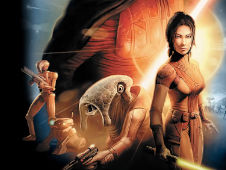 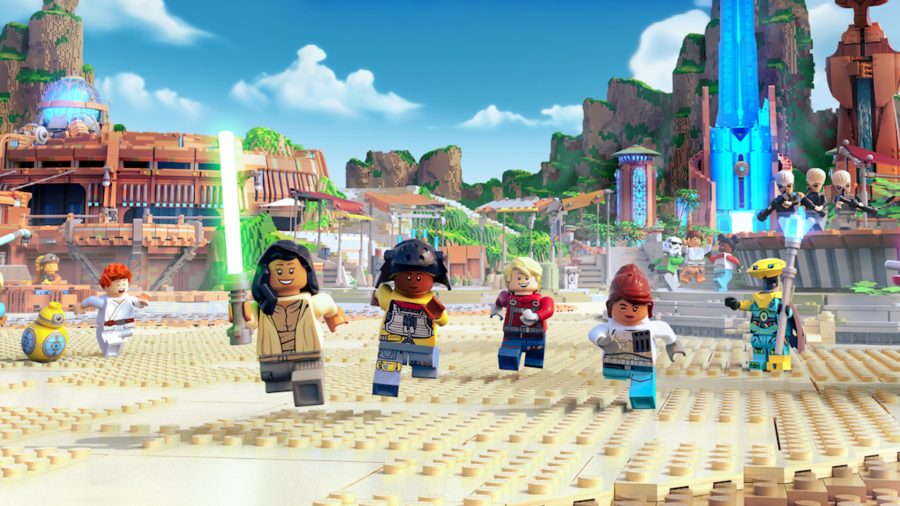 This game made me discover things about myself – please refer to our Lego Star Wars Castaways review to learn more about bricksexuality. Okay, in all seriousness, this is a surprisingly good game, one that deserves your attention if you happen to be an Apple Arcade subscriber.

You wake up on a beach, on a strange planet you’ve never been to before. Soon enough, you find yourself caught up in all the problems that plague the inhabitants of the nearby town. Castaways is full of exploration, quests, and interesting characters, and the fact you can choose how to approach them, and what sort of character you are makes for a unique experience. 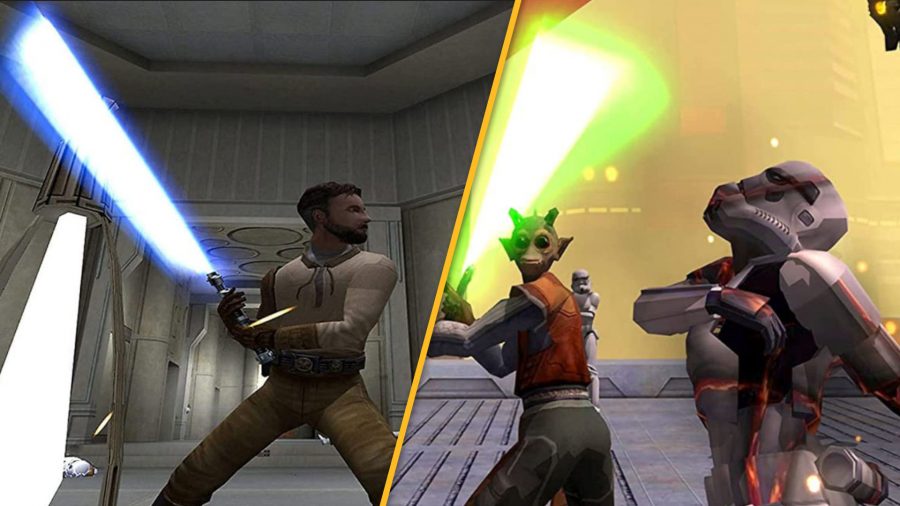 The former of these two games allows you to use a variety of firearms and lightsabers, as well as force powers, to prove your dominance in combat. However, given Kyle Katarn is one with the force, the game emphasises lightsaber use. When it comes to the single-player story, it follows on from the previous game, in which Kyle fell to the dark side, causing him to renounce his gifts.

Now, he’s ready to go on a quest to save the galaxy, once again embracing the Jedi way. Due to having been on both sides of the force, Kyle has access to a wide range of abilities, making combat a fun experience.

As for Jedi Academy, you take on the role of Jaden, a padawan under the tutelage of Kyle at Luke Skywalker’s Jedi Academy. As is the case with this series of games, you learn more about the force as you go, watching Jaden grow, and develop new abilities. Combat works in a similar manner to the previous game, giving you the option of using lightsabers, firearms, and powers.

Of course, how Jaden’s story ends is up to you. Do you remain strong, and continue to be in the light? Or, do you venture in the darkness, allowing yourself to fall to the brink, to the point of no return? 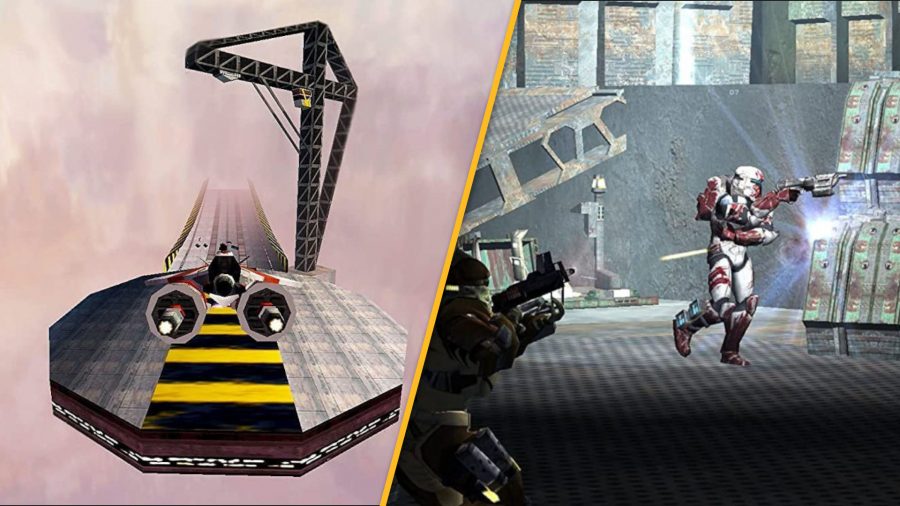 Another two in one collection for Nintendo Switch, except Star Wars Racer and Star Wars Commando, are entirely different games, though I’d argue that’s what makes this collection worthwhile. You see, for the price of one, you get two vastly different experiences in the Star Wars universe.

As the name indicates, Star Wars Racer is a racing game that takes influence from the pod racing in Star Wars: Episode I – The Phantom Menace. As such, you can find all of the racers and tracks from the movie here, as well as new ones designed specifically for the game. Some courses are on Tatooine, while others take you to distant planets. It’s your typical racer. Speed around a track, use turbos, and try not to blow up.

If you love Star Wars and first-person shooters, Republic Commando is the perfect game for you. In this tactical title, you take on the role of Boss (RC-1138), the leader of Delta Squad, a small team that consists of four genetically-modified clone troopers. In the single-player campaign, you must lead the squad through various missions that take place throughout the Clone Wars. 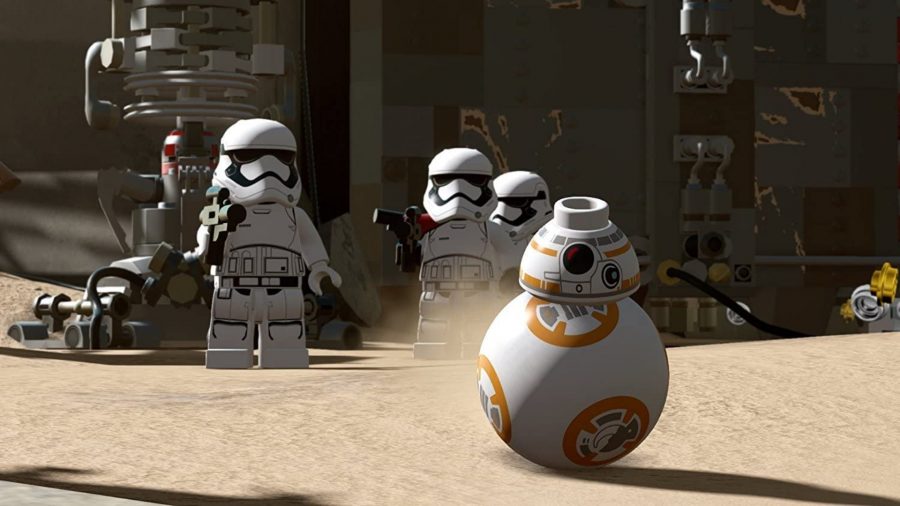 If I’m honest for a second, there’s never going to be a Lego game I don’t like, and if it happens to be Star Wars, then that’s even better. As the name of the game suggests, this is Lego’s take on Star Wars: The Force Awakens, the first of the movies in the sequel trilogy. As such, you get to explore bricky versions of Jakku, Takodana, and D’Gar, all of which are small open worlds.

If you’ve played any Lego game, you know what to expect. There’s so much to do in this game, and it’s full of characters to collect – more than 200, in fact. These include Rey, Finn, Poe Dameron, Han Solo, and Disney’s most fabulous princess, Kylo Ren. Oh, and how can we forget BB-8, that little droid is the real MVP. 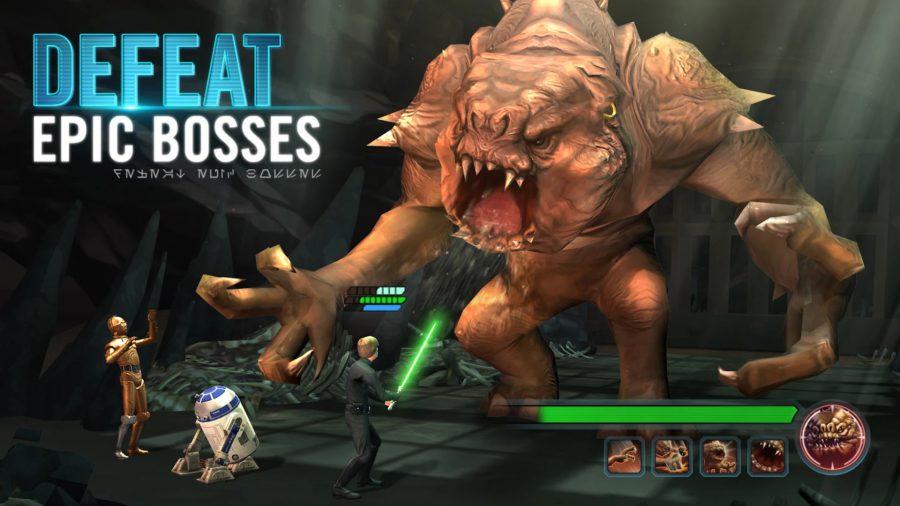 This game lets you live your best Star Wars life, allowing you to go to war with both light and dark side characters. Better still, the heroes and villains available don’t belong to just one era. You can use champions from the original, prequel, and sequel trilogies, as well as from spin-off movies such as Rogue One: A Star Wars Story.

In essence, you need to collect characters and starships – such as the Millennium Falcon – and put together a team that can survive on the battlefield. You have complete control, and can customise your squad as you see fit – may the force be with you.

There you have it, the best Star Wars games on Switch and mobile. We don’t know about you, but we always fall to the dark side when given a choice. What can we say? They just seem to have a lot more fun.

For more great games, check out our lists of the best mobile RPGs and best Switch RPGs – the galaxy is full of adventures, some are even on earth.